For more than a decade now, mythology has had a colossal resurgence in popular culture. From the God of War video games to Thor: Ragnarok, kids and adults around the world are devouring every movie, TV show, and video game based in mythology.

But, for those of us wanting to dig a little deeper, there are some amazing books on mythology to discover and devour.

For hundreds of years, writers and historians have been documenting stories and creating books on Greek mythology, Norse mythology, and more.

And, right now, some of the best writers around have started doing the same. They’re taking mythology and imbuing original novels with it, or they’re retelling the old stories with fresh energy.

Quick note: These books cover our personal favourite areas of mythology: Norse, Greek, and Japanese. We aren’t experts in other mythologies (yet) so we’re sticking with these three for now.

Offer: Try two of these books for free with a trial of Audible.

And it is so deliciously dark and brutal. The Norse eddas and sagas have recently been studied and rewritten by writers, filmmakers, and game designers with phenomenal results.

So, here are four fantastic books on Norse mythology.

Neil Gaiman, an author I owe a lot to, has been leaning on the Norse gods since the beginning. From his Sandman comics to his magnum opus American Gods, Loki and his sons have been in the background of his tales.

And so, it makes sense for an author like Gaiman to rewrite the best stories from Norse mythology.

This book is a short, simple collection of Norse myths, most of which centre around Loki and his schemes. They’re very basic tales that give a clear and straightforward introduction to the gods of Nose mythology. This is a great pick for your first book of Norse mythology.

The Gospel of Loki by Joanne Harris

This novel is the perfect follow-up to Neil Gaiman’s Norse Mythology. Joanne Harris is a national treasure who has penned some of the must grounded human stories, but here she turned her eye to mythology and delivered a very smart and witty novel.

Read More: 7 Books and Comics to Read if you Love Good Omens.

The Gospel of Loki is what you get if you take the Loki-centric stories from Norse Mythology and thread them together with one leading narrative, creating a fluid and progressive story.

This book is the whole saga of Norse mythology turned into a singular tale. That tale is also told from Loki’s perspective. It’s smart and bursting with fun.

Buy a copy of The Gospel of Loki here!

This is the perfect book of Norse mythology for children. It’s very similar to Neil Gaiman’s Norse Mythology, only written with children in mind. This means the book is illustrated with huge, charming, and hilarious drawings that capture the bizarre world of the Norse gods.

In fact, even attempting to put on paper the almost unbelievable events of these stories is an incredible achievement. This is what makes D’Aulaires’ Book of Norse Myths worth reading even if you’re not a child.

Buy a copy of D’Aulaires’ Book of Norse Myths here!

How do you make the old myths relevant to modern times? Let one of 20th century Britain’s most unique authors show you how.

Ragnarok uses the framing device of the Thin Girl, a young English child who has escaped to the countryside to avoid the falling bombs of World War II, to tell the story of Ragnarok: the end of the Norse gods.

Our protagonist, while hiding in the countryside, finds a book of Norse mythology, and from here we are retold the story of Ragnarok, all the while having the story reframed by the girl trying to stay alive in the midst of war.

It’s a short, smart, enthralling novel that blends fiction and mythology with the realities and tragedies of life.

Buy a copy of Ragnarok here!

The Greek myths are, by far, the most celebrated and known stories of world mythology. Everyone knows something about Zeus, Herakles, Ares, Apollo, Athena, Icarus, Jason, Theseus, I could go on and on.

But what, exactly, are their stories? Where do they come from and what do they do with their lives? These are the books on mythology that explore those stories.

The Greek Myths by Robin Waterfield

This was the first, and still the very best, book on Greek mythology that I ever read. I picked it up in a tiny, little bookshop in South Kensington and tore through it on the train home.

This is a book that’s detailed, faithful, but backed up by energy and adoration for the subject matter.

Robin and Kathryn Waterfield are perfect at hitting that balance between thorough and academic writing vs eye-opening and exciting stories.

The Greek Myths isn’t overly long, and it encompasses everything you’d want to know about the Greek myths and legends. I can’t recommend it highly enough.

Buy a copy of The Greek Myths here!

I was thrilled when this book was announced. I enjoyed Neil Gaiman’s Norse Mythology and I am a huge fan of Stephen Fry’s command of the English language.

However, something I didn’t know and you certainly should know is that this book is targeted more towards children. As a book of Greek mythology for children, it is perfect; one of the best Greek mythology books for kids that you can buy.

Mythos goes chronologically through the world of Greek mythology, beginning at zero and telling the stories of the Titans and the Gods as it goes.

Fry’s writing is sweet and charming, but very much aimed at a younger audience. So, if you have kids, this book is a dream.

Buy a copy of Mythos here!

Percy Jackson and the Lightning Thief by Rick Riordan

Another one of the best Greek mythology books for kids is Percy Jackson. In fact, like the Harry Potter series, this is a collection of children’s books.

If your child is a fan of Greek mythology but doesn’t want to read the stories by themselves, this series is a great alternative.

Rick Riordan’s series of Percy Jackson books is hugely successful. It brings the Greek gods to the modern world and takes young readers on a wild ride that’s larger than life.

If you have boys who aren’t reading as much as you’d like them to be, this series is a great choice.

Japan is our specialty and our passion. We spend most of our time exploring Japanese literature, food, language, history, art, and so on. And we’ve noticed that Japanese mythology is becoming more and more popular in the west, thanks to video games and anime.

Japanese ghosts and monsters (yokai) are more popular than ever, and there are some fantastic books to read if you’re a fan of the huge and terrifying world of Japanese mythology.

Where the Wild Ladies Are by Aoko Matsuda

Translated from the Japanese by Polly Barton

Sixteen stories, each inspired by a single ghost or monster of Japanese folklore, set in modern-day Japan and with a decidedly feminist twist. I ask you: what more could one ask for in a collection of short stories?

Rather than pining maidens and masterless samurai, the protagonists of Matsuda’s stories are disheartened salarymen and bitter young women exhausted by loneliness, isolation, and misogyny.

Where the Wild Ladies Are offers sixteen incredibly human stories about the lives of modern-day Japanese women and men.

There is, quite simply, so much fun to be had with this collection. Many of the stories here provide us with an angle: that of a young woman or man in a strange or difficult situation.

From there it introduces a ghostly presence or a transformative power to befriend, overcome, or embrace.

These are thrilling stories of ghosts and monsters in the everyday. They’re sometimes strange and jarring, especially given the juxtaposition of ape-like monsters and castle-haunting ghosts with modern suit-and-tie culture, but that is simply part of the fun that is to be gleaned from these tales.

Where the Wild Ladies Are never forgets how wonderfully weird the tales of yokai are, and it uses them to offer us a stream of witty, biting, eccentric, and dark tales of feminism in modern Japan.

Buy a copy of Where the Wild Ladies Are here!

The Book of Yokai by Michael Dylan Foster

Yokai are the monsters, ghosts, and demons of Japanese folklore and mythology. They crop up everywhere in Japanese games, TV, and movies.

They inhabit household objects, crawl out of lakes, and haunt graveyards. Yokai are strange, varied, and fascinating mythological creatures. And Michael Dylan Foster is one of the world’s leading experts in yokai.

The Book of Yokai is written with wit, filled with gorgeous and faithful illustrations, and brings to vibrant life all the yokai of Japanese mythology. If you’re looking for a book on the ghosts and monsters of Japanese folklore, this is the book you need.

Buy a copy of The Book of Yokai here!

Chronicle Books have put together multiple collections of tales from every corner of the world and every kind of mythology. Their Tales of Japan is a gorgeous collection full of jaw-dropping original illustrations.

This book takes legendary folktales from Japanese history and rewrites them with a renewed energy for a modern audience.

These stories are told to children; they’re ghostly, romantic, adventurous, strange, and mysterious. A perfect insight into the folk stories of Japan.

Buy a copy of Tales of Japan here!

Lafcadio Hearn was a fascinating writer. Born in Greece and raised in Ireland, he spent his early adulthood as a journalist in the US before moving to Japan later in life.

Once there, he became fascinated with the ghost stories of Japan and, with the help of new friends, he rewrote them and collected them Japanese Ghost Stories for Western readers.

It is thanks to Hearn that we in the West know anything at all about Japanese ghost stories, and they are still some of the most inventive, chilling, and haunting ghost stories from anywhere in the world.

This charming book of Japanese mythology is The Book of Yokai for children. If you have a child who enjoys watching GeGeGe no Kitaro or playing Nioh on their PS4, then this is a great companion book on Japanese yokai for children.

Matt Alt in an expert on Japanese pop culture and folklore, and here he has put together a charming, colourful, and funny book on yokai for kids of all ages. 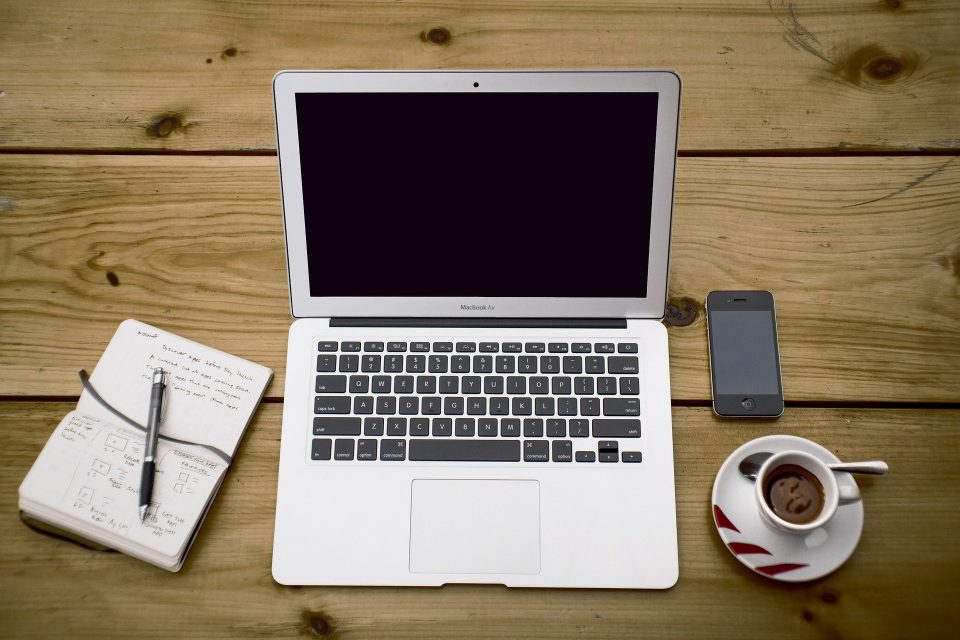 Previous
Getting Started with Book Blogging: Picking a Niche 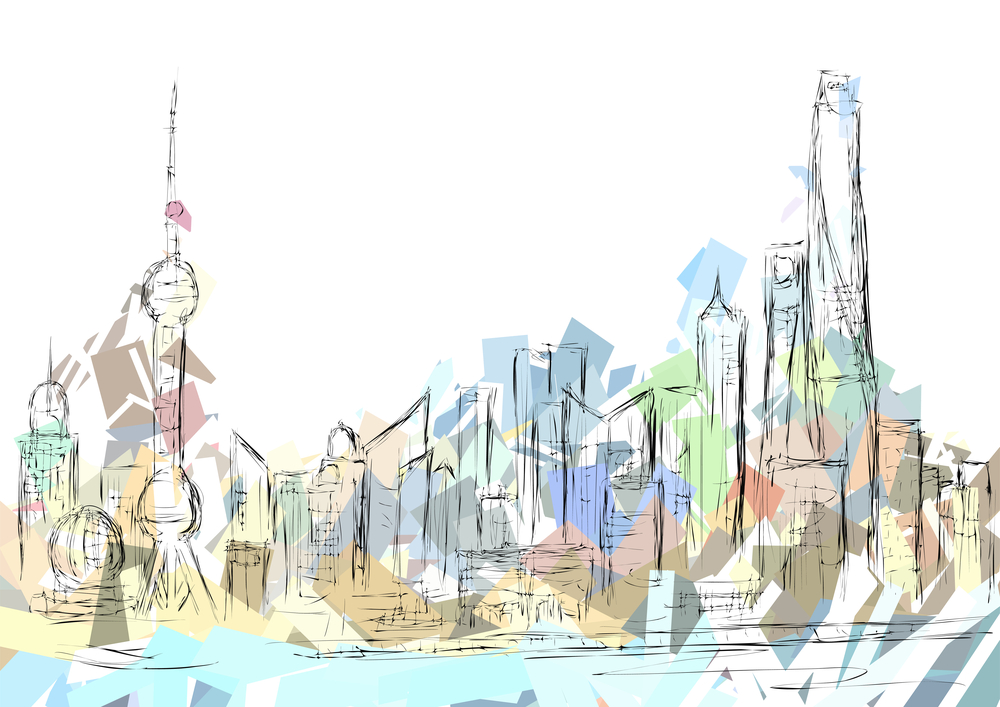 Next
Review: The Book of Shanghai (A City in Short Fiction)
Click here to cancel reply.
As an Amazon Associate, we earn from qualifying purchases at no extra cost to you. This post may contain affiliate links that earn us a commission.