William Shakespeare was the greatest poet the English language has ever seen, wrapping up his poetry in exciting and tragic dramas and folktales. His works have had a greater impact on the Western world than we could ever understand, and a part of that is the world of visual arts. Fans of Shakespeare show their dedication with paintings, animations, and even Shakespeare tattoos.

If you really want to show your dedication to the Bard and his poetry, you can transform his words and his imagery into a lifelong piece of art on your skin. Whatever your favourite Shakespeare play may be, you can get a Macbeth tattoo, a Hamlet tattoo, or even a Julius Caesar tattoo.

Below is a selection of some of the finest Shakespeare tattoos you’ll find anywhere, created by passionate and massively skilled tattoo artists from around the world: artists who are able to take a line of poetry and bring it to life in a creative and spellbinding way. Be inspired by some of these gorgeous Shakespeare tattoos.

Getting Your First Tattoo: Everything You Need to Know

Let’s start this list off with one of our favourite Shakespeare tattoos.This is a fantastic example of how to adapt a line or a character from a Shakespeare play without using a single piece of written script. To fans of Shakespeare, it’s clear what this tattoo represents: not just a character but a moment. And to people who don’t know Hamlet, it is still a spectacular piece of artwork, which is what every tattoo should be. Sara Corazon is a phenomenal Barcelona-based tattoo artist and this Hamlet tattoo of Ophelia is one of the finest she’s ever produced. It is nothing short of mesmerising. The deep blacks, facial details, and textured line work is absolutely gorgeous.

The Tempest is, undeniably, one of Shakespeare’s most exciting and visually unique plays. The island setting, the fantastical and mythical characters, the sublime weather and geography, and the thrilling events of the story. Nothing has more visual potential than a Tempest tattoo, and this particular one by Beck Foster is a perfect example. The watercolour aesthetic and the prominent black linework. Then there’s the vivid but clever marriage of imagery and script. “Such stuff as dreams are made on” is one of the Bard’s most famous lines, and it works so well in tandem with the dreamlike quality of the art here.

If you love the plays of Shakespeare, chances are you’ll be tempted by a tattoo from Romeo and Juliet or Macbeth, but one of the more unique and creative Shakespeare tattoos to go for is one inspired by Julius Caesar. This particular Julius Caesar tattoo by Jordan in West Hartford CT is a simple and subtle blend of a dominating and bold image with a small and famous quote by Caesar himself: “Et tu Brute?” Daggers have been a staple of old school tattoo art for decades, and so incorporating this iconic piece of vintage tattoo art into a Julius Caesar tattoo, with a small Shakespeare quote tattoo along the curve of the blade, is inspired.

Of course, you were expecting a tattoo of Yorick’s skull, and there are many out there in the world, but this particular Hamlet tattoo is one of the finest we’ve come across. Ricardo de Paula is an outstanding fine-line tattoo artist who deserves an awful lot of praise and attention. Getting him to not only design and create one of the most beautiful Shakespeare tattoos, but to also include one of the more obscure Hamlet quotes (“The rest is silence”) was a fantastic choice. This quote is far less recognised but equally as enchanting as some of the more famous lines used in Shakespeare quote tattoos, and we adore it.

If Macbeth is your favourite Shakespeare play (and it’s certainly mine), it can be tough to decide on a suitable tattoo to embody the themes and tone of the play: a bloody dagger? A witch’s cauldron? How about a pair of bloodied hands? Unusual, for sure, but delightfully bleak and playful all at the same time. Charlotte at Heirloom Tattoos in Halifax NS has done a bang-up job of capturing the gloom and melodrama of Lady Macbeth’s character with the deep blacks and even the body language of her hands here. Not to mention the font on the Shakespeare quote tattoo underneath: “Out, damned spot!” An iconic line from an iconic woman by a fantastic tattoo artist.

There are a dozen ways to go about creating a good script tattoo. A lot of it comes down to font, body placement, the length and size of the script, and the words you choose. If something is so important to you that you’d literally wear it on your sleeve, make sure you mean it. This Shakespeare quote tattoo, done at Cloak and Dagger in London, is a line from The Tempest, spoken by Prospero about Caliban, and it is one of the more obscure yet impactful, gloomy, and sublime quote choices as Shakespeare tattoos go.

If you love the works of William Shakespeare enough, you may want to forego getting a tattoo from a specific play or a Shakespeare quote tattoo and, instead, head straight for the bullseye: a literal Shakespeare tattoo. This one, done by Martyna Sliwka in Poland, is not only particularly creative, but also particular excellent. Combining the classic – and most famous – image of a skull with the recognisable features of the Bard himself: his beard, hairline, and ruff. There’s no confusing this skull with anyone by Shakepseare himself; the deep blacks and raw linework make for a fantastic piece of unique and original tattoo art.

This is one of the more colourful and vibrant tattoos on the list. Done by Sarah Hiles in Chattanooga, TN, it smartly combines gothic yet colourful imagery with an iconic quotation from Shakespeare’s Hamlet. A very original Hamlet tattoo indeed, and a savvy way to combine a big and bold image with sentimental and iconic script. I also love this piece in particular because I have a similar candle/lantern tattoo of my own, so there may be a little bias here.

Some people revel in the creative ways in which modern artists and internet-dwellers repurpose classical art and tropes with modern sensibilities. Others scoff at it. If you’re the latter, keep scrolling, but if you’re the former then bask in the quality of this fantastic Shakespeare tattoo, depicting the Bard as he would have undoubtedly looked today, The best thing about this tattoo, done by Wes Vaughn in Edinburgh, isn’t even the goofy charm of it, but rather the clear and unique brand of art that Wes has. The best tattoo artists make their work incomparably unique and unmistakably theirs. Wes has certainly done that here with stark contrasts between black, white, and a single injection of colour, which is subtly added to the edges of the piece to give it a 3-D glasses kind of effect. Love it.

This Macbeth tattoo by Beth Cust is another wonderful example of how to combine an iconic Shakespeare line with some aesthetic and colourful imagery. In this case, it’s a fun pop-gothic image that conjures memories of Macbeth’s conversation with the Weird Sisters. The quotation also comes from Macbeth: “By the pricking of my thumb, something wicked this way comes.” The text and colourful image have been combined to create something that, by itself, is a fun and attractive piece but, for fans of Shakespeare, takes on a whole other level of fun and excitement.

If you love literature, theatre, and poetry, and you’re looking to express that love on your skin, you don’t necessarily have to go for something as specific as a Shakespeare quote tattoo or an image evoking scenes from Macbeth or The Tempest. You can go subtle, broad, yet clear. This example here, created by Nicole Renee in Chicago, is the perfect example for fans of Shakespeare tattoos to study and learn from. This skull, quill, and ink is clearly evocative of Shakespeare, but also of gothic and romantic writers, and English literature in general. It toes the line between vague and specific, and it is also beautifully, elegantly designed and drawn.

If you are looking to really celebrate your love for the man behind the greatest works of poetry in the English language, you can go as bold as you like. And this portrait tattoo of William Shakespeare himself, created by Leelee at Red Elk tattoo, is bold as brass. It takes a classic portrait of the Bard, complete with ruff, cheeky grin, and subtle nod to Hamlet, and not only places it in a gilt frame but also gives Shakespeare a few tattoos of his own. A modern and creative work, for sure, but also a gorgeous piece of neotrad tattoo work and a beautiful homage to the Bard himself. One of our favourite Shakespeare tattoos, for sure. 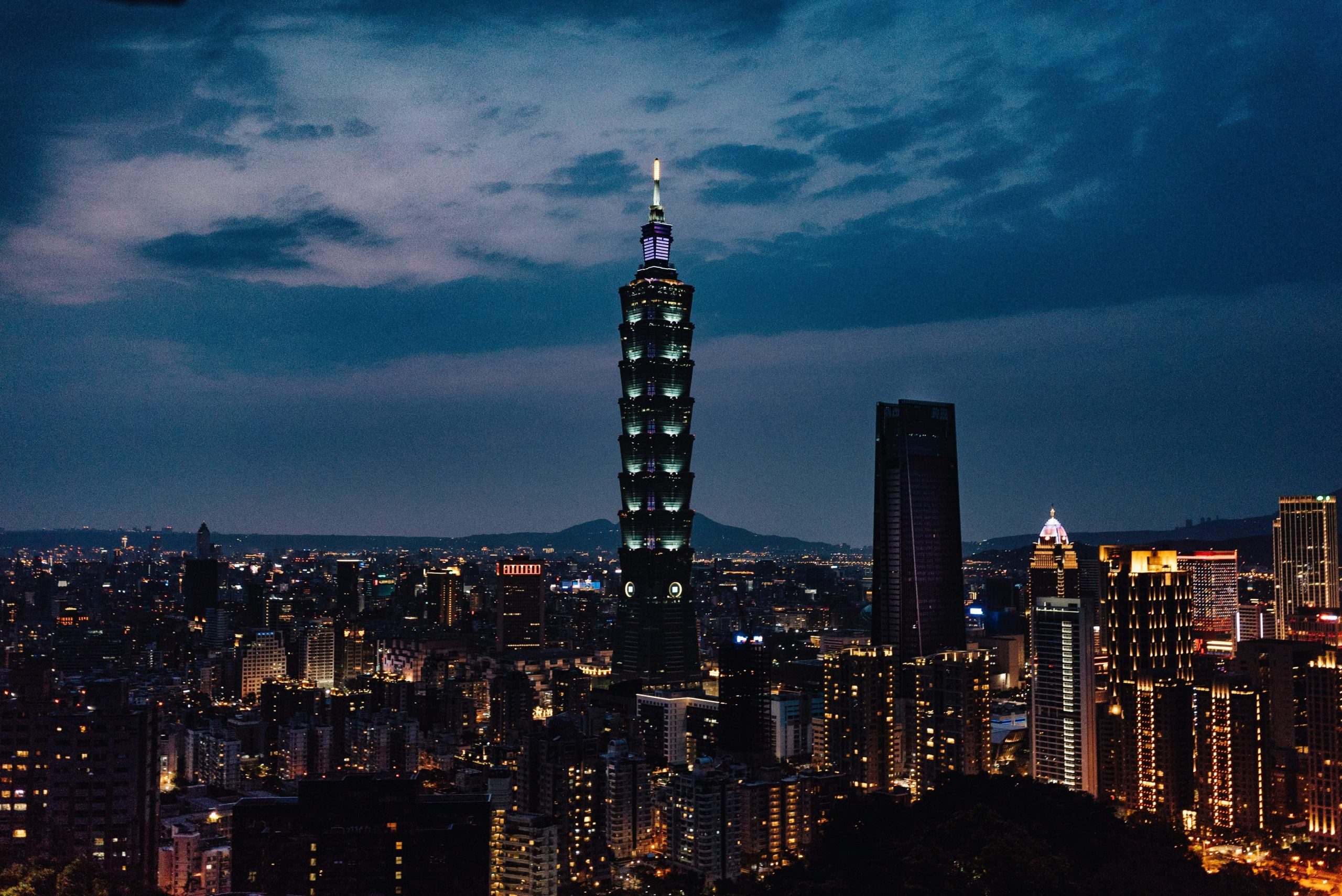 Previous
10 Spectacular Things to Do in Taipei 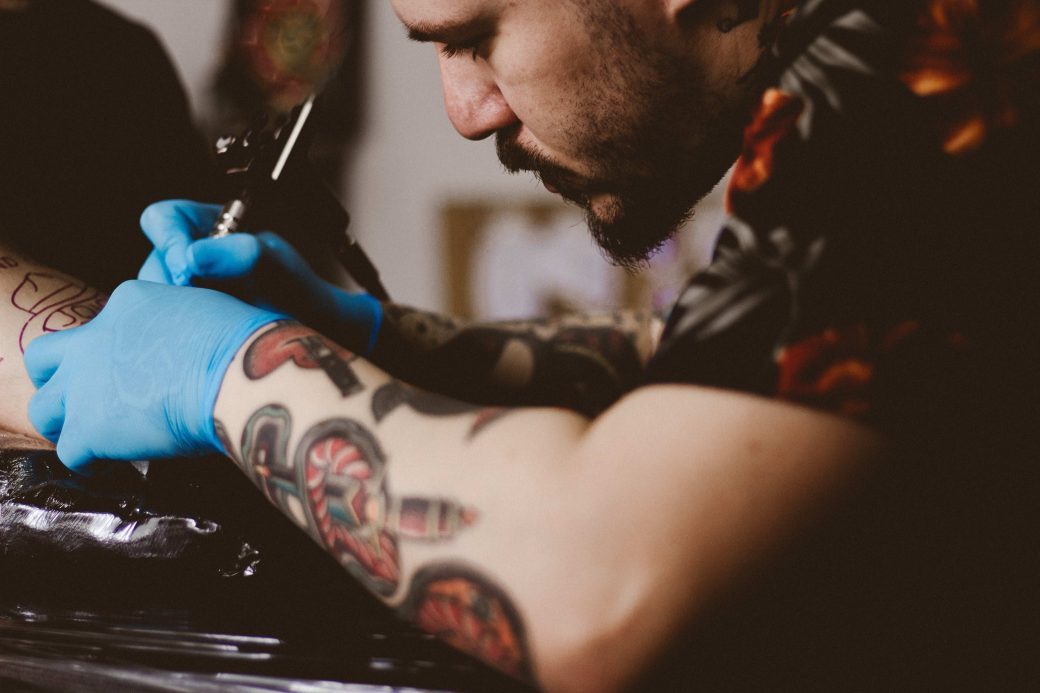 Next
8 Incredible UK Tattoo Artists to Check Out Now
Click here to cancel reply.
As an Amazon Associate, we earn from qualifying purchases at no extra cost to you. This post may contain affiliate links that earn us a commission.