Why You Need to Read Hell’s Paradise: Jigokuraku Manga

Much like how Netflix and HBO sparked a new golden age of TV a few years ago, shonen manga is seeing its own new golden age. In the 90s, there was Dragon Ball. Ten years later, we had the ‘big three’ of Naruto, Bleach, and One Piece. Now, we have series’ like My Hero Academia, Chainsaw Man, and Hell’s Paradise: Jigokuraku manga.

The world of shonen manga is on fire right now with top-tier series like Demon Slayer: Kimetsu no Yaiba, Fire Punch, and Jujutsu Kaisen. Most of these series are currently – or will soon be — enjoying the anime adaptation treatment, as those anime are also slaying it.

While the Demon Slayer and Chainsaw Man manga are very much worth checking out, and are emblematic of the intense quality of shonen manga today, it is Yuji Kaku’s Hell’s Paradise: Jigokuraku manga which is perhaps the most exciting of the bunch. Here’s why.

What is Hell’s Paradise: Jigokuraku about?

Hell’s Paradise: Jigokuraku is a historical shonen manga set at the tail end of Japan’s Edo period. Gabimaru the Hollow is a young, merciless, ninja of legendary skill; a member of the Iwagakure clan.

Orphaned young and then trained to be a ruthless killer with an endless arsenal of skills, he now finds himself with his head on the executioner’s block. The executioner in question is a woman named Sagiri of the Yamada Asaemon clan of samurai executioners.

The Jigokuraku manga’s opening chapter serves to showcase Gabimaru’s skillset and his body’s enhanced strength as a team of executioners attempt to end his life in a variety of horrific ways, all of which fail. Enter Sagiri Yamada Asaemon, whose skill with a blade is such that she should be able to remove his head with a single swing.

Despite his body’s ability to reject execution, Gabimaru insists that he wants to die; that he has nothing to live for. Sagiri, however, sees through his bluster and draws out the truth: that Gabimaru has a wife in Iwagakure whom he loves and longs to return to.

Luckily for Gabimaru, Sagiri offers him an ultimatum: a pardon for his crimes and a life of freedom in exchange for a dangerous mission on behalf of the shogun.

The mission will take Gabimaru and Sagiri to an uninhabited island off the southwest coast of Japan. This island is rumoured to be Shinsenkyo, a fabled paradise.

However, almost everyone who has set foot on the island has never returned. Those who have are monstrously changed into half-dead things, with flowers and branches sprouting from their bodies.

Gabimaru and Sagiri are two of a batch of criminal/executioner pairs who must venture to the island in search of the elixir of life. The dangers they’ll find on the island include each other, given the fact that each of them is a murderous criminal saved — for the moment — from death row.

The Hell’s Paradise: Jigokuraku manga is a blend of Battle Royale and Attack on Titan. Here, we have an island of hardened killers, all out for blood, all after the same goal, and there can only be one winner; one criminal pardoned by obtaining the elixir of life. We also have an island crawling with huge, twisted, titan-esque monsters, the origins of which are a complete mystery.

The title of the Jigokuraku manga — Hell’s Paradise — derives from the simple fact that this island is fabled to be a heaven-like paradise, and yet all signs point to it being a hell; a place of pain and punishment.

The second part of the manga’s title, Jigokuraku, is a portmanteau of the Japanese words for hell and heaven: jigoku and gokuraku.

Why You Should Read the Hell’s Paradise: Jigokuraku Manga

Like other legendary shonen, fantasy, and action manga like Attack on Titan, The Promised Neverland, and Made in Abyss, the Hell’s Paradise: Jigokuraku manga accomplishes something very important very quickly: it offers a set narrative hooks that are strong enough to draw the reader in and keep them there.

Those narrative hooks being Gabimaru’s longing to return to his one reason for living: his wife, as well as the pardon that he requires in order to return to her at all. Another is the island itself: what is it? What are the monsters that roam there and where did they come from? Is the elixir of life real and why does the shogun want it?

Beyond our attachment to Gabimaru is the character arc of Sagiri Yamada Asaemon, who is perhaps the series’ most captivating and exciting character.

By volume 2 of the Jigkuraku manga (chapter 7), Sagiri has become a character with whom the reader feels such an intense personal connection. You’ll find yourself so invested in Sagiri’s arc you’ll be desperate to get to the next chapter.

Speaking of volume 2, it’s here where the monsters of the island tempt us with even more questions, the biggest of which being: why are some of them wearing clothing and jewellery associated with Buddhism and Daoism?

These narrative hooks continue to build on one another, and questions soon start piling up. In that regard, it feels a lot like the TV show Lost, especially since the Hell’s Paradise manga is also set on a strange island. The characters even start wondering if, like in Lost, they may, in fact, be in purgatory.

Yuji Kaku has immediately proven himself to be someone who can write a set of compelling characters whose relationships are dynamic and exciting, as well as a world full of mystery and intrigue, in which we as readers are desperately invested.

Just as Hajime Isayama did with Attack on Titan, Yuji Kaku has built a detailed world of strangeness and fear. He has populated that world with fascinating characters, all of whom begin the story of Hell’s Paradise with a clear arc to follow. He has provided us with intense stakes, questions that demand answers, and threads to follow.

The relationship between Gabimaru and Sagiri is also wonderfully engaging. By giving Gabimaru a wife to whom he is dedicated, Kaku removes any sexual or romantic elements from his relationship with Sagiri, allowing for the story to focus on their friendship, their bond as survivors on a mission.

With Gabimaru being a skilled, deadly, cold, and calculating ninja assassin, and Sagiri being an honour-bound, disciplined samurai swordswoman, their relationship takes on a tactical edge as well. Surviving this terrifying island will take teamwork and every skill they each possess.

Gabimaru and Sagiri’s relationship is one of the most enticing and exciting relationships in shonen manga, period. They are both fully-realised characters from very different worlds, yet they each see something in the other that allows their friendship and camaraderie to blossom.

The Art of Yuji Kaku

One mangaka who has received heaps of praise from the manga community — myself included — is Tatsuki Fujimoto, author of Fire Punch and Chainsaw Man. Yuji Kaku, creator of the Hell’s Paradise: Jigokuraku manga, worked as Fujimoto’s assistant during his time writing Fire Punch.

With the Hell’s Paradise manga, Yuji Kaku has stepped out into the limelight and, in this writer’s opinion, his artwork is even sharper and more beautiful than that of Tatsuki Fujimoto.

The art of Jigokuraku is sensational. It is sublime. He is a mangaka capable of painting such a range of quiet emotions onto the faces of his characters. He has an imagination bold and broad enough to design a world as richly strange as that found on the island of this manga.

Yuji Kaku uses his art to enhance his writing, to bring his characters and his world to life, to properly realise the scope of his own imagination. His artwork compliments his writing and plotting flawlessly.

While this is a manga, and that means Yuji Kaku just couldn’t resist adding in a bit of fanservice (always a shame), he has still written and drawn some very compelling and rounded female characters. Sagiri could go down in history as one of the finest female characters in manga written by men.

What helps to emphasise his character design even further is the fact that each chapter ends with a fashion show which explores the details of what his characters are wearing and equipped with, before giving them a rating out of three stars. It’s both fun and educational.

The Translation Skills of Caleb Cook

I have been a fan of Caleb Cook for a long time. As the translator of My Hero Academia and Dr. Stone, he has proven himself to be a skilled and versatile translator. Here, with the Hell’s Paradise: Jigokuraku manga, he has outdone himself.

Caleb Cook’s translation elevates the stellar writing of Jigokuraku over and over again. His writing is beautiful, elegant, and sharp. It carries so much poetry and emotion with every page. He translates with wit and savvy time and time again.

At the end of each volume of the Hell’s Paradise manga, we are given a page full of facts related to the history, culture, and language found within the manga.

These facts, translated by Caleb Cook, are fascinating, especially for Japanese history buffs. They delve into everything from the fashion and traditions of the Edo time period to the history of Chinese Taoism and Indian Buddhism. They explore the language used and how the fiction of this manga differs from historical fact.

With Hell’s Paradise: Jigokuraku, Yuji Kaku has crafted a top-tier shonen manga series. He blends influences like Battle Royale and Attack on Titan with original ideas and stunning artwork.

He gives us two primary protagonists — one a deadly ninja, the other a skilled samurai — and puts them on a journey that will test their skills, their mettle, and their relationship.

He has built a world of mystery and intrigue. A bloody, scary, dangerous world that is a pleasure to explore and learn more about with every step.

All of this is drawn with meticulous detail and bombastic action scenes.
Hell’s Paradise: Jigokuraku is a flawless manga series that builds and grows and gets better with every chapter. It is a must-read manga. 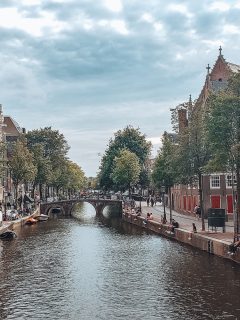 Previous
15 Best Attractions in Amsterdam for the Cultural Traveller 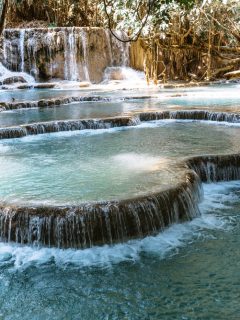 Next
5 Unmissable Things to Do in Kanchanaburi, Thailand
Click here to cancel reply.
As an Amazon Associate, we earn from qualifying purchases at no extra cost to you. This post may contain affiliate links that earn us a commission.