Why the Chainsaw Man & Fire Punch Manga are Awesome

Tatsuki Fujimoto has gone from rising star to king of the shonen manga genre in a very short space of time. Like Attack on Titan’s creator Hajime Isayama, Tatsuki Fujimoto’s rise has been like that of a rocket, with all the speed, excitement, and splendour. It began with the Fire Punch manga and was solidified by the Chainsaw Man manga.

At the time of writing, Chainsaw Man is soon to be made into an anime, and the fandom is abuzz. Chainsaw Man is a manga that has built an enormous cult following and, soon, it will explode out of its cult status — provided, of course, that the anime lives up to the manga. If it does, we have the next great shonen anime on our hands.

From the for-kids-of-all-ages masterpiece My Hero Academia to the edgy and brutal horror of Jujutsu Kaisen, there is no shortage of outstanding shonen manga and anime to choose from.

Thanks to Tatsuji Fujimoto, anime fans will soon be able to add Chainsaw Man to that list, while manga readers can already enjoy the Chainsaw Man and Fire Punch manga.

So, what are the Chainsaw Man and Fire Punch manga about? Let’s start with Fire Punch.

Why You Should Read the Fire Punch Manga

Whether or not Fire Punch can be categorised as shonen manga is up for debate. It was first serialised on the Shonen Jump+ website but so are many not-strictly-shonen manga. Whatever the case, Fire Punch is dark and bleak as hell.

The Fire Punch manga is set in a cold and desolate post-apocalyptic wasteland. What sets it apart from other post-apocalyptic tales set in deserts and rocky landscapes (like Fist of the North Star and Mad Max) or the remains of the American landscape (like Cormac McCarthy’s The Road and The Last of Us) is the fact that the world of Fire Punch is covered with snow.

In the world of Fire Punch, there are people who are ‘blessed’. These blessed are unique individuals with mutant-like powers. The ones we meet early on are elemental, with the power to generate and manipulate fire, electricity, and metal.

Fire Punch’s world has been plunged into an ice age thanks to the actions of a blessed known as the Ice Witch.

All we know about the Ice Witch at the beginning is that she is blessed and she is the reason for this icy post-apocalypse. Tatsuki Fujimoto is already well-celebrated for his outstanding artwork, which juggles a raw scratchy quality with crisp and clean details. And that artwork lends itself to a world covered in snow and ice perfectly.

Our story begins with our protagonist, a young blessed named Agni. Agni and his sister share the power of regeneration, and the two live together in a small village. In order to survive in a world where nothing grows, Agni hacks off his limbs each day (they regrow almost instantly) and offers them to the other villagers for food.

So, the Fire Punch manga opens with cannibalism. Uniquely, however, nobody is dying for this meat and the one who provides it does so willingly. An interesting moral situation.

Almost immediately, however, this unassuming village is descended upon by a team of well-armed men who attempt to take the town’s food supplies by force.

When the men, led by a fiery blessed named Doma, find that this is a village of cannibals (kind of), they abandon the place. But not before Doma sets the entire village alight and leaves both Agni and Luna burning alive.

Thanks to his regenerative powers, Agni doesn’t die, and instead spends years burning and writhing in pain. Eventually, he finds the discipline to withstand the flames and pick himself up.

Thinking his sister dead, he marches out into the barren wilderness in search of Doma. Thus begins a quest for revenge.

The Fire Punch manga is dark. It is bleak, shocking, and full of cruelty. If you have read or watched The Walking Dead, and seen all the brutality that the series has to offer, you might still be stunned by some of the events and images portrayed here in Fire Punch.

While there is plenty of murder and torture in the Fire Punch manga, there is far more twisted sexual unpleasantness besides. You’ve been warned.

What makes Fire Punch such a refreshing and exciting read is the way in which it takes so liberally from its influences and uses them to create something that feels wholly original.

The connection to iconic manga like Fist of the North Star and even Berserk are clear to see and, as I’ve said, it really does feel like the world of The Walking Dead at times, but the Fire Punch manga manages to stand on its own thanks to a central motivational thread of revenge and the unique inclusion of mutant-like blessed powers.

Tatsuki Fujimoto’s crisp yet frenzied artwork, his refusal to pull a single punch, and his raw approach to both writing and drawing make Fire Punch a post-apocalyptic journey worth taking.

As a quick side note, while Fujimoto was working on Fire Punch, he was assisted by Yuji Kaku, author of the outstanding shonen manga Hell’s Paradise: Jigokuraku.

Why the Chainsaw Man Manga is the Next Big Thing

While the Fire Punch manga kick-started Tatsuki Fujimoto’s career, it was the Chainsaw Man manga which launched that career into the stratosphere.

Standing shoulder-to-shoulder with the current giants of shonen manga — Demon Slayer: Kimetsu no Yaiba, The Promised Neverland, and Jujutsu Kaisen — Chainsaw Man shares a lot in common with its peers: horror.

I’m far from the only person to notice a rise in blood, gore, terror, and horror in the world of shonen manga and anime lately, and it is a very exciting trend to be living through. Chainsaw Man is another exciting shonen manga that revels in visceral brutality and twisted strangeness.

The world of Chainsaw Man is a subtly different version of modern-day Japan. The reasons for its difference aren’t immediately apparent, but they become increasingly clear as the story progresses. What is clear from page one, however, is that this is a world overrun by devils.

In the Chainsaw Man manga, humans live alongside a race of dangerous and feared devils. Our protagonist, a poor and downtrodden young man named Denji, is an amateur devil hunter.

Denji’s initial backstory is similar to that of DC Comics’ Bane: a young man shouldered with the debts of his father. Denji’s late dad owed a lot of money to the local yakuza mob and now it’s Denji’s responsibility to pay it off.

Living in a shack with his pet devil dog (and only friend in the world) Pochita, Denji does what he can to make money.

One of the things he does is hunt devils, using Pochita — a friendly devil dog who also doubles as a literal chainsaw — as his weapon. Denji didn’t go to school; he has no money and no friends; his dreams of eating well and living comfortably are simple ones.

But Denji is still a lovable protagonist and we care about him. Especially when the yakuza he’s been scrounging money for quite literally stab him in the back and leave him dead in a dumpster.

When this happens, Denji’s loyal devil dog revives him by fusing their bodies together. Pochita’s heart now resides in Denji’s chest and Denji can enjoy the chainsaw powers of Pochita, turning his arms and head into enormous chainsaw blades. Ridiculous? Yes. But, of course, Tatsuki Fujimoto knows this.

The Chainsaw Man manga revels in the absurd. While its world and initial story conceit share similarities with other horror manga like Tokyo Ghoul, Chainsaw Man sets itself apart by injecting its story with added brutality and more than a touch of comedy.

While Tokyo Ghoul takes itself seriously, the Chainsaw Man manga enjoys a little bit of absurdism.

After he reawakens as a chainsaw-powered devil hunter, Denji is quickly recruited by Tokyo’s Devil Hunter HQ as a Public Safety Devil Hunter. To test his mettle, he is given a series of assignments and, through them, we are introduced to other devil hunters and the various details of this devil-infected world.

Like Fujimoto’s Fire Punch manga before it, Chainsaw Man doesn’t shy away from raw, uncomfortable brutality. While it sometimes comes off as childish, the gore and drama of Chainsaw Man is arguably handled far better than it was in Fire Punch. This is thanks to an open-armed embracing of camp.

Fire Punch is a bleak and frightening series, as most post-apocalyptic fiction is. Chainsaw Man, on the other hand, knows that it’s a shonen manga.

It leans into the tropes of shonen by giving us a rough but lovable protagonist and larger-than-life, caricatured characters. It wears its influences on its sleeve and revels in what it is.

Chainsaw Man is another modern shonen manga with elements of blood and horror, but it stands alone by basking in humour, camp, and pure adrenaline-fuelled excitement. The Chainsaw Man manga is an explosive series that should be read by every fan of shonen manga. 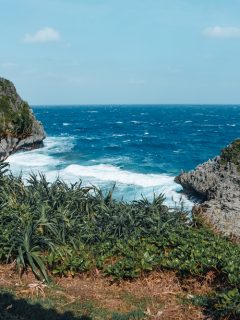 Previous
5 Exciting Things to do in Okinawa, Japan in Bad Weather 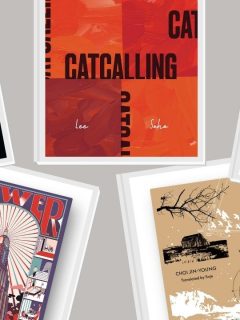 Next
10 New Korean Books in Translation 2021
Click here to cancel reply.
As an Amazon Associate, we earn from qualifying purchases at no extra cost to you. This post may contain affiliate links that earn us a commission.