Is The Made in Abyss Manga Worth Reading?

The anime adaptation of Made in Abyss released in 2017, and featured thirteen episodes of some of the most visually stunning animation ever put out into the world.

With an astonishing soundtrack and clever world-building, Made in Abyss stands tall as one of its decade’s best anime. With a world this mysterious and engrossing, it’s hard to avoid the temptation for more.

But is the Made in Abyss manga worth reading? Yes, but there are a few caveats worth noting.

What is Made in Abyss About?

The Made in Abyss manga, written and drawn by Akihito Tsukushi, began back in 2012. At the time of writing, nine volumes are available in English but it is still ongoing.

The manga, and its anime adaptation, begins in a town called Orth, which has grown slowly at the edge of a gaping abyss (sometimes called “the netherworld”). Many who live there train and work as cave raiders who plunge the depths of the abyss for treasures and answers.

For 1900 years, adventurers and academics have been exploring the layers of the abyss, discovering impossible artefacts and meeting fantastical creatures.

Very reminiscent of a Jules Verne novel, Tsukushi’s world is one teeming with mystery and excitement. Unanswered questions about the abyss – its creatures, treasures, flora, climate, physics, and even the “curse of the abyss” – are what drive the story and keep you invested.

The story follows Riko (in the anime subs, her name is spelled with a c, not a k), daughter of a white whistle, the most advanced and experienced of cave raiders.

Riko’s mother disappeared at the bottom of the abyss ten years ago. Riko herself is a young girl full of vigour, eager to follow in her mother’s footsteps.

When she meets Reg, a seemingly impossible robot boy who must have come from the depths of the abyss, she is spurred on to take fate into her own hands and dive deep into the depths with only Reg by herself.

Why You Should Read the Made in Abyss Manga

The Made in Abyss manga can be difficult to recommend, at least to a point. This is because, put simply, the Made in Abyss anime is flawless. Kinema Citrus used the unique strengths of animation to create one of the most spectacular anime imaginable.

And it’s because of the strengths of the anime that you can happily get away with never touching the manga series. The anime faithfully adapts the manga, and in many ways elevates the series even further.

For example, the manga, as is to be expected, is drawn in blacks and greys. One of the show’s biggest strengths, however, is its visceral and unfettered use of colour.

The vibrancy and brightness of the Made in Abyss anime is a specctale all its own. The abyss lives and breathes in the anime more than it ever could in the manga.

The creatures of the abyss are fantastic inventions by Tsukushi. He has done some phenomenal world-building, and the flora and fauna of the netherworld are consistently fascinating creations.

But the anime is able to take his strange and intricate designs and add both colour and movement to them. The way that the creatures of the abyss look and move is what really makes the anime’s version of the abyss so organic; it changes and flows and moves in beautiful and terrifying ways.

Combine this with a soundtrack that is consistently compelling and captivating. Kevin Penkin, already a beloved composer for games and anime, has done something career-defining with Made in Abyss.

The soundtrack is exactly on par with the animation and design in terms of the impact it leaves on the audience. But, if you’ve already seen the show, I’m really preaching to the choir here.

So, what is it about the Made in Abyss manga that makes it worth reading, especially when the anime is such a complete package.

For starters, you can get your answers sooner. The manga currently has nine volumes, and more will continue to come.

If it’s the mysteries of this strange and captivating world, and the journey that Riko and Reg have set out on, that has so captured your imagination, then the manga is where you have to turn to once you’ve seen the anime series and its sequel film.

Fans of the Made in Abyss anime have had to wait a long time to find the answers to their questions, and some of those answers can be found in the manga. So, that’s the simplest reason to turn to the Made in Abyss manga once you’re done with the anime. But you probably already knew that.

Read More: Is The Promised Neverland Manga Worth Reading?

Another reason is that the Made in Abyss manga has a little more nitty-gritty detail to it. While most of the plot, lore, and exposition of the series remains intact in the anime, reading it in the manga gives you the chance to ingest it a little more slowly and get a more solid grip on the details of the world.

While the anime certainly provides a densely detailed world, the manga gives readers the chance to really live in that world, to pick it apart and understand its mechanisms a little more deeply.

The Made in Abyss manga is for fans who really find themselves addicted to this Jules Verne-esque world; its people, creatures, history, lore, traditions, and behaviour.

The manga allows a more detailed and intricate look into how everything works, and there’s an immense amount of satisfaction to be found here.

One early issue found in the manga is that it lacks a lot of visual flair, especially in the town of Orth. And while I initially found this to be a disappointment, with the town and its details being poorly drawn and defined, I later found this to be an unexpected strength.

It toes a line between illustration and prose, encouraging a little imagination from the reader. And a series like Made in Abyss exists as imagination-fuel.

The manga also does a slightly better job, especially early on, of letting us into the mind and thoughts of Reg. The anime is a little more Riko-centric, while Reg is a bit more of an open book in the manga.

It doesn’t change enough to make the manga a must-read, but it’s another example of that extra level of detail and density that the manga provides.

Ultimately, while the anime is a flawless future classic, the Made in Abyss manga is for those fans who are so drawn into Tsukushi’s world that they need more.

They need answers to their questions. They need more lore and history and mechanics and details. They need a glimpse into the mind of the man who created all of this. That’s what the manga provides, and it is well worth your time and your investment. 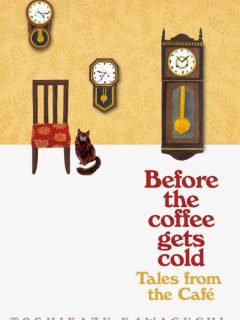 Next
Review: Tales from the Cafe by Toshikazu Kawaguchi
Click here to cancel reply.
As an Amazon Associate, we earn from qualifying purchases at no extra cost to you. This post may contain affiliate links that earn us a commission.