Is The Attack on Titan Manga Worth Reading?

The Attack on Titan anime series (also known as Shingeki no Kyojin) was a colossal hit on its initial release. This was the anime series that revitalised the genre in the West and even had people who knew nothing about anime hyped to talk about it.

Attack on Titan did for anime what Game of Thrones did for fantasy. But what about the manga? Is the Attack on Titan manga worth reading, for fans of the show or otherwise?

What is Shingeki no Kyojin/Attack on Titan about?

For millennials like myself, growing up with TV anime was not only pretty ordinary, but also a formative experience for many. Growing up on Dragon Ball Z, Sailor Moon, Pokemon etc was a big deal.

Then many of us grew up and left anime behind. Then, one day, we’re in our twenties and thinking about whatever happened to affordable housing, and this new series called Attack on Titan crashes through the walls of our daily lives and demands our immediate attention.

Attack on Titan is a manga series, written and drawn by Hajime Isayama. It was the mangaka’s first series and, still in his early 20s, it made him a superstar, especially when the anime adaptation hit Netflix.

While the Shingeki no Kyojin manga has yet to wrap up, the anime is just about to. Its release has been sporadic but its popularity has been steady, and both its production quality and story have only gone from strength to strength.

Both the Attack on Titan manga and anime series are set in a fantasy world that’s aesthetically inspired by Germanic design and architecture (this is also evident in most character names).

The world is small, in the beginning: a city surrounded by high, thick walls, with districts also divided by more tall walls. These walls are the city of Shiganshina’s only defence against strange, uncannily humanlike giant monsters known as titans. These house-sized titans seem to exist only to chase and devour humans.

The story of Attack on Titan begins simply enough, with a lot of world building and questions about the state of the world, humanity, and the monstrous titans left to be answered. But, as chapters and seasons pass, the world grows larger, history is mined, secrets are uncovered, and, most impressively, the world’s politics become excitingly complex.

The world-building of Attack on Titan is deceptively simple at first, with just enough mysteries and just enough intense action to carry the reader/viewer along. But the narrative complexity of this series is really fantastic, and only gets more compelling as it goes.

Beyond all of the wonderful world-building and narrative growth, what the Shingeki no Kyojin anime really delivers on is visual spectacle.

The story follows a group of soldiers who are charged (depending on their rank and division) with defending the city, scouting the titan-infested lands outside, or policing the streets. Our main protagonist is Eren Yeager, a young military cadet who has lost his family to the titan scourge.

Eren’s personal and professional journey is made so captivating onscreen thanks to the show’s astonishing animation, direction, and choreography. The Attack on Titan anime, produced by Wit Studio, is art in motion.

The vibrant, glossy world and character design constantly shimmers, and the show’s action scenes are like nothing else in anime. Being a fantasy action series, there’s a lot of combat to enjoy, and it is consistently phenomenal stuff. Every scene will have you clenching your teeth and holding your breath in excitement.

Why You Shouldn’t Read the Attack on Titan Manga

While a question like this can’t be definitively answered, and you may fervently disagree, the Attack on Titan manga is, ultimately, not worth reading. That goes for fans of the Attack on Titan anime and newcomers to the series as a whole. Here’s why.

First off, Hajime Isayama deserves all the praise and respect in the world for creating such a compelling world, and such an addictive story, as the one found in Shingeki no Kyojin.

His writing skills are almost unparalleled, and the anime would be nothing without him. That all goes without saying. Where the manga ultimately falls short when compared to the anime adaptation is in its visuals.

Manga and anime are both visual mediums, and that makes them much easier to compare than books and movies. I’m not a big fan of the discussion around film adaptations of books; the mediums are so very different, and prose demands a lot of imaginative legwork from its readers.

Manga and comics, on the other hand, do most of that legwork for you. And the art direction of the Attack on Titan manga is, frankly, a mess, especially when compared to the stunning visuals of the anime series.

This is a harsh statement to make, given how much I respect Isayama’s work — especially his writing — but the reality is that the Attack on Titan manga is a series visual downgrade from the TV anime.

You might disagree, and please feel free to, but when a series is as breathtaking to behold as the Attack on Titan anime, the art of the manga simply can’t compare. The anime adaptation proves how important fluid motion is to an action series like this one, and the manga doesn’t manage to deliver that same dynamic movement.

This is not to say that manga can’t deliver fluid, dynamic motion. In fact, Brian Ashcraft wrote a fantastic article for Kotaku a few years ago which highlights how the One Punch Man manga often has more dynamic direction than its anime adaptation does.

Quite often, the unique art direction of a manga or comic cannot be captured adequately when adapted for the screen. And, in these cases, reading the manga is often a far better deal. This happens to be my opinion when it comes to The Promised Neverland.

The design and direction of that manga is leaps and bounds better than its anime counterpart, and you should definitely read The Promised Neverland over watching the anime.

Unfortunately, the opposite happens to be true for Attack on Titan. For the very best visual experience when enjoying the Shingeki no Kyojin story, pick the anime.

If you’ve never seen it before, you’re in for a wild and wonderful ride. If you have, great; I’m sure you love it as much as I do. The manga just doesn’t have that same visual magic, even though it’s the very source of all this magic.

Put simply, the Attack on Titan anime takes all of Isayama’s character writing, world building, plotting, and design and uses flawless colour and animation to elevate it all to new heights.

We cannot do enough to thank Isayama for his outstanding writing, plotting, and designing. Do not mistake me on that. He’s an astonishing mangaka with a fierce imagination.

Not all anime adaptations are as sharp as Attack on Titan proved to be. Tokyo Ghoul is a pretty famous example. But, thankfully, we got lucky with AoT. So, go watch the anime if you haven’t already. It is flawless and, as I’ve said, it is the best version of Attack on Titan. 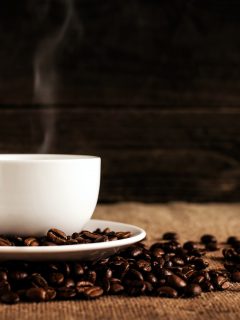 Next
6 Must Visit Independent Bookshops in Norwich, UK
Click here to cancel reply.
As an Amazon Associate, we earn from qualifying purchases at no extra cost to you. This post may contain affiliate links that earn us a commission.