Is The Promised Neverland Manga Worth Reading?

The anime adaptation of The Promised Neverland manga released its first season in 2019 to critical praise. The show finally offered answers to anime fans wondering why manga readers were so obsessed with the series.

But, for fans won over by the anime, is The Promised Neverland manga worth reading? Yes. Here’s why.

What is The Promised Neverland?

The Promised Neverland manga (or Yakusoku no Nebarando), written by the enigmatic mangaka Kaiu Shirai, and drawn by Posuka Demizu, was released in 2016 and spans twenty volumes. It was adapted into an anime in 2019 by CloverWorks.

The story of The Promised Neverland follows a group of children at an orphanage known as Grace Field House. The children are all presided over and looked after by an enigmatic but kind figure, Isabella, whom the kids refer to as Mom. Every day, the kids complete tests, eat together, and play outside.

Our three protagonists are Emma, Norman, and Ray. They’re the oldest and smartest kids in the orphanage and, when our story begins, they soon learn the truth of what Grace Field House is and what their future has in store for them. This leads to a desperate plan to escape the house and their fate.

As of October 2020, the series is finished, totalling at twenty volumes. The fact that the manga is now finished is your first reason to dive into the series.

1. The Manga is Finished

Many anime fans end up turning to the manga source material for this very reason: they can’t handle the wait and they need to know what happens next in their new favourite series.

Given how The Promised Neverland is a labyrinthine series that blends so many genres (horror, dystopia, fantasy mystery, suspense, thriller), and given that its twists never let up, how could anyone be satisfied with waiting for the next season when the manga is waiting for them?

At the time of writing, anyone desperate to see how the story not only continues, but wraps up, can do so by buying and reading the original manga series. Compared to many shounen manga series, twenty volumes is actually quite reasonable and generous.

With a manga this size, you know that filler or a loss of direction is not going to be an issue. The Promised Neverland morphs and changes as it goes on, shifting playfully between genres in exciting and unexpected ways.

Twenty volumes isn’t too painful on your wallet, either. It may take a while but you should be able to buy and read most of the series before the next season drops.

However, there are some manga whose anime adaptations are far superior. In that case, waiting for the series can be preferable because you know you’re getting the best version of a story.

This is not the case for The Promised Neverland manga.

This series isn’t only a way to continue the story beyond where the anime has reached; it’s also a manga that is far better than the anime adaptation in almost every respect.

2. The Promised Neverland Manga is Better

There are fans of this series who initially passed on the manga, choosing instead to wait for the anime. Many of those fans then lamented their decision and wished they had read the manga first (or even skipped the anime entirely).

That’s not to say the anime is bad by any stretch, but there are so many elements done better by The Promised Neverland manga.

The first of these is the art direction. In trying to balance a faithful redesign of the manga’s art with dynamic and engaging animation, something was lost in translation.

The Promised Neverland anime suffers from some awkward character design (especially in their faces) and the animation comes off feeling very flat.

Given that comics and manga are a visual medium, they have to be “directed” in the same way that animated shows do, and the “direction” of the manga, in this case, is far superior.

The manga has a far punchier pace than the anime, with less empty space and moments of nothingness. No panel is ever wasted and the shot composition is always imaginative – often experimental.

Take the horror element of the series, for example. There are gruesome close-ups, jump scares, reveals, and sudden shifts in perspective that Demizu handles with the deft hand of an experienced horror director in the manga, but all of which fall entirely flat in The Promised Neverland anime. It’s a shame.

To go back to the character design, there is a level of detail in the manga not seen in the anime. The world and characters are drawn with a little extra love and attention, whereas the anime comes off feeling blocky by comparison.

And while anime being in colour is usually a mark in their favour, here it almost detracts from the gloomy and ominous atmosphere of the series.

There aren’t that many manga series that so outshine their anime adaptations, but The Promised Neverland is certainly one of them. Sometimes this outshining can be down to better art, pacing, or writing. Here, it’s a blend of all three and more.

What this ultimately leads to is better horror. The Promised Neverland manga is far more terrifying than its anime adaptation.

This is mostly thanks to some really detailed and beautifully imaginative monster and environmental design. The demons of The Promised Neverland are some of the most imaginatively realised monster designs in recent memory.

Not to mention the intensely varied and emotive character expressions. Half the time, you feel the horror because they do. In the anime, this impact is often lost.

Their design in the anime, by comparison, comes off a little flat thanks to a lack of detail, some weird shape and space issues, and the introduction of colour.

The black-and-white nature of manga has always helped when it comes to horror, and this series is no exception.

(Incidentally, this visual divide between the anime and the manga is completely reversed when looking at Attack on Titan, a seres that is far better watched rather than read).

Obviously, seeing Emma, Norman, the demons, and Grace Field House rendered in colour is a treat, but the shift to colour seems to illuminate the world too much.

The Promised Neverland is dark in more ways than one, and having the world bathed in colour removes some of the tension, mystery, obscurity, and fantastical elements of the manga. It adds a cartoonish element. At times, it almost feels like the anime tones down on the impact of the manga, like it was made for a younger audience.

Read: Is the Made in Abyss Manga Worth Reading?

3. The Manga is Best for Newcomers

I’ve already touched on the issue of fans wishing they had begun with the manga instead of watching the anime at all. Obviously, if you’re in a place or a financial situation where the anime is your only viable option, it is by no means a bad show. But the honest truth is that the manga is far superior. The only thing it lacks is music.

If you are one of these newcomers, however, and you’re asking yourself: should I watch The Promised Neverland or read it? The answer is: read it. You can follow the anime when you’re done, if you like.

But, if you read the manga first, you’re treating yourself to the very best version of The Promised Neverland, and that’s a wonderful thing.

Here’s a rundown of the reasons why you should read The Promised Neverland, either because you’re sick of waiting for the next season or because you want the best version of the series. 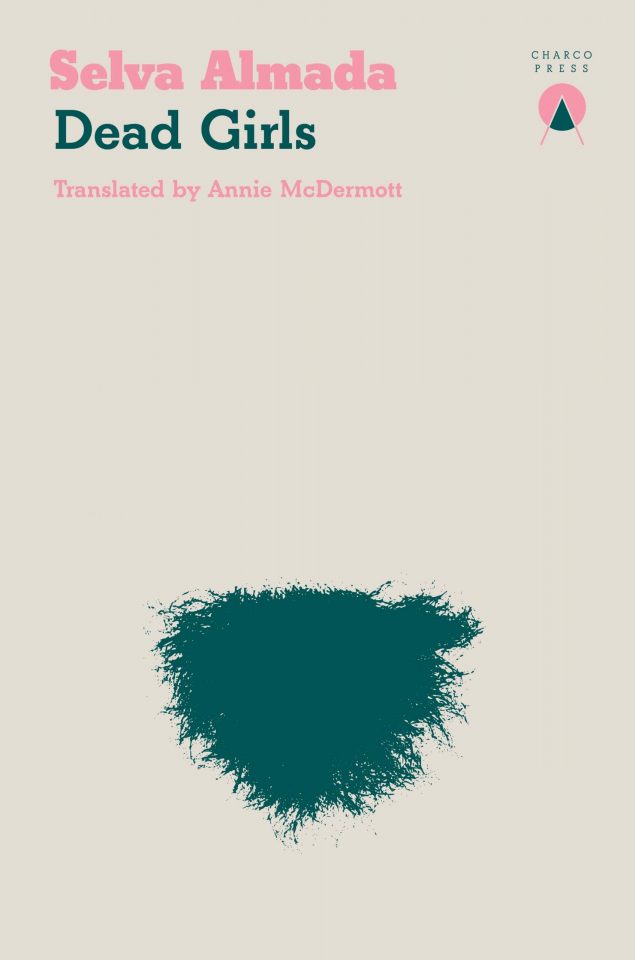 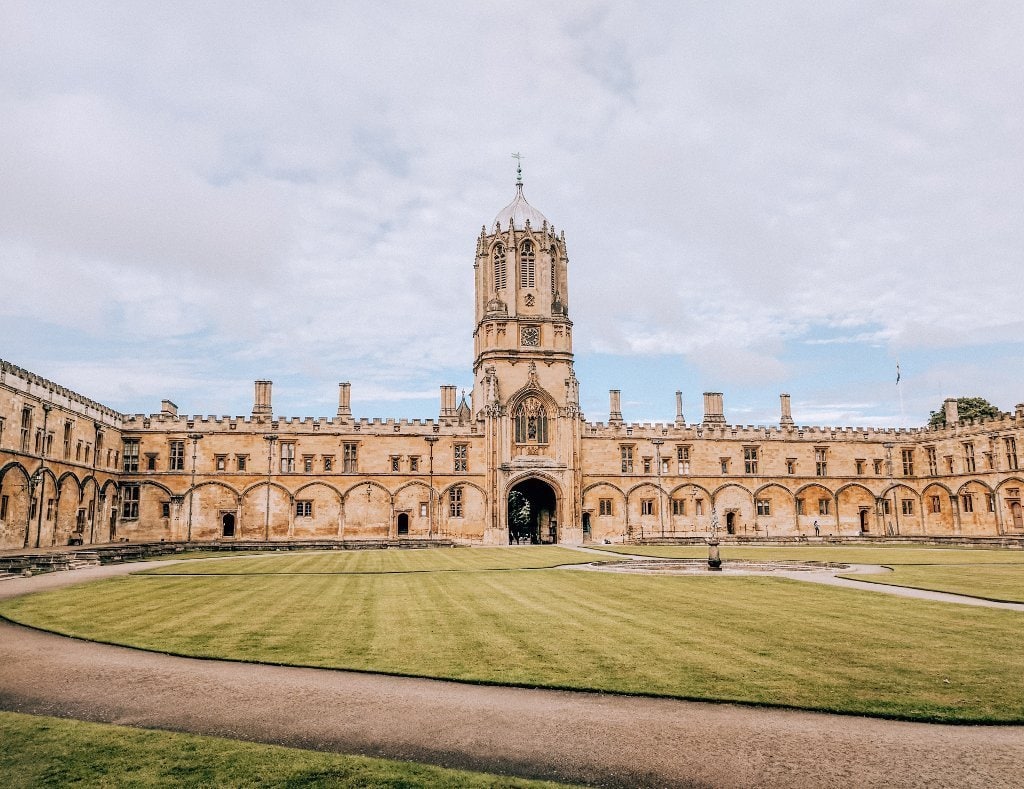 Next
The Most Beautiful Oxford Colleges (UK)
Click here to cancel reply.
As an Amazon Associate, we earn from qualifying purchases at no extra cost to you. This post may contain affiliate links that earn us a commission.