While the great European and American mystery writers of the 19th and 20th centuries — writers like Agatha Christie, Edgar Allan Poe, and Arthur Conan Doyle — are often who we first turn to when looking for a great detective novel, the Japanese mystery novels of the 20th century and beyond offer some of the finest detective stories ever penned.

Authors like Seishi Yokomizo, Soji Shimada, and Masako Togawa were and are known as the Christies and Doyles of Japan. They created their own golden age of mystery fiction in Japan, and modern writers like Yukito Ayatsuji have continued that legacy, carrying the torch with gusto.

On your hunt for the best mystery novels ever written, turn to Japan. These Japanese mystery novels, and their writers, represent some of the best locked room and puzzle box detective stories of all time.

Yukito Ayatsuji is one of the founders of the Honkaku Mystery Writers Club: a group of Japanese mystery authors who echo the golden age of detective stories to outstanding effect. His first novel — now available in English thanks to some outstanding translation by Ho-Ling Wong — was The Decagon House Murders.

Paying homage to Agatha Christie’s masterpiece, And Then There Were None, The Decagon House Murders follows the story of a group of young mystery novel fanatics who spend a few days on an island which was, just one year prior, the scene of a brutal murder.

The story is split in two, with one narrative following these students as they fall into a murderous trap while staying in the island’s one remaining building, the Decagon House. This trap echoes And Then There Were None to great effect as the students are picked off one by one.

The second narrative follows two remaining members of the club as they remain on land and begin their own investigation after receiving a letter from the deceased owner of the island. The central question we face is this: is the killer one of the students, or is it the not-so-dead owner of the Decagon House?

This is a fantastically satisfying novel, full of unexpected beats and littered with fun red herrings that really trip you up on the way to the end. Masterfully translated and with a real taste of the Christie style and tone, this is one of the most perfect and satisfying Japanese mystery novels.

The Honjin Murders by Seishi Yokomizo

Seishi Yokomizo, who died in Tokyo back in 1981, carved out a real legacy with his series of detective stories. In the character of Kosuke Kindaichi — first introduced here in The Honjin Murders (originally published in 1946) — Yokomizo invented his own Sherlock Holmes. Now, at last, what many consider the best Japanese detective story has arrived in English in the form of a punchy, thrilling translation by Louise Heal Kawai.

This ‘locked room murder mystery’ is a unique take on the formula made iconic by major Western writers like Arthur Conan Doyle, Agatha Christie, and Gaston Leroux. It takes place in a fixed location: the Ichiyanagi household in the village of Okamura.

The Ichiyanagi family are a proud, wealthy, high-class family, and one of their sons, Kenzo, is due to marry the young Katsuko. On the night of their wedding, they are murdered by a mysterious assailant who flees into the night, leaving nothing but a handprint and a bloodied katana in the snow.

The Honjin Murders is a wickedly fun time. Its short length, quirky cast of characters, engaging mystery, and theatrical setting and plot make for a fantastic murder mystery tale. While it isn’t a revelation of a story, it is a seriously clever one.

The balancing of theatrical components with a surprisingly weighty political theme that gently unravels towards the conclusion makes for one of the best Japanese mystery novels ever written.

The Inugami Curse by Seishi Yokomizo

Seishi Yokomizo provided the world with a hefty library of works, most of them centred around his legendary and adored detective Kindaichi. His second novel, The Inugami Curse, is also available in English and indicates a hopeful trend that all of his books will eventually, one day, be available in English.

Much longer than its predecessor, The Inugami Curse also puts Detective Kindaichi centre stage as he is tasked with solving the murder of the head of the powerful Inugami Clan. The clan itself is marred with dark and dirty secrets, many of which come out when a series of murders begin, following the death of the clan patriarch.

This is a macabre but fun and intensely exciting Japanese mystery novel that lays down enough twists and turns to keep the plot feeling fresh, despite its longer length. You’re also given enough of a breadcrumb trail to follow, meaning you might well solve the murder even before our legendary Kindaichi does.

Murder in the Crooked House by Soji Shimada

There are two key elements that make the best mystery novels so compelling (aside from the murder and the question of whodunnit), and those are the cast of eccentric characters and the setting. Murder in the Crooked House is one of those Japanese mystery novels that leans on the latter, focussing on the compelling intricacies of its setting over everything else.

That setting is the titular Crooked House. The house sits on a snowy cliff in a remote part of Japan, and it is an intricately-designed place that works as a kind of puzzle box.

While the characters in the story aren’t all that interesting, it’s the character of the house that carries the story. Drawn with compelling detail, the Crooked House is like a Rubix cube or a puzzle box that the reader can almost fiddle with in order to solve the central murder.

Within the book’s narrative, that job falls on detective Kiyoshi Mitarai, but can you solve the murder even before he can?

The Tokyo Zodiac Murders is a Japanese mystery novel with a wonderfully compelling narrative hook. An artist lives with seven women, all members of his family. In his notes and diaries, he has plotted out a scheme to murder each of them, one by one.

Before he can, however, he is killed. This is a classic locked room mystery, with him having died in his locked office with no way in or out.

Following his death, however, the women begin to die, as he had planned, and our two protagonists — amateur detectives — set out on a journey to track down the murderer, and they take you along with them.

The possibility that our artist never died at all remains at the back of our minds the entire time, as does the question of how he died and who is doing the killings in his place.

This is one of the sharpest Japanese mystery novels around; one of the finest ever written. The journey we take is engaging and the central conceit is something to be chewed on for hours and hours.

The Master Key by Masako Togawa

Masako Togawa was one of the most beloved Japanese mystery authors around, and her novel The Master Key is available in English for us to enjoy as well. This book is set in a large apartment complex in Tokyo, every resident of which is a woman with a secret.

Rather than beginning with a murder, the story follows the theft of the master key, which opens every door to every apartment in the building. With these tangled secrets coming out, the book promises that, at the centre of this tangled web, we will find a murder.

The Lady Killer by Masako Togawa

Masako Togawa’s other mystery novel available in English is The Lady Killer. This is a book with similar vibes to those of Ryu Murakami, as it leans into the seedy underbelly of Tokyo life. The book follows a serial killer named Ichiro Honda as he turns from hunter to hunted.

While he lives his days as an ordinary, unassuming urban husband, at night Honda is a man who enjoys seducing the vulnerable women of Tokyo’s clubs and bars. However, as a trail of bodies winds its way towards him, Honda becomes someone else’s prey.

Out by Natsuo Kirino

Out is something of a wild card on this list of Japanese mystery novels. That’s because, while it is a story of crime and murder in Japan, it’s not a detective story. Nevertheless, it’s a masterpiece of Japanese literature that fans of mystery novels will adore. Natsuo Kirino really is one of the best; and her translator, Stephen Snyder, is at the top of his game here.

Out follows the stories of four women who work at a bento box factory in Tokyo. When one of these women finally snaps and murders her husband, while their children sleep in the next room, she enlists the help of her colleagues to cut up and hide the body. Thus begins a race against time and the authorities to avoid detection and get away with murder.

This is a complex and angry feminist Japanese novel, a revenge tragedy against patriarchal oppression, and one of the best Japanese novels of the 20th century. It’s a dense book of 600 pages, and an intricate book that follows multiple threads, several of which lead to the yakuza and the criminal underbelly of Tokyo.

Out is a must-read Japanese novel, full stop, but especially for fans of the best Japanese mystery novels. 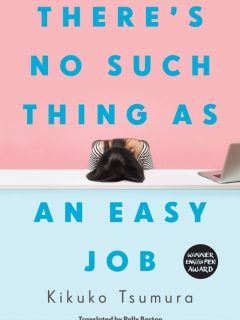 Previous
Review: There’s No Such Thing As An Easy Job By Kikuko Tsumura 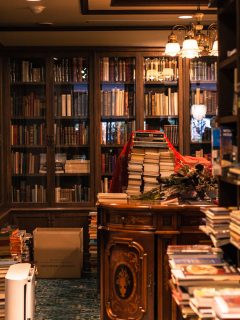 Next
Top 10 Beautiful And Obscure Tokyo Bookstores
Click here to cancel reply.
As an Amazon Associate, we earn from qualifying purchases at no extra cost to you. This post may contain affiliate links that earn us a commission.