Is the Tokyo Ghoul Manga Worth Reading?

Tokyo Ghoul is a manga series by mangaka Sui Ishida. The series’ 143 chapters are available in fourteen volumes, followed then by its sequel series Tokyo Ghoul: re.

The answer to this question comes in two parts.

First: we’ll discuss the manga and whether it’s worth your time. Whether you’re new to reading manga or a manga fan who is tempted by Tokyo Ghoul, is this a series for you?

What is Tokyo Ghoul?

So, for people who haven’t seen the anime and are purely interested in reading the Tokyo Ghoul manga, is it worth reading? Yes. That is, provided you’re a fan of action and horror.

This series is very much defined by a balanced mix of the two. Its horror elements are there, but they’re more about light body horror than psychological frights. And the action is there, but it isn’t all that well drawn. The fact that the horror of Tokyo Ghoul isn’t that horrifying, and the action isn’t that masterful, actually works in its favour.

Sui Ishida has managed to expertly blend the two, consistently weighing them like they’re on a scale. This means that the series bends and flows, all the while being carried along by an addictive and well-woven narrative.

Tokyo Ghoul is set in an alternative present-day Tokyo, in which these vampire-like creatures called ghouls exist, are known about, and spend their nights hunting regular humans for their flesh.

Ghouls look like ordinary people, though their skin is tougher, they’re hard to kill, they’re super-strong, super-fast, and each ghoul has a specific power known as a kagune. Ghouls can only survive off human meat, and so they are dangerous.

An agency known as the Ghoul Investigators is tasked with hunting these hunters and putting them down. But when our protagonist falls into the world of the ghouls, he sees a very different side to them, and to Tokyo.

Ken Kaneki is an introverted, bookish college student who falls into the sights of a hungry ghoul known as Rize. On what Kaneki thinks is a date, Rize attempts to kill and eat him. When he is gravely injured and a moment from death, Rize is crushed to death and her organs are used by a doctor to save Kaneki’s life.

Now, with the strength, powers, and curse of a ghoul, Kaneki lives on the edge of both worlds. Any fan of Marvel’s Blade may find themselves in familiar territory here.

Though Tokyo Ghoul is a seinen action/horror series, it is just as much a family drama of sorts. What the series excels at very early on is establishing a new family of ghouls for Kaneki to nestle himself into.

His favourite cafe, Anteiku (Antique) is a refuge for Tokyo’s ghouls, and Kaneki soon finds himself working there and leaning on them to teach him about this other side of Tokyo life, though he still has one foot in the human world.

A lot of urban fantasy series’ of books, films, comics, and TV shows, have a nasty habit of introducing unassuming protagonists to a hidden and magical world, after which that protagonist acclimates immediately. This is a jarring approach that Tokyo Ghoul doesn’t fall into.

It takes Kaneki a long, long time to adjust to his ghoul body and ghoul life, even though — in his world — ghouls are not a secret. Kaneki’s learning curve is slow and gradual and very, very immersive. It brings up fantastic moral questions surrounding the existence and the risk of ghouls.

Just because they hunt humans, does that make them less deserving of life themselves? Ghouls cannot help their diet and what they need to survive. They also can’t help looking and living like humans, thus needing to be a part of human society. It’s a fun ethical rabbit hole to go down.

At the time of writing, I’m only 30 chapters into the Tokyo Ghoul manga but I am desperately hooked. This is a fantastic manga series that depicts my favourite city with intimacy and a warm familiarity, all the while injecting Tokyo with a terrifying new predator to fear and attempt to understand.

I’m going to confess straight up that I did my research and took the fanbase’s advice. That means I have no first-hand experience with the anime. When hundreds of fans tell you that the Tokyo Ghoul manga is vastly superior to its anime adaptation, you take their word for it.

This also doesn’t seem to come from the same place that many other manga vs anime debates do. I’ve read plenty of manga series’ whose anime adaptations are equal in quality or even surpass the original manga in one way or another (hello, Attack on Titan).

Then there are series’ whose manga version really is the superior one (The Promised Neverland springs straight to mind).

While The Promised Neverland anime fell short of its manga because the artists and animators failed to capture the dread and monstrous detail that the manga masterfully depicts, it seems that the Tokyo Ghoul anime failed to properly adapt the story of the original manga, unlike anime such as Demon Slayer, which stay true to their source material.

Fans have explained that the anime starts off faithful enough before taking the narrative in a very different, and far worse, direction.

The simple truth seems to be that, if you want the true Tokyo Ghoul story experience, you have to read the original manga.

With that in mind, and as someone who has only read the Tokyo Ghoul manga, it really is a treat. A fantastic seinen manga experience that blends horror and action into a well-paced, intimate, and engrossing narrative. Tokyo Ghoul is certainly this popular for a good reason. 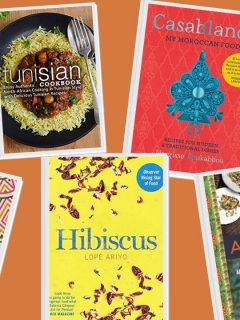 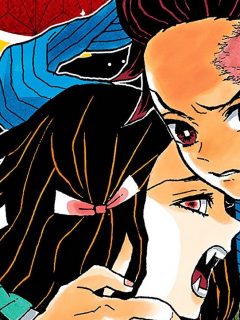 Next
Is the Demon Slayer Manga Worth Reading?
Click here to cancel reply.
As an Amazon Associate, we earn from qualifying purchases at no extra cost to you. This post may contain affiliate links that earn us a commission.