Review: The Ten Loves of Nishino by Hiromi Kawakami

The Ten Loves of Nishino (or The Ten Loves of Mr Nishino in the UK) is a novel that is, much like Kawakami’s other works, at once frolicking fun and darkly mournful. The out-of-order biography of an enigmatic frustration of a man tortured and strange, told through the intimate first-person perspectives of ten of his women lovers throughout his life.

The book uses unique perspectives to evoke a broad empathy that demands a lot, emotionally, from the reader. And that’s a good thing. We get to peer behind the curtain of ten different lives; ten different women from the age of thirteen to thirty and beyond. Each of their chapters is a story in its own right, with Nishino as the common thread. The Ten Loves of Nishino is a tough but fun book to unpack and explore, so let’s give it a try.

“Deep in my heart, I wondered whether a girl existed in the world who was kind and strong enough to love Nishino. Perhaps. It was unlikely.”

A Novel of Short Love Stories

Firstly, I’m hesitant to even call this a novel at all. It is very much a collection of short stories. Each story is self-contained, walking us through the life of an ordinary Japanese woman. Every one of these tales, in around twenty pages, tells one woman’s story of love, sex, and intimate discovery with a man named Yukihiko Nishino. For each woman he is a topic of intrigue at the least and obsession at most. Every girl or woman takes time to dissect this man, to understand his life, his actions, and his choices. There is no overarching narrative, really. Rather, there’s a man who has intruded on the lives of ten women, and we get to see how they live with him.

Nishino himself is rather unknowable. Even after ten chapters with him, seeing this man from ten perspectives, he is hard to pin down. And therein lies the fun of the novel. Each woman is showing the reader her own life whilst juggling their own fun and frustrations with Nishino. It makes the stories and the women feel incredibly tangible and familiar. We feel their stresses as we also come to know – and yet not know – Nishino as well as they do, or don’t.

“Once I’ve decided that I’m in love with all of someone – once I stop making value judgments about this thing being good or that being bad – it gets better. I can just be in love.”

The stories of The Ten Loves of Nishino themselves are each uniquely set and played out, and several of them cleverly cross-over. For example, the third story, Good Night, gives us Manami, a woman who is senior to Nishino at their company while he is about to turn thirty. During their love affair, where she struggles to remain professional and he is often uncomfortably forceful, we see mention of an ex-girlfriend of Nishino’s: Kanoko. They are still close, and this is a deep frustration for Manami. In the next story, The Heart Races, we now embody Kanoko herself, and see both Nishino and the former protagonist Manami from her perspective: “Manami was polite from start to finish – her cheerfulness was resolute”. This kind of crossover doesn’t happen constantly, and each story can still stand on its own, but it does add layers of complexity to the book.

In The Ten Loves of Nishino, Kawakami has written something deeply ambitious in the guise of a playful collection of love stories. This is not unlike her previous novels Strange Weather in Tokyo (reviewed here) and The Nakano Shrift Store. Each of her books has a sadness to it. The Nakano Thrift Store focusses in on the lives of several awkward young people out of touch with their own feelings, aspirations, and place in society. It’s a book without a strong plot, emblematic of the characters’ own lives. And yet it’s tremendous fun to watch them work together, play together, discover one another. It has a kind of shōjo manga tone to it. Likewise, Strange Weather in Tokyo is a dark examination of Japan’s own conflict between its old pre-WW2 culture and the modern salaryman world of Japan today. These disparate cultures are embodied by two protagonists who fall in love. There’s a comedy to their relationship, but a tragedy to their individual lives. That exact blend of excitement and sorrow is present here, too, and it works as well as it always has.

“And although I was here now, and Yukihiko was here too, that was all it meant. That was all. Time had passed, and we were still broken up, here on this beach and everywhere else.”

As we see Nishino, very voyeuristically, through the eyes of each of these ten women, we find a man we still don’t truly known. Despite watching him through decades of life, we see him from ten skewed, biased perspectives – which may say more about these women than of the lover they have in common – and we also see a man who, like each of us, changes so completely from era to era as to become unrecognisable. It’s the exciting phenomenon of change.

Once you get over the slightly jarring persistence of a first-person narration across several different women, you see the cleverness in it. The first-person perspectives inject an immediate quasi-sexual intimacy to the connection between the reader and these ten protagonists, but so too does the one through-line of Nishino. We get to know him through them and them through the narrative style. Intimacy and empathy achieved through two distinct methods to two different ends. Bravo, Kawakami!

Where tone and perspective do falter momentarily is within the first few stories. There’s an unsettling, uncanny, supernatural atmosphere to the first two stories, one which abruptly vanishes and is absent from the next eight. They set up a pointless misdirection as we believe we are settling into a ghost story which leads nowhere. At the risk of spoilers, the first story deals with an old lover of Nishino who, once grown up, is visited – along with her now adult daughter – by his ghost (or his corpse; it’s a little ambiguous). Nishino promised to find her, to always be with her, and now he asks to be buried in her yard. This does set up the repeated motif of Nishino almost always asking each woman in almost every story to marry him, highlighting how lost, alone, and desperate he is. But the creepy ghostly element is never seen again.

In the second story we have a teenage Nishino being watched as he sucks the milk from his own sister’s swollen breasts after she lost her baby but keeps producing breastmilk that causes her pain. It’s unsettling – deeply upsetting – and horribly creepy. And his sister does factor into the stories later on, but not to such a grotesque level. So, there is an uneven tone set by the initial two stories which makes the later tales seem blander by comparison. Despite this, however, it’s a guilty kind of joy to see this man from so many perspectives, to see him loved and hated – to see him composed and broken – and to live through the eyes of so many actualised and tangible characters.

“Mom, someone’s in the garden,” Minami called out.

In The Ten Loves of Nishino, Kawakami, with the aid of the fantastically clever translation powers of Allison Markin Powell, has attempted to capture every possible kind of woman, lover, and partner. It’s cynical, perhaps, to bottle love – to compartmentalise it in ten equally-sized stories about ten radically different yet eerily similar women, yet if we place ourselves in the shoes on Nishino, we see how many kinds of love we might experience in our lifetime. It’s a book that shows how love is very recognisable, but equally unknowable.

In Nishino himself, Kawakami, through move after deft move, has crafted a personality we cannot quite describe. No matter how much time we spend with him, and how many pairs of eyes we see him through, we never really know him. It’s a testament to the beauty of change – to how much we all grow and shift and evolve throughout our lives. It also warns us of how tricky love can be, when to know someone can be so difficult. There’s the potential for endless fascination and exploration with this book. It begs for multiple reads and teases the reader with the strangeness of love and life.

“Is he still alive? No, he’s probably dead by now, but vestiges of him remain indelible in my heart. And because of that, it makes no difference to me whether he is alive or dead.”

If you like the sound of this book, you may also love other Japanese translated novels Convenience Store Woman and The Housekeeper and the Professor.

Check out our review of Kawakami’s new short story: Parade. 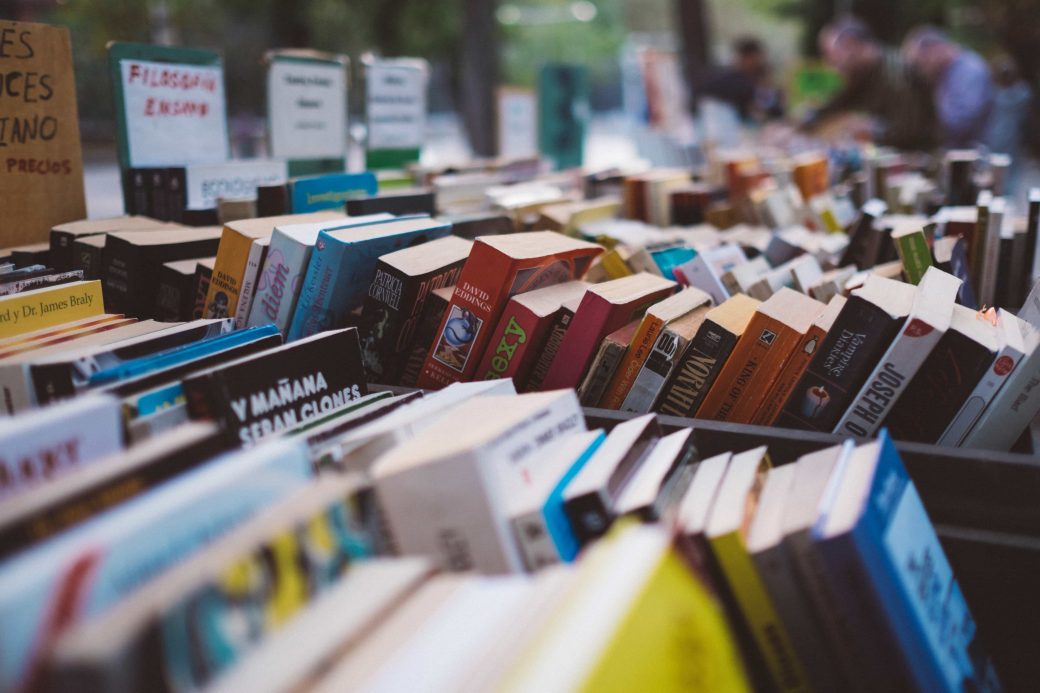 Next
9 Books Found in Every UK Charity Bookshop (And Why)
Click here to cancel reply.
As an Amazon Associate, we earn from qualifying purchases at no extra cost to you. This post may contain affiliate links that earn us a commission.