As a twenty-something who has, not for a moment, put learning and discovery behind him, I have spent several years now glued quite earnestly to YouTube as a means of studying things that escaped me as a child. Much like the housekeeper of The Housekeeper and the Professor, one of those things I missed out on was mathematics. And though I am as far from a mathematician as one could possibly be, I enjoy learning about it as best a layman can, thanks to several fantastically-written channels on my favourite website. But not a single one of these channels has come close to what Yoko Ogawa has captured here: the raw beauty of mathematics and its equations.

And in capturing this beauty, Ogawa has also captured my heart. I should say immediately that my heart was not the only one to be stolen by Ogawa’s enigmatic Professor. The novel’s protagonist and narrator, whose heart was also stolen with charming clumsiness, is a simple housekeeper who remains nameless (as is common in much of Japanese literature – perhaps a reflection of the we as opposed to the I which pervades so much of Eastern social behaviour). 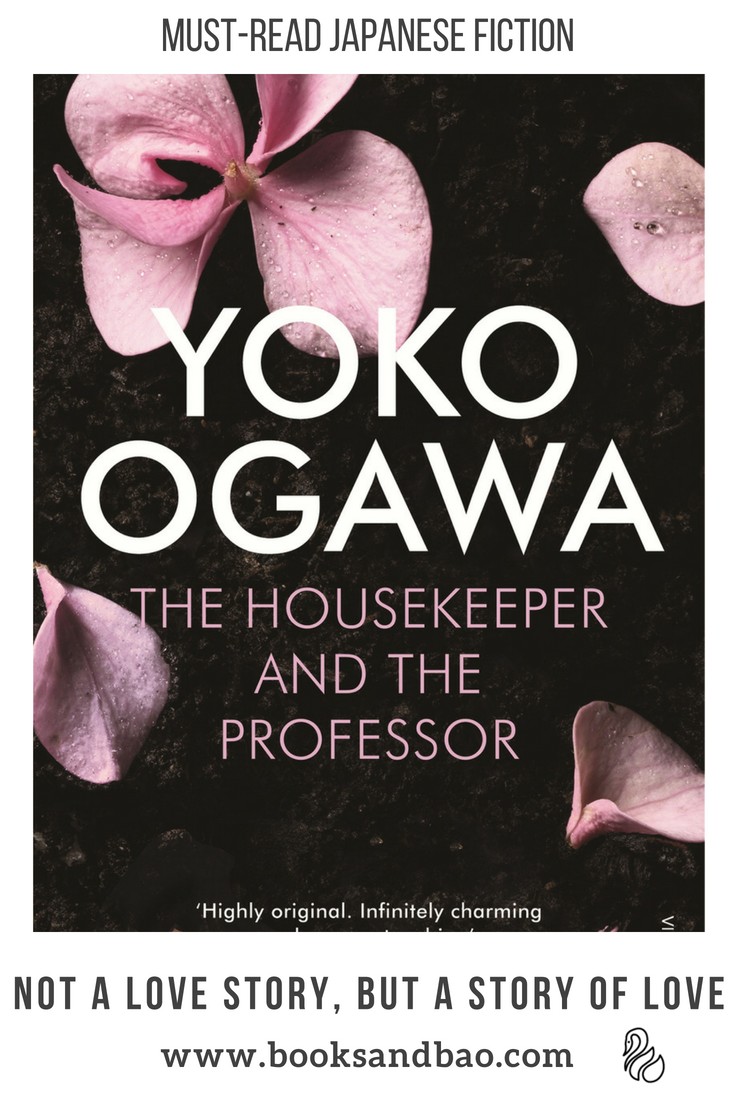 This housekeeper is a wholly good woman through and through. Falling pregnant at a young age – and having no husband to raise her son alongside her – she abandoned her studies and took to working religiously in order to ensure a good upbringing for her son. And through this work she meets the Professor (named simply this), a genius whose life has been forever handicapped since a car accident left him with an eighty-minute memory.

His brother’s widow has housed him in a small cottage on her property, isolated and with only his love of mathematics to occupy his wandering and curious mind. Failing to keep a single housekeeper for long due to his erratic moods and behaviour, the Professor is assigned our narrator as his tenth housekeeper, and here she quickly finds herself fully in love with his mind and, by extension, with mathematics.

Eccentricity and adoration are the traits of this tale, as is more telling in its original Japanese title: Hakase no Aishita Suushiki (literally: The Professor’s Beloved Equation), a title I would have preferred. Though, saying that, there’s certainly an importance in placing the housekeeper in the title. The adoration comes mostly from her, and though this is not at all a love story, it is certainly a story of love.

“The Professor was right: my birthday and his watch had overcome great trials and tribulations to meet each other in the vast sea of numbers.”

Arguably unique in a modern world of so much romance, the love here is far more complex: the obsession that the Professor has with mathematics, and the infatuation which the housekeeper also comes to find in it because of him; the pseudo-fatherly love which the Professor forms for the housekeeper’s only son, whom he nicknames ‘Root’ after the square root symbol; and the friendship which the housekeeper finds in the Professor. This man, to her, is not a lover, nor a father figure, and not a big brother either (these tropes are dangerously common in tales which focus on women – with contemporary literature we sometimes are led to believe that women seek only husbands and fathers in their search for companionship).

In fact, there is a moment in the story wherein the widow confronts the housekeeper, asking her why exactly she has become so close to the Professor, and what she wants from him. Is it money? Security? In fact it is only friendship, nothing more. Yet, frustratingly, nobody seems to believe her. In this scene, Ogawa is drawing our attention to that very ludicrous notion: people don’t want to believe that a person may simply need a friend.

The housekeeper is drawn to this brilliant man, and while the world of academic mathematics, and even those he was once close to, have all left him to fade in obscurity, this woman sees in him all the genius which he was once celebrated for. He is a prodigy caged in a small world of books and thoughts.

“And yet, the room was filled by a kind of stillness. Not simply an absence of noise, but an accumulation of layers of silence […] silence like a clear lake hidden in the depths of the forest.”

Though the Professor is undeniably trapped within his own mind, Ogawa pays attention to the creative ways in which people can communicate. Mathematics is so many things to so many people and, to many people, it is a language. And only due to the housekeeper’s willingness to understand this caged mind – and the Professor’s own almost comical love for mathematics – can they find a way to build a sturdy bridge between them.

“Numbers were also his way of reaching out to the world. They were safe, a source of comfort.”

Much like her contemporaries, Yoko Ogawa has written a tale of human failing and human intrigue. Ordinary life is captured time and again in the most beautiful ways by the best of modern Japan’s literati. The more we read, the more we see the complexities and captivating beauty in the simplest of gestures. Our relationships are never easy, never dull, and they are certainly worth exploring. Reducing an epic down to the scale of a short novel; capturing a great struggle within the space of a cluttered room and a mind that cages itself in; moving mountains by struggling through the senseless bickering and the tears, and finding a friendship to be worth the effort. All of that is beautiful; it’s the sign of a master storyteller, and it is worth celebrating.

If you like the sound of this book, you’ll also love Convenience Store Woman.