Strange Weather in Tokyo, first published in English in 2014, was a frightfully clever introduction to the mind of Kawakami. It was a love story between a young Tokyo office worker and her former teacher from another lifetime which placed its own plot and characters front and centre while subtly framing them in a theme of pre-war Japan and post-war Japan attempting to reconcile and live together as one. To this date, it remains Kawakami’s strongest work in translation, featuring her most rounded characters and a story that barrels along with some real agency. Which is why it is such a thrill to have here a sweet little tale set in the world of Tsukiko and her Sensei. Parade is a window back into the lives of these two beloved Kawakami heroes, and it is a thorough delight.

Rather than choosing to craft a sequel or a prequel to her most celebrated work, Kawakami has decided, with Parade, to craft something wholly unique. Readers who have not yet enjoyed Strange Weather in Tokyo do not need to; Parade exists as a strange and eerie folk tale that stands so very independently of that original work. As the story begins, Tsukiko and Sensei are sitting together, all alone in the world, napping in a tatami room, when Sensei takes Tsukiko’s hand and insists that she tell him a story from long ago. All she has is a tale from her childhood, which proves to be something far removed from the events, themes, and tone of Strange Weather in Tokyo, which is why Parade can be enjoyed entirely all on its own.

The story which Tsukiko decides to recount reads like a Junji Ito short story designed for children. There’s an otherworldly creep to it and yet it very much feels like a modern fairy tale. In it, Tsukiko recalls awakening to the sound of arguing. When she emerges, she finds two small tengu bickering. (Tengu are an infamous part of Japanese Shinto mythology – winged yokai with bright red faces and long noses. Tengu masks, worn in festivals, are extremely common and even have their own emoji.) The tengu proceed to latch themselves onto the child Tsukiko and follow her everywhere she goes. Her mother sees them, but sees nothing strange about them. When she arrives at school, she sees that other students have frightening yokai attached to them, too; theirs appeared earlier, but Tsukiko could not see them until hers arrived that morning.

“’The tengu depend upon you, Tsuki, dear. You must take great care of your relationship with them,’ my mother said.”

The juxtaposition between these piggybacking yokai and the normality with which they are presented is what creates a delightfully eerie and off-kilter atmosphere that seeps through the entire story – though the second half of Tsukiko’s little fairy tale is more about her relationship to a classmate who becomes ostracised by the other kids, as is sadly typical of child behaviour. To say more would be to spoil things, given that this is a sliver of a tale that can be read entirely in twenty minutes or less.

It’s a remarkably strange and bold thing to present us with two concrete characters, established in a novel of their own – a grounded work of modern realism – and then to have one of them recount a strange and supernatural tale, not of a dream but of a real memory. In Parade’s afterword, Kawakami herself considers how, once a story of hers is finished and out in the world, it becomes a memory as real as one of her own past. Time goes by and she finds herself pondering on what became of these people and their stories. She remarks: “The world that exists behind a story is never fully known, not even to the author. That is what I had in mind as I created this.”

“Once a day, every day, both of the tengu would go over to Yuko and touch her. When they did so, the spot on Yuko’s body where they had touched her would sparkle. Like a nighttime parade.”

What is truly wonderful about Parade is that, for fans of Strange Weather in Tokyo, we are treated to a new story of Tsukiko and Sensei. We are briefly reminded of the charm that defines these characters, and we are offered a wonderful window into Tsukiko’s memories, her imagination, her childhood mind. It perhaps reinforces the themes of the first book, in which – until meeting her Sensei once again – she has become a disenchanted Tokyo drone. But, in her childhood, she was a girl who went against the grain; she was the nail that would not be hammered down; she lived amongst arguing little tengu. And, for readers coming into the world of Tsukiko and Sensei for the first time through Parade, you will be presented with an endearing and abstract modern Japanese folk tale – a tiny little story told by one of Japan’s most precious and beloved contemporary writers.

As an enthusiastic Kawakami fan, I was thrilled and grateful to be allowed back into the lives of Tsukiko and Sensei, for just a little while. And to have that world be populated by yokai and children behaving as though nightmare things are ordinary, that was the most delightful treat.

Read More: Our original review of Strange Weather in Tokyo 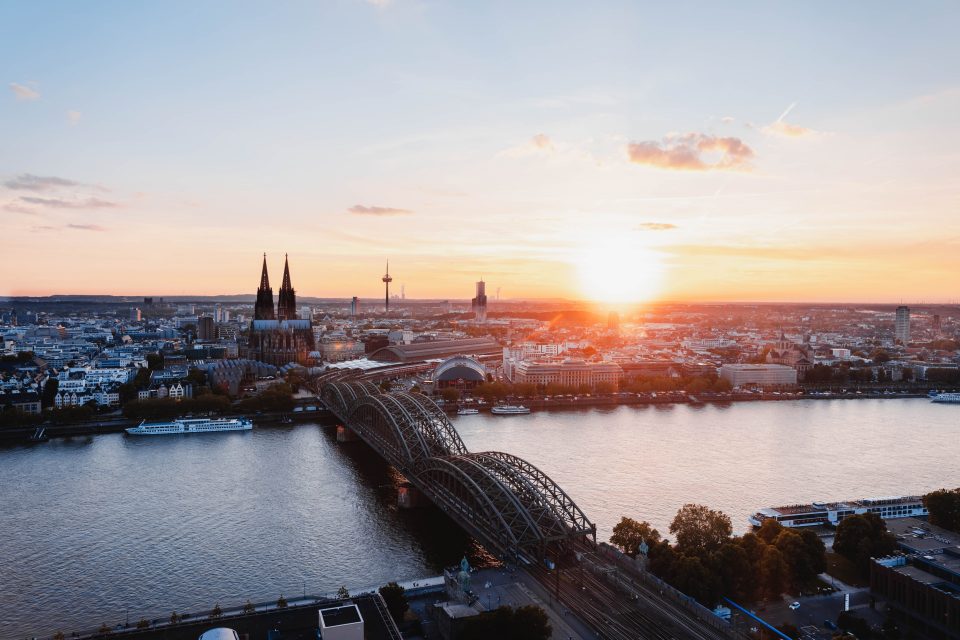 Previous
How to Explore the 6 Cities on The Rhine River

Next
Spend the Night in the Wizarding Chambers of London
Click here to cancel reply.
As an Amazon Associate, we earn from qualifying purchases at no extra cost to you. This post may contain affiliate links that earn us a commission.