Many visitors to Devon and Cornwall, in the South West of England, don’t even realise that these two counties have so much literary history! Counties filled with fable and lore, not to mention stories of the famed King Arthur himself who, according to legend, was born in Tintagel Castle, Cornwall, it’s no surprise that this part of the country has inspired some of our great literature.

World-renowned for their sparkling clear water, dramatic cliff tops and gorgeous beaches, it is admittedly easy to get distracted when visiting Devon and Cornwall. That being said, a little effort brings a lot of reward, and there are some fabulous literary destinations for you to discover and explore here.

Devon-based author Michael Morpurgo, famous for his critically acclaimed children’s book War Horse was inspired to write his masterpiece after a conversation with some war veterans at his local pub in Iddesleigh on Dartmoor. What followed was a heart-wrenching tale of a boy and his horse facing the horrors of the First World War together.

Heavily influenced by the area he knew so well, Morpurgo decided to base the story on a farm on Dartmoor. Tourism to the area is so popular that the original farm Morpurgo used as the setting for the book, now called the War Horse Valley Country Farm Park, is open for tourists. The farm even has a museum on-site, which covers the First World War, War Horse, and Morpurgo’s Literature.

In 2011, when War Horse became a movie directed by Steven Spielberg, filming took place on Dartmoor, an area Spielberg described as having “such an abundance of natural beauty”. For fans of the movie as well as the book, many of the filming locations are open to visitors.

For lots of information about Dartmoor, you can visit the Dartmoor tourism website.

Dartmoor is clearly a popular palace for writers, because Sir Arthur Conan Doyle also set one of his novels there, namely the Hound of Baskervilles – Sherlock Holmes’ most famous mystery. In 2001, a BBC documentary revealed that Conan Doyle’s inspiration for The Hound of Baskervilles came from a conversation with his friend, who told him of the legend of a ghostly hound that roams on Dartmoor.

Besides searching for the hound on Dartmoor, there are many other real places mentioned in The Hound of Baskervilles that you can visit. These include Bellever Tor, a granite rock formation in the centre of Dartmoor, and the village of Princetown. Fox Tor Mire, a boggy area of the moor which becomes particularly spooky as the mist and fog rolls in, is thought to be the inspiration behind Grimpen Mire in the novel.

Moving on from Dartmoor, head over to the city of Plymouth. Here, Conan Doyle worked in a medical practice before achieving critical acclaim for his Sherlock Holmes series. Unsurprisingly, the medical practice he worked at was long since demolished. Today, the city keeps his spirit alive through the embedded paving flags containing many Holmes quotes scattered throughout the streets.

In 2007, 6 Elliot Terrace received a blue plaque to mark Conan-Doyle’s 1882 residence in the city. The apartment, cashing in on its historic significance, is now available to stay in overnight!

Now owned by the National Trust, Greenway House was once the beloved holiday home of iconic crime novelist Agatha Christie. Entry to the house is £8, and its interior looks the same as it did back in the 1950’s when Christie spent summers and Christmases here.

Although she did not write at Greenway, (she preferred to use it as a place to recuperate after completing her novels), Agatha Christie set three of her novels at this very house: Ordeal by Innocence, Dead Man’s Folly and Little Pigs.

Described by Christie as “the loveliest place in the world”, it’s hard not to agree with her. Sat on the banks of the River Dart, romantic woodlands and a large garden, which includes a peach house, a vinery, surround Greenway. Strolling around the garden, it’s easy to see why Christie chose Greenway as her place to get away from it all.

In 1818, John Keats joined his brothers in the delightful seaside town of Teignmouth in North Devon. Taken aback by the town’s beauty (and the amount of rain that fell during his visit), he immediately wrote home to his friends.

In a letter to friend John Hamilton Reynolds he wrote: “the flowers here wait as naturally for the rain twice a day as the mussels do for the tide”. As the rains slowly subsided, he commented in a letter “Here all the summer could I stay”.

The residence he stayed in, Northumberland Place, now bears a plaque boasting of Keats’ stay in 1818. Teignmouth clearly left its mark on Keats, inspiring him to write the poem ‘Teignmouth’. He originally, rather self-deprecatingly, referred to the poem as ‘some doggerel’, and Keats’ editor quickly relegated it to the ‘Trivia’ section of his poetic works. In spite of this, the poem is still read and enjoyed to this day.

Nowadays, Teignmouth is one of the most gorgeous and thriving holiday towns in Devon. It’s ideal for lovers of beaches, watersports and exploring the countryside. After any amount of time spent in Teignmouth, visitors will understand Keats’ enthusiasm for the town.

Fans of Winston Graham’s epic historical tale of the life of Ross Poldark are an enthusiastic bunch. So much so, that the North Cornwall town of Perranporth sees many of them on their Poldark pilgrimages throughout the year. Due to the popularity of the recent TV show, some companies have even started running Poldark day trips from Perranporth.

Drawing directly from his surroundings for inspiration, you’ll find lots of places in Perranporth that Graham featured in his Poldark series. Perhaps most notably is the Wheal Leisure mine, run by Ross Poldark in the series. Disappointingly, the ruins of the mine now lie under Wheal Leisure car park.

Nevertheless, the car park’s proximity to the beach makes imagining how spectacular the mine’s setting would have been very easy. You can find the other Cornwall Poldark filming locations on the National Trust website.

The three miles of golden sandy beach in Perranporth is breathtaking, but that’s not why we’re here. Up in the dunes of the beach you’ll find the Winston Graham memorial bench. The bench has epic views over the sea and also commemorates Graham, easily the town’s most famous inhabitant.

After enjoying the views, join the South West Coast Path to hike the 3.5 mile coastal walk to St Agnes. This area of coast has a remarkable Cornish mining heritage. As well as countless secluded smuggling coves you’ll find the heavily mined Cligga Head as well as Blue Hills, the last tin stream works in Cornwall. Wandering along these cliffs, it’s really easy to picture the Poldark saga come to life.

Everybody has heard of the book, but did you know the Jamaica Inn is a real place? It’s been standing on the haunting Bodmin Moor since 1750. And yes, the real Jamaica Inn also has ties to smuggling due to its isolated location. Its unique name is rumoured to be because smuggled rum from Jamaica was stored at the Inn.

Unfortunately, it seems the name has much more mundane origins. The original landowners, the Trelawney family, had two members serve as the Governors of Jamaica back in the 18th century. It is thought the Inn is named after their position.

Nowadays, the Jamaica Inn thoroughly embraces its smuggling infamy and its du Maurier claim to fame, and part of the building now contains the Museum of Smuggling. Although often a stop for huge coach trips, there are certain times you can visit in relative peace.

The best time to visit is at night in winter, when the howling wind from the moors makes it very easy to experience the haunting feeling of the Inn given by du Maurier. The Inn is still fully functioning as a pub and place to stay, so order a beer (or a rum!) and soak it in for a while. The Jamaica Inn also has a great gift shop featuring countless editions of Du Maurier’s books.

Once again, Frenchman’s Creek is actually a real place, set just outside the village of Helford in West Cornwall. Walking around this hidden area of the Helford River makes it clear why du Maurier was so inspired here. The National Trust put together a circular walk of Frenchman’s Creek starting and ending at Helford.

This is the best way to explore the creek and, although only 3 miles long and extremely moderate, the walk is very scenic. Besides, and who could be disappointed by visiting a famous literary landmark?! If you’re in the area, a visit to Frenchman’s Creek is a thoroughly pleasant way to spend a few hours.

On the beautiful Fowey Estuary in South Cornwall you’ll find the quaint harbour town of Fowey. Although the harbour’s bustling atmosphere is a great distraction, it’s the Bookends of Fowey bookshop that you’re here for. If there’s a starting point for literary travels in Cornwall, this is certainly it.

Although a rather typical second-hand bookstore from the outside, Bookends are specialists in Cornish and Cornish-inspired literature. Alongside Cornish travel guides and books recounting Cornish history, you’ll also find a heavy nautical theme to their collection. You’ll also find a staggering selection of Daphne DuMaurier, Winston Graham and Sir Arthur Quiller-Couch.

If possible, time your visit to coincide with the Fowey Festival of Arts and Literature (previously named the Du Maurier Festival). Taking place in various locations across Fowey in May of each year, this literature festival features prominent authors, speakers, artists and musicians and even includes writing competitions. Visitors from across Cornwall and the UK descend on the Festival, and it’s always the most exciting time to be in town!

Venues are intentionally small and ticket numbers are low. This is to ensure that you come away really feeling like you’ve met the author and your fellow festival-goers. Don’t let that make you think the festival only attracts small names though – attendees in 2019 included Michael Murpurgo, John Boyne and Deborah Moggach!

As you can see, Devon and Cornwall have so much to offer beyond the obvious, and their extraordinary natural landscapes have acted as inspiration to some of the most significant works of British literature. The only question is – which place are you heading to first?

About the authour: Ella is a London-based travel blogger who spent 3 years living in Yorkshire. As an avid reader, she spent as much time as she could
exploring Yorkshire and its surroundings to learn more about her favourite literary figures. You can read more about her travels over on
her blog, Many More Maps.

A Bookish Guide to Copenhagen

6 Literary Places to Visit in Yorkshire 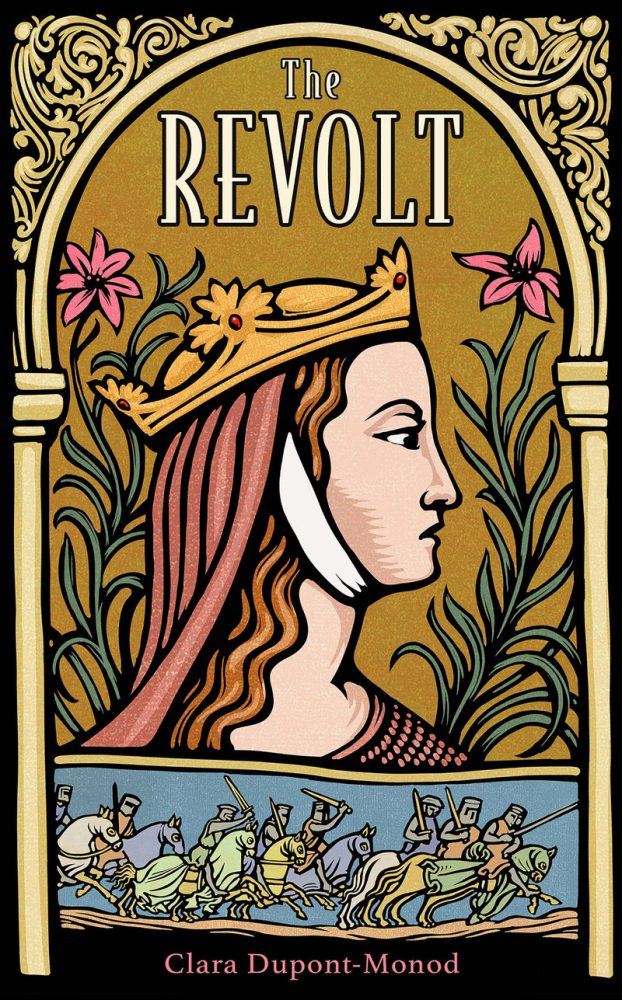 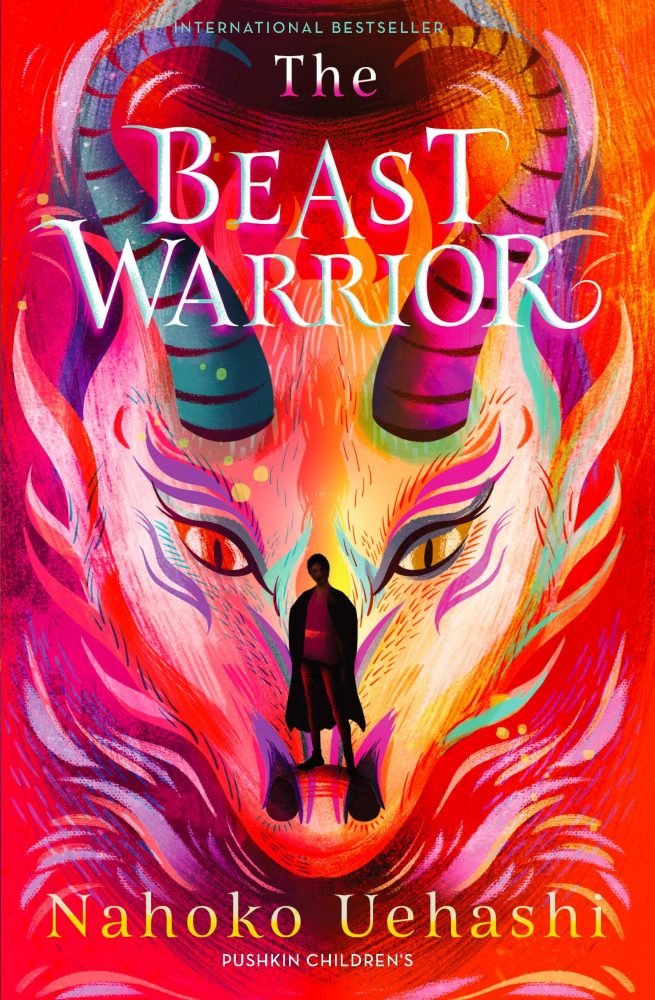 Next
Review: The Beast Warrior by Nahoko Uehashi
Click here to cancel reply.
As an Amazon Associate, we earn from qualifying purchases at no extra cost to you. This post may contain affiliate links that earn us a commission.