There’s a dizzying amount of quality when it comes to Japanese food in London. Proper, authentic Japanese food made with intense heart and skill abounds in central London; honestly, we’re spoiled for choice. In the Soho and Covent Garden areas alone, you’ll find nine of the most unique and fantastic Japanese restaurants in London.

If you’re not in the Soho/Covent Garden area, there’s still a wealth of quality Japanese food in London to enjoy, some of which are delightfully affordable chain restaurants and take-out places (which you’ll find below). So, taking into account a range of cooking style, both independent and chain restaurants, and a variety of budgets, here are the twelve top Japanese restaurants in London. Whether you’re looking for cheap sushi in London or the finest ramen and katsu curry, it’s all here.

One of the top Japanese restaurants in London is a staple in its native Japan. Head to Tokyo and you’ll find a CoCo Ichibanya on in every district of Japan’s capital. But this one, tucked around the corner from Leicester Square station, is the only one in London.

CoCo Ichibanya is a Japanese katsu curry house, that serves massive portions for a reasonable price. If you’ve never had Japanese curry before, well, you’re in for a treat. Japanese katsu sauce is, I would argue, the most addictive substance known to man. In fact, my addiction to katsu curry poses a serious danger to my wallet.

At CoCo Ichibanya, you can stipulate how much rice you want and what level of spice you’re after (Japanese katsu curry is traditionally lacking in spice). There’s also a range of ingredients you can choose from, including different styles of chicken, egg, and spinach. If this is your first time dipping your toe into the vast waters of Japanese food in London, CoCo Ichibanya is a great place to start. Katsu curry is the best Japanese food; don’t argue with me.

Found at the edge of Covent Garden, Wa is a delightful Japanese bakery. In case you’re not familiar, bakeries in Japan are as abundant and beloved as ramen joints. And Wa is a perfect example of a traditional Japanese bakery in the heart of London.

Japanese bakeries, and the Japanese style of baking, were originally heavily inspired by the Portuguese who visited and traded goods and knowledge with Japan centuries ago, hence many bread products in Japan being sweet and referred to as ‘pan’. Speaking of which, Wa is one of the few Japanese restaurants in London where you can buy authentic melon pan (the other Japanese food I have a dangerous addiction to). Melon pan are, essentially, large lumps of yellow bread coated in sugar. Nothing more. And they were sent to us from heaven.

Amongst all the Japanese curry places, sushi restaurants, and ramen joints, it’s lovely having an authentic Japanese bakery in London’s most picturesque neighbourhood. The cakes and pastries sold here make for great snacks to munch on while exploring the rest of Covent Garden.

In Japan, taiyaki are often sold by street vendors or hole-in-the-wall places dedicated entirely to taiyaki. Yaki Yaki very much channels that tradition by dedicating itself to providing a delicious range of taiyaki, making Yaki Yaki one of the most unique top Japanese restaurants in London.

A good bowl of steaming ramen is true soul food. There is nothing more warming, soothing, and comforting than ramen. It contains so much goodness and kindness; it’s like a mum in a bowl. Finding good ramen (as in fresh, non-instant, proper restaurant ramen) in London would be hard to do if it wasn’t for Shoryu Ramen.

For this list we’re mostly focussing on the Soho and Covent Garden areas of central London, and you’ll actually find a Shoryu branch in each of them – as well as one in Shepard’s Bush, Shoreditch, Regent Street, New Oxford Street, Carnaby, and Liverpool Street. If you’re outside London completely, there’s even one in Oxford and another in Manchester!

It isn’t going too far to bang the katsu curry drum one more time, is it? Well, I’m doing it anyway. And, besides, CoCo Ichibanya is a huge chain in Japan, while Kare Curry is one delightful little katsu curry restaurant in Soho.

Kare Curry offers traditional chicken katsu curry, as well as a vegetarian option that uses pumpkin instead of chicken (and it’s absolutely delicious!) Their meals, if we are comparing them to CoCo Ichibanya, are also slightly cheaper and no different in quality.

By a delightful coincidence, Kare Curry is also right around the corner from The Second Shelf, one of our favourite independent bookshops in London, giving you more than one reason to visit the area. Beyond that, you’ve also got Chinatown and many of London’s best theatres within a two-minute walk from Kare Curry.

Koya has two restaurants in London: one near Bank station and the other just off Shaftesbury Avenue in Soho. Their speciality is two-fold: hot or cold udon, and donburi rice bowls.

While the donburi is a little on the pricey side, the udon is not only reasonably priced but also some of the best Japanese food in London, making Koya one (or, technically, two) of the best Japanese restaurants in London. It was initially recommended to us by Yuki from Yuki’s Kitchen, a Tokyo-born author and chef who taught us how to make tempura and udon from scratch.

Walk yourself to the edge of Soho’s Chinatown, squeeze in through a little door, and head down a quiet staircase. In this basement you’ll find a supermarket-sized centre of Japanese splendour. Japan Centre does actually feature a small supermarket of imported Japanese food, cooking ingredients, and other delights. But that’s just half of it.

The other half of the Japan centre is a cafeteria of Japanese cuisine that takes me back to my days of teaching at a Tokyo university (their cafeterias are the best). At the Japan centre you can order a great range of reasonably priced hot food items like tempura, sukiyaki, and, yes, chicken katsu curry.

The Japan centre is also the only other place in London, besides the aforementioned Wa, which sells melon pan. In short, The Japan Centre is not only one of the best Japanese restaurants in London, but also a great place to stock up on imported ingredients for some Japanese home cooking. They even sell a few Japanese books for learning the language, and some Japanese literature in translation.

Taro offers some of the best sushi in London, as well as bento boxes filled with sushi and tempura, ramen bowls and, of course, chicken katsu curry. There are three Taro restaurants in London: one on Brewer Street, one in Balham, and one in Kennington (that’s the one we’ve personally been too).

The loveliest thing about Taro is that they aren’t flashy affairs; they’re what you experience when you go to a simple ramen bar in central Tokyo. They’re understated in terms of atmosphere and décor but unparalleled when it comes to their authenticity and quality. Head to Taro for some cheap sushi in London and some delightful traditional bento boxes.

Okay, yes, bao are not Japanese; they’re Taiwanese. We know – or, at least, we should know – we are Books and Bao. However, we mention this restaurant because it’s one of our favourites in London and one that’s too good to leave off this list, and also because bao (Chinese steamed buns filled with delicious meats and vegetables) are extremely popular in Japan.

There are several Bao restaurants in London, including one in the iconic Borough Market and another in Soho. They serve fresh, homemade bao buns, many of which are original and experimental styles like the fried chicken bao which is basically a chicken burger made using bao methods.

Indulge me in my katsu curry obsession one last time. Please. Wasabi is a chain that you can find on almost every street in central London, as well as in the London airports and the bigger train stations (like Victoria), and Wasabi offers incredibly cheap katsu curry that’s as authentic and delicious as the restaurant curry found at Kare Curry and CoCo Ichibanya.

If you’re in a hurry, or you’re looking for take-out food rather than a restaurant dining experience, Wasabi is the best fast food chain in London. And that’s not only because of its excellent katsu curry. Wasabi also offers cheap onigiri, sets of sushi, and other hot options like yakisoba and even Korean bulgogi.

All of their food is of such a high standard for a take-out chain; their katsu curry really is some of the best Japanese food in London; and if you’re looking for cheap sushi in London, check out Wasabi.

Looking for a reliable and affordable sushi buffet in London? There’s at least one Yo Sushi in every borough. This is cheap sushi in London that offers a variety of deals, specialist menu options (including, ahem, katsu curry), and cheap Japanese beers like Asahi.

Yo Sushi is actually found right across the UK – in fact, you’re probably already aware of it. But that doesn’t change the quality of it. Yo Sushi holds itself to a reliably high standard and offers a good range of other Japanese food options as well. Definitely the cheapest and most convenient sushi buffet in London.

Itsu began in London and has slowly spread across a lot of the UK. Today, you can even find branches of this Japanese-inspired chain in New York and Paris. But it all began in London, and you’ll find an awful lot of them here.

Itsu focuses on low-calorie, high-flavour bento boxes bulked out with rice or noodles and flavoured with chicken, vegetables and staple Japanese sauces like soy, hoisin, and even Korean gochujang. Itsu is cheap, affordable, and even offers some of the most delicious cheap sushi in London. If you get there half an hour before closing, you can pick up fresh items for half price! 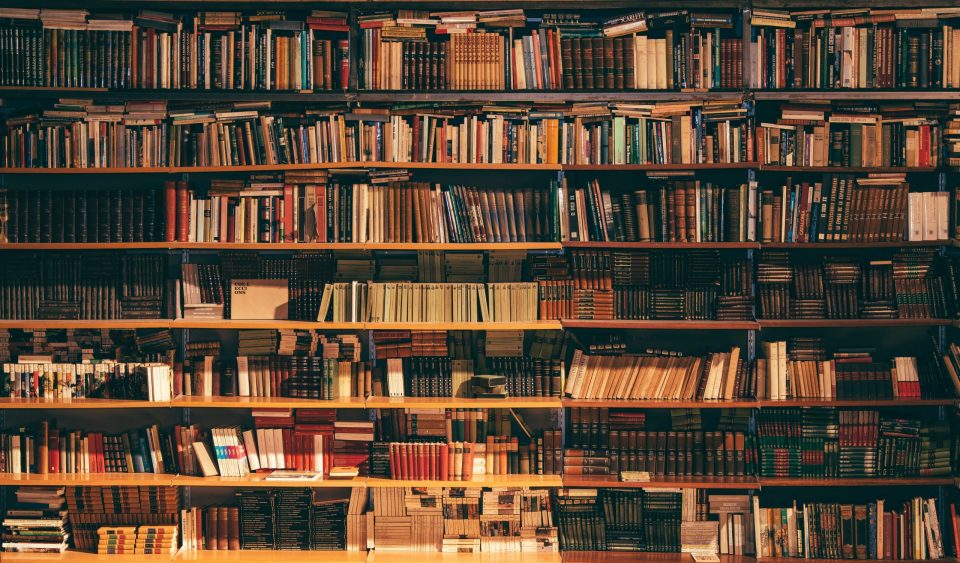 Next
Author Spotlight: Roberto Bolaño (His Life and Works)
Click here to cancel reply.
As an Amazon Associate, we earn from qualifying purchases at no extra cost to you. This post may contain affiliate links that earn us a commission.