Review: The Wind That Lays Waste by Selva Almada

In around one hundred pages, this whip-crack of a novel has the eerie feel of a biblical parable, but one with depths that can be plunged to your heart’s content. With The Wind That Lays Waste, Selva Almada has crafted a story of heroes and villains, with a setting and pace reminiscent of Waiting for Godot, and biting, cutting, rhythmic dialogue that keeps the momentum strong from page one to its almighty conclusion. This is the kind of book that you read in one sitting, slam shut, take a deep breath, and dive straight back into.

“Once again, he felt that he was an arrow burning with the flame of Christ. And the bow that is drawn to shoot that arrow as far as possible, straight to the spot where the flame will ignite a raging fire. And the wind that spreads the fire will lay waste to the world with the love of Jesus.”

This slender gem of a novel takes place entirely, aside from a few flashbacks, at the home and workshop of a mechanic – a quiet, withheld, level, and masculine man named Gringo Brauer – out in the rugged countryside of Argentina. When Reverend Pearson and his teenage daughter Leni, two nomadic evangelists, break down, they seek the help of Brauer to fix their car and offer them somewhere to stay for a day or so. Pearson takes a spiritual likening to Brauer’s assistant, a shy and reserved boy who goes by Tapioca, believing Tapioca to be absolutely pure, in a truly biblical sense. The novel’s bricks and mortar are Brauer and Pearson, two middle-aged men who disagree fundamentally on all aspects of faith: the existence of god, the source of good and evil in the world, and man’s purpose on it. And much of the conflict comes in the form of them butting heads over this topic time and again. Their passive-aggressive banter is stimulating; it has you gritting your teeth and clenching your fists as you read. But there’s even more to it, if you’re prepared to look. 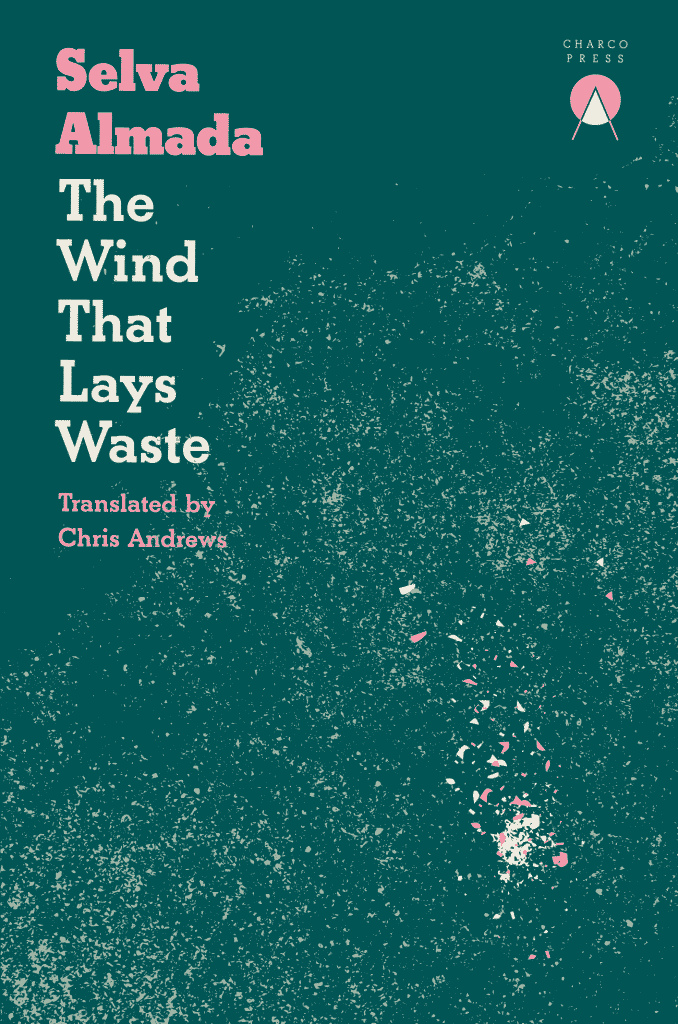 There is so much to dig into, to enjoy, to think about long after you walk away from this book. For a thin volume, it can take hours to read if you allow yourself time to pause between chapters and consider the themes at play here. In fact, after completing this review I fear I’ll look half a fool for all the things I failed to mention which didn’t occur to me until later. This is what makes it even more re-readable than the average novel. The Wind That Lays Waste pits the two absolutes, one of of evangelical, zealous belief and the other of the dismissal and mockery of faith, against one another, with no middle ground. Observing his actions and his desires, it’s easier to view Reverend Pearson as the villain of the piece, but there’s as much to enrage the reader in Brauer’s dismissive ignorance. Digging deeper, we see not only the dangers of blind faith on those around us, but also the damage done by hyper-masculinity. There’s a lot to be said for Almada’s choice to make these two characters both male, both of a similar age – betraying the pig-headed toxicity that can brew in the hearts of men if left to stagnantly gestate. Regardless of their faith, their politics, their agenda, it’s in their behaviour, their arrogance, and their ignorance that the fault lies.

“Are you a believer, Mr Brauer?”

“I don’t have time for that stuff.”

Well, I don’t have time for anything else.”

The simple beauty of The Wind That Lays Waste, however, is in its minimalist delivery, which focuses far more on story and leaves the digging to the reader; something which is entirely optional. You can get as much or as little from the themes of this book, and however you read it, you’re never once made to feel like you’re doing it wrong. You can dig as deep as you want, and the soil is still good.

As someone who has grown up an atheist and a sceptic of religious institutions, I admittedly may have taken the side of Brauer in this book’s fight. That’s my bias. Others may see it differently. Knowing this about myself, however, I did my best to remain neutral, to observe these characters equally. Ultimately, I saw Brauer as the more morally good, honest, and smart of the two – and the book presents plenty of strong evidence to back that up. But the book is also clever enough to not provide any absolutes, and there is no absolute good in Brauer either, as seen most prominently in the book’s final, crushing pages. All of this had me wondering: are my morals too skewed in one direction or is it the simple case that Pearson is far more the bad guy than Brauer is. A book that encourages me to ask this question of myself is a book with the power to make its readers more empathetic, more meditative on our own morals, attitudes, and behaviour.

“Good and evil were everyday things, things in the world you could reach out and touch. Religion, in his view, was just a way of ignoring responsibilities. Hiding behind God, waiting to be saved, or blaming the Devil for the bad things you do.”

The Wind That Lays Waste is not a novel that can be read passively. It’s a book that draws out true emotional fervour from the reader. Engaging with the page-turning dialogue, learning more about its protagonists through brief intermittent flashbacks, and watching the tensions rise in their aggressive banter; it’s not far removed from watching a bar fight. You’ll find yourself picking a side, tensing your muscles, and sucking air through your teeth following blow after blow. That’s not to say the story is an ever-increasing battle, but the atmosphere certainly thickens like a haze as the story moves along; and with pacing as fine-tuned as this, you’ll really feel that haze draw in around you.

None of this would be half as effective without the phenomenal translation skills of Chris Andrews. The Wind That Lays Waste is my personal favourite translated novel of 2019 so far, and Chris Andrews is half the reason. Without his translation, I couldn’t even access this book. And without his pacing, his ability to turn a phrase, and his skill at translating sharp, scathing dialogue, I couldn’t have fallen for it as I have done.

“The reverend completed his circuit and came back to where his daughter was still standing, as rigid as Lot’s wife, as pitiless as the seven plagues.”

The Wind That Lays Waste is the book that I’ll be keeping in my back pocket to pull out when I inevitably find myself less than charmed by whatever I’m reading next. It’ll be my comfort blanket. Like other books that have changed me on some ethical level – books like Ishiguro’s An Artist of the Floating World and Jung Chang’s Wild Swans – it’ll be one that I reach for time and time again. The Wind That Lays Waste is a tale of morality presented from two dark extremes, both of which come from a place of fear and loneliness, and both of which have the power to deeply harm, restrict, and restrain. It’s a ripping yarn at its simplest, and a deep well of moral philosophy at its most complex. Whatever you take from this book, it’ll change you.

Read our reviews of Charco Press’ other 2019 novels: An Orphan World, Loop, and The Adventures of China Iron. 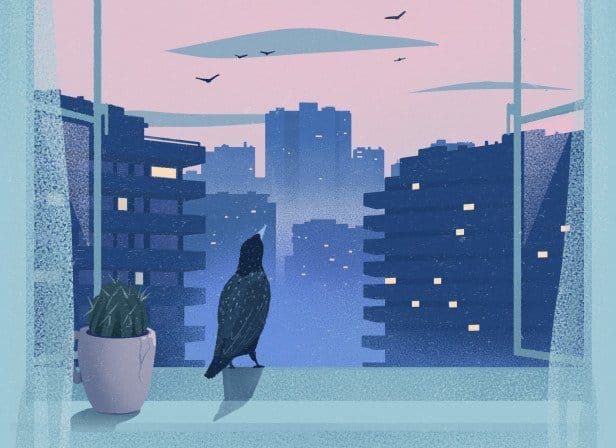 Next
Review: Starling Days by Rowan Hisayo Buchanan
Click here to cancel reply.
As an Amazon Associate, we earn from qualifying purchases at no extra cost to you. This post may contain affiliate links that earn us a commission.