How do we define narrative? Traditional narratives as we typically think of them involve an entirely fictional story laid out with familiar beats: chapters, dialogue, and paragraphing; a beginning, middle, and end; exposition, themes, and motifs. But experimental forms of narrative, the kinds that have existed for centuries but are recently and rightfully in vogue and being given award-winning status, are arguably far closer to the truth than most traditional forms of narrative. Loop sits comfortably amongst such award-winning experimental narratives (like Milkman by Anna Burns, Flights by Olga Tokarczuk and Jennifer Croft, and the recently Booker-shortlisted Ducks, Newburyport by Lucy Ellmann) as a clearer espousal of truth to life than something that is, ironically perhaps, more familiar to our tastes.

Loop is a diary of sorts, or at least the diary is used here as a framing device for the narrator’s story. Unnamed, she is a woman who impatiently awaits the return of her boyfriend after he sets off on a family trip to Spain – which also takes him to Portugal and France – from their home of Mexico City after his mother passes. Our narrator flippantly compares herself to Penelope, switching out the weaving of her shroud for writing in this notebook.

“Change. Unlearning yourself is more important than knowing yourself.”

Our scrawling protagonist is one of the most charming narrators I’ve come across in a long time. She’s impatient, well-read, introspective, thoughtful, witty, and ambitious. Her notes toe the line between a succinct narrative, a dislocated train of thoughts, and a series of philosophical musings (whatever such a line would look like). This is what makes her notebook and her narrative so much truer to life than a classically structured novel. What we find and enjoy here in Loop is far nearer to our own daily thoughts and experiences than those set out in a typical piece of literary fiction. She has both thoughts and experiences she wishes to note down. Some – perhaps many – things are skipped over. Dozens of thoughts are unfinished throwaway musings with no greater depths to be plundered; others are questions that the reader may enjoy pondering on.

Her narrative is mostly linear, constantly peppered with stray ideas and observations. Though sometimes there are flashbacks. These don’t always come when they are needed – when the audience could perhaps do with some background filler – but rather when our narrator considers them: when her train of thought leads her there or when her mood naturally leads her to a moment of pondering on the past.

This is what makes Loop such a clever delight to read: the narrator’s personality shines not so much through her actions, as with many a good novel, but rather through her mood as implied by what she talks about chapter-to-chapter. You can almost come to imagine what the weather is like, what time of day it is, or what kind of a morning she’s had, based on what she chooses to write about in any given chapter. Whether she feels particularly introspective and philosophical one day, or whether she is being more pragmatic and clearer in describing her day’s events. Some days we learn about her friends and how she spends time with them – other times we read with fascination as she turns Proust into a character in her own life.

“Oh, I’m just like all the literature I most despise. Although I do own good books, any bad poem resembles me better.”

Despite this almost chaotic method to storytelling – this disconnected and fractured notebook novel – the themes and motifs of Loop are far more clearly laid out as a result. There’s a pervasive and heavy loneliness to our protagonist. Not only is she bored as she waits for her boyfriend to return from his odyssey (despite taking her own trip to Chicago and back in the meantime), she also implies a disconnect with the tangible world and beating hearts around her as she finds greater comfort and solace in Proust, in the songs of Shakira, and in her favourite Bowie track, ‘Wild is the Wind’. These are more than leitmotifs in service of the reader; they’re her companions in loneliness. They carry meaning for her as a thoughtful introvert. And the greatest companion of all is, of course, the notebook (and, by extension, us as the voyeuristic readers).

In terms of being a strict narrative, Loop certainly checks that box. But it refuses – in fact it stands in stark defiance of – the notion that plot drives character. Life and time move ever onward, and as she rides this tide, she allows us access to the caverns of her mind. Consider so many of your favourite protagonists: any thoughts we the reader are privy to are almost exclusively tied to the matter at hand – to the plot and its events, to fellow characters and their issues. But the mind does not work that way. I vaguely recall an interview with a rock star I once watched on YouTube where he was asked what goes through his mind live onstage. And he said that sometimes you’re in the moment, thinking of nothing but the words and the audience; other times laundry or tomorrow’s dinner will pop into your head. We don’t live our lives in a vacuum; stray thoughts fill every waking moment and, in this respect, narrators and protagonists very seldom tell us their whole truths. We never see their thoughts bared entirely; only a select number of musings and worries intrinsic to the plot.

“Isn’t the voice, at the end of the day, made for other people to hear it?And aren’t stories what create bonds? Isn’t trying to describe what the other person can’t see an act of love?”

The novel that this method of storytelling bears a striking resemblance to is one that I’ve already mentioned, and which is the biggest surprise talking point of 2019: Lucy Ellmann’s Ducks, Newburyport. A famously 1000 page book comprised of a single sentence. A string of thoughts that never lets up, and reflects the inner workings of the ever-churning mill of the mind better than any book I’ve known. Loop accomplishes something very similar, but instead is under 200 pages and sliced up methodically into small paragraphs within compartmentalised chapters. Though quite often these chapter breaks seem arbitrary, the paragraphs represent separate, often random thoughts, remarks, and observations. Often amusing, sometimes profound, occasionally dull. They’re true to life. They’re the everyday philosophies of ordinary humans brought into the spotlight with daring honesty.

As for the title, it has a neat connection to the first quote used above. In this window of her life as our narrator is writing down her thoughts and experiences in this notebook, you can see it plainly as a method of ravelling, unravelling, dissecting, and observing her own life: her feelings, actions, relationships, habits, and more. This book is a teachable thing. It can show us how best to learn to ‘unlearn’ ourselves in order to better ourselves, or at the very least be more true to ourselves. Through the method of writing, and the appreciation of this act, what, exactly, can we teach ourselves and learn from ourselves? That’s a question this book poses and, through its beats and its repetitions and its musings, answers as well.

Loop is, quite honestly, faultless. It’s a notebook narrative that speaks to and of the mind as it behaves day after day after day. Life events are described, the story moves on, but it is broken up with deep and considered musings on purpose, happiness, loneliness, and pain. It is an invitation to ride the train of thoughts of a charming, sweet, and charismatic young woman who lives with loneliness and seeks comfort in relatable things. As far as our protagonist goes, I grew to love her, and as for Loop as a piece of narrative fiction, I have endless admiration for it.

Read our reviews of Charco Press’ other 2019 novels: The Wind That Lays Waste, An Orphan World, and The Adventures of China Iron 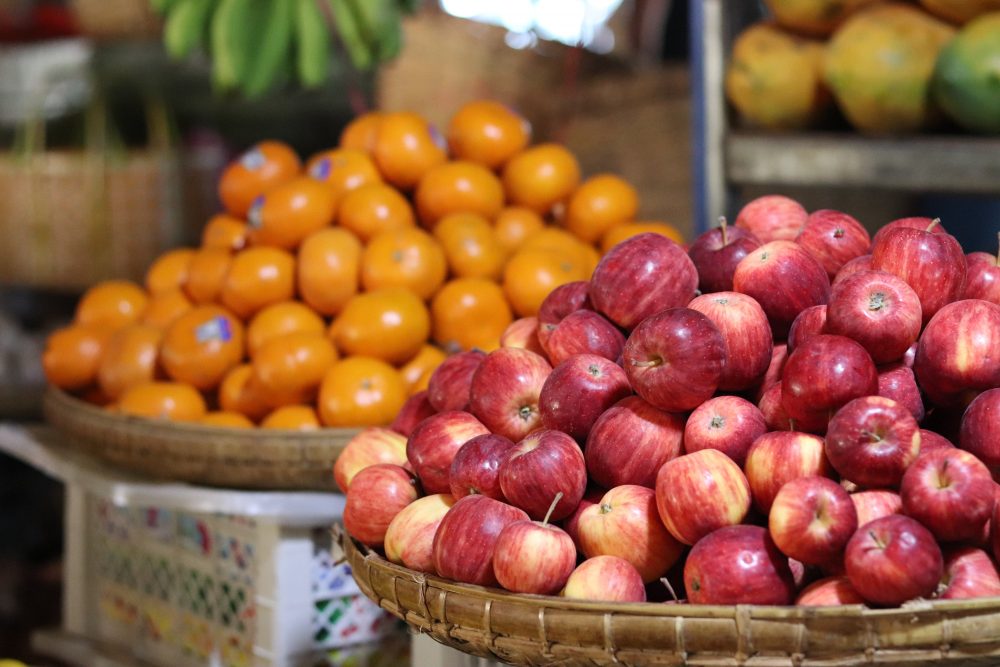 Previous
How to Get From Yangon to Bagan (Four Great Ways) 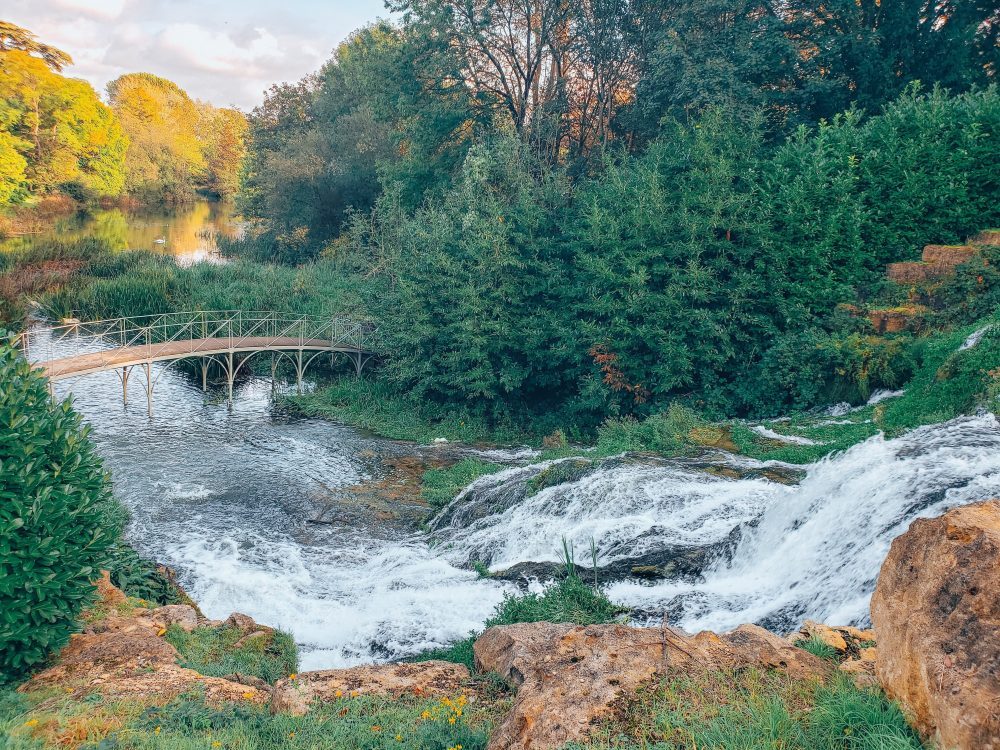 Next
Blenheim Palace & Woodstock: A Perfect Day in Oxford
Click here to cancel reply.
As an Amazon Associate, we earn from qualifying purchases at no extra cost to you. This post may contain affiliate links that earn us a commission.