Review: There’s No Such Thing As An Easy Job By Kikuko Tsumura

Translated from the Japanese by Polly Barton

While I don’t know the complete shape of Japanese literature today, many Japanese books in translation have, for the past several years, been reflective of the frustrating, exhausting world their writers were born into.

Most of these writers are inspiring women, exhausted and angered by modern politics, inequality, work culture, family, hypocrisy, and more. Within this vein, There’s No Such Thing As An Easy Job is the next great triumph.

There’s No Such Thing As An Easy Job

The Osaka-born author quit her first job less than one year in after suffering workplace harassment; a depressingly commonplace occurrence the world over. Now she writes poignant stories full of heart, humour, and frustration angled towards modern work culture.

There’s No Such Thing As An Easy Job is Tsumura’s first novel in English and it is a fantastic 400-page read. Across five long chapters — each one titled with the name of our nameless protagonist’s newest job — we follow the personal and professional journey of a tired mid-thirties modern woman as she searches for an easy, stress-free job. At least, that’s what she claims.

Before we meet her, our protagonist suffered burnout from her previous job and has now moved back home with her parents.

When we enter the story, she is working in a surveillance company and has been tasked with watching footage from hidden cameras which were installed in the house of a novelist.

In the novelist’s home is some sort of illegal contraband which must be extracted, and it’s our protagonist’s job to watch him for days on end, hoping that he might stumble upon and reveal the contraband.

This first job, The Surveillance Job, serves as a light and humorous way into our protagonist’s mind as we sit with her, chat with her colleagues, observe her habits, and get to know her routines, favourite foods, thoughts, feelings, opinions.

She has found herself an easy job and yet, we can so immediately tell, she is bored.

On paper, this first job, and the act of reading about it, seems like a watching-paint-dry kind of experience, but thanks to Tsumura’s witty writing and Polly Barton’s pacey, playful, charming translation, the story instead reads like an absolute joy.

Dry wit abounds in this first story, with our protagonist adding so much subtle personality to the job through her internal commentary. It’s a pleasure to live in her head and see the work through her eyes, and the story ends just before it risks outstaying its welcome.

That’s one of the beauties of this book, in fact: each story is exactly long enough. We spend 70 to 100 pages at each job, and this proves just enough to introduce a new setting, a set of rules, and a cast of characters.

Between each job, the tone gradually shifts as well. With the first job being the least taxing and most bland, there’s a frivolity and a cheekiness to the tone of the story, made uniquely British by Barton’s choice of language and the almost indescribable sense of English sarcasm she injects the character and story with.

The second job, however, in which our protagonist must write advertising slogans for local businesses, adds a little more weight to the novel.

Here, There’s No Such Thing As An Easy Job lives up to its name, as workplace conspiracies, colleague drama, and changes of scenery are all filtered into the book’s narrative.

These elements stick around from here on and only grow in complexity, with the third job proving to be the most fulfilling for our protagonist and the most interesting to read about.

By the end of the third story, I was earnestly considering looking for a similar job for myself, convinced I would love writing fun facts to be printed on confectionery packets.

This job even got me wondering about who the person was that must have written the jokes printed on Penguin bars (Brits over 25 will know what I’m talking about).

Of course, all the way through There’s No Such Thing As An Easy Job, we aren’t just moving from job to job but also sharing headspace with a slowly changing woman as she gets caught up with complications and personal drama; as she leaps or stumbles over hurdles; as she goes on searching for her ideal easy job.

And despite being nameless and light on personal details, our protagonist quickly begins to feel like a best friend. Someone we enjoy spending our time with. Someone whose quips and observations start to feel like comfort. Someone whose struggles and frustrations we are deeply invested in.

The big question, as we move relentlessly forward, is: what is she actually looking for? The burnout she experienced before we met her has scared her out of looking for a difficult job.

But that also means any kind of meaningful job goes with it. Or does it? She comes close, more than once, to a job that isn’t stressful, that she enjoys, and that offers some sense of personal satisfaction.

She begins to see real change in the world because of the work she does. But then things go wrong, because workplaces are complicated. We can’t control our colleagues or even the work itself, and things change.

She learns to roll with that, to stumble and fall and get back up. It’s inspiring, but also frustrating. Though it’s satisfying to experience that frustration with her and to almost feel like we’re helping her stay afloat as she goes.

A novel of 400 pages and five chunky chapters, a novel which follows a woman damaged by burnout and afraid of challenges, should not be half as engaging and funny as this one.

But in There’s No Such Thing As An Easy Job, Kikuko Tsumura and Polly Barton settle us comfortably into the life of this witty, sweet, tenacious, and deeply charming woman.

We spend the novel closely bound to her, sharing in her frustrations and dismay, enjoying her infectious sense of hope and the gambles she takes.

This book reflects that infuriating feeling of smacking one’s head against a brick wall; a feeling we all know too well.

It offers a quiet mirror up to late-stage capitalism and Japanese work culture, but it’s actually far more concerned with looking at how each job offers its workers a chance to make change, to affect the world and to have fun (even if we have to make our own).

There’s No Such Thing As An Easy Job is a sweet and charming book that celebrates work culture as much as it condemns it. And it shows us that, while work is often a thing we fight against, there are more ways to win that fight than we might think. 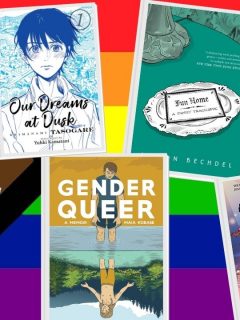 Next
9 Must-Read Japanese Mystery Novels (Honkaku)
Click here to cancel reply.
As an Amazon Associate, we earn from qualifying purchases at no extra cost to you. This post may contain affiliate links that earn us a commission.