Review: The Faculty of Dreams by Sara Stridsberg

“I’ll give you some advice if you’re sad, because the story ends here. Invite home a ragged girl panhandler who needs somewhere to sleep and something to eat … Stop in the subway and talk to the psychotic hookers … Ask where she comes from, what she needs, what you can help with, what she has in her notes…”

Known as Valerie: A Novel in the US, The Faculty of Dreams is an honest-via-the-absurd tale of the woman famous for shooting Andy Warhol tells us her life story, illuminating the sad road walked by a human being who was so much more – and so much less – than a would-be killer. 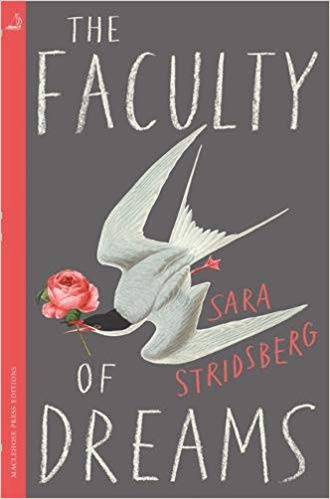 A Play in Many Acts

Valerie Solanas was a real American who lived on the fringes of society in many ways: she survived a childhood of sexual abuse, lived as a prostitute, wrote a play that never saw real fame, and then died on her knees in a San Francisco hotel room in April 1988, known the world over as the would-be murderer of Andy Warhol. That is her legacy. Sara Stridsberg sees much more than that, however, and so has taken the life of this radical feminist, this crazed and passionate intellectual, and worked it into a wild and untamed life story which works as a lesson in humanity. What we think we know about people is often a single dimension, and Valerie Solanas was – as are we all – a complex and brilliant person whose life deserves to be known and understood, as best it can be.

The book, cut up into bite-size pieces, moving frequently through different moments in her life, and written mostly in the form of a play script, tells us the life of Valerie from her youth, through her university years, her time in Warhol’s New York… and beyond. While her life is told chronologically, there are also moments that interject from the month leading to her death – when she lived in the Bristol Hotel in San Francisco, surrounded by pages of her final written works – as well as her court case after shooting and injuring Andy Warhol, and her psychiatric sessions with Dr Ruth Cooper following her admission to Elmhurst Psychiatric Hospital.

These shifts through time never feel disorientating, but rather serve to complement one another. As we read about the sexual abuse she suffered as a girl, we are then thrown forward in time to a meeting with Dr Ruth Cooper, to see the woman this girl will become.

“All married women are prostitutes. Only real whores are real women and revolutionaries. I don’t sell my heart, I don’t sell my brain, I sell a few minutes and a part of my body that isn’t mine.”

Valerie’s life was a tragedy that she attempted, with aggression and cleverness, to take control of and turn into something meaningful, artistic, and revolutionary. She was a radical feminist who suffered greatly as a girl at the hands of men, and so spent her adulthood as an aspiring writer, espousing the downfall of the corrupted and abusive patriarchy.

There is a growing trend in contemporary literature of a kind of experimentalism. It’s always been there, of course, but the big names – the award-winners, the highly-praised – are doing it in the spotlight now. Max Porter’s Lanny presents overheard conversations as lumps of text that weave over and across one another (read our review of Lanny here); Mike McCormack’s Solar Bones is written as one single sentence. The Faculty of Dreams will feel very familiar in its execution to fans of George Saunders’ Lincoln in the Bardo, a novel I truly cherished. The book is written as a blend of biographical facts and surreal conversations between the narrator and the protagonist, mostly presented as a play script with second-person narration addressing Valerie herself in the stage directions.

Stridsberg’s choice to present the book as a script has more than a single thematic purpose. In part, it works because Solanas herself was a budding playwright, having become acquaintances with Warhol through a desire to have him help her get a play of her own published. Beyond that, the idea that her life was nothing but a thin, cheaply-built piece of performance art radiates. Abused by her father, treated like a marionette by Warhol, loved and adored from a safe distance by her mother and her lovers, Solanas’ life has a distinctly theatrical feel, and so that is how we must see it. 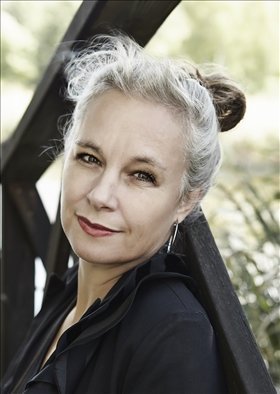 Solanas feels as though women serve as little more than window-dressing in the eyes of the sickening patriarchy. She is the quintessential radical feminist, prepared to give a man her body because flesh is meaningless, but refuses to sacrifice her mind and her art to anyone. I felt myself fall truly in love with her as the story progressed, something which I’m sure would have sickened and saddened her, if she would have even cared at all. As a reader, I don’t often find myself loving a character in this way. But I deeply loved Valerie Solanas.

If you enjoyed this review of The Faculty of Dreams then you might want to read the wonderful feminist biography, Happening by Annie Ernaux.

Next
A Guide to the Man Booker International Prize Longlist 2019
Click here to cancel reply.
As an Amazon Associate, we earn from qualifying purchases at no extra cost to you. This post may contain affiliate links that earn us a commission.