The most extraordinary thing about Lanny is just how ordinary it is, even as it presents us with the story of a folk creature made of moss and dirt coming to life and hunting down a young child.

“Dead Papa Toothwort wakes from his standing nap an acre wide and scrapes off dream dregs of bitumen glistening thick with liquid globs of litter.” 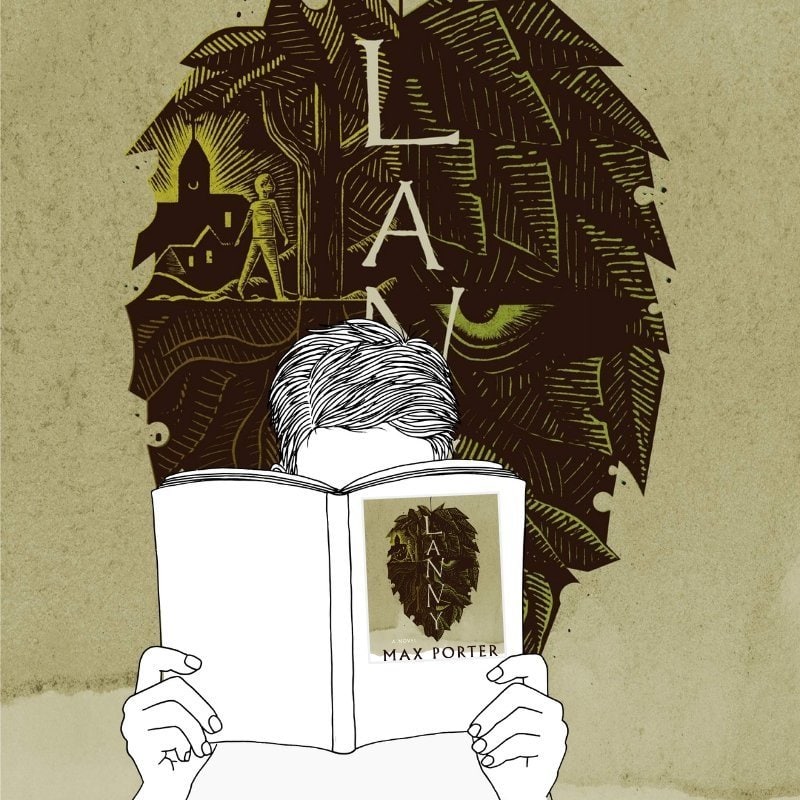 In his debut novel, Grief is the Thing with Feathers, Max Porter immediately and quite incredibly cemented himself as a writer who is able to tell a greater truth through metaphor than most of us can by using the tangible world around us.

His tale of a father grieving for the loss of his wife, all the while struggling to manage as a single parent, is thoroughly relatable and hits incredibly hard as that grief itself manifests into an antagonistic yet helpful crow that nestles itself into their family unit. What could have come off as dissonant, numb, and even childish in the wrong hands was instead lyrical, delicate, and emotionally affecting in a way that few books succeed at. I myself recall devouring that book in a single sitting and finding myself afterwards without the strength to stand up or even think straight. This is the power of Max Porter’s command over language and story.

And so now we are gifted with Lanny, a novel we might confidently call one of the great works of literature of 2019.

As with Grief is the Thing with Feathers, Lanny is a novel steeped in thick metaphor, and a novel which blends prose with poetry in a lyrical and staggered manner. It tells the story of a married couple who moved from London to a small village in order to raise their son, the titular Lanny. The mother, Jolie, and the father, Robert, are two of the predominant voices of the novel; they loudly – though of course still safely within their own minds – espouse their opinions on their neighbours, their child, and each other. Their marriage is not a comfortable one, and their son is a very odd boy indeed, by their own admissions and little else. There’s also Lanny’s new friend and after-school art teacher Mad Pete, named such, of course, not by himself but by his neighbours.

“Where did his gifts come from? Do I have the same gifts? What or who is supposed to manage and regulate Lanny and his gifts? Oh fuck, it’s us. Who can have children and not go completely mad?”

Lanny himself is never given a voice, and instead we are left to piece together his personality through the opinions and behaviours of those around him. This leaves us with a Frankenstein’s monster of a boy, one made up of perspectives rather than personality, and this genius move on the part of the writer is what instils such an uncomfortable and unfair feeling of voyeurism which plagues the entire narrative so effectively.

That voyeurism is felt most vividly through the perspective of Dead Papa Toothwort, the aforementioned moss monster who is also granted a kind of narrative. A cursory flick through the novel will reveal one of its odder aspects: the jumbled and mangled words flowing across the page, overlapping and curving around like flies in a jar.

These moments are the partly-overheard, lacking-in-context comments and conversations of strangers which the monster happens to overhear. Almost all of them are hilarious (“Mark smelt of rivers”) and they serve to reinforce the point of this novel that everyone is always in someone else’s business (“Dad’s livid, more gin than tonic”), that we all are too quick to judge, that we are all insecure, judgmental, afraid of retribution (“What next Polish adverts in the parish mag”). It’s a novel about insecurity, fragility, and how pathetic humans can be in their treatment of others.

“He’s been here as long as there has been as here. He was young once, when the island was freshly formed. Nobody was truly born here, apart from him.”

The overheard chats are also oddly poetic, many of them rhyming or creating a wonderful, almost iambic, rhythm: the rhythm of everyday life (“While you snooze he nicks your shoes”). There is a flow and a dance being done here and it really is quite beautiful; that beauty becoming absurd when it clashes with the actual topics of these eavesdropped exchanges (“It’s an astroturf-burn not cancer”). They also serve to highlight just how witty and wonderful so many language choices tend to be on our British Isles. The way Brits often converse is often wonderfully stupid and quite lyrical indeed.

The book serves as a condemnation of judgment, as a warning against aggression and bias driving our choices and our attitudes. It explores how it might perhaps be in our nature to behave irrationally but that this is at the detriment of our children’s and our families’ wellbeing. It implies that we exist far less as individuals than we do as things made up of other people’s perspectives of us.

The tone of the book shifts in Part 2 to a brilliant mirroring of people’s thoughts: as two adults enter into a tête-à-tête, we the readers are offered the conversation twice, once as it plays out in the mind and memory of the first person, then again from the perspective of the other. It’s a fantastically funny mechanic that is used to great effect, further emphasising the point that the world is defined by perspectives and feelings.

“The village is a cruciform grid with the twin hearts of church and pub in the middle.”

Everything Max Porter has sought to do with Lanny has been a success. He has demonstrated that a novel can be lyrical, poetic, rhythmic, and steeped in strange and unsettling metaphor. That all of this can lead to a book which, in a very straightforward way, sends a clear and uncensored message about perspective and the difficulty of surviving as a member of a family and of a community. Lanny is absolutely one of the great pieces of literature of 2019; infinitely re-readable, affecting, personable, and honest. 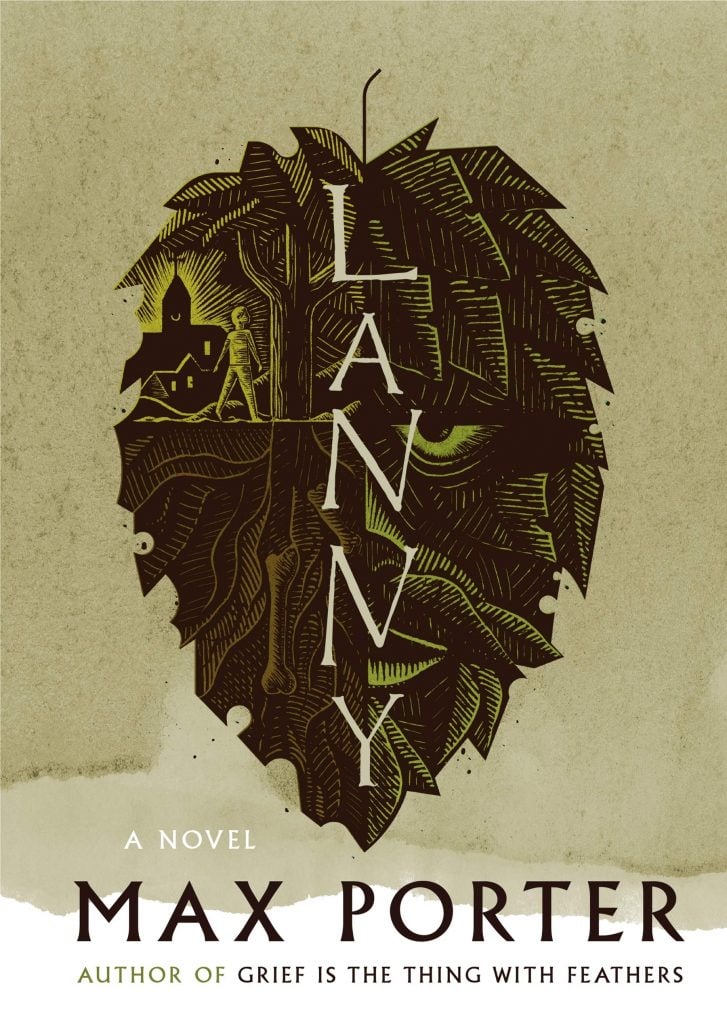