Early Murakami: Why You Should Read The Rat Trilogy

Cult icon. Literary superpower. Global phenomenon. These are just some of the words used to describe Japanese author Haruki Murakami, whose books have been translated into 50 languages and have infatuated millions of readers worldwide.

Yet Murakami might never have written a word without his ‘epiphany’ at a Yakult Swallows baseball game in April 1978.  When the batter struck the ball:

‘In that instant, for no reason, and based on no grounds whatsoever, it suddenly struck me: I think I can write a novel.’

Get ready to find out about where Murakami got started with writing, including his Kitchen-Table novels, which evolved into The Rat Series (also known as The Rat Trilogy).

Murakami immediately started working on what he now calls his ‘kitchen-table fiction’, Hear The Wind Sing (published in 1979) and Pinball, 1973 (published in 1980), written very late at night in his kitchen after night shifts at his jazz bar, where he worked full-time.

Despite looking back at these with a touch of ‘embarrassment’, he calls them an ‘irreplaceable’ part of his journey because writing them let him find ‘a creative rhythm distinctively my own’.

Murakami, the author, was now born. A Wild Sheep Chase (published in 1982) came next. This is what he calls ‘the true beginning of my career as a novelist’ and completes The Rat Trilogy.

The Rat series is comprised of Hear The Wind Sing (1979), Pinball, 1973 (1980), and A Wild Sheep Chase (1982). Three books that aren’t heavily dependent on each other, but feature the same nameless protagonist and his enigmatic friend, The Rat, (a nickname that is never explained).

The narrator and The Rat are 21 and 25 years old respectively when we meet them in Hear The Wind Sing. They met in college, where they were both involved in the 1960’s student protests.

Both characters are now searching for some meaning in their lives. Bored, frustrated, and aimless — they kill time in J’s bar (run by a Chinese bartender simply called J) in their hometown of Kobe.

Their first meeting epitomises their relationship. Unable to recall how they met earlier that night, Rat and narrator are wasted, flying along in the Rat’s Fiat at 4am. The Rat smashes them into a pillar but, remarkably, they are left unscathed. The Rat then turns to our narrator.

“Hey, how about we team up? We could have a blast.”

“What should we do now?”

Why Read Murakami’s The Rat Series?

Although not a natural answer to the question, Where to Start Reading Haruki Murakami?, the Rat series offers a priceless first taste of early Murakami.

These early Murakami novels provide a chance to appreciate some Murakami-esque themes that now define him: lonely young men looking for their place in the world; personal trauma; loss; disappearing women; boredom; magical realism; sudden decision making; opposition to society; wells; ominous encounters; quests. We take a look at some below.

The ennui and melancholy of Murakami’s characters

Both our narrator and the Rat suffer from ennui and existential frustration. In Hear The Wind Sing, after they spend the summer of 1970 ‘drinking enough beer to fill a twenty-five-meter pool’ in J’s bar, our narrator decides to leave their small town for Tokyo.

3 years later (1973), in Pinball, we see his new urban life after co-founding a translation business. The Rat, on the other hand, has stayed put; determined to resist capitalist conformity, and continually hating on the rich who ‘make me want to puke’.

The two are now out of contact but we see their lives in parallel. The narrator is hit with nostalgia and, in a desperate attempt to escape the mundane, searches for the exact ‘Three-Flipper Spaceship’ pinball machine he and the Rat used to play in J’s bar (only three still exist). This quest takes him to a freezing abandoned warehouse that used to store chicken carcasses. Standing over the machine, he cherishes the light of the machine:

‘In the brief interval before death grabbed me and tossed me back into the crucible of nothingness’.

Meanwhile, read about the Rat’s increasing depression and aimlessness:

‘Midway through the week, during a bout of solitary whiskey drinking, the Rat decided to shut down his thought processes for a while. One by one, he packed each rift in his consciousness with ice thick enough to hold the weight of a polar bear. Convinced that would get home through the rest of the week, he rolled over and went to sleep. When he woke up, though, everything was the same. Except that now his head hurt a little’.

Restless and unable to find mental peace, the Rat decides to leave town at the end of Pinball.

Murakami’s narrators are often existentially-challenged salaryman. We first see this in Pinball: when our protagonist questions his identity and life’s meaning as he catches his reflection in a Tokyo commuter train:

‘The face I saw wasn’t my face at all. It was the face of the twenty-four-year-old guy you sometimes sit across from on the train. My face and my soul were lifeless shells, of no significance to anyone…

If I stuck gardenias in my ears and flippers on my hands some people might stop and turn around. But that would be it. Three steps more and they would already have forgotten me…. I felt empty. Maybe I had nothing left to give”.

This is a poignant theme that crops up in his subsequent works and perhaps underlines the challenges that come with working in Japan’s fluctuating economy.

Like in Pinball, Murakami portrays a dynamic quest in A Wild Sheep Chase. Now 5 years later (1978), the Rat reaches out to our protagonist by sending him a picture of a flock of sheep.

After our narrator uses it in advertising campaign which annoys a powerful right-wing figure called ‘The Boss’, he embarks on an elaborate quest to find the photo’s location and a particular sheep with a star on its back.

This quest appears to be the Rat’s way of igniting a reunion between the two, as a series of clues leads him to the Rat’s remote cabin in Hokkaido for an emotionally impactful and heart-wrenching climax to both the novel and the Rat Trilogy as a whole.

The beginnings of a master at work

Reading The Rat Series enables any reader to see a young Murakami mastering his craft, honing themes he would make his own. Despite being a very ‘raw’ writer at the time, Hear The Wind Sing won ‘Gunzo’ Magazine’s Newcomer’s Award for 1979, and A Wild-Sheep Chase picked up the prestigious Noma Literary Newcomer’s Prize in 1982.

We hope you enjoyed this introduction to the Rat Trilogy – if you’re interested in discovering more Japanese Literature then just click the link.

Other articles by Ollie:

The Most Beautiful Libraries Around the World 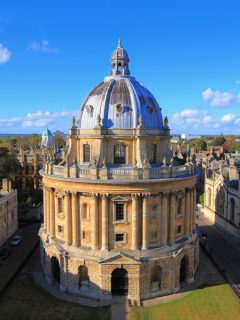 Previous
10 Unique Things to Do in Oxford 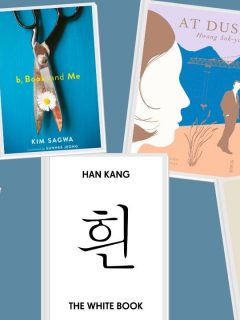 Next
11 Must-Read Korean Novels in English
Click here to cancel reply.
As an Amazon Associate, we earn from qualifying purchases at no extra cost to you. This post may contain affiliate links that earn us a commission.