Janet Hong is a writer and translator based in Vancouver, Canada. She received the 2018 TA First Translation Prize for her translation of Han Yujoo’s The Impossible Fairy Tale, which was also a finalist for both the 2018 PEN Translation Prize and the 2018 National Translation Award. She has translated Ha Seong-nan’s Flowers of Mold, Ancco’s Bad Friends, and Keum Suk Gendry-Kim’s Grass.

I never actually set out to become a translator. It never even occurred to me that one could do it as a profession. But I loved books and I’ve always wanted to become a writer. When I was in my third year of university, I decided to take a Korean language course for an easy elective, but also because I wanted to get a taste of Korean literature, which I knew nothing about, despite my heritage. The course was taught by a brilliant professor who had decided to teach Korean by getting his students to read a sampling of modern Korean short stories. As the end-of-term project, we each had to translate a never-before translated Korean story into English. The story the professor gave me to translate was insufferably tedious and difficult—I don’t recall the title or what it was about.

At the time, my mother was reading a new collection of short stories by a Korean writer who had debuted a few years earlier. She praised one story in particular and recommended that I try translating it instead. This was Ha Seong-nan’s “The Woman Next Door” from Flowers of Mold. (I should note that Flowers of Mold was originally published in Korean as The Woman Next Door, but the editors at Open Letter and I wanted to set it apart from several other books with the same title, and decided that the award-winning “Flowers of Mold” would serve well as the title of the entire collection.) When I handed in my translation of “The Woman Next Door,” my professor urged me to submit it to the 2001 Korea Times translation contest, and to my shock, I ended up receiving the grand prize, which equalled about $5000 USD, an absolute windfall to me at the time. After that, I was roped into graduate seminars and translation workshops, and actively encouraged to pursue translation. I don’t want to spout such a cliché, but if I hadn’t had the good fortune of meeting such nurturing teachers who saw something in me and were kind enough to nudge me in the right direction, there’s no way I’d be doing this today.

How do you choose the work that you translate?

Sometimes, LTI Korea will send me a story and ask me to translate it, and if I end up falling in love with it, I’ll inquire about the author’s other work. If a certain blurb catches my eye on social media and it’s not attached to a translator, I may look into it as well. Korean publishers, English-language publishers, and literary agents have contacted me to see if I might be interested in translating their upcoming books, and I’ve also gotten recommendations from the authors I already translate. In the case of feminist author Kim Yi-seol, it was completely serendipitous. I randomly took a book off a shelf at my mother’s house and brought it home with me. When I started reading the opening story about a young homeless girl who comes of age while living at a train station, I felt as if I were being kicked in the stomach, and the need to translate the book took a hold of me.

I did some research on Kim, ordered all her books, reached out to her various publishers, and in the end managed to get in touch with her. In other words, I totally stalked her. Though she debuted in 2006, published two short story collections and three novels (one of which has been translated into French and German), and has either won or been shortlisted for several major literary awards in Korea, none of her works had been translated into English. I’m sure you can tell by now, but I like to sense a deep kinship with the work I translate, because devotion for the work shows in the translation. Passion is really hard to fake.

By the way, when I recently mentioned Kim Yi-seol’s book to my mother, she had no idea what I was talking about. She claimed she had never even laid eyes on the book, let alone read it. We concluded it could only belong to my uncle, who’d lived briefly with my mother years ago. Strange, since it’s not the kind of books he reads. I still marvel at how I came across Kim Yi-seol’s work. I guess it was just meant to be.

It’s challenging to try to match the English word count to the original language word count, since the space in a graphic novel is so limited. But it’s good practice, because I’m finding more economical ways of saying things. Capturing the voice of the characters can be difficult as well, since dialogue in a graphic novel is especially important, but again, I find that this only hones my skills as a writer and translator. I struggled a bit with the dialogue of Bad Friends, since the characters’ speech and choice of vocabulary are pretty far removed from my own, and I needed it to sound terse, raw, edgy, and fresh, without being trite or unnatural, or like I was trying too hard. I spent many nights in front of my computer, looking up the latest swear words and trying them out, hissing certain lines under my breath…

Though it’s getting easier, I’m still finding it difficult to translate sound effects. Many Korean words are based on onomatopoeia. For example, there are nouns, verbs, adjectives, and adverbs that describe every possible sound, as well as textures and sensations, so I’ll often get stuck on a single word that describes, say, the sudden manner in which a character jumps to his feet or bursts into a room. It can be maddening.

What about your job do you find most satisfying and most frustrating?

Nothing beats the feeling of finishing the initial edits on a first draft, when it’s no longer an incoherent mess, but an actual story where you can start to see the beauty that had stunned you in the original, which had made you want to translate it in the first place.

I also consider it a great honour to “unveil” a glorious piece of writing to the Anglophone world in its new form. I guess I’m like that with other things, too, whether it’s food, music, or movies; if I love something, I’ll tell everyone about it.

But what I find myself treasuring more and more about my job is the relationship I have with my authors. As a translator, I have a very intense relationship with the author’s work, so when I get to know the author as a person, it’s pure bonus; it satisfies the inner fan in me, while deepening my understanding of the work itself. Since I live in Canada and they in Korea, we keep in touch via email, instant messenger, and Skype, send each other books and gifts, and when I visit Korea, we go out for dinner and drinks. I know this doesn’t come as an automatic perk of being a translator, so I feel incredibly lucky.

The most frustrating aspect about my job is the endless hustle. I’ve said before that as a literary translator in today’s world, it’s not enough to just translate. You have to take on a proactive role, actively connecting with those in publishing to hustle the work yourself, which does overlap a little with what I love about the job. I guess if the hustle is successful, it’s immensely gratifying, but if all that work leads to nothing, it can be quite demoralizing. For example, I’m usually the one submitting to magazines, and for my authors who don’t have agents, I’m also the one pitching to editors/publishers. This requires an entirely different skill set from translating, and the constant wearing of different hats can get exhausting. Plus, my working hours are already limited, since I have two young children, which means that sometimes I’ll work on a cover letter to an editor and have to call it a day. That’s why it’s difficult to translate and promote something unless you’re absolutely passionate about it.

I’m translating Kim Yi-seol’s dark, transgressive work right now, and I’m happy to tell you that “Thirteen”—the story about the homeless girl who lives at a train station—will be appearing in Guernica in a few months.

I’m also translating the work of feminist author Kang Young-sook, whom I met on my most recent trip to Korea through Ha Seong-nan. Kang writes about the female grotesque, delving into urban noir, fantasy, and climate fiction, and she’s also one of Ha’s closest friends. I can’t wait to share Kang’s eerie award-winning story that takes foot-and-mouth disease as its subject, which will be published in the next issue of The White Review.

I’m currently re-reading Mariana Enriquez’s Things We Lost in the Fire, translated by the brilliant Megan McDowell. With each new read, I grow more in awe of both the author and translator. The book is absolutely terrifying, but it’s become one of my favourite short story collections of all time. I’m also reading Sharlene Teo’s Ponti. I especially love the voice of sixteen-year-old Szu.

Read our review of Ponti.

What is your favourite style or genre of fiction?

Literary fiction. Short stories, especially linked short stories. Coming-of-age stories with precocious narrators. Work that’s dark, imaginative, and intense, but not outright horror, work that makes me cry, and will continue to stay in my mind long after I’ve closed the book. 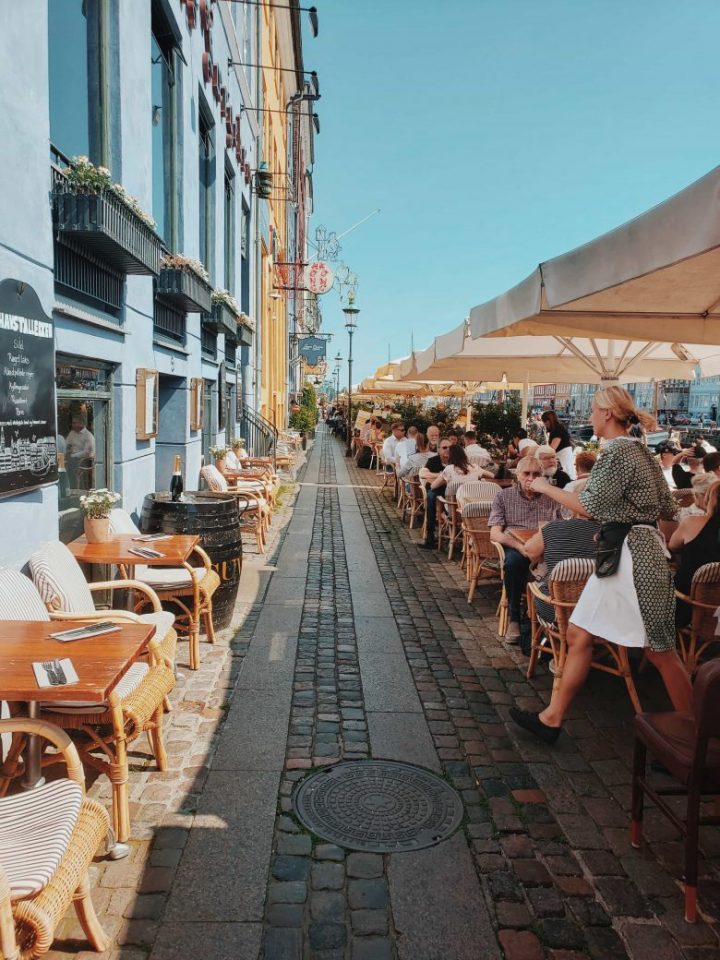 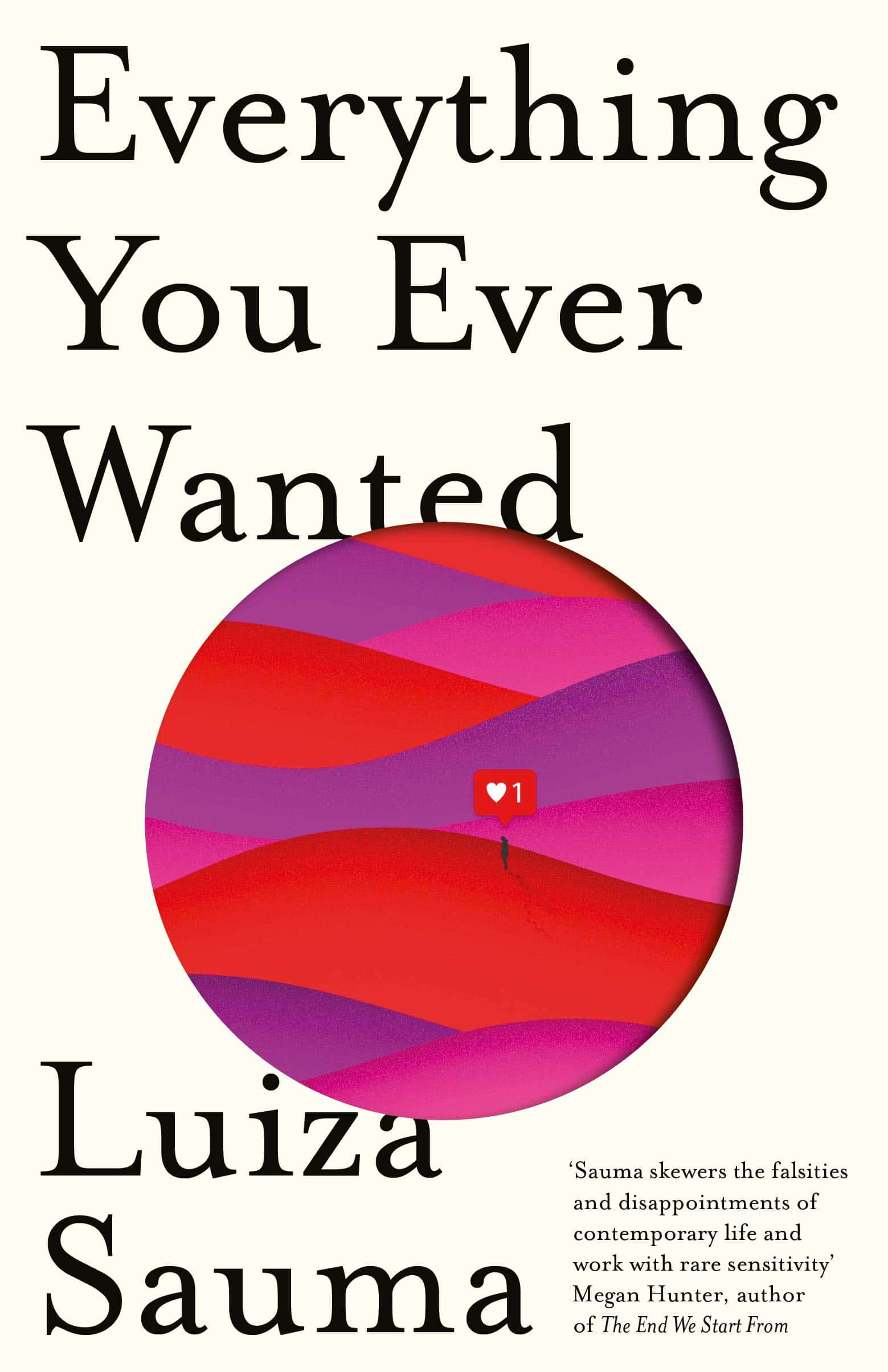 Next
Review: Everything You Ever Wanted by Luiza Sauma
Click here to cancel reply.
As an Amazon Associate, we earn from qualifying purchases at no extra cost to you. This post may contain affiliate links that earn us a commission.