There are few books that have had as much of a broad inspiration on the modern artistic and cultural zeitgeist as Alice’s Adventures in Wonderland.

Lewis Carroll’s children’s book, its sequel, and his poem The Jabberwocky have inspired artists, filmmakers, and writers in a way that is immeasurable.

One particular brand of artist that has been struck hard by this book (and its film adaptations) is the tattoo artist, leading to a slew of imaginative and brilliant Alice in Wonderland tattoos from around the world.

Lewis Carroll is still celebrated today for his boundless imagination, one which was defined by the pushing of boundaries and taking anything surreal and spinning it into something wondrous and exciting.

The same can be said for many Alice in Wonderland tattoos. Even we at Books and Bao have our own matching Jabberwocky tattoos across our wrists.

Here are twelve Alice in Wonderland tattoos that might inspire you to get your own Wonderland-inspired tattoo. This list features Mad Hatter tattoos, Cheshire Cat tattoos, full sleeves, a Jabberwocky, and more.

We trawled through a lot of desperately awful Johnny-Depp-as-the-Mad-Hatter portrait tattoos to find these twelve genuine gems. Enjoy!

Let’s start off on the highest note with this fantastic full Alice in Wonderland sleeve tattoo, inspired by the first Disney animated movie, designed and completed by German tattoo artist Jack Rebel.

Here, he has brought his A-game by combining the most iconic visual elements of the Disney classic to forge a flowing and gorgeous sleeve that pops with colour and looks identical in style and theme to the original designs.

This is, hands down, the best Alice in Wonderland sleeve tattoo that I’ve seen. I adore how dynamic it is, the way it twists around the arm and gives any onlooker multiple angles from which to enjoy the art and how it blends together.

The Cheshire Cat sits proudly on top, and a White Rabbit tattoo almost leaps off the bottom, with the flowers, signposts, and pencil filling in the rest. This is a sleeve tattoo that tells a story and I am living for it.

Mad Hatter tattoos are a dime a dozen. Some are great (see more below) and too many are terrible. This gender-swapped Mad Hatter tattoo from Mexico City-based tattoo artist Lilian Raya is the best of the bunch!

Lilian has a very distinct style which she has capitalised on to make a bold name for herself. Her tattoos are all bold, kawaii, and colourful portraits of women’s faces, often in a fantastical costume inspired by literature, anime, and cartoons.

This particular Alice in Wonderland tattoo takes the book’s most iconic character and rewrites their story to make it more exciting. The Mad Hatter is now a stunning woman with a charming, cheeky glint in her eye.

A dizzying number of great tattoo artists come out of Poland. The country is pretty much the tattoo hub of the world. Przemo, an artist based in Przemysl, has shown us a great example of Polish tattoo art with this fantastic Alice in Wonderland tattoo.

Doing an original tattoo of Alice can be a challenge, but Przemo manages it here by adding a thick, deep background that really helps to make Alice’s character design — and that of the Cheshire Cat below her — pop.

The various shades of blue stand out perfectly against her yellow hair and pale face, and her sweet grin shows that she is a young girl unfazed by the strangeness that Wonderland has to offer.

This particular Alice in Wonderland tattoo doesn’t recapture the exact art style of the original animated film. Instead, it is evidently inspired by it but works within the artist’s own range and style to create something inspired but also subtly unique, and it works all the better for it.

If you’re looking for a tattoo that does perfectly emulate not only the style but the soul of Disney animation, this is the one. LA-based tattoo artist Sandra Carlos has here brought us a perfect tattoo recreation of the Cheshire Cat.

She has brought his mood and his style along with his colour and design. It is remarkable.

I have a soft spot for tattoo artists who are able to capture a specific anime or cartoon style, and Sandra is one of the best. Have a quick scrawl through her Instagram to see just how dynamic her style of tattoo art is; she’s something of a tour-de-force.

And who better than a Disney and colour specialist to design a big, bold, and proud Cheshire Cat tattoo?

Speaking of immaculate California-based tattoo artists with an intense amount of talent and a knack for anime, cartoon, and video game-inspired tattoos, here is one from Brandon Flores.

Flores is based in the US’ oldest tattoo shop: Outer Limits Tattoo in Long Beach CA, and he is a superstar artist of bottomless talent.

This impeccable Mad Hatter tattoo is just one example of Flores’ talent when it comes to recreating beloved characters in tattoo form, and this is also one of the best examples to taking an original property and turning it into a popping piece of tattoo art.

This Mad Hatter design is so true to the original Disney design but it also works so elegantly and sleekly as a tattoo. Proof that, if you’re going to go for a Mad Hatter tattoo, stick to the animated version rather than a portrait of Johnny Depp’s face (please).

Jabberwocky Tattoo by Johnny B. Hazard

Mixing it up both in terms of colour and theme is this charming black-and-grey Jabberwocky tattoo from Johnny B. Hazard, based in Noblesville, Indiana.

The Jabberwocky isn’t as popular as the Mad Hatter or Cheshire Cat when it comes to Lewis Carroll tattoo designs. Perhaps that’s due to its lack of cuteness. But what makes Hazard’s tattoo stand out is that added softness which he has brought to the character.

In the poem, the Jabberwock is slain by a “beamish boy” but, here in Hazard’s tattoo, it is slain by Alice herself as she wields the poem’s “vorpal sword”.

I love this twist and it adds a layer of inventiveness to the story, characters, and design. The black-and-grey style mixed with the softer edges and the fact that the Jabberwocky is wearing a waistcoat just finishes me off.

There are quite a few “Drink Me” potion tattoos floating around, much like there are many Harry Potter potion tattoos out there, and most of them are great! But what drew me to this one, by London-based artist Issy Ana Porcel, is how small and sweet it is.

Most of the Alice in Wonderland tattoos on this list are big and bold affairs, but this old school design is a small tattoo, perfect for a wrist or ankle placement.

A “Drink Me” tattoo — or, indeed, any tattoo of a thing rather than a character — is a great alternative to having a Disney style character on your skin forever.

If you’re looking to show your love for Carroll’s book or the Disney adaptation, but you don’t want to dedicate your body to a character, go for something smaller and quieter.

Porcel’s tattoo is delightfully neotrad in its design and clearly shows a love for the source material without being too loud and overwhelming.

This is another great example of what to do if you don’t want to dedicate your skin to a specific character.

This tattoo by Rome-based artist Enrico Galli takes the instantly recognisable and iconic items — Mad Hatter’s hat and White Rabbit’s pocket watch — and turns them into a charming tattoo design.

Any fan of the books and films will recognise them, but they aren’t overpowering as a design.

There’s something about ignoring the characters and going for iconography instead that adds a lot of subtlety and charm to a tattoo. It’s creative but in a quiet way, and I love it.

Galli has done such a good job in capturing the tone of these items and the characters who made them iconic. It’s a true neotrad design of bold colour and detail.

There are an awful lot of Cheshire Cat tattoos out there which are based on the character’s design in the Tim Burton film franchise. Unfortunately, many of them are less than stellar.

Becca Gillen’s is excellent, however. She has smartly chosen to find a balance between the floating grin and the full cat by taking his iconic facial design and animating it a little with bold neotrad colours that bring a sweeter and cartoonish edge to the design.

Gillen clearly shows here with her Alice in Wonderland tattoo that she is a savvy artist who knows how to take a design and make it work. The details in the magic dust and the twinkle of Cheshire Cat’s eyes really help this vibrant piece to pop in a charming and captivating manner.

If you’re going to go for a Cheshire Cat tattoo inspired by the Burton films, this is the direction to go in.

Doona is one of those artists with a renowned style all her own. Every tattoo is so uniquely hers, and that’s evidenced by the round faces, soft colours, and big eyes of her designs.

Doona excels at creating anthropomorphised animal designs in a neotrad tattoo style and, here, she has turned her unique talents to Alice herself and the characters she meets in the books.

This Alice in Wonderland tattoo is entirely unique, with the design of Alice herself feel born from Doona’s own imagination, rather than copying from any of the film adaptations of the character.

The dark hair and doll-like gaze of Alice; the sweet cartoonish innocence of the White Rabbit and Cheshire Cat – it all screams originality.

We need more designs like this. Ones which take inspiration directly from the books and invent something wholly unique for the new owner of the tattoo. This is really fantastic.

Love this? Pin it for later! 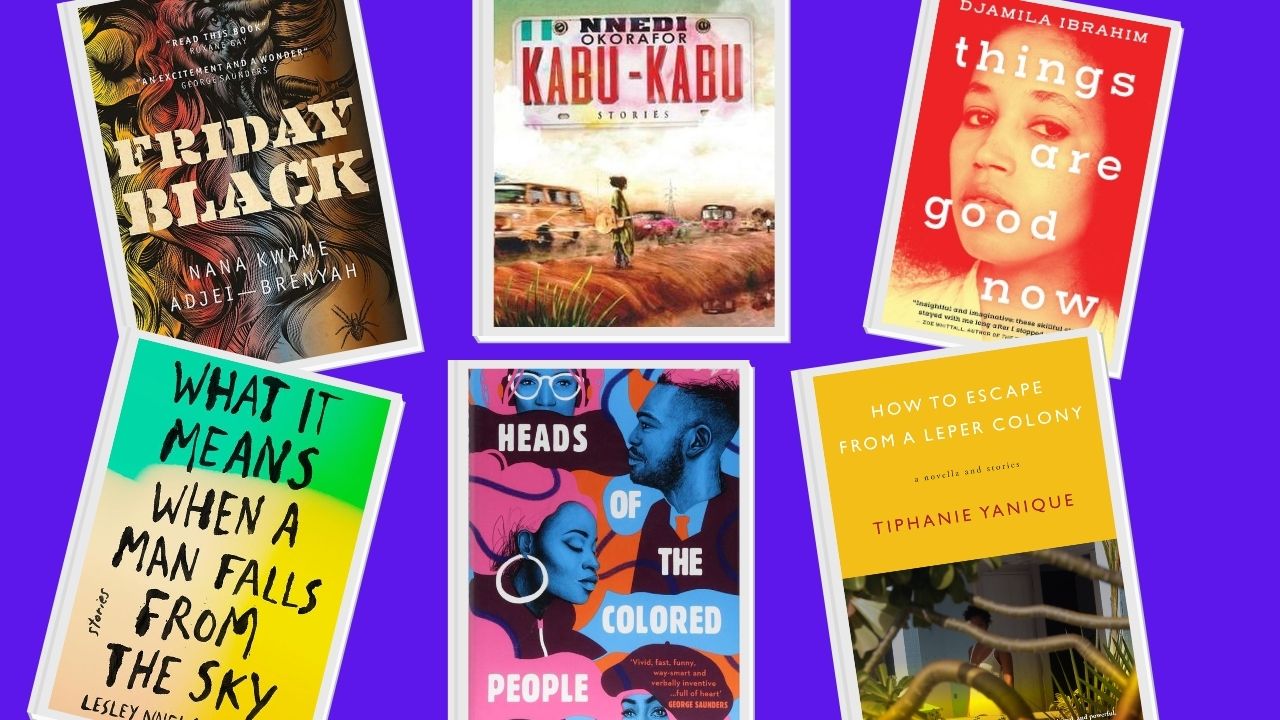 Next
10 Incredible Tattoo Artists In South Korea (2021)
Click here to cancel reply.
As an Amazon Associate, we earn from qualifying purchases at no extra cost to you. This post may contain affiliate links that earn us a commission.