We move away from home for any number of reasons. Some of us want to learn about a different culture or try a new cuisine or language. Many of us have to work. But for all of the new, there’s always at least some old, some home comforts, that we often crave. These are different for everyone, but here I’ve compiled a list of home comforts that can be found in Shanghai for any expat considering a move to the Chinese capital of industry.

Check out our complete guide to living and walking in China. 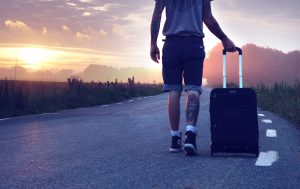 Shanghai is the city most popular amongst expats, and the Chinese government typically makes it very easy for foreigners to open a business there from scratch.

During my time in Shanghai, there were two non-food places owned by foreigners that I loved :

Doc Guthries:  a barber shop in Jing’an, with classic men’s styles and shaves offered, whiskey to drink while you’re being seen to, and some great Victorian aesthetics and décor.

A tiny hole in the wall near People’s Square: owned by an Italian guy who served traditional Italian juices and smoothies.

These foreigners just up and landed in Shanghai, opened the kind of business that would have failed in Europe, and lived the life of Riley. And I loved them for it.

Where to Find Western Food in Shanghai

Some similar stories that also managed to quench an expat’s hunger for home cooking are:

Owned by a very chill American dude, and located just east of Jing’an Temple, Co. Cheese is a tiny bar that sells nothing but grilled cheese sandwiches. With a menu that keeps on growing, Co. Cheese offers sandwiches filled with a great range of meats, vegetables, and sauces, but all with a healthy amount of cheese.

Chinese people typically hate cheese, so it can be very hard to come by. In this instance, Co. Cheese has you covered. The guys in there are lovely; you get some very eccentric customers; and no. 10 on the menu, what I called the Christmas Sandwich is to die for. 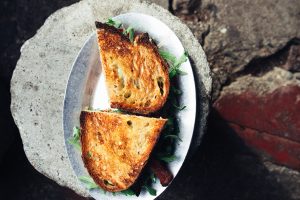 Opened by a couple from the US and typically run by local Chinese employees, Munchies is a proper greasy, tasty, wonderful burger place. It serves burgers of every kind, including veggie options, as well as burritos, hot dogs, fries, and the single best milkshake I’ve had to this day: the peanut butter chocolate shake. Munchies is cheap, convenient, and very easy to become reliant on if you begin to miss home food more and more. There are currently two locations: one in Jing’an, and the other in People’s Square. 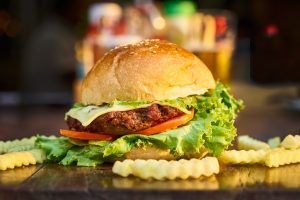 As a Brit with zero national pride, I happily concede that British food is rubbish. This is why our national dish is Indian curry. However, after six months in Shanghai I can’t deny my glee at finding Mr. Harry, a British gastropub located above American Eagle Outfitters (lol) on West Nanjing Road. This place does traditional Sunday roasts, and offers a good range of beers and ales in pint form. And it’s good, too. Like, when you would argue with your mates at school about whose mum made the best Yorkshire puddings or toad-in-the-hole. Well, we were all wrong. Mr. Harry does it best. 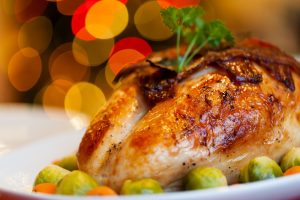 Since Mao’s Cultural Revolution, China’s relationship with literature (especially foreign) has been both fascinating and heart-breaking. Only fifty years ago were people exclusively carrying around copies of Mao’s Little Red Book and owned not a single other book save for occupational requirements, such as medical texts. Today China’s doors are open to literature, with a few exceptions. One interesting exception is that the sale of science fiction novels depicting, or themed around, time travel, are strictly forbidden. Perhaps this is to steer people’s thoughts away from the idea that the past can be altered. 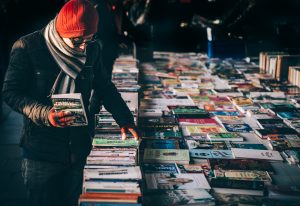 Foreign Languages Bookstore: This multi-floored shop can be found on Fuzhou Lu (Road), which starts across the road from Exit 3 of People’s Square Station. The bookstore is a five-minute walk down this road, and contains a very disorganised hodgepodge of books in English, from old fantasy novels, to classical literature, to business guides, and even a few comic books.

Read our full review of the Foreign Languages Bookstore.

The store does a fairly decent job of stocking the latest bestsellers, so long as they are government-approved. Just make sure you go in there with an hour to spare, since alphabetising is certainly not a concept they are familiar with; and though the books are separated into genres, they have taken a few liberties with how these genres are defined.

Think of it as a treasure hunt, though, and you’ll come away with some gems you weren’t expecting to find. They also do a good job of mixing the UK and US covers. I can’t deny taking covers quite personally (I always insist on getting the UK covers of Murakami novels if possible, but beamed when I saw how many US-published Bantam Classics the store had available). So when you get to the door, take a deep breath and dive in.

Related: Books to Read Before you Head to China.

It’s well-known that China’s laws when it comes to making political statements and trying to use YouTube are strict and impenetrable. But when it comes to literally anything else, China makes life very easy. Want to start your own business with only a penny to your name? You’ll find a way to do it in China. Want to buy genuine Blu-ray copy movies in believable fake packaging for the equivalent of $2? You’ll find those in every district of Shanghai.

This chain of DVD and Blu-ray stores is everywhere in Shanghai. I had my own local one in Jing’an, but I’d also often take a taxi somewhere out in the wilderness of Pudong and spy another one. Big Movie stocks the latest films that have only just been released in cinemas, already presented in quality packaging. They also, depending on which one you pop into, occasionally sell CDs and even vinyl. To this day I’m not sure if they were genuine or fake. And, if you can’t tell, it hardly matters. Here are a few Big Movie locations:

As an avid gamer my whole life, I love video games as much as I love travel. In fact, when I moved to Shanghai, and then to Tokyo, I took my PS4 with me. Buying games in Shanghai proved to be a challenge; they were in fact banned from being sold within mainland China until 2014. Fortunately, Shanghai’s world of industry transforms in the blink of an eye, and when a gap appears in the market a million stores open to fill it.

In there you will find games for every console, accessories, limited edition copies, and Amiibo; plus, the games are available in English, Mandarin, and Japanese. The owners are an ageing Chinese couple, clearly not game-lovers themselves, but nonetheless very friendly and approachable, and they never pull the marketplace trick of trying to rip customers off and force you to barter when you simply want to pay a reasonable price for a thing and leave.

By this I mean two things: western brands, and large clothes for large people.

For the former, you’ll want to visit West Nanjing Road (or Nanjing Xi Lu). Here you’ll find western brands galore. West Nanjing Road is a long and busy neon-lit stretch of road between People’s Square to the east and Jing’an Temple to the west. Along here you’ll find classic stores, three+ storey high, such as: H&M, American Eagle Outfitters, UNIQLO, Zara, Forever 21, Sephora, and (for the Brits) M&S. While I have found these stores to all be more expensive in Seoul, Shanghai’s stores’ prices remain exactly in line with what you’d expect going in. 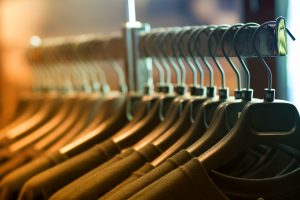 The Underground Market at Shanghai Science and Technology Museum

This space was originally going to discuss the Fake Market also found on Nanjing Xi Lu, but unfortunately it has been closed down (RIP). But the next best thing (and better in some respects) is the underground market found beneath Shanghai Science and Technology Museum (subway line 2).

The highlight of this market for me were the tailors. Several stalls and shops down there have incredible tailors who will custom design and make you a suit of genuinely excellent quality for a quarter of the price you’d pay in Europe or the US. Scepticism is to be expected, but trust me. Many tourists make sure they drop by here to grab a new suit before flying home. Other fantastic things on offer here are: larger shoes for men and women (my partner is a tall woman with EU size 43 feet, and China is not kind to feet of this caliber), as well as some excellent quality jewellery that make for great gifts, and a great range of suitcases and luggage (again, at far cheaper prices than you’d find back West). Much like the bookstore on Fuzhou Lu, here you must take an afternoon, and just wander.

Haggling works, and you can even pull a dramatic walk-away-angry-and-watch-them-chase-you.

This is, by no means, a definitive list of the home comforts which expats can find in Shanghai, but if you’re someone like me, someone who wants to uproot, see the world, embed themselves in a different culture than that you grew up in, but you also want to bring your PlayStation with you, and be able to easily grab an HD copy of the latest Marvel film, then this list should help you get started.

Living in Shanghai and need a break from the city. Visit:

Or check out our guide of things to do around Shanghai. 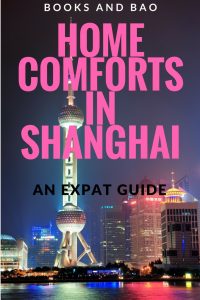 Wow,no wonder a ton of Expats love shanghai! So many comforts. I have never been but I would love to visit one day. Looks like an amazing place to visit...and live!

Thank you so much for your comment! I really appreciate it. It is a really great city. Definitely some culture shocks in a lot of ways but overall it is good fun!