“Notice that the stiffest tree is most easily cracked, while the bamboo or willow survives by bending with the wind.” – Bruce Lee

My birthday wish this year was simple: to escape the suffocating crowds of Shanghai and bask in the fresh air, blue skies and wide-open spaces of the Chinese countryside.

Fortunately for me, my birthday wish came true. 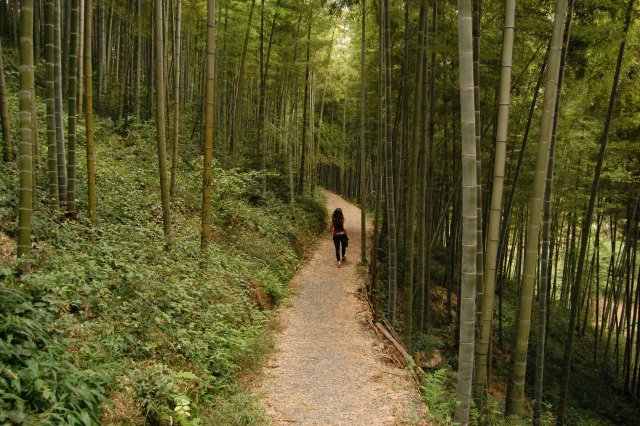 Like so many expats before me, I chose Moganshan – or Mount Mogan — for a long-weekend getaway.

The mountain, located 200 kilometers outside of sweltering Shanghai, was a popular summer retreat for Western expatriates and the Chinese elite alike during the early twentieth century.

They constructed huge European-style villas, swimming pools and tennis courts that were ultimately abandoned after the rise of the Communist Party in 1949, when most foreigners were expelled from China. The magnificent villas were claimed by the People’s Revolutionary Army and were left to decay in the bamboo woods.

How to Get There

A high-speed train will take you from Shanghai Hongqiao Station to Deqing (station nearest to Moganshan) in an hour and 20 minutes. A ticket is roughly  90RMB per person each way.

Alternatively, you can drive the route in 2.5 hours. You can also use the direct bus service that departs from the Old North Bus Station in Shanghai, it is a four journey but much cheaper than the train.

In recent years some of those derelict homes have been purchased and renovated into guesthouses and hotels as Moganshan – after an almost five-decade gap – once again began attracting city-weary tourists.

Of course, it comes at a price. Those interested in reliving the glory days of the old Shanghai elite can rent hotel rooms or entire villas at the top of the mountain — the main attraction of Deqing County, where Moganshan is located.

However, because I didn’t want to pay $300 a night or more (high-season rate) I opted for accommodations just down the winding mountain road at the Bamboo View Guesthouse. I stayed for three nights and there wasn’t one thing to complain about.

My mountain-view room — which included a queen-sized bed, a spacious shower, a couch, a balcony and a free breakfast each morning – was about $90 a night. The lovely owner provides a buffet of western and Chinese breakfast foods (the basic toast and eggs or boiled dumplings and congee if you want to go native) and can add a cappuccino or latte to the meal for an extra 25 RMB.

What to do In Moganshan?

People go to Moganshan to basically do one thing: Hike. Hike up the mountain; hike down the mountain; hike through the lush bamboo forest. Go for a swim, if you’re lucky (unfortunately, it seems that many of the local rivers and springs have banned people from swimming.)

It doesn’t sound like much, but when you live in a city of 24 million people like me, any escape from the ubiquitous crowds and noise to an environment of pure silence isn’t just a relief. It’s a gift. 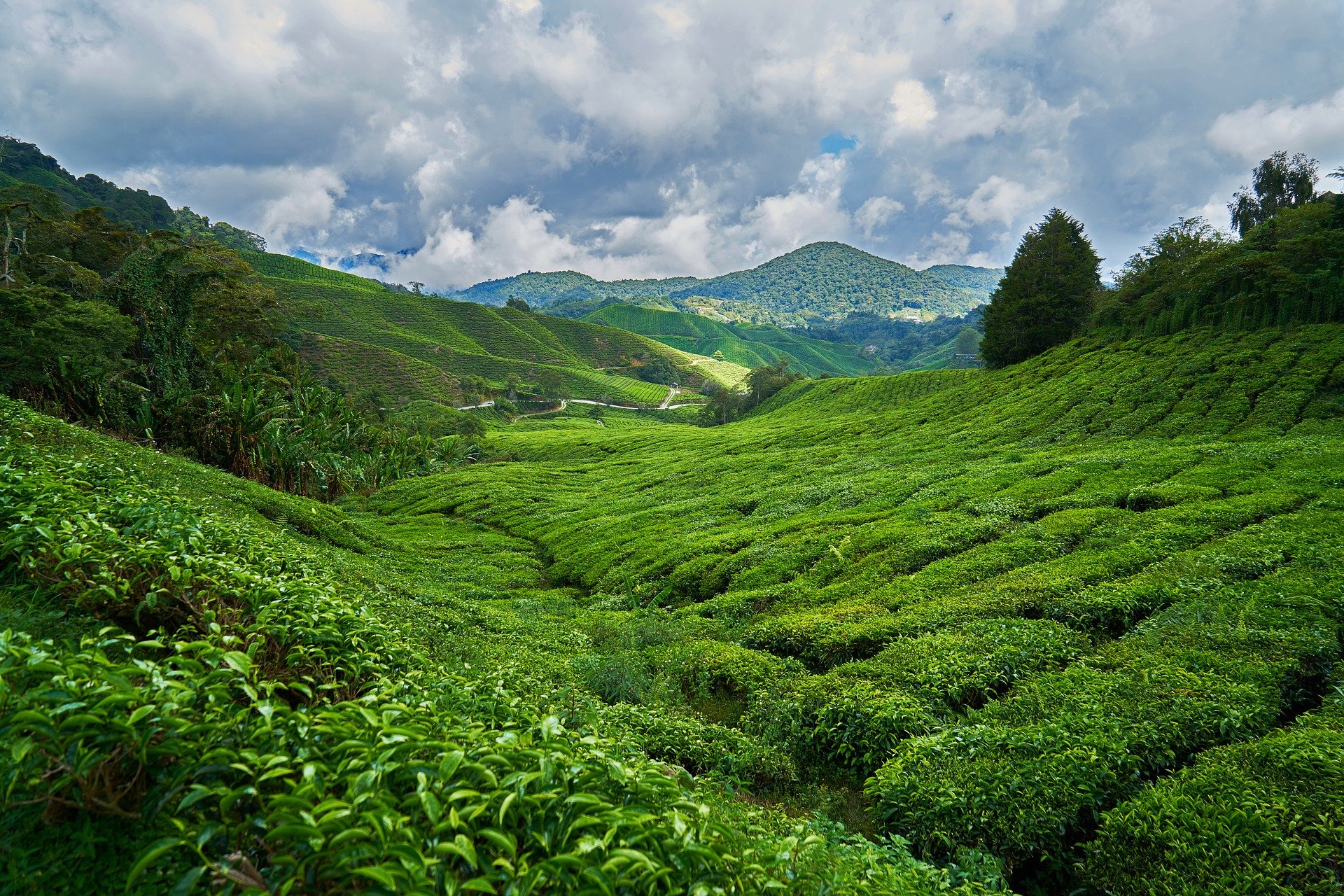 I only spent one day of my stay exploring Moganshan itself (the other two days were primarily spent hiking and lazing around in Huowu Village, where my guesthouse was located). I was able to get a sense of the local history — in English! – when I stopped by The Lodge, a restaurant and hotel placed near the top of the mountain.

Walk up the weathered stone steps to arrive at The Lodge, a haven for weary travelers craving anything from espresso to top-shelf whiskey. And of course, a great source for English speakers interested in Moganshan’s local history.

Although I was admittedly enticed by the restaurant’s western lunch options after a solid four hours of hiking, the manager of The Lodge soon began telling my companion and me about the building’s ties to Moganshan history.

Its owner Mark Kitto was the first foreigner to live on the mountain in modern times after obtaining a 10-year lease on a villa directly from the People’s Liberation Army in the early 2000s.

He details Moganshan’s history, as well as the baffling process of conducting business in China as a foreigner, in his memoir “China Cuckoo.” I know this because the manager of The Lodge encouraged us to peruse a house copy of the book over our lunch of bacon-grilled cheeses and post-hike whiskeys.

I plan to return to Moganshan at least once more for a quick getaway. There’s still more to see:  After my long weekend I was doing some research and discovered that Deqing County is a centre for snake farming, with an entire community devoted to the industry known as “Snake Village”.

A few days in the abundant bamboo woods and a visit to the Deqing Snake Culture Museum seems like a good plan for my next 3-day weekend.

Other Activities in China 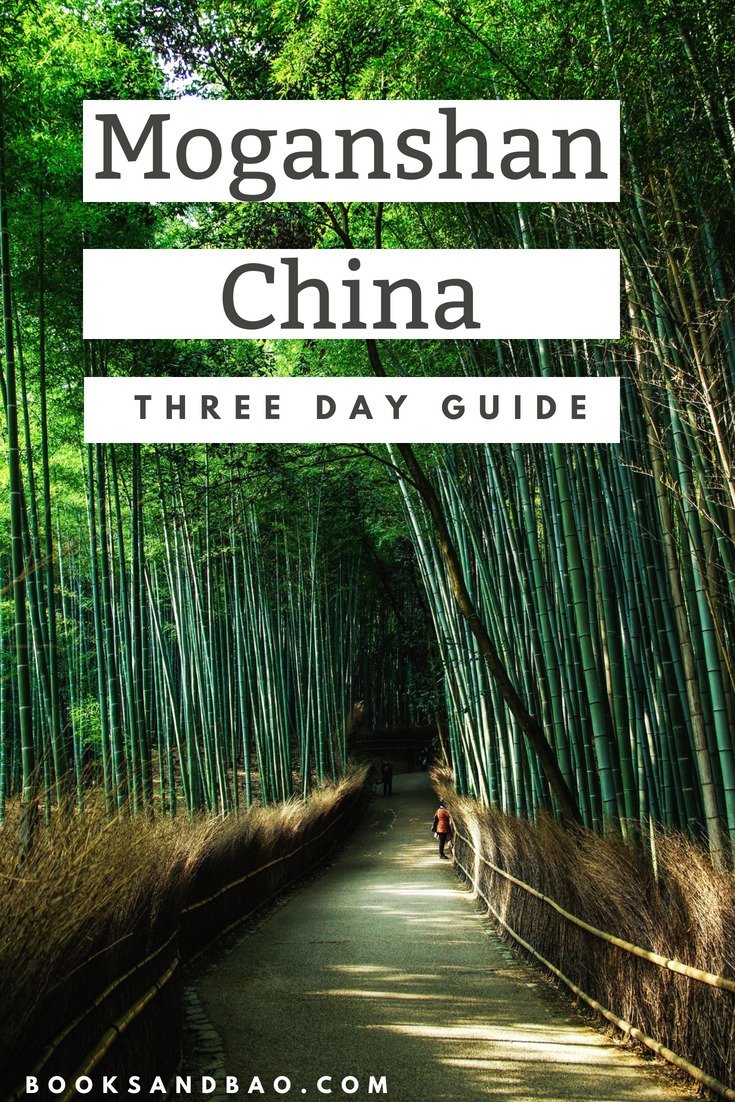 Is that a tea plantation in the valley photo? That valley is the spitting image of Cameron Highlands in Malaysia.

Oh lovely! Yes, it is a tea plantation. I'd love to visit Malaysia. There's a lovely tea plantation here in Korea, in Boeson. I can't wait until it warms up to visit.