How to Explore the 6 Cities on The Rhine River

Get ready to explore some of the most beautiful cities in Europe while following The Rhine River.

The Rhine is a fascinating river. Beginning in the Swiss Alps, it flows north through Germany and The Netherlands, creating natural borders for France and Liechtenstein, before flowing free into the North Sea.

There are six cities on the Rhine river for you to explore.

Its name is of Celtic origin and translates to ‘raging flow’, and the history of this river is so vast, so fascinated, so instrumental to the construction of Western European culture, that there’s simply no way of summing it up here (though reading this book on The Rhine by Ben Coates is a fine place to start).

It’s not hyperbolic to say that following and exploring the Rhine river — by taking a Rhine river cruise or visiting the castles on the Rhine river — is tantamount to sailing back in time and rediscovering the history-making of European culture, from trade routes to war strategies ancient and modern.

All of this being said, what exactly is worth seeing along the Rhine? What are the cities along its flowing route, and how can you see them all?

What, exactly, are the castles on the Rhine and how can you take a Rhine river cruise? Well, those are the questions we’re going to answer below. Take a trip back in time along the cities of the Rhine.

The 6 Cities on The Rhine River

There are six cities along the Rhine, from Switzerland — through Germany — to The Netherlands. Four are single cities, and two are smaller cities separated by the river (like the Danube’s Buda and Pest of yore).

All six have something unique to offer, so let’s find out what you can see and do in each Rhine city when you visit.

The majority of cities on the Rhine are in Germany, but Basel in Switzerland is where your journey will begin if you follow the river from its source in the Swiss Alps.

Basel is a medieval Swiss city that’s perhaps most famous for its overwhelming number of museums and galleries, and its lively festivals. In short, it’s a European city that feels custom made for tourists and explorers.

Museums in Basel include the Spielzeug Welten Museum (or Toy Worlds Museum) which houses over 6,000 toys and teddy bears, and the Museum Tinguely, home of a huge collection of art by legendary Swiss artist Jean Tinguely.

As for festivals, there’s the Basel Tattoo, Basel Carnival, and the Autumn Fair. That’s not even mentioning how beautiful Basel looks at Christmas, with its fresh snow, decorations, and markets.

Read More: How to Travel the Baltics by Bus

Bonn is one of Germany’s lesser-known cities, often overlooked as people flock to Berlin, Dresden, Frankfurt, and Munich. And yet, given its history as a city on the Rhine, Bonn is bursting with historic sights and activities.

Something also frequently forgotten is the fact that, between the end of WWII and the reunification of Germany fifty years later, Bonn was decladed the capital of West Germany.

For visitors looking for cultural history, Bonn is perhaps most famous as the birthplace of Ludwig van Beethoven – arguably the world’s most famous classical composer. His former family home, Beethoven House, now stands proud as a museum dedicated to his life and works.

Beyond Beethoven, Bonn is also the home of Drachenburg Castle, one of the castles on the Rhine and one of the most dramatic fairy tale castles in Europe!

Easily the most famous city on the Rhine, Cologne (or Köln) is a very short journey north from Bonn, and not far at all from Düsseldorf (if you fancy a day trip). The borders to Belgium and The Netherlands are also a stone’s throw away.

But, if you’re following the Rhine, you’ll be in The Netherlands soon enough! Cologne’s most charming aspect is, perhaps, its Old Town.

These museums include Museum Ludwig (a museum of modern art, not connected to Beethoven) and the Romano-Germanic Museum (a celebration of Roman European history and culture). Old Town also sports the stunning Cologne Cathedral and City Hall, places of unparalleled history and beauty.

Duisburg is a very different beast to the other German cities we’ve mentioned. Most of the cities on the Rhine are medieval, historic, romantic, fairy tale affairs.

Duisburg is a far more modern and industrial city, famous for its colossal harbour area. That being said, there’s still a lot to see and enjoy in Duisburg.

Two of the most unique being the Duisburg Zoo, which hosts Germany’s largest dolphinarium, and an interactive art installation at the edge of the Rhine known as Tiger and Turtle.

From afar, this strange creature looks like a rollercoaster. But it is, in fact, a twisting and winding stairway. Just don’t attempt to run the loop – you’ll die trying.

The little city of Mainz sits on the southern side of the Rhine, while Wiesbaden is nestled against the river’s northern edge as it bends and travels across the border to The Netherlands.

While the cities themselves are nice historic places to stay for a few days, and both host some gorgeous gothic architecture, it’s the castles on the Rhine nearby which are really worth visiting.

North of these two Rhine cities, you’ll find a series of fantastic castles dotted along a short stretch of the Rhine.

These include Ehrenfels Castle and Klopp Castle (found in the little town or Bingen on the Mainz side of the river), the powerful and daunting Sooneck Castle a little further north, and Rheinstein, a 14th-century castle that operates today as a hotel (and a great place to stay on the Rhine).

Needless to say, these castles on the Rhine are the real reason to visit Mainz and Wiesbaden.

Read More: The best Hotels in The Hague, Netherlands

How to Travel Between the Rhine River Cities

After having read about the different cities on the Rhine, most of which are in Germany, you can tackle the Rhine however you want. If you want to visit the castles on the Rhine, you can stay in Mainz and do that!

If you want to travel northwest from the source, you can start in Basel and follow the river by car, bus, train, or even by taking a Rhine river cruise! Here are some of your options for when you start planning your journey down the Rhine.

The Rhine is a river, after all, and so taking a Rhine cruise is a very real possibility and a scenic way to travel.

This is our preferred method simply for how beautiful and memorable the experience is. There are all sorts of European river cruises available and you’ll find an impressive host of options for people who want to take a Rhine river cruise.

Train: Carve your own journey

Taking a Rhine cruise is cool, but it can feel a little restricting in terms of your own personal freedom. Taking a train, however, means making the journey exactly how you want to.

Trains across Germany are quick, easy, comfortable, and usually surprisingly cheap! The country is big, but not so big as to waste a whole day on the train.

You can take just a handful of hours to quickly move between each Rhine city as you move from the border of Switzerland to the border of The Netherlands and beyond!

The bus is a cheaper but slower option. There are just as many options for getting between the Rhine cities of Germany by bus as there are by train but you will be getting everywhere at a much slower pace.

Still, the views are gorgeous and the price you pay is delightfully minimal, meaning you can spend more time and money on a sweeter hotel or exploring cities like Bonn and Cologne. 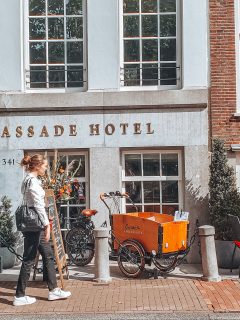 Previous
Ambassade Hotel: A Cultural Haven in the Heart of Amsterdam 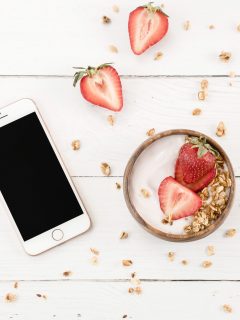 Next
Starting and Growing Your Bookstagram (+ 200 Hashtags)
Click here to cancel reply.
As an Amazon Associate, we earn from qualifying purchases at no extra cost to you. This post may contain affiliate links that earn us a commission.