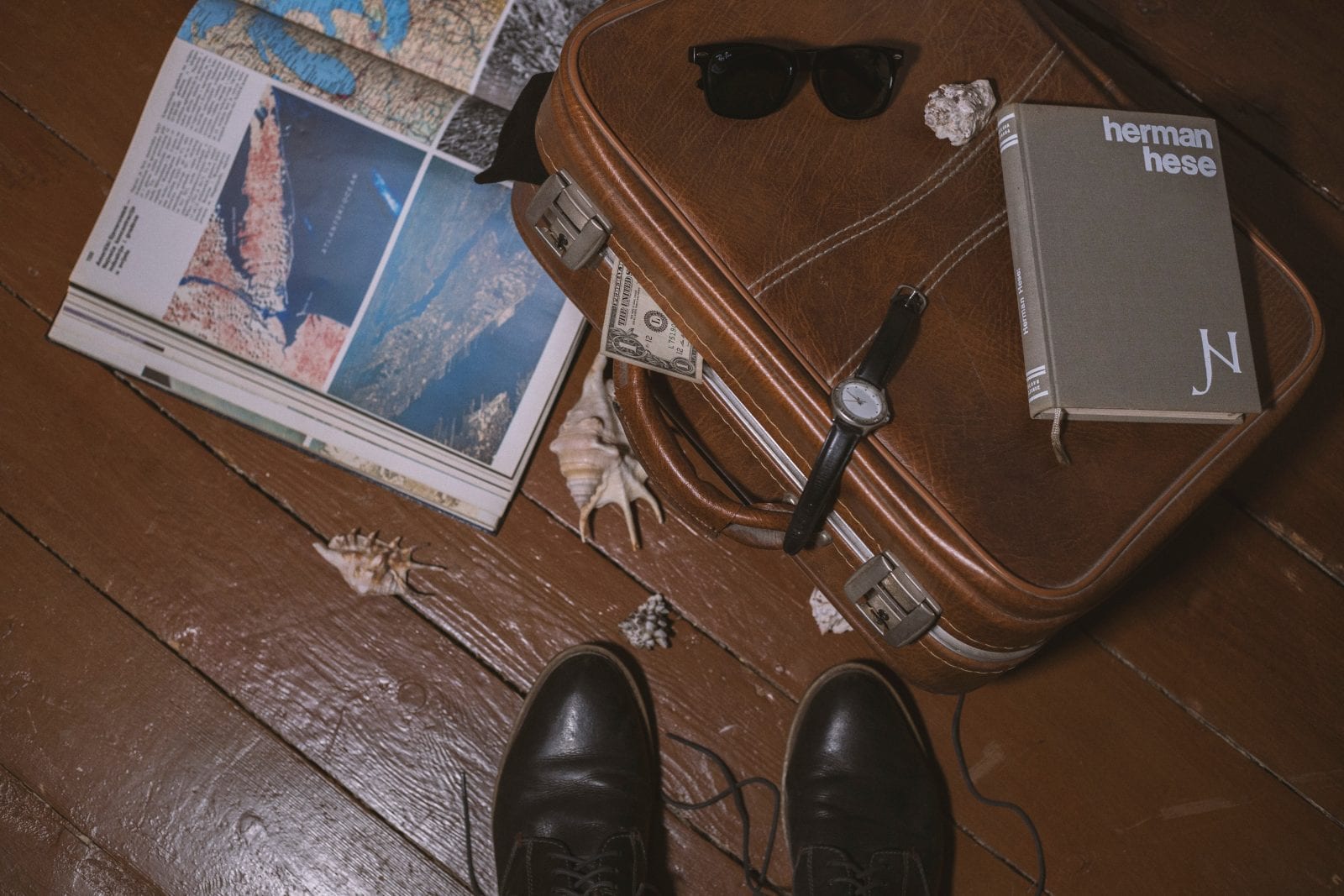 Adventurers, explorers, travellers – whatever you wish to call them – have been documenting their discoveries and experiences for hundreds of years. Setting sail for uncharted waters and touching down on exotic lands, bold and brave men and women have explored every corner of the map and recorded what they’ve learned for us to enjoy in the comfort of our own homes. Travel writing can teach us about worlds we may never see, or it can inspire us to head out onto the road and see what they saw for ourselves. It’s an exciting, illuminating, and often hilarious form of writing that has changed the course of our lives in more ways than one. As readers, writers, and travellers, we have always devoured travel books and, generally speaking, we try to read travel accounts and fiction from any new country before we set sail for it.

Three of our favourite pieces of travel writing over the years have been Land of the Dawn-Lit Mountains by Antonia Bolingbroke-Kent following her incredible journey through adventure through Arunachal Pradesh, one of the world’s least explored places; Hokkaido Highway Blues by Will Ferguson, an all-at-once hilarious and sorrowful travel writing account of one Canadian’s mission to hitchhike from Japan’s southernmost island to its northernmost tip; and Bill Bryson’s Notes, one of the first we ever read and an incredibly witty and accurate painting of our own British Isles, replete with its literal and metaphorical peaks and valleys.

The Sagas of Icelanders, Anon 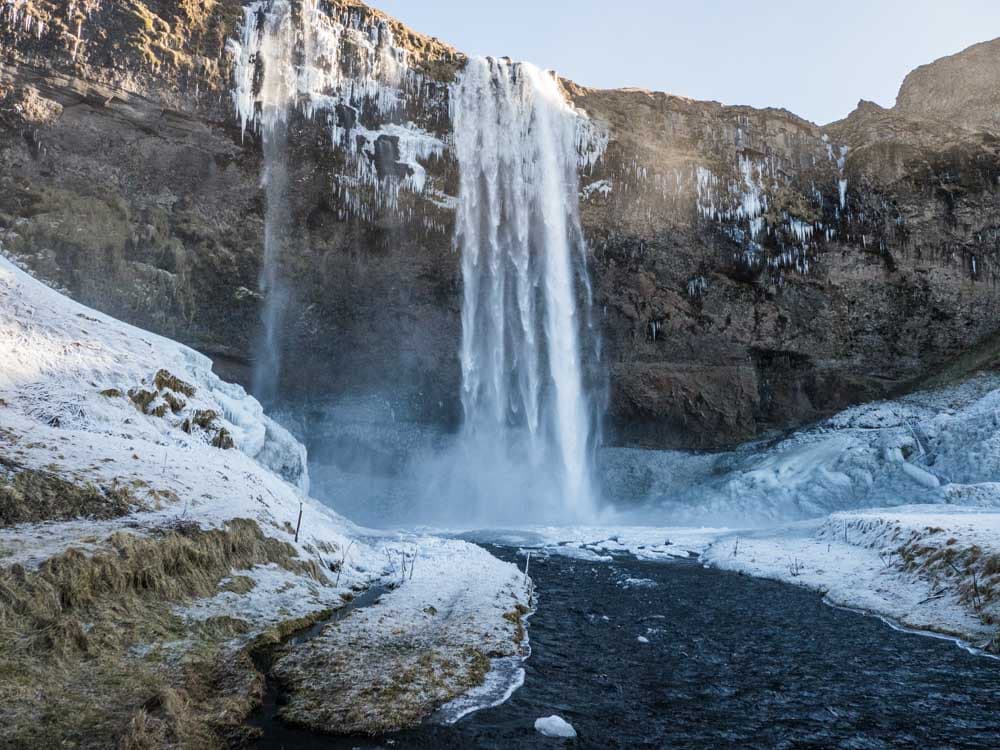 If you want to learn about Iceland, its best to start at the beginning. These sagas tell the tales of Iceland’s settlement in ~900AD. They were initially oral stories passed through the generations. But in the 12thcentury, the Icelanders actually created the first non-fiction prose form by writing down and publishing the sagas. Previously, most written tales were poetic, such as Beowulf and Shakespeare.

The sagas are stuffed full of melodramatic heroism, none more so than with the Saga of Egil. His family settled Iceland, eking out a living in the harsh landscape. He was a marauding Viking of the most heroic and psychopathic sort and he had a very unforgiving nature. During his decades-long beef with the King of Norway, Egil took every opportunity to aggravate him by murdering, plundering and enslaving everyone in his path. It makes for a ripping good yarn.

You can also check out this list of books set in Iceland for more fiction and non-fiction set in one of the most book-ish countries in the world.

The Lost Executioner by Nic Dunlop 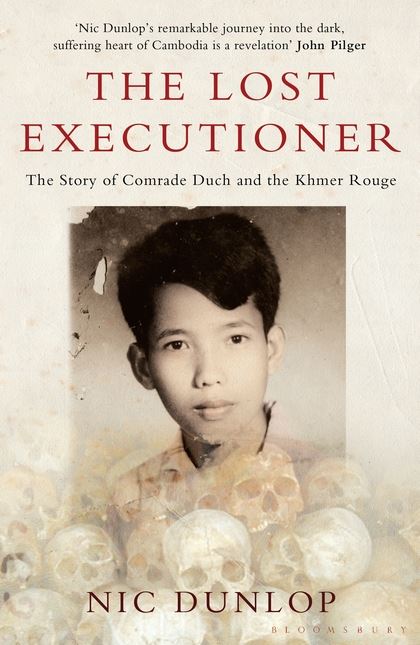 We see books and reading not just as a way to relax or escape but as a way to educate ourselves about the historical context of the places we travel. The Lost Executioner by Irish investigative journalist Nic Dunlop is a must-read if you are planning a trip to Cambodia.

On a visit to Phnom Penh, it’s impossible not to encounter echoes of the Khmer Rouge and the dark period of Cambodian genocide heralded by their reign. The Lost Executioner reveals the story of Comrade Duch who was in charge of the S-21 prison in Phnom Penh during the time of the Khmer Rouge. Duch was ultimately responsible for the torture and cruel deaths of thousands of Cambodians.

When Pol Pot and his Khmer Rouge regime fell in 1979, Duch simply disappeared. For 20 years, no one knew what had become of Duch and he escaped the hands of justice until Dunlop tracked him down in a remote village and published the interview that ultimately put him in prison more than 30 years later.

The Lost Executioner is equally fascinating and horrifying read. We felt that it was important to understand the history so that we could visit and pay our respects to the people who lost their lives to the Khmer Rouge in the Cambodian genocide.

Find out more about this turbulent period at: Sidewalk Safari

Wild: From Lost to Found on the Pacific Crest Trail by Cheryl Strayed 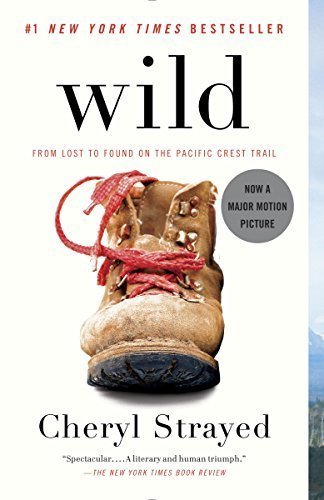 Wild is a life-changing memoir about loss, transformation, and exploration. After her mother’s death and her own divorce, 26-year-old Strayed embarks on a thru-hike (a long-term hike where you carry your belongings and camp along the trail) on the Pacific Crest Trail in the western United States.>

Strayed starts out on the trail with no hiking experience. She makes all the classic rookie mistakes. Her shoes are too small. She carries way too much weight in her pack. Humorously, she even carries multiple leisure reading books with her. And—what drove me craziest—hadn’t even completed an overnight hike ahead of time. Still, one day after day, she puts miles behind her. Over time, she becomes a real, veteran thru-hiker.

As a female solo traveler and aspiring thru-hiker, this Wild made me feel like I could do anything. Even if you aren’t typically into nonfiction, you will absolutely fly through this book. The movie is great but it’s no replacement for the full story.

Though Strayed’s experience, I learned that almost anything can be achieved with persistence, no matter what level you start with. As soon as you finish reading this empowering memoir, you’ll want to hit the trail! 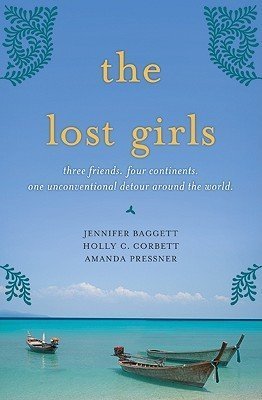 The Lost Girls is about three friends who quit their intense New York City media jobs and leave everything behind for a year-long backpacking trip around the world.

The girls each tell their own stories in separate chapters dispersed throughout the book. They describe some of their unique and crazy adventures, what motivated them to go on this once-in-a-lifetime journey, their trials and tribulations along the way, and how the trip changed their perspective on life. I credit The Lost Girls for making me who I am today. I found this book at a time when I was still searching for what I wanted in life and defining who I was.

As someone who also planned on having a career in media (specifically journalism at the time), I could strongly identify with these women. I was ambitious and driven. I thought the path I wanted to take was to work at a well-known publication, most likely based out of New York City, just like these women. But reading The Lost Girls reminded me of what I actually found important in life, and that the dream I had wasn’t really what I wanted at all.

It had me reflecting on my life and goals, and ultimately changed what I wanted for my career and lifestyle.

Even if this book doesn’t inspire you the way it did for me, their adventures around the world will make for an entertaining read!

Chosen by Brittany from B Out Exploring

This is Portland by Alexander Barret and Andrew Dickson

This is Portland by Alexander Barret and Andrew Dickson is not a typical guidebook or travel book.  Instead of instructing their readers to go to this specific location or do this particular activity, Barret and Dickson give their readers a glimpse of what it’s like to be a Portland local.  From the feud between the Southeast and Northeast sides of the city to the insane amount of beer, bikes, beards, and books that can be found, the authors are able to show readers aspects of Portlandian culture that visitors – including myself – would have been completely oblivious to.

Yet, throughout this hilariously honest description of Portland, Barret and Dickson still manage to slide a few recommendations of note in there, including Pine State Biscuits, Crafty Wonderland, and Salt & Straw.  Consequently, the authors have narrowed down their guidebook-like recommendations for the city of Portland to just the local essentials. In other words, want to experience Portland like a local? Start by reading This is Portland.

Travels with Charley: In Search of America by John Steinbeck

Novels that paint an authentic and historic picture of a destination, are my favorite to read. This is the precise reason why I love Travels with Charley: In Search of America. John Steinbeck is well-renowned for his novels Of Mice and Men and Grapes of Wrath. Steinbeck had an inept talent to honestly portray his character and the land that they are adventuring. In this novel, Steinbeck is writing about his own adventures with his poodle Charley. The two of them travel across America in his rusty camper trying to uncover what makes Americans American.
Steinbeck accurately encompasses the nuances and quirks each region of the country possesses. When I was reading about his travels through the Midwest, Minnesota specifically, where I call home, I laughed at how accurate he described Minnesotans. It was as if he photocopied a description of my next door neighbor onto the page. Not only did Steinbeck pay attention to the landscape that whizzed by him, but he also admired the people and celebrated their differences.
Travels with Charley is filled with funny anecdotes and humorous mishaps. It’s guaranteed to make you laugh. Steinbeck will also make you pensive and baffled at the fact that you hadn’t thought of that before. And in fair warning, he’ll also make you cry. This novel is a rollercoaster of emotions, but definitely worth a read.
Chosen by the Quirky Globetrotter 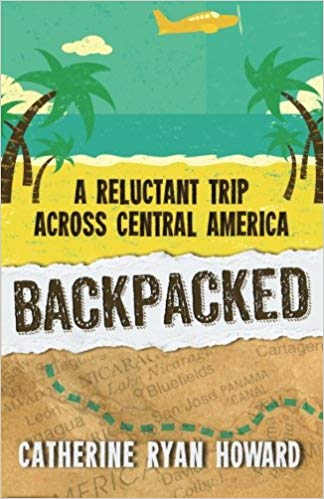 This is one of my favorite books and it also happened to inspire my first solo trip to, you guessed it, Central America. Backpacked is a hilarious recounting of two friends with totally different travel styles backpacking across Central America together for three months.

I love this book for two main reasons: the setting and the writing style.  The author, Catherine Ryan Howard, was just finishing up a year working at Disneyworld in Orlando on a J1 visa and decided to tag along on her best friend Sheelagh’s (pronounced Shelia) big trip. You’ll find hilarious recountings of events from struggling up the side of an active volcano to not learning Spanish in the most idyllic lakeside town ever.  No matter the story, she finds a way to make it hilarious and I find myself going back to read it about once a year, wishing I was back there myself.

Chosen by Megan Johnson. Check out her own adventures in Central America.
I hope you enjoyed these wonderful pieces of travel writing, if you’d like even more inspiration check out the Most Memorable Travel Destinations chosen by bloggers.

Review: The Book of Tehran – A City in Short Fiction