One of the most diverse and impressive aspects of Japanese culture is the nation’s cuisine. From home-grown dishes like sushi and sashimi to foreign-influences meals like curry and tempura, there is so much wonderful and popular Japanese food to try. It’s no wonder Tokyo has more Michelin star restaurants than even cities like Paris, London, and New York.

From seafood and beef to fried veggies and Japanese vegan food, Japan has everything a foodie could possibly dream about. So, whether you want to visit Japan or try your hand at home-cooking a few Japanese meals, here is a varied list of the ten must-try popular Japanese food and meals.

Perhaps the most popular Japanese food of them all, sushi is almost synonymous with Japan and there’s no dearth of places to eat sushi in Tokyo. From fine dining Michelin star restaurants with a few seats to street-side sushi bars that offer lunch to students or workers on budget, you will find it all in Tokyo.

For visitors to Tokyo, eating sushi in Japan is like visiting the mecca of sushi. Although you can now find the dish in almost every corner of the world, there’s something special about dining in a traditional sushiya and watching a Japanese master chef prepare your food.

The sushi joints of Tokyo offer super fresh fish, and an excellent selection of veggies and other local ingredients. A sushi roll typically comprises of nori on the outside, a layer of vinegared sushi rice under the seaweed and fillings in between.

Read More: The Ultimate Guide to Eating Sushi Like a Pro.

This is another lip-smacking traditional Japanese food you can find both at high-end restaurants and at cheap food stalls. Although the Portuguese introduced the dish to Japan in the 16th century, it has been adopted by the Japanese in various forms.

A typical plate of tempura comprises of seafood, vegetables, or other base ingredients dipped in a batter made of eggs and flour, and deep-fried in vegetable oil. Tempura is known for its crispy texture and Tokyo has some specialized tempura restaurants where it is served with other dishes like udon or soba noodles.

Ramen has undergone a kind of revolution in recent years, and has highly evolved as a cuisine. It’s almost like you can’t pass a street in Tokyo without coming across a Ramen outlet. What is more interesting is that you have a lot of regional and sub-regional variations of this delicacy.

Ramen mostly comprises of a rich soup base prepared by slow-boiling pork bones for several hours or even days. It can range widely from being soup-like to a thick gravy texture. A bowl of ramen may include sliced pork, nori, scallions, hard-boiled eggs, menma and so on.

Despite being traditionally pork-based, both in its broth and in its main ingredient, it’s easy and not unusual to find vegetarian and vegan ramen joints in Tokyo these days, and you can also happily make vegan ramen at home.

Read More: Where to Eat in Tokyo (+ Ramen Guide) or try these Hidden Ramen Gems in Shibuya.

One popular Japanese food that is tough to make vegan-friendly, however, is sashimi. This is the delicate cousin of sushi and the two are often referred to interchangeably, but this dish is unique and different from sushi in many ways. The Japanese chefs regard this dish as their finest delicacy and the freshest or most high-quality fish are used for preparing it.

A sashimi platter typically comprises of raw fish or seafood, finely sliced using a very sharp sashimi knife. The slices are beautifully arranged to create a visual art form, and it is served with side condiments like soy sauce, wasabi, and pickled ginger.

If you are a beef-lover then you must try this mouthwatering delicacy. Sukiyaki is mostly cooked right on the table so you get to smell the intoxicating aroma and watch your food cooking right in front of your eyes in a Japanese cooking pot.

Similar to other traditional dishes in Japan, Sukiyaki also has a few cooking variations depending on the region. Apart from beef, some of the other ingredients added to the pot may include tofu, negi, and vegetables mixed with soy sauce, mirin, and sugar. Boiled soba or udon may also be added in some places.

When you are travelling in Tokyo, expect to be lured by the aromatic smell of curry coming from the food stalls located on the street-side. Hop into one of the eateries and make sure you try this traditional dish that has a smooth and silky character.

Although inspired by Indian curry and brought over to Japan by the British, Japanese curry has a unique personality of its own. It is sweeter than its Indian counterpart and gentler on the heat to give you a more rounded-off flavour. One of the most popular curry dishes is chicken katsu (curry with a breaded chicken cutlet).

The word ‘katsu’ derives from the English word ‘cutlet’, and the sweet sauce is very simple to make. Katsu curry sauce mostly comprises of soy sauce, sugar, curry powder, and a few diced vegetables like carrots, onions, and garlic.

These days, Japanese katsu curry can often be found duking it out with sushi for the top spot of most popular Japanese food, with katsu curry joints popping up in cities around the world. The big curry chain in Japan. CoCo Ichibanya, can be found as far from Tokyo as London.

In Japan, Wagyu beef can be prepared in various forms but the most popular types you can find in Tokyo are yakiniku and teppanyaki. In these restaurants, you can find different portions of cuts grilled at the table without any marinade. It may be served with a sweet dipping sauce.

If you have heard that wagyu beef is a pricey item then you have got it right but you don’t need to order a lot. This is a rich delicacy, so a little will be too much for the experience. Pair it up with other food from the menu for a filling dinner.

One of the most fun and interesting ways to enjoy wagyu beef is in shabu shabu, the Japanese hotpot. Shabu shabu ingredients vary but they are often slabs of pork or beef, and wagyu beef is a popular Japanese food to use in some hotpots. The fun of hotpot comes in the communal sharing and DIY preparation of it. Perfect for friends dining out in a group.

Pick any food culture and you are sure to find barbequed meat on the menu, and in Japan it’s called Yakitori. So, if you are craving meat on the skewer, try yakitori, which is mainly skewered chicken meat brushed lightly with soy sauce and a glaze of mirin. It is usually barbecued over charcoal to lend that characteristic taste and smell.

In Japanese cooking tradition, they don’t like wasting any part of an animal. As a result, you may expect to find chicken meat along with liver, heart, soft cartilage and gizzards in Yakitori. This dish is mostly popular as after hours eating at an izakaya with friends, families, and co-workers.

Read More: Discover Japan’s Best Snacks and Where to Buy Them

If you love things that are breaded, deep-fried, and crispy then you must try this popular Japanese food in Tokyo that appears to be loosely inspired by a German schnitzel. This is basically a thick pork cutlet that is breaded and deep-fried in vegetable oil to a golden colour.

Tonkatsu has a crisp exterior and is so juicy inside that it melts into your mouth. The dish is made from the best quality pork that is highly sought after for its rich flavour and soft texture. It is mostly served with a house-prepared sweet and savoury sauce with a refreshing salad on the sides.

If the idea of freshwater eel makes you recoil a little you must first try this rich traditional Japanese delicacy which will change your opinion about the dish completely. When you order unagi at the restaurant, you will get eel grilled over charcoal and blasted with a thick glaze.

Unagi is typically served on top of steamed rice. To get the best experience, we would suggest that you visit a restaurant that specialises in unagi, and they are known as unagi-ya. At these places, other parts of eel such as the liver and deep-fried bones may be served as appetisers. 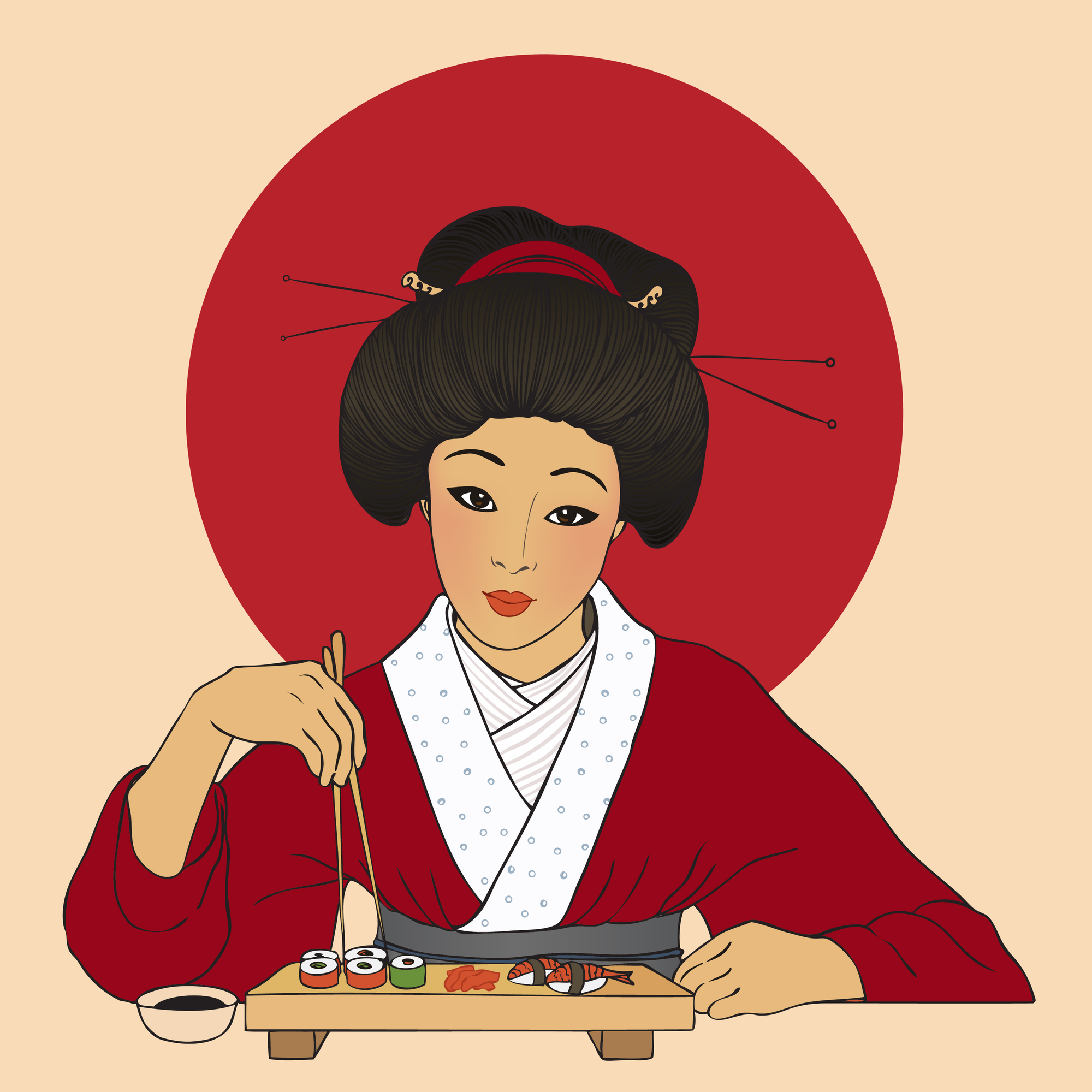 Previous
Types of Sushi and How to Eat It - A Guide 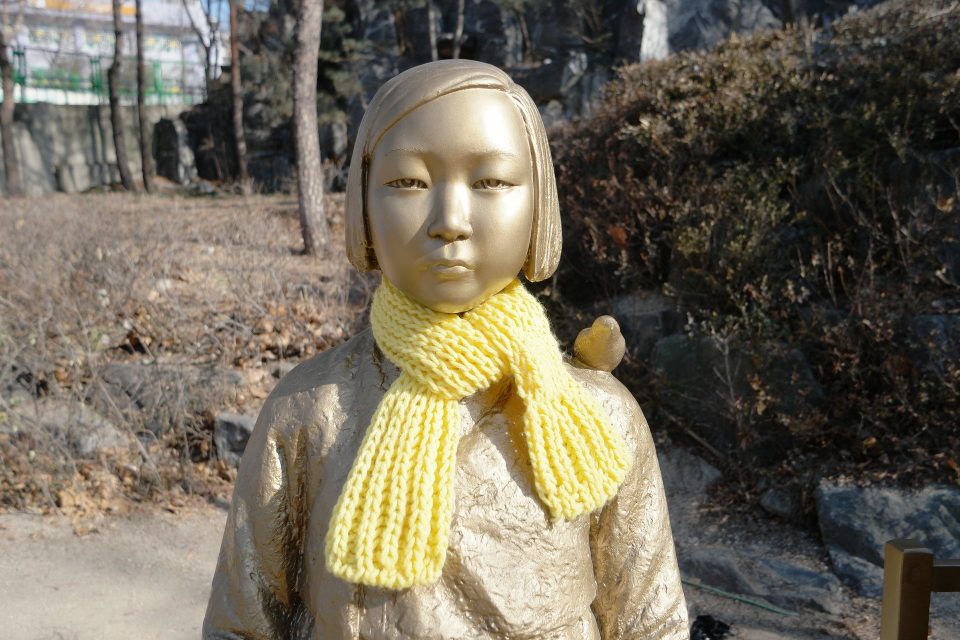 Next
Learn More About 'Comfort Women' With These 12 Books
Comments are closed.
As an Amazon Associate, we earn from qualifying purchases at no extra cost to you. This post may contain affiliate links that earn us a commission.