5 Things to Know Before Your Crete Vacation

When planning your Crete vacation, there are a few facts to know, books you might want to check out, and things to prepare before you head to Greece’s fifth largest island.

Crete is a place packed with mythology and incredibly ancient history; it’s also home to beaches and waters of stunning natural beauty. There is so much to see, do, and learn in Crete that you’ll want to make sure you’re fully prepared.

Things to Know Before Taking a Crete Vacation

Before you head to Crete, you need to know how to get around, what to pack, and what the best places to visit are. All of that is covered for you right here! So make sure you’re fully prepared before your incredible Crete vacation. We recommend Airbnb if you’re looking for a really special place to stay in Crete.

Crete, like the rest of Greece, has a really excellent climate. It never gets too cold, meaning travelling to Crete pretty much any time of year is an option. However, the height of summer does get pretty overbearing in both raw temperature and humidity, so it’s best to avoid July and August if possible.

This means that the best time to visit Crete is in the Spring and Autumn months. If you can plan your Crete vacation for April – June or September/October you’re going to have the best time.

This is when the sky is blue, the days are long, and the heat isn’t yet too unbearable. However, if you do like your intense heat, there’s nothing stopping you from taking your Crete vacation in the height of summer.

Read More: Explore the 6 Cities on the Rhine River

Zeus, king of the gods, was from Crete. In Greek mythology, Kronos the titan had a habit of eating his children (as depicted in Goya’s most famous artwork) thanks to a heavy onset of paranoia when it was foretold that his son would rise up to defeat him.

That son, who survived being eaten thanks to his savvy mother, was Zeus, and he was born in a cave on Mount Ida, the tallest mountain in Crete.

Crete is an island nation in the Mediterranean, with clear blue skies, a rocky and rugged landscape, a lot to explore, and weather that is pleasant almost constantly. That means summer clothes, swimming attire, and a few different pairs of shoes.

Shoes are perhaps the most important thing to consider when packing for your Crete vacation. You’ll definitely need sandals or flip-flops for the beach, and even for light strolls around the city.

However, you will be hiking, exploring ruins, and going off the beaten track, especially if you rent a car (more on that below) and for that you’ll want some sturdy hiking boots, even in the summer months.

As for clothes, make them light and breezy. If you’re visiting in the winter, consider a windbreaker or waterproof jacket. Otherwise, you’ll want t-shirts and shorts. And sunscreen. Lots and lots of sunscreen. Liberal amounts of sunscreen. And some spare sunscreen.

Bring a backpack. You’ll be hiking, walking the beaches, strolling through the towns, visiting museums, and more. Crete is a holiday-maker’s dream because it encompasses everything we enjoy in a vacation: exploration, relaxation, and discovery.

That means you need a strong and sturdy backpack to carry your water, spare shoes, a book, and all your other essentials.

Here are some of the most beautiful historical places in Crete that you will not want to miss out on.

This is probably number one on everyone’s list of places to visit in Crete, and with good reason! As already mentioned, this ancient palace is said to have been home to King Minos, the Minotaur, and the labyrinth designed by Daedalus to contain the Minotaur.

It is also a staggering collection of ancient Greek ruins that have stood for over 3,000 years!

Crete is, unbelievably, where Europe’s oldest civilisation began. And Phaistos Palace was a city that went through several iterations through almost all of that history, existing for thousands of years.

You can trace the history of Phaistos back to the Neolithic Era. When you visit Phaistos Palace, you’re travelling back to the earliest days of European civilisation.

This monastery, which has stood in one form or another since the 5th Century CE, is a beloved jewel of Crete. Originally built by Emperor Arcadius of the Byzantine Empire, this monastery has seen centuries of change and war in Crete.

It was even used as a place for women and children to hide in safety as local Cretans rose up against the Ottoman Empire in 1866.

How to Travel Around Crete

Crete is an island nation made up of a few major cities (those being Heraklion, Rethymnon, Chania and Agios Nikolaos) but with so much historic and natural beauty spread out in-between. That means your best method of travelling and seeing everything during your Crete vacation is by hiring a car.

There are bus links between all of the previously mentioned cities, so if it’s the city life you’re looking to focus on, feel free to rely entirely on the buses. They’re cheap and easy to get, and they offer you great views of the picturesque countryside on your way from one city to the next.

However, as mentioned, so much of Crete’s majesty is hidden away outside the major cities. The most famous example being Knossos, an ancient palace built 3,000 years ago, which can be found a short drive away from Heraklion.

The most stress-free way of getting to Knossos is by car. The same goes for Samaria Gorge, Balos Beach, and a lot of other unmissable places in Crete.

If you are looking to rent a car in Crete, which we do recommend, the best place to do so is Rental Center Crete. They offer a range of cars of different sizes based on your needs, and you can organise your pick up and drop off locations in advance in order to best plan your road trip around Crete. 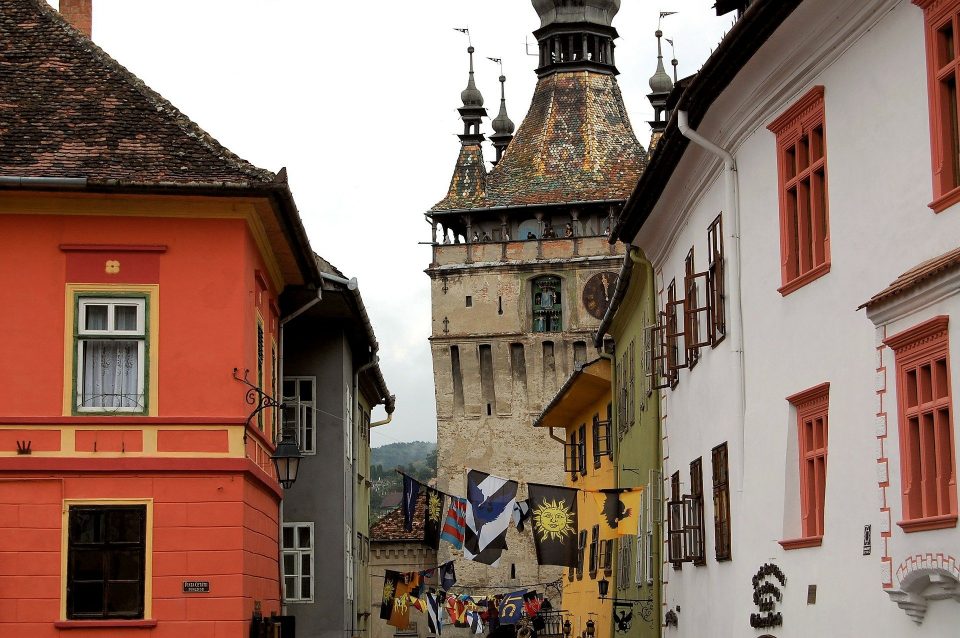 Next
A Guide to Sighisoara: The Medieval Heart of Romania
Click here to cancel reply.
As an Amazon Associate, we earn from qualifying purchases at no extra cost to you. This post may contain affiliate links that earn us a commission.