Review: Tender is the Flesh by Agustina Bazterrica

It is a truth universally acknowledged that a work of literature does not have to be enjoyable to be considered good. Books are written and read for an infinite number of reasons, and with the case of dystopian literature it is often written as a warning of things to come, or things that are already stirring – a chance for readers to become woke to the social and political shifts of the present and the future.

Tender is the Flesh is a novel of this exact kind: a critique of our present and a warning against a possible future. Though it’s worth emphasising right now that it is a bleak, gruesome, stomach-churning one from beginning to end.

Tender is the Flesh

Living in a world that is either a little to the future of, or a possible parallel to, our own, our protagonist Tejo works at a slaughterhouse which deals exclusively in human meat. A disease is said to have tainted, and mostly wiped out, most non-human animals, and so came a period known as the Transition, wherein human meat production became an accepted norm across the world.

The humans that are bred for slaughter are not considered people, are referred to as ‘heads’, and are kept in much the same condition as cattle are today.

Therein lies the book’s first clear-cut message: to consider how modern-day battery farming, and meat and dairy production, treats non-human animals: the conditions they’re kept in; the ways they are raised, tortured, abused, and ultimately killed. If this were the only message the book carried, it wouldn’t be adding anything new to the popular discourse.

Fortunately, Tender is the Flesh offers a broader scope than that.

This widening of scope occurs early in the novel, when Tejo is provided a gift from work: a prized female of his own to eat. Tejo is unlike everyone else in his world, however: he has never managed to make the conscious separation between humans bred for slaughter and ‘people’ such as himself.

To him, this is all still twisted, evil, taboo cannibalism, and the reason he works for this company at all is to support his father who demands extra care at his nursing home. Tejo is also racked with depression after the loss of his son to cot death, and as a result he and his wife are now estranged.

Already, Tender is the Flesh is piling on the bleakness, both in its building of a dark and, seemingly, evil world, and in its character building of Tejo: a man with nothing at all, a man who feels morally alone in a world where farming humans for their meat has become the norm. But a fleshing out (pardon the pun) of this world is necessary in order to make it believable that any society could live and function this way, and it’s while enduring that deepening of the world itself that we must brace ourselves for the truly horrifying.

In fact, much of Tender is the Flesh feels like world building. Tejo himself is easy enough to understand, and his story mostly centres around what to do with this female that he definitely refuses to eat, his duty to his elderly father, his work, and his relationship with his sister.

Everything else is exposition, and that exposition comes mostly during our time spent at the slaughterhouse, wherein we learn more about the supposed disease that made animal meat inedible, the Transition period, and the state of this world’s economy, politics, social norms, and language as it all pertains to the farming and eating of eating human meat.

The brutality of this exposition is unrelenting from beginning to end. Bazterrica holds nothing back in her imagining of how the farming of humans might be done.

The most egregious example is a moment early in the story when, as we tour the slaughterhouse with Tejo, we learn that pregnant females have their arms and legs removed so that they are unable to harm the precious meat they’re carrying. And there is far more beyond this, from beginning to end.

Read More: Our review of The Memory Police by Yoko Ogawa.

So, what is it all for, exactly, aside from providing us with a ham-fisted metaphor for our real-life parallel: the farming and slaughter of non-human animals?

Well, the cleverness of the novel – which, arguably, might take some digging to find, given how the gruesome nature of the novel seems at times almost gratuitous – comes with examining and considering the difference between the farmed humans and the people farming them.

Having sex with, falling in love with, and raising a child with a ‘head’ is considered disgusting, for example, since they are socially and legally branded as less than people. And the dehumanising language used in the book is a necessary step towards disassociating ‘them’ from ‘us’

Tender is the Flesh is also asking us to consider the privileges offered to us by modern-day capitalism. While it’s not heavily explored how the disease that allegedly wiped out the animals affected the world’s ecology, environment, temperature, and so on, the book instead chooses to focus on how, once meat could no longer be consumed, people panicked and sought desperately for an alternative.

And the fact that meat-farming conglomerates like Tejo’s turned to the farming of human meat as a solution speaks to our prioritising of our optional privileges in the developed world, like the eating of meat products.

This seems to be the ultimate, most important, and most damning message of Tender is the Flesh: disgust at what we demand out of life; what we prioritise. Rather than considering the fact that the world is burning, we must focus instead on how we can continue to enjoy our comforts, our privileges, the things we could, but would rather not, live without.

This, on paper, is a ludicrous mindset, and yet it is undeniably one obeyed by the majority of the developed world right now. And so, while the farming of humans might seem obtuse when you begin the novel, consider what we are right now choosing to wilfully ignore for the sake of keeping all of our nice things and our worldly pleasures.

While it might have become tiresome by now to compare a new work of dystopian fiction with Nineteen Eighty-Four, here it feels almost unavoidable, given that we have an enormous economic and social shift, a lone male protagonist struggling to live through it, and a story which hinges on a careful balancing act between world-building and character-driven narrative.

But while Nineteen Eighty-Four excelled, from beginning to end, at expertly stitching its exposition into its narrative to the point that it became invisible, Tender is the Flesh doesn’t quite manage this.

Even in the later chapters of the book, there is still a jarring disconnect between the narrative, which chiefly concerns Tejo’s relationship with his ‘female’ and his responsibilities to his ill father, and the book’s exposition, which half the time feels necessary in making this world feel tangible and workable, and the other half feels overblown in its violence and brutality.

This is a minor gripe, however. Ultimately, what begins as a book that feels unbelievable – almost farcical – ends as a tragic warning against human vanity, ignorance, and gluttony, not unlike the message found in Pixar’s Wall-E.

The story of Tejo, his ‘female’, and his wife have not been touched on in much depth here in order to avoid spoilers, but the direction they take and the twists they provide make for some gripping moments. Unfortunately, this narrative does take up a surprisingly minor amount of space in the novel, with the exposition taking centre stage. While that is a shame, what we do get is truly intense and thrilling throughout.

While Tender is the Flesh treads dangerously close to being gratuitous and unnecessarily violent at times, and its exposition never ceases to feel disconnected from the plot, the questions and warnings it raises are ones genuinely worth sitting with and pondering on as our planet continues to diminish in a frightening multitude of ways. Tejo’s personal story is also aggressively compelling, and it carries the book’s messages and morals expertly. It is, ultimately, those messages that make this book worth reading. 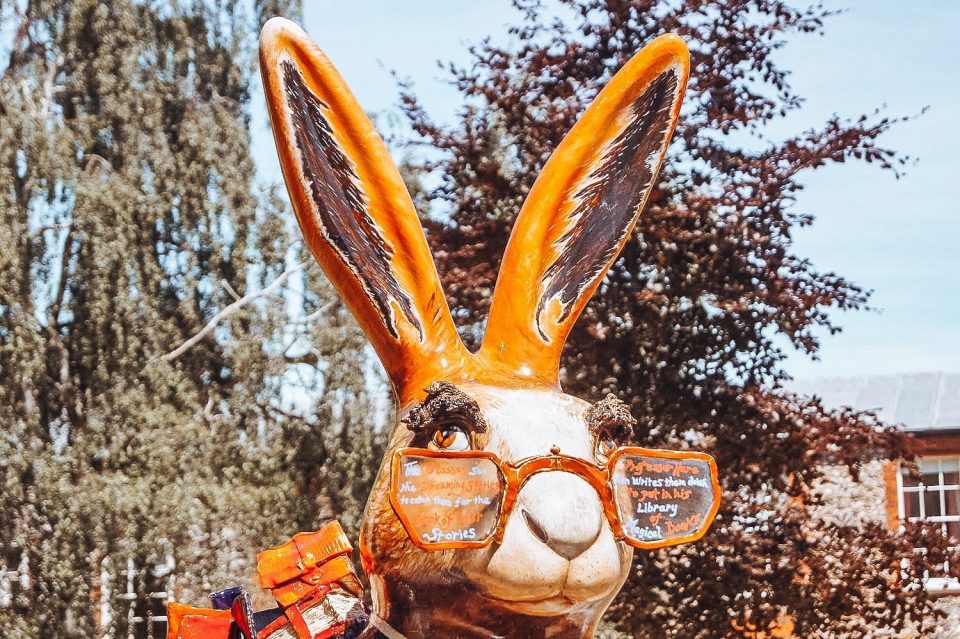 Previous
9 Fun Things to Do in Norwich for Book Lovers 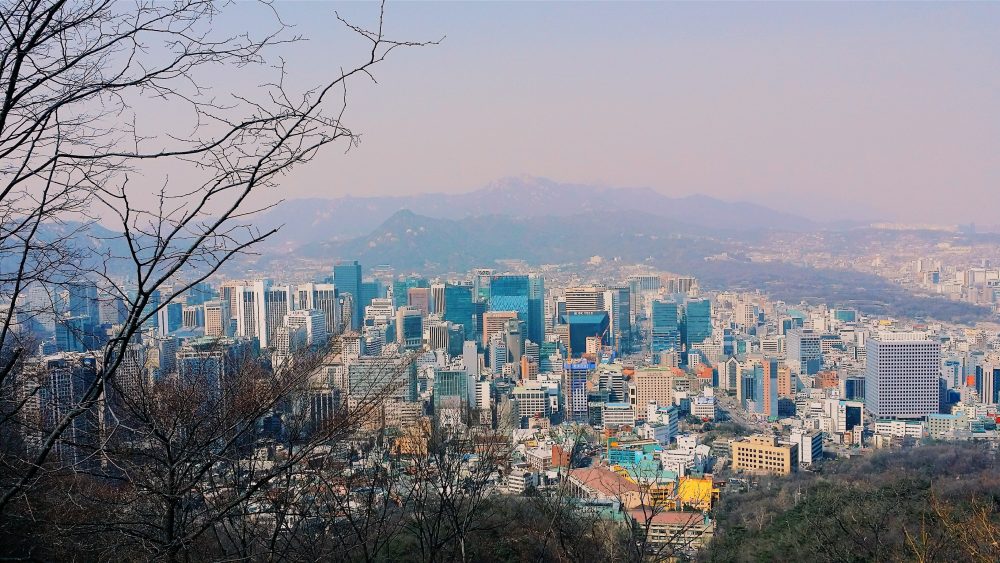 Next
Teaching English in China, Korea, & Japan (Pros and Cons)
Click here to cancel reply.
As an Amazon Associate, we earn from qualifying purchases at no extra cost to you. This post may contain affiliate links that earn us a commission.