If there’s one TV show that captures the tone, atmosphere, and grandeur of high-class living in pre-modern Britain, it’s Downton Abbey. The show encapsulated not only the day-to-day lives, relationships, and dramas of the English gentry of the time, but also the lives of their servants, cooks, and drivers. It blended real-world events with political stirrings to create something ground-breaking and exciting. But this slice of English and European history has been captured in so many wonderful books, both long before Downton Abbey aired, and even since. Books like Downton Abbey are aplenty and excellent.

So, with the release of the Downton Abbey film, let’s explore some of the best ‘Downton Abbey books’ – books like Downton Abbey that give you the same exhilarating insight into, and exciting drama of both upper-class and working-class life during the 19th and early 20th centuries. This list only features the best and most interesting books. No filler, just amazing stories of wit, family drama, and political satire.

Jane Austen is the queen of the English classic novel. Her stories are often of high-class members of the English gentry and their romantic or family dramas. Though, in fact, each one is a deeply satirical examination of the bloated personalities of these people, as well as their place in the world and their behaviour. If there’s one author’s library that could be called ‘Downton Abbey books’, its Jane Austen’s.

And the Austen novel that most parallels Downton Abbey is Mansfield Park. The story of Fanny Price, a young woman who is forced to live with her wealthy uncle – a slave and plantation owner – and his wife in their stately home of Mansfield Park. It’s a tale of love and class divide, a scathing commentary on the biases and prejudices between classes which were prevalent in Austen’s time. If you’re looking for books like Downton Abbey, Mansfield Park is your first call, without a doubt.

Read More: Enjoy a Literary Day Out at one of the UK’s Best Literary Cities

One of the biggest narrative successes of Downton Abbey was the character of Carson the butler and his relationship to his own position and the other members of the house. And if you’re looking for books like Downton Abbey that capture the complex psychology of a man like Carson, it’s The Remains of the Day by my own favourite author Kazuo Ishiguro.

The Remains of the Day follows the journey of Stevens, a lifelong butler in the service of Lord Darlington, who has recently passed. His new employer, a modern American, encourages Stevens to take a holiday and so Stevens seeks to reconnect with Miss Kenton, a former friend and colleague. Much like how the later seasons of Downton Abbey explored the death of the upper-class way of life, The Remains of the Day does something similar, with Stevens refusing to come to terms with a shifting and changing world. It’s a powerful story written with more sharp wit and wisdom than most other English novels of the 20th century.

Read More: 7 Books and Comics for Fans of Good Omens

An often-underrated novel of its time, North and South is one of those books like Downton Abbey which focusses far more on the working classes and their struggles than it does the gentry. A delightful link between Downton Abbey and North and South is that actor Brendan Coyle, who plays fan-favourite character Mr Bates, portrayed Nicholas Higgins, a similar heart-of-gold working man, in the TV adaptation of North and South. And he’s just as charming in that.

North and South may at first not seem like one of those obvious ‘Downton Abbey books’, but it very much tackles the same themes, explores the same issues, and captures that same period of time. You just have to swap out the stately home for a northern factory town. It’s also a love story that could give Pride and Prejudice a run for its money.

Read More: Here are some of the Best Literary Gifts for Book Lovers

Here’s a modern gothic horror story that will go down as one of the greats of this generation. The Silent Companions was published in 2017 and, while it is a gothic horror, it delves deeper than that. Its protagonists are sharply-defined characters whose relationships and actions very much reflect the same tone and politics seen in Downton Abbey, which is what makes The Silent Companions a surprising but fitting addition to the list of books like Downton Abbey.

First and foremost, The Silent Companions is a gripping, creepy, sinister gothic horror in the vein of Susan Hill’s The Woman in Black. It is set in a run-down stately home known as The Bridge. But what makes it one of the best books like Downton Abbey is its portrayal of protagonist Elsie, a working woman who rose through the British class system, marrying into the wealthy estate of her now-late husband. The book takes enough time to fully explore class divides and the dramas of the gentry while also being a successful gothic horror.

From out of left-field we have a fantastic Korean novel which was recently translated (by our friend Anton Hur) and published in English. While it might come from a place far removed from the upper-class world of Downton Abbey English, it’s very much one of the best modern books like Downton Abbey you’re likely to read.

The Court Dancer tells the story of Yi Jin, a young woman who dances at the court of the emperor of the Joseon Dynasty. When a French diplomat visits on a mission, he is deeply taken by Korean culture and is spellbound by Yi Jin, quickly falling for her and asking both her and the emperor for permission to take her with him to Paris. There, we are granted a voyeuristic peek into gentrified Paris through Yi Jin’s eyes. And we are given a thoughtful story that explores the West’s perception and treatment of Eastern ‘treasures’. A political and thrilling story of love, loyalty, and belonging.

Read More: Review of The Court Dancer by Kyung-sook Shin

One of the all-time greats of classic English literature. Jane Eyre is the most renowned and successful of Charlotte Brontë’s novels, and certainly one of the definitive books like Downton Abbey. If you haven’t yet read Jane Eyre, please don’t wait. Pick it up now and fall in love with it, as we all inevitably do.

The titular Jane Eyre grows up in a cold and unloving household and eventually finds work and a home in the service of Mr Rochester, or rather in the service of his daughter as Jane becomes her governess. From here, the gentle dance between Jane and Rochester is one of romance, drama, subtle political to-and-fro, and all done within a starkly romantic and gothic setting. Never mind books like Downton Abbey, Jane Eyre is of such cultural importance that Downton Abbey wouldn’t exist without it.

Another one of those classic and quintessential Downton Abbey books. Brideshead Revisited is a cherished classic that is unmissable and should be savoured as one of the great books like Downton Abbey.

Brideshead Revisited is, in fact easily the book that most closely resembles the story, setting, and time period of Downton Abbey. Captain Charles Ryder recalls his friendship with the youngest members of the affluent catholic Flyte family: Sebastian and Julia, who grew up at Brideshead Castle. It’s a tale that very closely mirrors Downton Abbey, with the backdrop of war, romance in a stately home, but with the added focus on themes of catholic guilt and suppression. Much like with Downton Abbey, Brideshead Revisited is a book that takes a look at the decline of the upper-class and the rippling effects of religion.

Read More: Try One of These Perfect Literary Holidays in the UK

A classic of translated literature; a celebrated 18th century French novel, and certainly one of the best classic books like Downton Abbey you’ll come across. Scandalous for its time and beloved the world over, Madame Bovary is one of the most exciting ‘Downton Abbey books’ that exists, in France or Britain or anywhere at all.

The titular Madame Bovary, Emma, newly married to a gentleman doctor in the provincial French countryside, is heartbroken to find that this life of high-class luxury isn’t all it’s cracked up to be as boredom quickly sets in. And so, she takes a lover, beginning an exciting rollercoaster ride of emotional betrayal, lies, and scandal. A classic of its time that’s as exciting to read now as it was 150 years ago, and a truly celebrated translated novel that’s one of the most vital books like Downton Abbey for old fans and newcomers alike.

Get the full collection box set of Downton Abbey here! 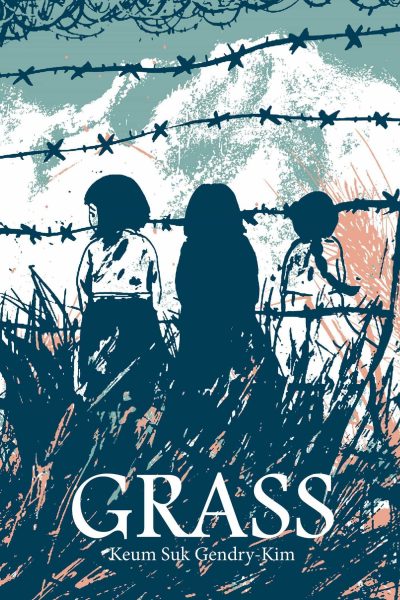 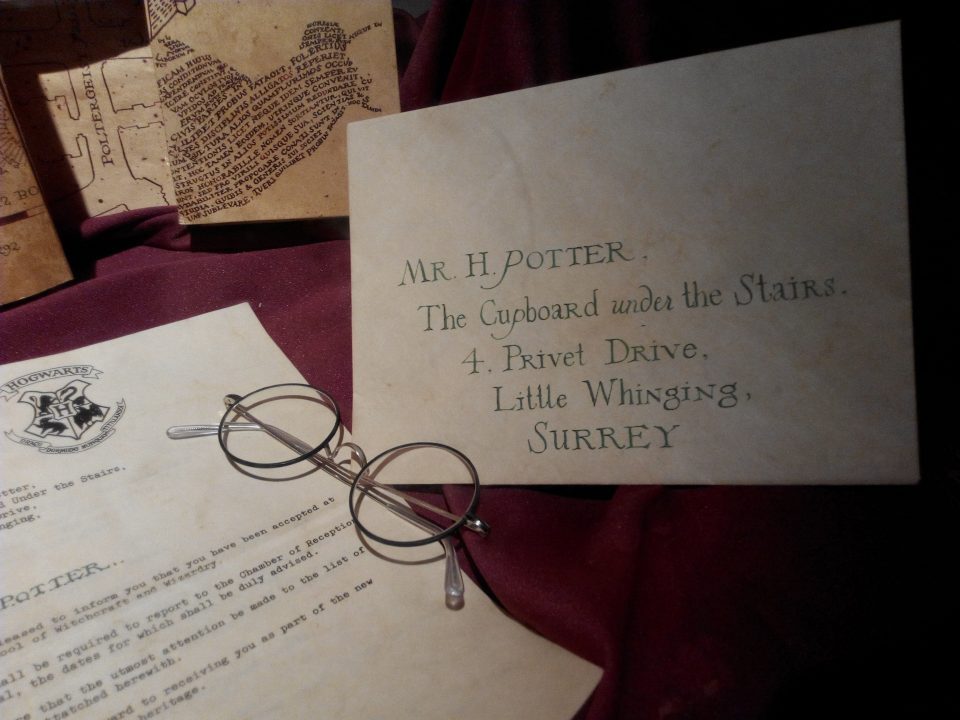 Next
8 Magical Harry Potter Tattoos to Enchant You
Click here to cancel reply.
As an Amazon Associate, we earn from qualifying purchases at no extra cost to you. This post may contain affiliate links that earn us a commission.