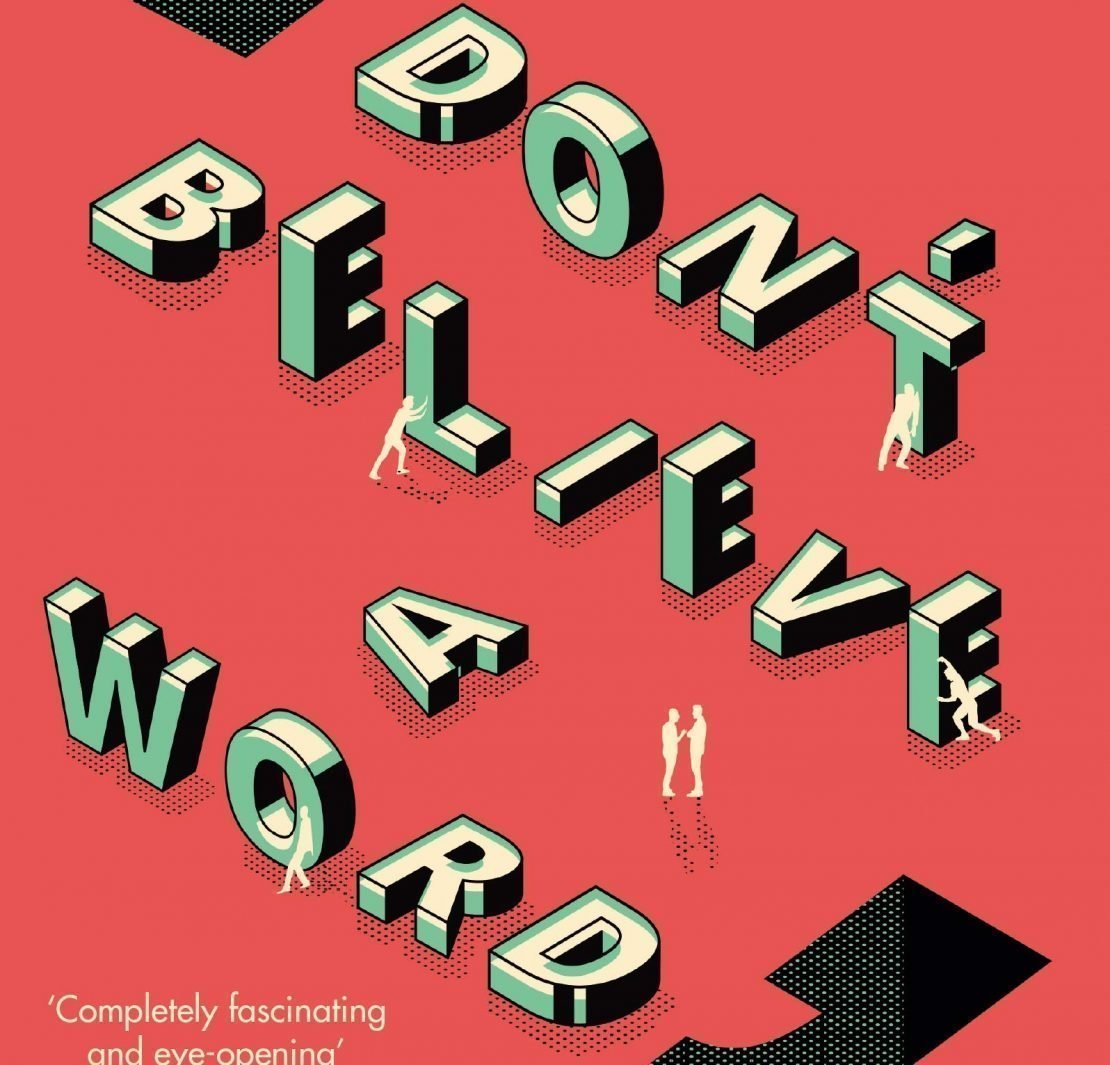 I love linguistics. I’ve studied (though never become fluent in) Japanese, Chinese, Korea, French, and German. I’m one of those people who becomes fascinated with ‘untranslatable’ words, etymology, and the evolution of languages. I love accents, dialects, and how language can be so malleable and ever in flux. I’ve had arguments with people who get sour over clever new slang terms, or the ways in which words fall into and out of popularity. And, suddenly, here lands a book that not only teaches me more of what I’ve always been fascinated by – succinctly and with fervour – but also dispels some of the myths I’ve found myself caught up in, namely the romantic notion of ‘untranslatable’ words and the potential dangers of that line of thinking. Don’t Believe A Word is the book I’ve waited years for, and it’s everything I ever wanted.

David Shariatmadari is a London-based writer who has studied linguistics at both Cambridge and SOAS. He represents both a realistic and optimistic trend in looking at the truth of language, the beauty of its evolution, and debunking unhelpful historical and cultural myths about language. In Don’t Believe A Word, Shariatmadari lays out a series of chapters, each one titled with a tantalising and intriguing myth about language (‘Language is going to the dogs’; ‘You can’t translate this word’; ‘Italian is a language’). Within each of these chapters, he discusses common misunderstandings about both English and other languages across the world, including those that are no longer in use and have gone extinct. There is so much richness and excitement to what we have to learn in this book, it’s enough to make your head spin.

You’ve probably felt, or heard, or even said something along the lines of, “Knowing the truth spoils the magic of it.” This idea that peeling back the curtain or getting to the truth at the heart of something can ruin the mystery or the excitement of a myth. Don’t Believe A Word proves that there is nothing to spoil, only more amazing things to learn. For example, I’ve fallen into that trap of getting excited by ‘untranslatable’ words. As an avid Japanese learner, I have been excited by magical words like tsundoku or komorebi – these mystical terms that so perfectly summarise a feeling or experience that can’t be translated so succinctly into English.

Read More: A Beginner’s Guide to Japanese (for Travel)

In Don’t Believe A Word, we see the other side of the coin: how these feelings do still exist in the minds of those who don’t speak Japanese, but they may take a few extra words to express. And how every language, including English, has words that are more succinct as forms of expression than those of other languages. It’s okay – in fact, it’s exciting – to learn that what you believed was true and magical about language actually isn’t all that mysterious. Because, when you do learn the truth, you find that there’s even more to learn as a result.

The sheer scope of what Shariatmadari covers in Don’t Believe A Word is honestly breathtaking, especially considering how simple, clear, concise, and intimate it all remains. At no point do you feel overwhelmed by jargon or scientific explanation, and yet what you’re learning about here explores the evolution of language between and within cultures, the ways in which babies learn to talk, and real philosophical discussions about language informing meaning and the other way around. There’s enough here to encourage multiple readings, and at no point does doing so feel daunting. Shariatmadari has a friendliness to his writing – an effortless way of communicating that has all the drive and excitement of a teacher waxing lyrical about her favourite novel.

Don’t Believe A Word does a masterful job of easing you into what it’s going to cover, by teasing little facts at you that have you surprised and fascinated and eager to know more. And so it goes: you journey deeper down into this linguistic rabbit hole, Shariatmadari all the while guiding you with confidence and ease of explanation. This book is a true journey into the vast and varied landscape of language. We begin with a quick and sharp debunking of how English is becoming ruined by younger generations through laziness, slang terms, and text speak. One memorable moment is when Shariatmadari points out how many people don’t enjoy the transformation of ‘ask’ into ‘aks’, before immediately explaining that ‘horse’ was once ‘hros’, and that the reworking of a word in this manner is known as metathesis. It has always happened, and it will continue to happen forever.

“Linguistic decline is the cultural equivalent of the boy who cried wolf, except the wolf never turns up.”

Once Shariatmadari has your attention, he doesn’t let go. From here we move into Chapter 2 (A word’s origin is its true meaning) and the discussion of etymology. Shariatmadari uses fantastic examples that make you smile and laugh as you read. He uses the words ‘treacle’ and ‘toilet’ as wonderful examples of how getting to the very origin of a word doesn’t help us understand or change its common usage. The discussion of ‘toilet’ goes on for pages and pages, both explaining how we got from a very distant meaning to what we have today – along the way also explaining why the French eau de toilette exists and seems so strange.

From here the scope of what Shariatmadari has to teach only becomes greater and more impressive. We move, in Chapter 4, into philosophical discussions of consciousness and what separates us from other animals with regards to language. Beyond that to my favourite part of the book: Chapter 5 (You can’t translate this word). Here is discussed, very meatily, such fascinating topics as the words used for colours in different languages (how some languages have more words to differentiate colours than others, and why this is). And, most fascinatingly for me, the use of gender in languages like French, German, and Spanish.

Shariatmadari describes an experiment by cognitive scientist Lera Boroditsky which led to findings that showed how the gender given to an item within a language will encourage speakers of that language to assign the traits of that language to the item itself. An example given is ‘key’ which is a masculine word in German and a feminine one in Spanish. German speakers would describe a key as ‘hard’ or ‘jagged’ while Spanish speakers would say ‘lovely’ or ‘shiny’, proving that language is a means of attaching meaning to a thing. This has such broad cultural implications with regards to how a culture, religion, political party etc can use language, potentially rather effortlessly, to influence our perceptions of certain people and establish things like gender norms within a country or culture. I was, as you can tell, gripped by this chapter and everything it had to teach me.

I could go on relating my experiences with this book for pages, but that would eventually just become a retelling of what I learned whilst reading Don’t Believe A Word. But there really is so much fascinating history, etymology, myth-busting, cultural enlightenment and more to learn from this wonderful book. Its scope is dizzying, its ambitions entirely met, and its impact indescribable. For all of us who become cynical about changes in language, all of us who are entranced by the strength and malleability of language, and all of us who are affected by and who affect language (that is to say, all of us), this book is for you. Don’t Believe A Word will, I sincerely hope, go down as one of the great linguistic tools of this century. And beyond that, it’s a truly and delightfully gripping read.

24 Hours in Higashiyama (A Kyoto Itinerary)