York, sometimes called The City of a Thousand Ghosts, has been touted for decades as the most haunted city in the UK, in Europe, even the entire world.

When you consider that York has a rich history that goes back almost two thousand years, to the time of the Roman Empire, it’s not all that surprising that there’s a haunted vibe possessing the city. If you’re looking for some of the most interesting ghost stories, haunted places, and ghost tours in the UK, haunted York is the city you’re looking for.

The City of a Thousand Ghosts is, unsurprisingly, bustling with supernatural beings. To hear the tales, it’s almost a surprise that the streets aren’t packed with misty, transparent lost souls.

While there are countless York ghost stories to read, hear, and research for yourself, here are three of the coolest and most famous York ghosts.

This is a classic ghost legend in every sense of the word: habits of the living that repeat after death; things that go bump in the night; a grudge that keeps the ghost around when they should be resting.

While his ghost is locally known as The Stick Man, the living man was an 18th century resident of 35 Stonegate. He was a paranoid, curmudgeonly old man with a fear that turned to habit.

The old man was terrified of being burgled in his sleep. And so, to ward off potential intruders into his home, he would whack his stick against the wall every night as the bells of York Minster rang. To this day, the thudding of his stick continues to be heard in the dead of night. Perhaps the ghost doesn’t know he’s dead; perhaps his fear and paranoia lives on; perhaps he is just that stubborn.

In 17th century England, it didn’t take much to be accused of witchcraft. Such was the case for York resident Marmaduke Buckle (excellent name). Buckle was severely disabled in multiple ways and that was enough for accusatory fingers to point in his direction.

After years of isolation in his home on Goodramgate, and too many whispers and accusations, the young man — only eighteen years of age — carved his initials, year of birth, and the current year (1715) on a beam, from which he then hanged himself.

To this day, ghostly sounds abound in the two buildings that were once his house. Bumps and knocks; lights being switched off and doors slamming unexpectedly. His ghost is certainly angry, but seemingly not malevolent.

The Roman Soldiers of the Treasurer’s House

Perhaps York’s most famous ghost story is that of the Roman Soldiers. This is a great example of ghosts that behave more like memories on a loop than conscious, malevolent spirits.

What is now the cellar of the Treasurer’s House was once, many centuries ago a Roman road. These days, visitors to that cellar often report sightings of Roman soldiers dressed in armour and carrying shields (and even leading their horses).

The most famous of these sightings is that of Harry Martindale who, before joining the local police force, worked as an engineer.

One day, while working in the cellar of the Treasurer’s House, he witnessed the Roman Soldiers emerging from the walls in full garb, horses in tow. When he ran upstairs to describe what he’d seen, the curator said to him: “By the look of you, you’ve seen the Romans!”

So, let’s take a look at some of York’s most haunted places.

We’ve already mentioned the York ghost story of the Roman Soldiers who are said to pass through the walls of the cellar like a memory on loop, walking the old Roman road in battle garb. But The Treasurer’s House itself has its own fantastic history.

The tradition and role of Treasurer for York Minster dates back a thousand years, and all that remains of the original treasurer’s house is an external wall. The house as it stands today was built after the role of the treasurer came to an end five hundred years ago.

Over the centuries, The Treasurer’s House passed hands between private owners from Archbishops to York’s Lord Fairfax, and was recently renovated by a modern industrialist who turned the house into the National Trust building we have today.

For a thousand years, a house of some form or other has stood on the spot of 35 Stonegate. The current house has stood since 1482 and is said to occupy dozens of ghosts.

The most famous of which is one we have already mentioned: The Stick Man, who continues to thwack his stick against the wall of the house night after night with the ringing of the cathedral bell.

One such skeptic was a bar manager who refused to listen to the stories until she saw the hauntings for herself. A ghostly presence, the sound of keys rattling, and even an ice-cold hand stroking her spine were enough to change her tune.

With The Golden Fleece being a York hotel as well as a pub, it’s common for guests to have their own ghostly encounters, with one of the most common being a woman who roams the corridors at night.

The Golden Fleece enjoys its label as the most haunted pub in York and leans into it with some creepy aesthetic, as well Halloween events like the telling of ghost stories.

Ye Old Starre Inne is a haunted pub that can be traced back to 1644. Given that the pub’s cellar is far older than that, it’s not surprising that many of its ghosts are said to be found down there.

The cellar was once used as a makeshift hospital during the English Civil War, and many of the pub’s ghosts may originate from there. Not all, however; the pub itself also has its own share of ghostly presences, including the pub’s own Woman in Black.

What makes Ye Old Starre Inne such a unique haunted pub is a pair of black cats that are said to have been sealed inside a pillar that remains in the pub; the ghosts of these cats now roam the bar. Locals have even reportedly brought their dogs into the pub, only for those dogs to bark and growl at the pillar where the cats’ remains are trapped.

Here are some ghostly places to visit, though not strictly haunted, sure to satisfy your urge to see some ghosts.

A gently swinging sign above the door; the sound of power tools through the open first floor window; a colourful display in the window; a room decorated with a miniature stage and a grandfather clock. The York Ghost Merchants is a strange and magical place.

There is one main goal when visiting this strange shop on The Shambles: so select and take home your own model ghost. Made by hand in the upstairs workshop, every single ghost is unique in its colour and pattern. When you enter, one ghost in particular is guaranteed to speak to you. Like them wands in that Harry Potter.

Once you have selected your ghost, it can be photographed on a model street and will then be packaged in an old map of York and a box decorated with fascinating facts and details.

The shop has its own Instagram page and it is remarkable just how well they market themselves and their ghosts. It’s an enchanting place, perfectly curated by clever marketing and wonderful aesthetics.

For one of the most unique things to do in York, find your ghost, or let them find you.

A few doors down from this lovely York bookshop is The Grimoire Bookshop: a charming local bookseller themed around folklore, horror, and the supernatural. Though they sell a great selection of used books from a variety of genres and styles. A visit to The Grimoire Bookshop is certainly one of the most unique things to do in York.

We’ve barely touched on some of York’s most haunted places and the ghosts of York themselves. For more stories of haunted York and its ghosts, as well as potential first-hand ghostly experiences in York, you’ll need to visit the city yourself and take a ghost tour.

Here are three unique York ghost tours to check out when you visit The City of a Thousand Ghosts.

The Original Ghost Walk of York

A team of qualified tour guides take visitors to York on a walk around York’s streets and haunted places. Your guides are Yorkshire history buffs with a passion for the city and its hauntings.

This York ghost tour has been praised for its guides’ storytelling chops, and has even inspired similar ghost tours in haunted cities around the world. Celebrities including Morgan Freeman and Noel Fielding have even taken the tour.

The Ghost Hunt of York

This is a popular York ghost tour that goes on like clockwork every single night of the week. The tour costs £10 for adults and £6.66 (nice touch) for under-eighteens. What we love about this York ghost tour the most is its focus on our favourite York street: The Shambles.

Your guide is a Victorian gentleman dressed in tophat and tails as he reenacts classic York ghost stories with terror and hilarity. While the stories are scary, this ghost tour retains a focus on being family friendly.

The Ghost Trail of York

Meeting outside the grand York Minster cathedral, The Ghost Trail is another York ghost tour that meets, rain or shine, every single night.

Costing only £5 for adults and £2 for children, The York Ghost Trail lasts for a little over an hour and takes visitors around York’s most haunted places. Stories are told and children are always left enthralled by tales of York’s haunted past. 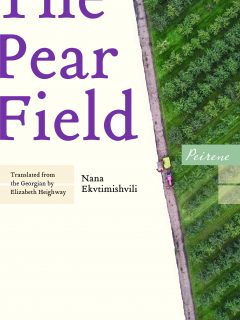 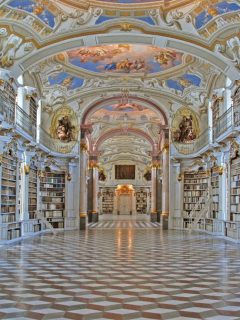 Next
The World’s Top 10 Most Stunning Libraries
Click here to cancel reply.
As an Amazon Associate, we earn from qualifying purchases at no extra cost to you. This post may contain affiliate links that earn us a commission.