Review: If Cats Disappeared from the World

When reaching for a piece of Japanese fiction, be it novel, manga, or anime, there’s a 50% chance that you’ll find a cat on the cover, a cat in the title, a feline protagonist, or a story chock full of cat-related shenanigans. While in the west we proudly label the dog as man’s best friend, in Japan it is undeniably the cat. And so, with his debut novel (originally released in Japanese back in 2012), Genki Kawamura muses over life and its priorities in If Cats Disappeared from the World.

Our narrator – a film-loving, cat-owning, thirty-year-old everyman – is, in the book’s opening chapter, informed that he will soon be killed by a stage IV brain tumour he had no idea was hiding in there.

Upon returning home to his cat Cabbage, he is greeted by a happy Hawaiian-shirted version of himself claiming to be the devil. This devil offers our narrator an extra day of life for each thing in the world he is willing to sacrifice.

Believing at first he could simply choose to vanish a stain here or a rock there, he gladly accepts the devil’s demands, only to then be shocked when the actual honest-to-god capital D Devil proves to be -spoilers- deceptive. The devil is the one to make the demands; our narrator then accepts and lives with the consequences, or doesn’t.

“When I found out, the first thing that occurred to me was that I was only one stamp away from getting a free massage on my loyalty card.”

We know from the title that cats will be one of the devil’s demands, and we can also assume that it won’t be the first, or second, but eventually, it’ll come.

Much of this somewhat reverse-Faustian novel seems predictable from the start. We can see clear as day the choices our mailman will be forced to make, the ethical struggles he must consider, and of course what is ultimately the neon-lit theme of the story: what, in life, is truly important?

This philosophy comes at a perfect time in our cultural zeitgeist. Minimalism is currently a global trend, capitalism is in its late stages and coming under fire from millennials, and young people are favouring travel and freedom over being a homeowner. And so what better time to question what we actually need cluttering up our lives?

It is this that ultimately saves the novel from becoming trite and predictable. We have seen this story of existential dread in similar forms before, from classic films such as It’s a Wonderful Life to even more classic literature like Dickens’ A Christmas Carol.

The concept here is anything but new, but it comes at a time in our cultural story where the question is at everyone’s lips, and so as we read it we feel the very real weight of the protagonist’s choices and decisions.

“Cats and humans have been partners for over ten thousand years. And what you realise when you’ve lived with a cat for a long time is that we may think we own them, but that’s not the way it is. They simply allow us the pleasure of their company.”

If Cats Disappeared from the World is a short book, devourable in an afternoon, and while this does stifle it, giving it little room to slow down and breathe and contemplate the weight of it all, it does add to the stress and anxiety that the protagonist feels.

He has no time to think; each choice grants him an extra day, and most of that day is spent considering his next choice and whether it is worth one more day. A day spent making hard decisions. The dread is palpable and makes for a frustrating (in a good way) read.

The book’s greatest strength comes in the form of the few pockets of breathing room we are afforded. Each new day is a new choice for our protagonist, and here another connection to his past is unveiled.

Through flashbacks and old connections rekindled we see a past relationship breaking down, the death of his mother several years prior, and the ever-stretching stale rift that exists between him and his father. In these moments of excellent human failure and loss we see real depth of character, and so we, along with the protagonist, feel the most alive within the story.

These excellent pockets of life are contrasted by some shaky dialogue back in the present, however. Early in the book when the devil is introduced, we are forced to contend with Kawamura’s baffling choice to make him awkwardly funny, aloof, off-kilter, and whacky. He comes off as The Joker as written by Tommy Wiseau.

The choice of his attire and personality was clearly that of Kawamura, but translator Eric Selland did his best to be faithful to this iteration of the devil by translating some of the most teeth-clenchingly awkward dialogue I’ve ever had to read through. To remember that Selland was responsible for the phenomenal, deft-of-hand, and beautifully poetic translation of Takashi Hiraide’s The Guest Cat (yes, more cats) left me stunned.

Comparing the two leaves me to assume that Selland perhaps did his best to salvage some truly wonky dialogue from Kawamura.

“I’m saying, it was just a cold and I had to drag you all the way back here. That’s hard work, dude, even for a devil!”

On top of this we receive an ex-girlfriend who comes off as unlikeable, and not because she is an ex whose profile is skewed by the protagonist’s narration, but rather because she is entirely indifferent to his imminent death.

Her interest in his wellbeing is non-existent on a basic human level, regardless of their own personal history. As she speaks I cannot help but envision a brick wall with an open-mouthed, blank-eyed stare crudely drawn on in permanent marker.

After every conversation, revelation, and argument, she simply displays no emotion and then fades into the mist. Towards the end, I began to wonder if this girlfriend was not human at all, but was, in fact, a cardboard cut-out which the protagonist feigned arguments with in order to ignore his evident loneliness.

Also, the ramifications for what our narrator chooses to disappear from our world are lacking. For example, the second thing the devil chooses to disappear is ‘films’. All of them. And so, our protagonist is given time to watch one last movie of his choosing before all are disappeared.

He enlists the help of an old friend who has worked at a video rental store for 10+ years, then chooses a film, and subsequently, they are all vanished. But what about this friend’s job? What about the cinema industry? We see no chaos, no newspaper headlines, nothing. Films vanish, he misses them a bit, and we’re on to the next thing.

Of course, this lack of broader attention may be indicative of our protagonist’s selfishness, which we can half-way forgive due to his cancer and recently-developed relationship with Satan.

However, it does only serve to deepen our dislike of the cast of this story. And not in the same way that we love to hate the cast of Wuthering Heights. These are not deeply flawed, cruel, nasty gothic figures. They can be mundane,  and their behaviours left me both unmoved and somehow saddened by the closing of this book.

What we have in its entirety here is a novel of grand themes, executed with greater and greater success as the story progresses. Its flashbacks are endearing and elegant, while its character dialogue is stunted at best and cringe-worthy at worst.

The philosophy played with here is nothing new, but it is sincere and thoughtfully executed. Its faults are plentiful, but it is by no means a bad book. To present and discuss such complex ideas with any degree of dynamism and fun makes it a success,, in my opinion, if a slightly two-dimensional one. 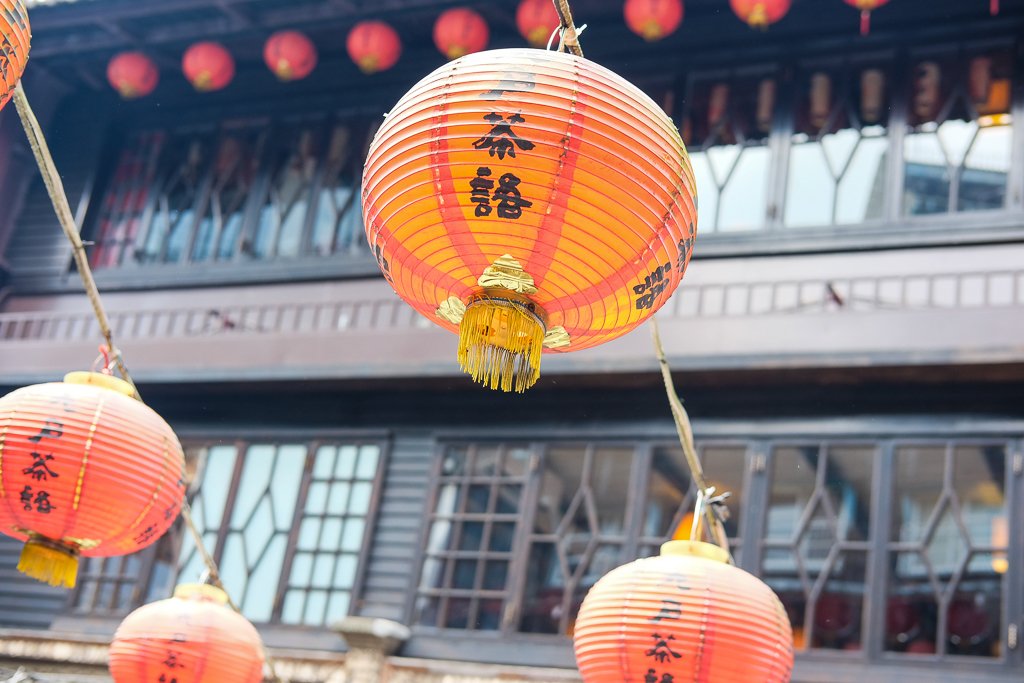 Previous
Video: A Week in Taipei 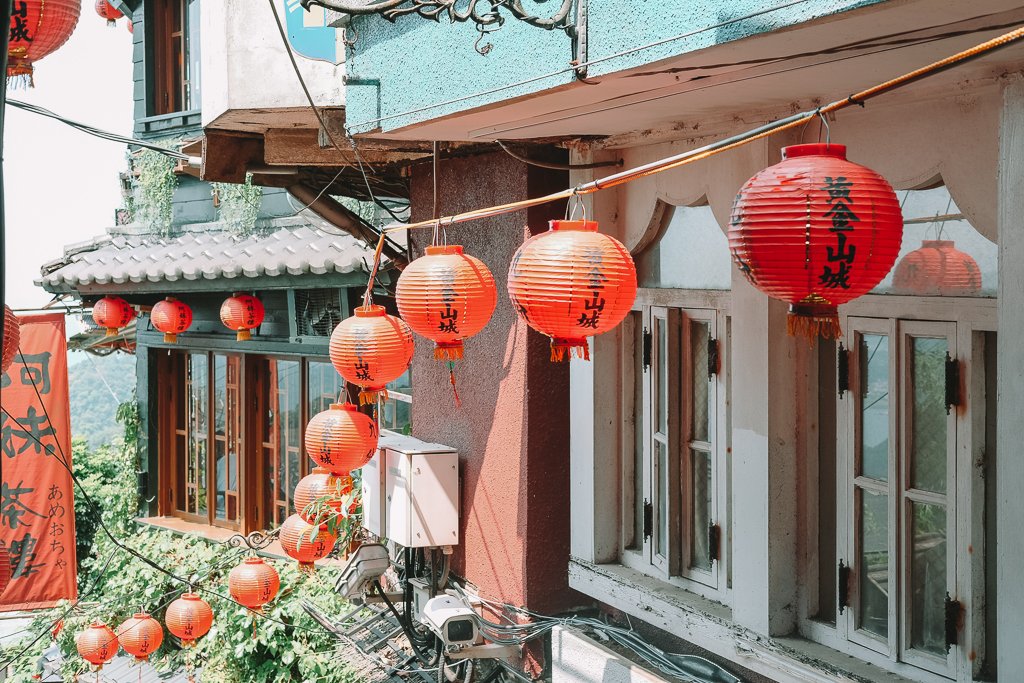 Next
Explore Jiufen and Shifen: Have a Spirited Away Day Trip
Click here to cancel reply.
As an Amazon Associate, we earn from qualifying purchases at no extra cost to you. This post may contain affiliate links that earn us a commission.