Dining in Taipei: The Best Taiwanese Food to Eat

While you can explore the city yourself, try out the incredible Taipei street food that’s a staple of the city, and discover your own favourite local restaurant, a great option is taking a Taipei food tour. If you’re wondering what to eat in Taipei, and you want to try the best Taiwanese food available, in the city, consider taking a food tour.

Wondering What to Eat in Taipei?

Our first food tour was in Osaka, Japan. The experience proved to be the most exciting and detailed way of getting to know the culture of the city quickly, and so we have vowed to include a food tour (or a cooking class like the one we did in Seoul) in every new city we visit.

Our latest stop: the food capital of Asia, Taipei. It goes without saying the food in Taipei is fantastic, with night markets to explore and tiny eateries just waiting to be discovered, it’s a dream stop on the culinary trail. There are even plenty of options for vegetarians which isn’t always easy in Asia.

We were over the moon to have booked a tour with Taipei Eats. Their tours all started when food-obsessed founders Mike Lee and Tina Fong returned to Taiwan (after years living abroad) and rediscovered the culinary masterworks of their homeland. Find out why we loved them, what to eat in Taipei, and some local Taiwanese food spots to visit on your own Taipei trip below. This is how you find the best Taiwanese food around.

They currently offer two tours: the Dadocheng historical tour (which we chose) or the Xinyi tour which explores the backstreets near the more modern area behind the Taipei 101 building.

The Best Taiwanese Food in Taipei

Your guide (ours was the charming and informative Tina) will do all the talking and provide you with the history of not only the food you eat but also the stores you eat at, and even the areas you wander through.

As a passionate foodie, Tina was so knowledgeable about every dish we tried; how the food in Taiwan is prepared, what nutritional properties it has, and what kinds of people typically enjoy it.

Most of the food you’ll sample includes noodles, rice, pork, sauces/spices, and fried things. But the thousand-and-one ways in which these staples of Taiwanese cuisine are prepared and presented will leave your head spinning. The creativity on show in these little backstreets is inspiring, to say the least.

So many of the stores you’ll stop at have stood with doors wide open for generations, many of them having originally opened up to 150 years ago.

The stories of these people are truly fascinating; from the Chinese who migrated to Taiwan and brought their local fish-ball dumplings with them, to the tea shop which originally installed special shutters as a defence against actual pirates in the 19th century.

You’ll also wander through the fascinating DiHua Street in the Dadochaeng area. Constructed in the 1850s, it’s the oldest street in Taipei, and some sections still exist from the rule of the Dutch during the mid-seventeenth century.

It’s an area filled with history, fine Taiwanese foods, and medicine shops which Tina showed us around, filling our heads with fantastic history and trivia. You’ll even visit a local Taoist temple and try some of the delicious tea they offer there.

A highlight of this particular tour was the (optional) sampling of the betel (pronounced like beetle) nut. These are sold by street vendors so inconspicuous the average traveller would take little notice at all. But, thanks to Tina, we stopped and received a history lesson about the details of these fascinating nuts which originated in Southeast Asia and are chewed like tobacco, providing a similar high and buzz of energy.

Nowadays, they are typically consumed one after another by local taxi drivers, but we opted to try some for ourselves. The sensation is very similar to that of trying your first cigarette.

Why take a Taiwanese food tour?

The real selling point of this food tour is a way for tourists and travellers to sample the real Taipei, to eat as the locals eat, to understand what makes up the daily routines and the traditions of so many local people. There’s also no better way to discover and experience the best Taiwanese food.

Wandering through a city or town for a few days, just as a ghost would, can be a very hollow experience, but to sit at the side of the street and sample some fresh noodles and bitter tea as any local does on their way home from work is a truly humbling and enlightening experience.

There really is no other way to truly dig deep into a city’s culture than through its cuisine. We can take all the photos and visit all the museums we like, but if we spend just a single morning sampling the local delicacies lining its quiet backstreets, we are provided with so much.

The best Taiwanese food is rich in history, flavour, tradition, skill, and method. Much of the food is recognisable as Chinese and sometimes Japanese, but Taiwan has made it their own; like a Greatest Hits of East Asian cuisine.

What to Eat in Taipei: Our Top Recommendations

Their soy milk is one of the best in Taipei. You can order it hot or cold, sweet or unsweetened, or savory- with vinegar, dried shrimp peels, cilantro, preserved vegetables, and sesame oil. Also, do not go there without trying the sweet xiao bing- a small, hot, flaky pastry with sugary syrup oozing in the middle.

Be prepared for a long wait, especially in the weekends. Though we find the wait actually gets shorter near closing time around noon. This is absolutely one of the best places to eat in Taipei.

Now a worldwide institution, this is the original Taiwanese restaurant that sparked the obsession. Although there are multiple locations, people agree the original location is still the tastiest. Head there around 11:30 AM if you want to avoid long lines. It’s no secret that Ding Tai Fung represents some of the very best Taiwanese food available.

Make sure you catch one of the local Taiwanese markets for dinner one evening or just for dessert after. For a sit-down meal, we recommend:

Shi Ji Beef Noodles 史記正宗牛肉麵 — We’re still dreaming about the beef noodles of Taiwan, Shi Ji are known for their white broth-based beef noodles. The milky broth is achieved by simmering the broth for hours and hours. If you’re still searching for the best Taiwanese food, this is it. 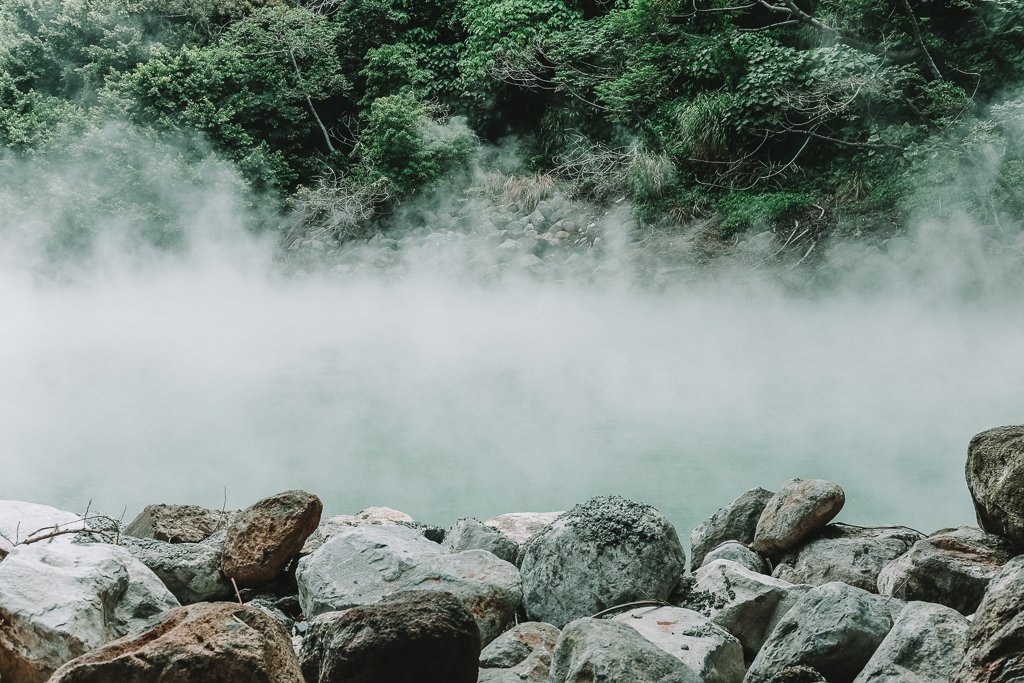 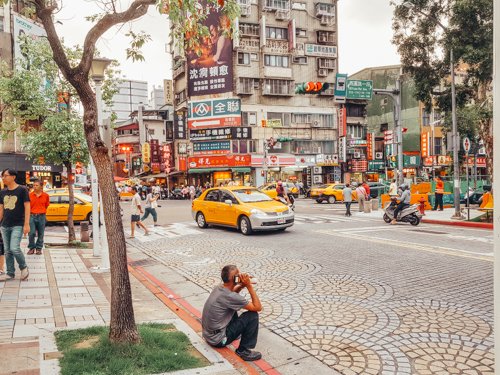 Next
How to Travel Taipei by Bike -- Discover the City's Hidden Secrets
Click here to cancel reply.
As an Amazon Associate, we earn from qualifying purchases at no extra cost to you. This post may contain affiliate links that earn us a commission.