Review: The Yogini by Sangeeta Bandyopadhyay

Fate can mean a variety of things to many different people; depending on your culture, religion, background, your attitude to life or your level of romanticism. Fate, or destiny, has been somewhat simplified and beautified by media and fiction through the Disney filter of the twentieth century.

But here, in The Yogini, it is used to powerful effect to explore the nature of womanhood and the role of the woman – within the family, as a daughter, wife, lover, and as a cog in the societal machine. The Yogini is a uniquely Indian tale with a worldly philosophy. It has the power to unsettle and, as a result, shift a few of the stagnant thoughts from our brains which we take for granted.

Sangeeta Bandyopadhyay has made an incredible name for herself, both in her native India and in translation thanks to Arunava Sinha and Tilted Axis, as a true force of feminism in modern literature. Though her approach is freshly surrealist, it is also entirely grounded, relatable, challenging, and punk.

Her previous novels in English, also published by Tilted Axis – Abandon and Panty – both share the same vigorous distrust for, and aggression against, patriarchal standards, and cultural norms and expectations, which we see here in The Yogini: a novel in which the woman protagonist challenges the rules set out by fate itself.

“My fate stalks me constantly. It wants me all to itself. I ought to belong to it alone. I know I sound like a raving lunatic, but it’s true.”

There’s a lot to extract from The Yogini, and it’s one of those rare novels that’s actually fun to poke at, pull apart, and explore. The experimental, abstract nature of the story invites that kind of reading. But first, what’s it about? Our protagonist, Homi, is a newly married woman approaching her one-year anniversary, and she works as a TV journalist.

The novel opens with a thrilling and terrifying horror scene, as we find Homi trapped on a train, standing in the open air and preparing to jump in a desperate attempt to escape her pursuer. But before she takes the leap, she is stopped by the very thing she is running from: a haggard-looking male stalker.

From here we rewind to before she first encounters the yogi stalker, and then move gradually forward through weeks of pressure, confusion, and trepidation as Homi questions the state of her life. After spying the yogi on a street one night, she soon comes to understand that she is being relentlessly chased by him. He is not threatening her; in fact, eventually she even starts to get used to his presence. Homi becomes convinced that he is a manifestation of fate itself.

Fate, as discussed, can be seen through different eyes as a positive or a negative. At its darkest, fate is a chain shackling each of us to a moving train. It cannot stop, it cannot change direction, and we cannot get off.

In The Yogini, fate is something that Homi both believes in and is frightened by. Though she is married, she is told by a palm reader that she has been fated by birth to love someone else. And while her marriage is already on the rocks, it begins to fall apart completely following this news. Homi, through her belief in fate, is self-destructive.

“What right does a human being actually have over themselves? … When does the state or society get to decide what should be done with my body or mind, and therefore decree what I can or cannot do?”

Look a little deeper, however, and you’ll see a woman who has been chained up by familial and societal expectations. Her husband Lalit, from the beginning, belittles and patronises her. This is a method of moulding someone you love into a shape you’d prefer.

When her marriage falls apart, her mental state understandably goes with it, and her colleagues comment on her depression like it’s a passing phase or something that time, business, and work cannot allow for.

The Yogini demonstrates that marriage, work, societal expectations, and the burdens they all place on us are a powerful force of destruction which we can feel as though we have no control over, because we often don’t – and this is undeniably more true for women across the world. The Yogini is bigger than fate. Fate, in this book, is anything which traps, restricts, bends, and breaks us.

This book demonstrates a masterful and fittingly terrifying experience of a woman who has come to be aware of how she is monitored, judged, poked and prodded into the right kinds of behaviour, relationship, and job. And for all of that, she is met with depression, fear, dread, and exhaustion. There is no reward. And worst of all, she is awake through all of it, helpless and alone. We feel all of this with gut-wrenching clarity and rawness. That’s the strength of Bandyopadhyay’s writing and Sinha’s translation.

The Yogini is not a perfect novel, however. It uses a lot of contrived scenarios to force the plot forward, as things seem to happen as needed in order to get us from A to B. But perhaps this is done on purpose, in order to reinforce the perpetual motif of fate and its exertion of control.

Even so, it is undeniably jarring. Doubling down on this issue, many of the supporting characters – namely Homi’s colleagues and family – are somehow given too much focus and yet also serve no true purpose. Often it feels as though some of them exist because the reader expects them to, rather than to play a specific role; the old ‘Chekhov’s gun’. All of this being said, not a single gripe can detract from the power of this novel. Its themes; its criticisms; its anger. The Yogini’s bite is sharp and dangerous, and the ride it takes you on is an exciting and frightening one.

“Fate isn’t just the big things … Fate is every single footstep. When you wake up and yawn or stretch, that’s fate too. It’s predetermined.”

In case you thought that Sangeeta Bandyopadhyay needed one more show of excellence to cement herself as one of the great feminist writers of today, The Yogini is it. It’s a novel which makes use of creeping, unsettling, surrealist horror to create an atmosphere which reflects the real lives of women today who are shackled by the things they cannot control.

Homi is chased to the edge of madness by a manifestation of fate – a man, no less. She is vulnerable, too afraid to ask for help, for all the good it would do. This is a book of heavy themes presented perfectly through the lens of off-kilter terror and unravelling family drama. The Yogini is powerful; it gets under your skin and it stays there, nailing us to the book’s pages as fate nails Homi to the tracks she can’t derail from.

If you enjoyed this review, check out Tilted Axis Press’ other translated 2019 masterpiece: Tokyo Ueno Station 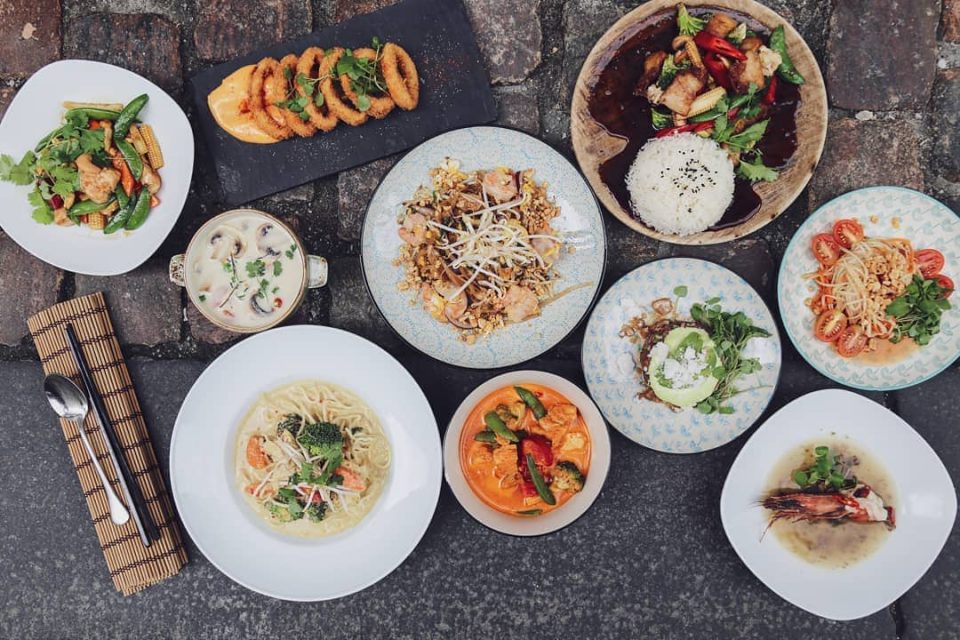 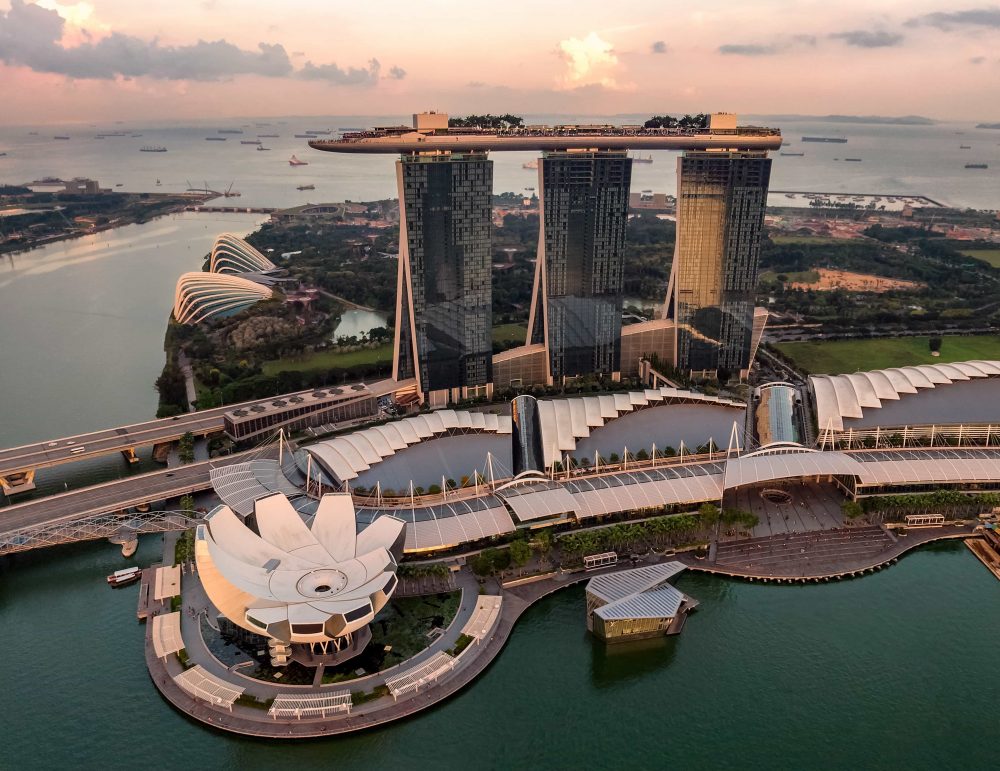 Next
How to Spend One Day in Singapore - A City Guide
Click here to cancel reply.
As an Amazon Associate, we earn from qualifying purchases at no extra cost to you. This post may contain affiliate links that earn us a commission.