Poetry is often considered an art form that is entirely personal – both to the poet herself and to the reader. We bond with poems, project ourselves onto them, feel like we are a part of them. They can also be very hard to penetrate; they can intimidate and confuse us. For some, that confusion comes from a general fear that they can’t understand the poet’s mind. For others, it’s down to simply not relating with a particular poet or poem.

“Is there anything that works that isn’t a machine for killing, or doomed to collapse, or stolen from the sweat of the hungry?”

With Soft Science, Franny Choi has written a collection of carefully-curated themed poems which combines science-fiction with the presentation of queer people, people of colour, and immigrants within modern Western society. Does this make it more or less relatable and penetrable? Well, that’s up to you. As someone who is certainly not deemed part of a minority in the West, I thought I had nothing to personally connect me to these poems. But I was wrong; what I had was my humanity (and a great love of sci-fi). 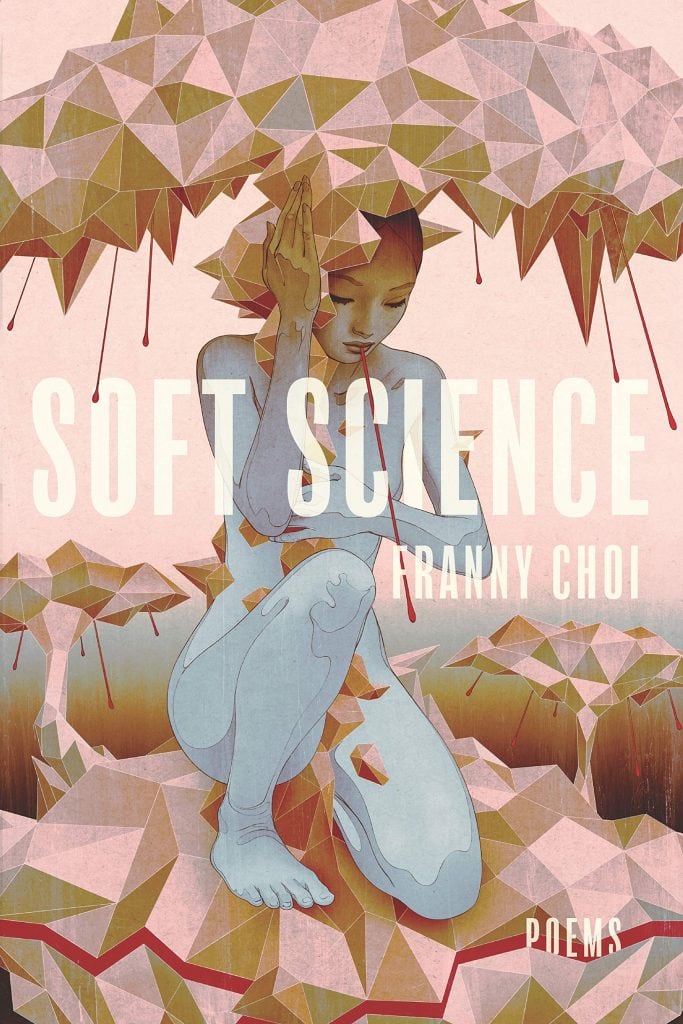 In a recent interview with NPR, Choi herself said, “As someone who is a child of immigrants, as a queer person of colour, we’re always trying to pass the Turing test, always trying to use language in order to convince others that we should be treated as human.” This more-or-less sums up the approach of this collection of poems. What we have here are deeply personal life experiences from the perspective of a queer POC, fed through a filter of science and science-fiction, making them abstract and off-kilter and, at times, fun.

Each poem examines the relationship between people of different colours, genders, and sexualities within the human race, and uses the Blade Runner philosophy of examining what it means to be conscious, to have a soul, to have free thought and conscience – to be human. It asks us – especially white people – to be honest about whether or not we see every human as equal, even today. Is our moral code as fair as we think it is? Speaking only for myself, I certainly hope so. But I’m always trying to be better.

“When they say they saved me from the landfill as if I could rot as if they didn’t make us to last and last.”

Soft Science asks us to consider the sum of our parts: where do we come from, what makes us, how do we classify ourselves, and why is that important or unimportant? Frequently she references the cyborg, often in the first person. Cyborgs being half-human half-machines made up of many disparate parts. They can be modified and enhanced; they are changeable – like the human mind and body. The cyborg, as Choi describes it, may be an immigrant who has lost their culture but also does not fit in where they are now, and so feels like a child of nowhere. It may be a trans person who does not feel accepted nor comfortable in their own skin. Or it may simply be all of us, ever-changing, made up of star stuff.

The sci-fi influence in Choi’s collection goes beyond the themes and topics of the poems but also into their layout and structure. Reading the poems aloud, the reader will find themselves stopping and starting at awkward intervals, using broken and half-constructed sentences that mimic those of a robot on the fritz or a half-finished AI from an old sci-fi film. The effect here is fun, but it also again makes us consider ourselves. The language of an immigrant struggling to communicate, or of a queer person fighting against the pain of pronouns, is all felt and expressed here to great effect. Choi plays with punctuation, spacing, and the blank page in an inventive way that is at once clearly evocative of science fiction but also clearly effective as a contender against the language we take too often for granted.

“Most days, I’m thankful to be seen.”

The collection is also perfectly ordered, with each section being introduced by a Turing Test poem: a discussion between the scientist and the machine. As we go deeper, the machine’s vocabulary becomes more complex, its questions and thoughts more abstract. This growth helps frame the collection as more than just a group of disparate thoughts but also as a narrative – a discourse, even, between us and the machine. Between us and each other.

With all poetry, our mileage may vary. There may be some who could be tempted to cast Soft Science aside because they don’t care for sci-fi or because they don’t feel that they can relate to it. I might be too bold in saying so, but I believe that to be careless. There is a kindness to be learned from these poems. It’s a lesson in empathy, where we must learn to love the other a little more and judge the self with a little more honesty.

We are all human, and we can each of us find ourselves in difficult positions – geographically, culturally, linguistically, sexually. We can all, if we have the courage, be a little more introspective and ask ourselves, as Cylon Six does at the beginning of Battlestar Galactica, are you alive?

If you’re looking to read more queer culture through a unique lens then we recommend My Lesbian Experience With Loneliness by Nagata Kabi or Sergius Seeks Baccus, queer poetry by Norman Erikson Pasaribu.