If there’s one nation with ludicrous potential to shake the world of literature, it’s China. And that world-shaking is slowly coming to pass, with Chinese sci-fi being heralded as the start of a new science fiction golden age and authors like Yan Lianke deserving of the Nobel Prize. With all this being said, any time readers of translated literature are given a new opportunity to enjoy great Chinese literature, what with all the hoops Chinese authors and translators have to jump through to get their works into our hands, they should take it. So now we have one of the most coveted pieces of translated Chinese literature of 2019: Wang Anyi’s Fu Ping, a book that succeeds exactly as much as it fails, depending on your perspective. 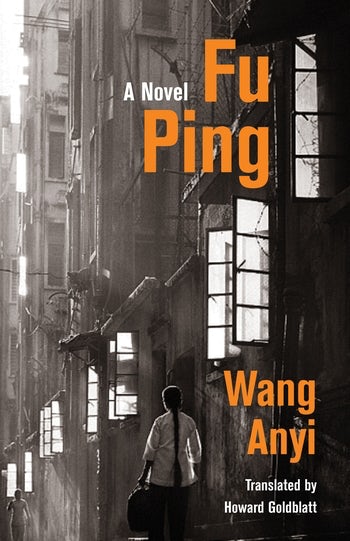 Fu Ping is set in Shanghai, at a moment in time that is neither modern nor ancient, as the Cultural Revolution of Mao Zedong and the Communist Party has forever changed the landscape of China. Beyond World War II, this long moment is the most exciting, chilling, and fascinating era of global history in the 20th century. And yet, Fu Ping is, though not an apolitical story, one that plays its politics a little too safely.

The titular Fu Ping has been brought to Shanghai from the countryside to be wed to the adopted grandson of Nainai, a long-time nanny who also once hailed from the countryside but now works for a wealthy family in the heart of Shanghai’s Puxi District. The nameless Grandson is very much a plot device, and the real focus of the plot is in the characters of Fu Ping and Nainai, as well as the street on which they live and work – which is, in many ways, a character in and of itself.

“It was a street on which all sorts of laboring residents, people who held down a variety of jobs, mingled comfortably to produce a richness that opened up new worlds for Fu Ping.”

Having lived and worked in Shanghai myself, I was energised by the prospect of reading a novel about the streets I know and love; seeing a Shanghai from a little before my time, described with affection and detail by a local author. And I was certainly not disappointed. The Puxi District of Wang Anyi’s novel is very much true to my own experiences, and playfully explores the disparate and complex lives of its vibrant, unusual, brash, and eclectic people. Shanghainese are a tough breed: stoic yet explosive; sombre yet fierce; equal parts funny and frightening. And all of this is painted beautifully across the characters we meet in the district of Shanghai where we spend our time in Fu Ping. This is the book’s saving grace: its setting and its characters.

Many of the book’s chapters each focuses on a character in the district, telling a story which sums up their lot in life and also works to slot them into the larger narrative of Fu Ping. It’s fun to see every home and every life illuminated, and there’s a lot to be learned about work life, school life, and family life in 20th century Shanghai through the lens of Fu Ping – both the book and the character. Fu Ping herself is not our perspective character; not all the time. Though we are often offered her insights into those around her. She observes quietly, learns about her neighbours, grows curious, and all the while becomes increasingly enigmatic to us and those around her.

“Village life seemed never to change, not for generations, and one family was very much like all the others. Not here, where backgrounds were different, where every story was filled with unique twists and turns.”

The set-up of the novel, Fu Ping being brought to Shanghai to marry, is not the story’s true concern. Instead, we spend far more time getting to know Nainai, adoptive grandmother of Fu Ping’s betrothed. Nainai herself is an intriguing woman, born in rural China but having lived for so long in Shanghai as to have developed political biases about what the ‘true Shanghai’ is. She seems to feel a part of the genteel side of life, despite being a nanny, and is often gossiped about by the other women we meet as a result. She brings to mind the character of Stephen in Django Unchained – a slave who stands proudly at the side of his white master, seeing himself as other than what he is. However, while Stephen is a fantastically written and depicted character, there is something lacking in his Fu Ping counterpart.

And this brings me to where the novel fails: its purpose. While painting a colourful and dynamic picture of ground-level Shanghai is a feat in itself, and certainly something to be enjoyed and admired – something that can even educate and enlighten readers – it still lacks drive and purpose, both for its characters and the novel’s own narrative. Fu Ping is a sharp and curious young woman; a quiet observer who becomes entranced by the way that life can be lived in Shanghai. Her dissatisfaction with her lot in life is clear: she has no interest in marriage, and instead desires ‘more’. But what is this ‘more’, exactly? While she is savvy and intriguing, she is also directionless. The same can be said for Nainai, a woman who has adopted and now found a wife for her grandson, and yet we are given no relationship to speak of between Nainai and Grandson. There’s a fragmentation to the plot and its characters which is never reconciled.

“My grandson lacks mettle. He won’t mistreat you, but don’t expect too much of him. You were born to look out for yourself. You and I share a fate.”

My final gripe is in the book’s dishonest depiction of revolution-era Shanghai. There is too much peace and comfort in this story; it lacks the sting and the struggle which all of China felt during this time (and that’s to put it mildly). When you have authors like Yan Lianke potentially risking their lives to write satirical and scathing literary commentary on the state of China, it makes you wonder how much Fu Ping might have been watered down to appease the government. I can’t say for certain, but the feeling is undeniably there.

Fu Ping is a novel of ideas. It has a wonderful setting, intriguing characters, a world that captivates and inspires. It has cinched, snipped, pacey dialogue that keeps the story barrelling along, but to what end? As lost as we feel in the labyrinthine streets of Shanghai, so too do we feel in the plot itself. And while there could be merit to this being the author’s intention, that doesn’t hold up under scrutiny, since too much foundation is laid down for nothing to be built upon it. One of the most enjoyable aspects of the novel, however, is its translation. Howard Goldblatt has done, as he always does, an impeccable job at producing a lyrical, sweet, sharp, and witty translation of the original Chinese here. But it must be said that, while the world of Fu Ping is a charming and lovely one, it is ultimately two-dimensional and directionless. There is a lot in Fu Ping to draw you in, but little to make you stay.

If you enjoyed this review, you might also like to see the incredible potential of Chinese sci-fi in Broken Stars, edited by Ken Liu. 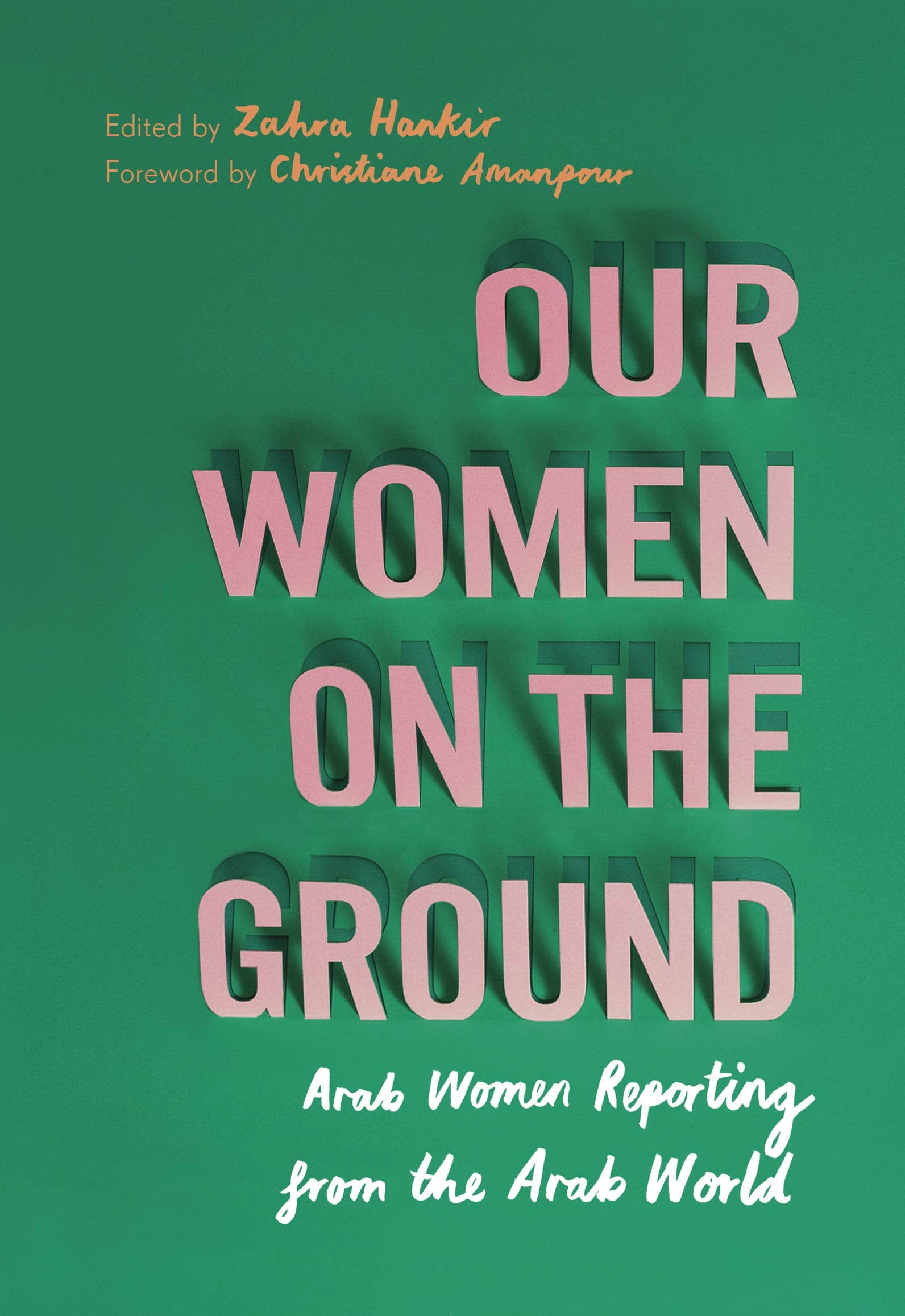 Previous
Review: Our Women on the Ground 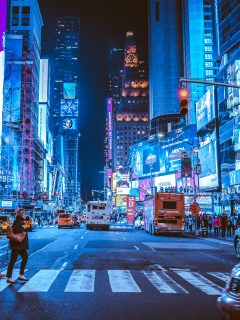 Next
10 Best New York Tattoo Artists (2021)
Click here to cancel reply.
As an Amazon Associate, we earn from qualifying purchases at no extra cost to you. This post may contain affiliate links that earn us a commission.