Review: City of Ash and Red by Hye-Young Pyun

Millennials are often accused of destroying a lot of things, but they have also been attributed to the resurgence of so much lost art, such as vinyl records and pixel-art video games. In literature, one of the greatest writers to receive a second life is Franz Kafka. More and more frequently we are seeing the word ‘Kafkaesque’ being bandied about by critics and on blurbs, and the word has become shorthand for ‘readers are in for a jolly good time with this one’.

So how should we approach a novel that goes beyond the Kafkaesque – a novel that could easily have been written by Kafka himself? We welcome it with open arms. From the writer of The Hole (winner of the Shirley Jackson Award 2017), City of Ash and Red is a phenomenal celebration of all that is dark and wrong, and readers are in for a jolly good dystopian time with this one.

‘Here, problems were solved in a manner unlike anything he had experienced before; this was not a world where morals, order, education, and kindness were the norm, but rather one where plunder, pillage, violence, and garbage ruled.’ 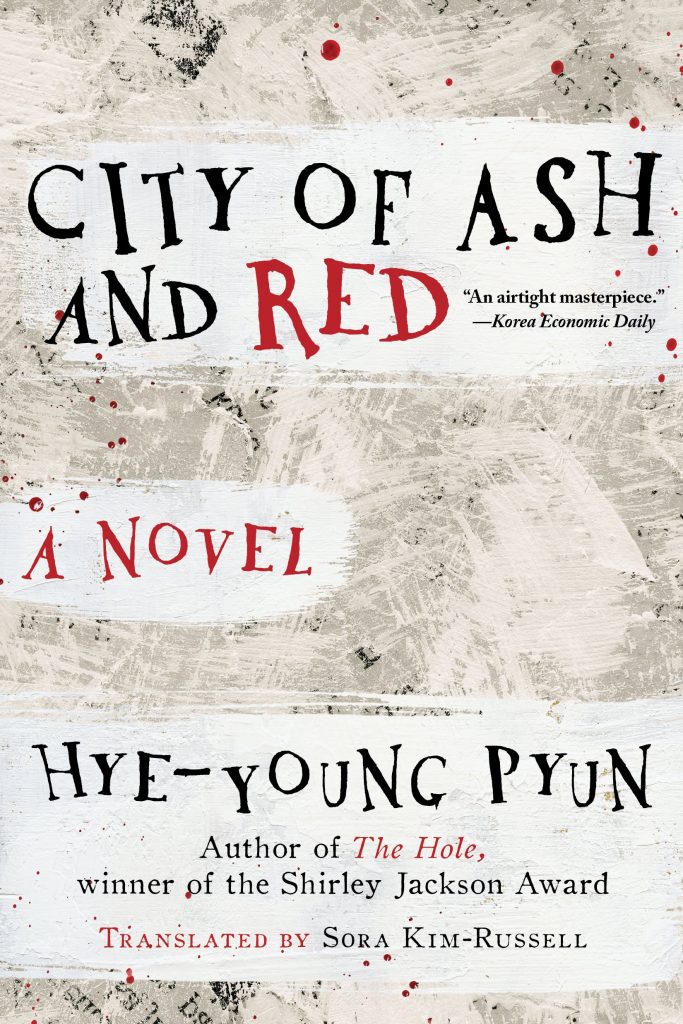 City of Fear and Paranoia

Our nameless protagonist (nameless, perhaps, because his name doesn’t matter, or because it’s up for debate), divorced and working as a rat catcher, he is quickly and inexplicably transferred by his company to a country only referred to as C. Upon arrival he finds the whole country drowning in disease and rubbish, with people being dragged into quarantine, and fear and distrust in the air.

For the duration of his transfer, he has been in contact with someone named Mol, but he soon learns that Mol is not so easy to locate – the name is incredibly common in Country C. This is the first of a hundred problems that our protagonist faces, as he is soon quarantined, released, has his luggage ‘misplaced’, is told not to come into work for ten days, and receives a call from an old friend who had married our protagonist’s ex-wife, only to be told by this friend that their ex-wife was found dead in our hero’s apartment, and he is a prime suspect.

Any fan of Kafka will recognise parallels between this tale and more than one of old Franz’s, with the key link being an overwhelming feeling of confusion, fear, and frustration. Our protagonist seeks answers, but none are to be found. He wants to explain himself, but nobody will listen – nobody, in fact, cares. He wants to gain a firm grip on the facts, to stop his world from spinning and twisting, but the more desperate he becomes, the more life beats and berates him. You might see why, at this point, calling this book merely Kafkaesque is not enough.

‘He would have to come back and see the same guard, and each time he did, he would have to give the same explanation over and over. The guard would tell him his application was still under review, and he would ask the same litany of questions to try to find out how much closer they were to deciding.’

City of Twists and Turns

What makes City of Ash and Red stand apart from those of Kafka, however, is our unreliable narrator. Referred to only as ‘the man’, he appears at first as a witless and frustrated individual who only wishes to understand what is happening to him (he is not even entirely sure how he ended up in Country C to begin with), but through an excellent use of flashbacks, we learn the truth – or what we hope is the truth – of his prior marriage, and his relationship to his old friends. The twists and turns presented here are what elevate this book high above being simply an homage to literature’s cockroach king.

The deftness with which these twists, flashbacks, and disorientating turns are told is truly excellent. Pyun has enough self-confidence in her plotting, and skill in her writing, to deliver a tale that could easily have gotten out of hand. At so many points the story and its hero almost stray so far as to become lost – and frustrate the reader as a result – but are quickly wrangled back in at the last second. The kind of tension that this creates borders on exhausting. And it’s in these moments that we see Pyun’s genius on full display.

‘This despair at knowing he would never make his way back weighed heavily on him. And he grew unhappy at the thought that he might never again run his fingers along the fine grain of ordinary life.’

None of this would work, however, without some of the best translation a writer could receive: Sora Kim-Russell is a credit to her craft. Though it should go without saying that a book should be translated with enough expertise to make the reader question whether it was, in fact, translated at all, this does not mean that praise should not be showered on Kim-Russell for achieving this with so much finesse. As a translator, she is truly indispensable.

Though I don’t have the confidence to go back and count how many times I mentioned Kafka’s name, I know the number is high. But Kafka’s fans are passionate and numerous, and I urge every one of them to devour this book.

And for those unfamiliar with the Kafkaesque, know that if you feel a familiar tug at your heart when you read of a man lost and frightened, even as an adult, wondering how his life became what it is, and why he cannot find help where he expects it to be, know that you will find company in this story and with its readers. Previous
Review: The Lonesome Bodybuilder (Picnic in the Storm) 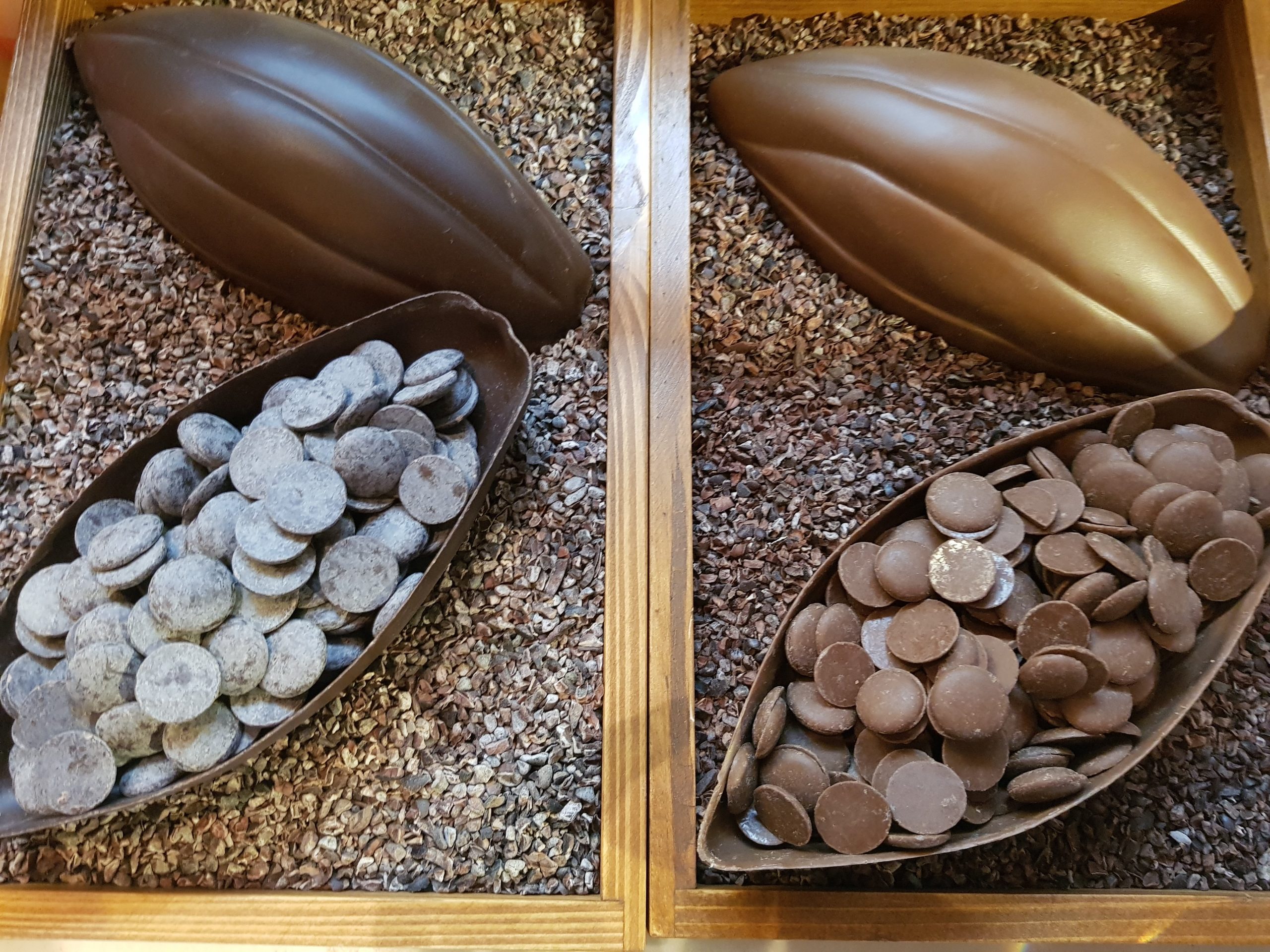 Next
Ruby Chocolate Afternoon Tea at the ANA InterContinental Tokyo
Click here to cancel reply.
As an Amazon Associate, we earn from qualifying purchases at no extra cost to you. This post may contain affiliate links that earn us a commission.