Easy Day Trip to Kamakura, Japan: Things to Do and See

Kamakura is a small, historically-rich, quaint little town that sits an hour south of Tokyo, on the other side of Yokohama. It is one of the most popular day-trip destinations for residents of Tokyo (see our other favourite day trips here) and tourists hoping to see more of the old ‘samurai Japan’ that we often think of when we picture the land of the rising sun.

But what is Kamakura, exactly, and why should you go there?

The rich history of Kamakura can be traced back to 1192, when a local shogun established in the town Japan’s first military government. Beyond that, Kamakura was also once a political capital of Japan (the country has had many, including, most famously, Kyoto and Nara).

Being a stone’s throw away from Yokohama has meant that international trade – mostly with China – has given Kamakura a very unique cultural, religious, and architectural history: Buddhist and Shinto shrines and temples fill the town, and these are what drawn in most of the tourists.

Because of the military history of Kamakura, many samurai famously made their homes and bases there. This has also led to many souvenir stores stocking artifacts and replicas that include swords, knives, and armour.

A Day in Kamakura

If you are situated in Tokyo, the best way to get to Kamakura is via Musashi-Kosugi station to the south west of Tokyo. You can get to this station pretty easily from all the big areas (Shibuya, Shinjuku, Tokyo Station). From here you can take the Yokosuka Line straight through Yokohama to Kamakura. This takes around 40 minutes.

If you’re traveling around Japan, don’t forget your JR Pass. Trains are expensive!

When you arrive at Kamakura Station, there are signs pointing to the different landmarks. For lovers of history who want to see the grandest, impressive aspects of the town, there are two places you need to head to: Kotoku-in, the site of Japan’s second-largest copper Buddha statue, and Tsurugaoka Hachiman-gu, the largest and oldest temple in the town.

The wonderful thing about these locations is that they are each a thirty-minute walk from the station, one to the west and the other to the east, so everything in-between is sight-seeing! You’ll find that cafes, restaurants, and souvenir stores abound in every direction.

The Great Buddha of Kamakura

Kamakura Daibutsu (which is what this title is translated from) is a phenomenal sight: a colossal copper visage of Amitabha Buddha, 11 metres tall and 121 tons in weight.

The statue was constructed in 1252 and has lived through some of Japan’s most tumultuous weather disasters, seen the temple in which it is house destroyed and rebuilt time and again over the centuries.

The temple area itself, Kotoku-in is a small collection of buildings which frame the statue, and entry to this area costs a mere 200 yen per person. Once in, feel free to take photos, smell the incense, and buy some omamori (beautiful good-luck charms which provide safety and luck for work/study/travel).

Kotoku-in can be reached from several different roads, so don’t rush or stress and simply follow your phone, or the signs, or the streams of other tourists making their way there.

Surrounding Kotoku-in are some of the aforementioned gift shops which sell such traditional Japanese trinkets as daruma, replica swords, wooden chopstick sets, and even t-shirts and hats.

Tsurugaoka Hachiman-gu takes its name from the Shinto deity Hachiman, believed to be the guardian god of the samurai class. It was originally built in 1063, prior to the establishment of Kamakura’s famous military government, but the building which stands today was built during the Edo period – in 1828.

The temple’s history is tied very closely to that of Kamakura. When the centre of political power shifted from Kyoto to Kamakura, and the first true samurai class rose to dominant power, Tsurugaoka Hachiman-gu was at the centre of it all.

Today the temple is visited by local people every day; they pray, admire its architecture, and consider its history. It is an unmissable and integral aspect of the appeal and the beauty of Kamakura.

Entry to the temple is free, and there are memorabilia that can be purchased at the top. The whole area has a grand stature and consists of several buildings, pathways, smaller shrines, and a pond. You can easily while away an hour or two strolling around and taking it all in. Of all the temples found in Japan, this is one of the lesser known but – ironically – most historically significant.

Extra Things to Do

If you have extra time or want to extend your trip overnight, here are the best things to do:

Depending on where you go, you might be surprised by the lack of coffee in Tokyo. Harajuku has its share of quaint hipster cafes, but Shinjuku and Shibuya are both sorely lacking (apart from Starbucks, of course). Kamakura, however, is 50% coffee. Circling the station and walking the main streets on your way to one of the two big attractions will uncover a hundred different cafes, most of which have a real European bistro vibe, offering sandwiches and soups that make for a perfect respite as you stroll between the sights.

For a more substantial meal, there is a healthy amount of ramen and tempura on offer in the area. Due to its location near to Yokohama, most of what you find here is food that originally came to Japan from China or Singapore and has since been refined into a Japanese delicacy; the most famous being ramen.

Take a walk north from the station, up the wide avenue that leads to Tsurugaoka Hachiman-gu, and you’ll not find yourself wanting for delicious, authentic, local foods at a good price.

Looking to stay over? Here are our picks for nearby hotels:

If you liked this then you may be interested in our Tokyo guide. Alternatively, if you’re heading down to Kansai, check out this awesome spot in North Kyoto. 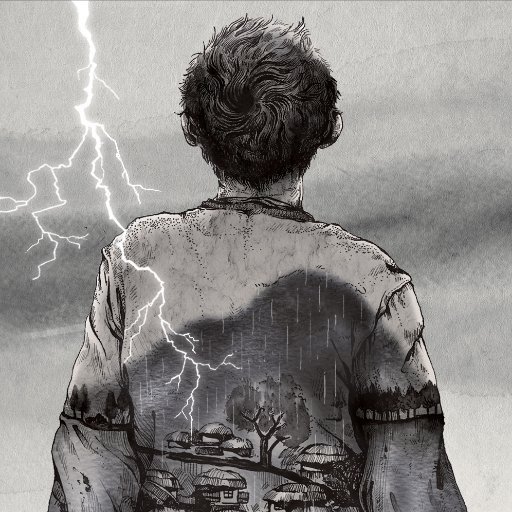 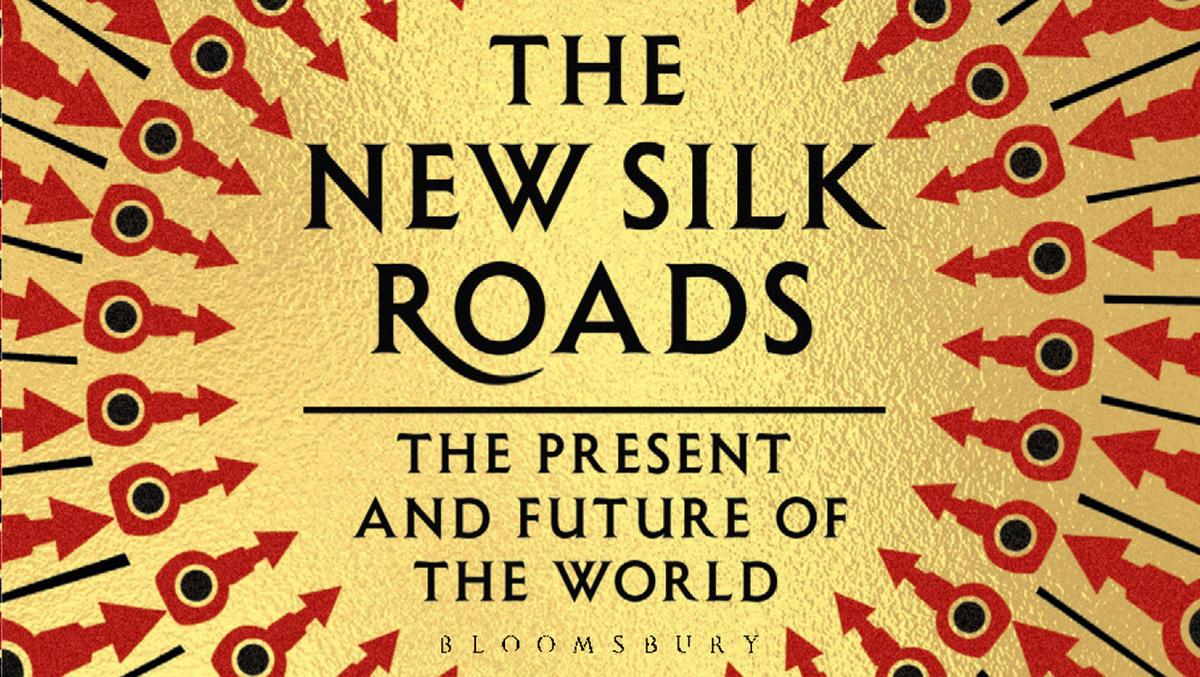 That would be so lovely!! I shall look forward to your pictures and article about it :)

This article breaks my heart because I wish I'd found it sooner! I took a day trip to Kamakura a few years ago, and I did it ALL wrong!! I saw the Daibutsu, which was incredible, but then somehow I managed to get completely turned around and lost!! This was before the days of accessible cell phone GPS, and I ended up lost and bug-bitten in a forest, resorting, out of a desperate need for sustenance, to dining at a Starbucks! By the time I figured out where I'd made the wrong turn, it was too late to visit the temples and shrines that I'd been so excited about. I'll definitely have to go back with better directions! Maybe even take that Enoshima trip too! I deserve a spa day, right?

Oh no, that's so annoying! We actually did this with Kyoto. Will had been before but I hadn't been to any of the touristy things and we totally messed up the trains and had to head back because everything was shut. I honestly think without GPS I wouldn't know where to start anywhere... And you definitely deserve that spa day!

Enjoyed reading about Kamakura and it's fascinating history. The other day I stumbled across an article about this amazing place in Japan and thought about you guys. Have you been to Shirakawa-go and Gokayama villages? Seems like it's a UNESCO world heritage site. I was instantly captivated by it as it looks straight out of historical Japan. I thought about Shusako Endo's Silence and old Japanese Samurai films when I saw and read about this place. Would be fantastic to read your take on this place!

Thank you for your kind comment! Kamakura really surprised us, there was so much more there than we realised and so beautiful! I had no idea about the villages though and I've just had a look and they look absolutely stunning! I can definitely see why you thought of the old samurai films! I've added the are to our list so hopefully, we can go and get lots of pictures for you!

Wow, I learned so much reading this post and am super interested in putting in more time in this area, for when I do plan to go to Japan, the guest house looks exactly like where a tourist wanting to fully experience Japan would want to stay. Great post!