8 Most Effective Ways to Learn Hiragana and Katakana

Learning Japanese presents a unique issue for most students. Unlike learning another language which also relies on the Roman alphabet (French, German, Spanish etc), Japanese requires you to learn the spoken language, as well as three separate alphabets.

How are Hiragana and Katakana Used?

The complex multitude of Chinese characters — each one representing a single word — are also used in Japan, but Japan’s grammar rules do not lend themselves to simply relying on kanji characters. And so, hiragana and katakana are used in tandem with kanji to create full sentences.

To put it simply, katakana is used when writing a word that was originally borrowed from another language (often English), like takushi for taxi or hotteru for hotel.

They’re also used in manga for sound effects. And you’ll find them used on film posters, neon signs (like karaoke bars), and other places as a stylistic choice.

Hiragana is more versatile. It is used with kanji to form full words, or to differentiate verb forms. It is also used as ‘particles’ in sentences when writing in Japanese.

The beauty of learning hiragana is that you can get by just knowing this one alphabet, since anything in Japanese can actually be written using hiragana.

One of the best reasons to learn hiragana is to be able to easily read station names when riding the train, since they’re always written out in kanji and in hiragana in case you don’t know the kanji for that particular station.

7 Unique and Effective Ways to Learn Hiragana and Katakana

So, with the rules and details out of the way, here are some of the best, most effective ways to learn hiragana and katakana quickly and confidently.

This is, hands down, the quickest and most effective way to learn hiragana and katakana clearly and confidently. Hai! is a small company started by a couple who have studied Japanese together and are now based in Tokyo.

As experienced learners, they have approached the design of these mnemonic flashcards with consideration and artistry. The artist Charlotte also does wonderful prints which you can check out on her website.

Hai! Hiragana and Hai! Katakana are two packs of cards, each one containing a cute and colourful piece of artwork which helps the learner memorise a single hiragana or katakana character.

This is a fantastic tool for visual learners, and helps to combine the sound and the appearance of each character, as well as an example of a Japanese word which starts with that character/letter.

As an example, the very first card in Hai! Hiragana is あ/A. You’ll see the あ character written at the bottom and the hand-drawn image of a stormy rain cloud which resembles the character as a way to remember it.

On the back is the Roman letter A and the Japanese word Ame/あめ which means rain. So, there’s your mental link: A = あ = rain cloud = Ame/あめ. The method is addictive and each card so vibrantly and creatively designed as to make the process quick and painless.

Using this mnemonic flash card method to learn hiragana and katakana, you can master one of these two alphabets in a single afternoon. Then, continue to check back, practice writing them, cover up the cards and sound out the characters, until you are confident.

This should take another two or three days. Then, move onto the next pack of cards. Within a week, you’ve fully mastered both hiragana and katakana.

The tactile physical aspect of these packs of flashcards makes it especially engaging and fun to learn, especially if you’re doing so with a friend or partner. Encourage someone to learn along with you and double the fun.

Dr. Moku’s Hiragana & Katakana are two mobile apps available for iOS and Android (they each come separately or you can buy them as a bundle). They work in the exact same way as Hai! Hiragana/Katakana Flash Cards, except they’re on your phone.

Dr. Moku has taken each character in the hiragana and katakana alphabets and prescribed it an image to help you memorise the sound and appearance of that character.

This is a cheap and effective way to learn hiragana and katakana quickly, and the fact that it’s an app means you can have access to it anytime, anywhere.

However, Dr. Moku’s Hiragana & Katakana do offer a cheaper and more portable alternative for the busy Japanese language learner.

Learning plus decorating your home can go hand in hand. These stunning A3 riso prints from Geri Draws Japan mean you can practice as you walk past or from bed. These are a perfect support for anyone already learning hiragana and katakana or if you simply want something beautiful to look at.

If you own a Nintendo Switch and are looking to learn hiragana, Hiragana Pixel Party is a must-play game for you.

This is a kind of endless runner rhythm-based platformer in which your character automatically runs from left to right and you use button prompts to help them leap over obstacles.

The obstacles are labelled with hiragana characters so you must hit the corresponding button in order to successfully help them move forward.

The game introduces the characters one by one, by playing you their corresponding sound and showing it in Roman characters (for example, か = ka or す = su). Then, you have a little bit of time to memorise this before you need to apply what you’ve learned ingame to keep your character alive.

Hiragana Pixel Quest offers just a little bit of stress to encourage players to keep their mind fully engaged and use reactionary button presses as they memorise each hiragana character one-by-one.

The game is also cheap to buy, has a distinct pixel art style, and some catchy chiptune beats to enjoy and encourage your hiragana memorisation.

Kana Quest is an absolutely beautiful new indie video game, currently available on Steam for PC. It’s a sliding tile puzzle game which, in the developers’ own words, is “a cross between dominoes and match-3”.

While the game is designed to teach players both hiragana and katakana, it is also just a fun puzzle game in its own right, combining some truly stellar chiptune melodies with gorgeous pixel art backgrounds that paint a picture of life in Japan.

Seriously, this is one beautiful game with delightful animations and addictive gameplay.

Of course, the main objective to Kana Quest is for you to learn hiragana and katakana, which it does by encouraging memorisation of both alphabets’ characters, one for each tile.

Memorising each new character successfully is the key to beating each level, of which there are more than 300. By the end of this game, without even realising you’ve done so, you will have mastered both the hiragana and katakana alphabets, and had fun along the way.

Making your own flashcards to help you learn hiragana and katakana is key if you don’t want to buy a pack of Hai! Hiragana/Katakana Flash Cards. And Anki is a mobile app which allows you to make infinite flash cards of your own design without having to buy and waste paper or card.

If you prefer to take charge of your own studies, you can use Anki to make your own flashcards by installing a Japanese keyboard on your phone and using it to stamp a single hiragana character on one side of a digital flashcard.

The English equivalent on the back, as well as a handy example of how to use that character.

When you’re done with learning hiragana and katakana, the great thing about Anki is that it can be used in exactly the same way when you’re ready to tackle kanji characters.

Simply stamp the kanji on one side, and then type out the English word and the hiragana spelling on the back, with a full sentence as an example for context.

Make your own mnemonics

Two of the methods for how to learn hiragana and katakana that we’ve mentioned — Hai! and Dr. Moku’s Hiragana & Katakana — have been mnemonic methods, but many people prefer to make their own mnemonics because they might not see what the designer wants them to see in the pre-made flashcards.

The beauty of making your own mnemonics is that you are in full control of your own studies. So, simply look at each hiragana and katakana character and decide what they look look to you, then draw it out on paper or a flash card; whatever helps you memorise the sound of that character.

This is the least interesting method for learning hiragana and katakana. It is, however, the best way for certain people. Our minds are all different, and we all approach learning in different ways.

If the easiest way for you is to simply rote learn the characters and their sounds, then that’s what you need to do.

The best method for this rote method is to have your chosen character in front of you – on paper or on a screen – and then write it out ten or more times, sounding it out loud each time you write it. 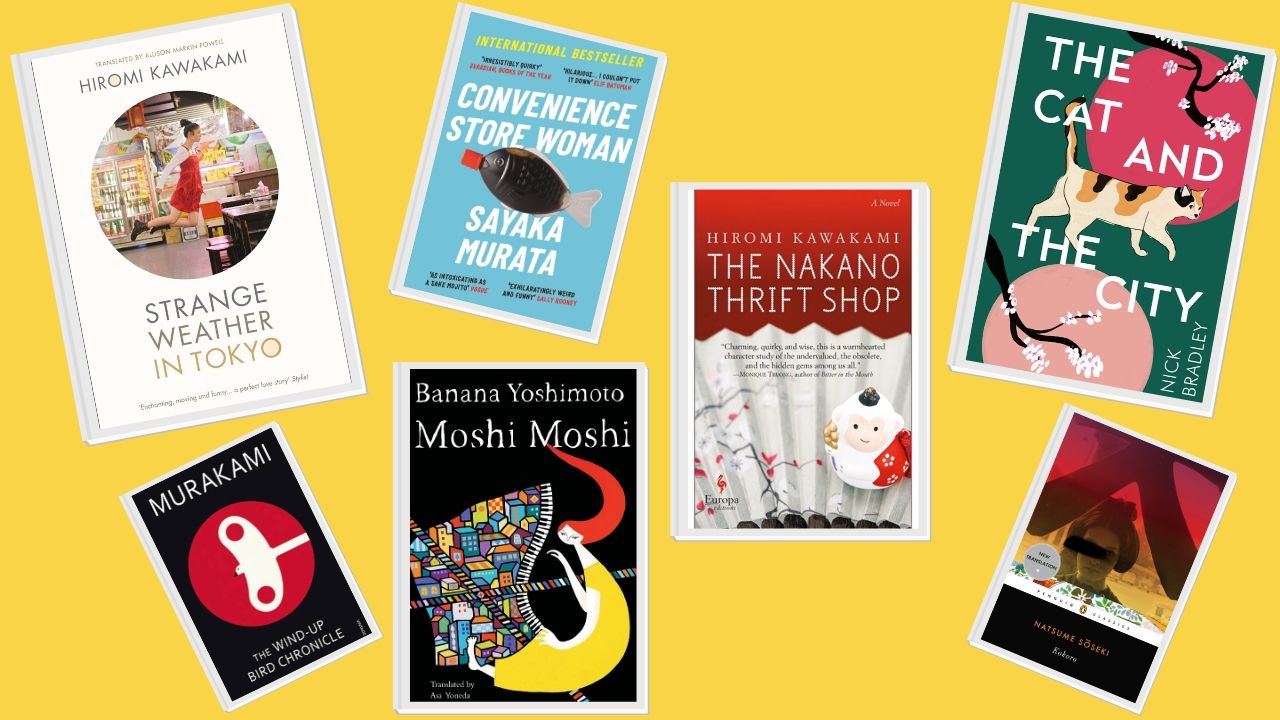 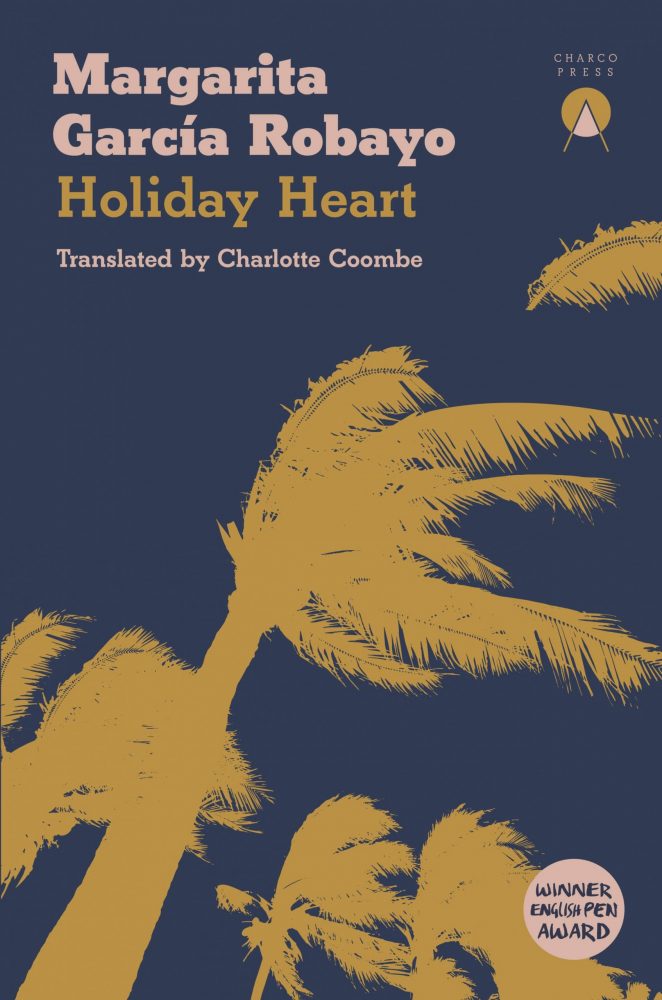 Next
Review: Holiday Heart by Margarita Garcia Robayo
Click here to cancel reply.
As an Amazon Associate, we earn from qualifying purchases at no extra cost to you. This post may contain affiliate links that earn us a commission.