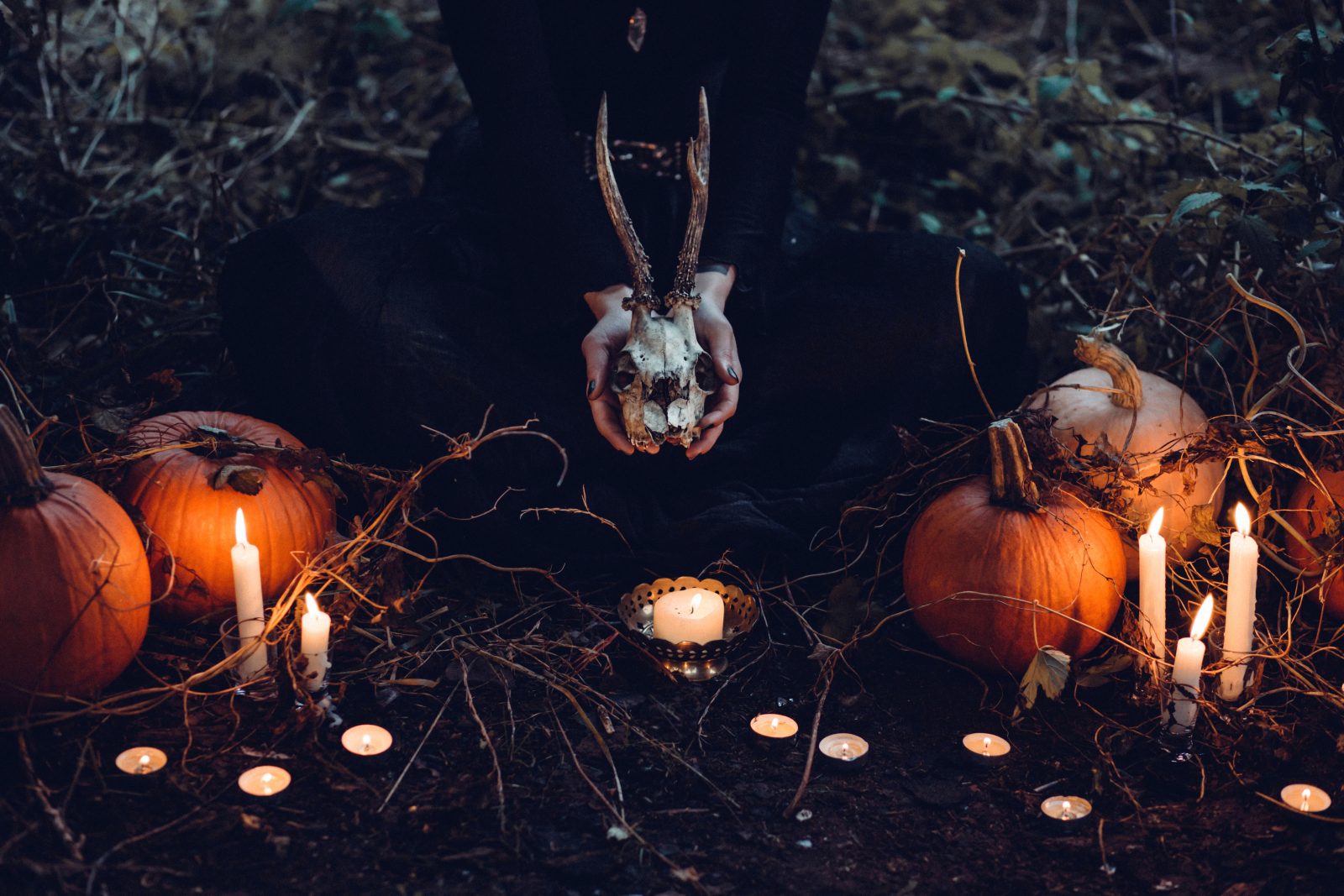 As a reader, I’ve been harbouring an impatient lust for some quality contemporary writing which captures the gothic legacy of Mary Shelley, Emily Brontë, Bram Stoker et al. A few have come along recently and entertained well enough – writers such as Jessie Burton and Sarah Perry – but their hype, in my opinion, far outweighs their substance. But now, emerging from the foothills of Northern Italy and translated with absolute charm by Anne Milano Appel, comes the exact gothic novel I’ve been seeking for so long: A Devil Comes to Town.

“Each time we pick up a pen, we are preparing a ritual for which two candles should always be lit: one white and one black.”

A Devil Comes to Town is a story that juggles so much with near flawless effort: a creeping, campy gothic setting; old-fashioned literary devices; warnings against the sins of greed, avarice, and pride; and the actual literal devil himself. Maybe.

The story begins with a familiar framing device. Like Captain Walton discovering Victor Frankenstein on the ice, and Lockwood visiting Heathcliff at Wuthering Heights, A Devil Comes to Town opens with a novelist poring through manuscripts which have been sent to him by hundreds of budding authors vying for attention until one titled The Devil in the Drawer catches his eye. He begins to read it and is introduced to a man whom he decides, for his own amusement, to call Friedrich.

In his manuscript, Friedrich reveals himself to also work in the world of publishing. During a trip to Switzerland, he meets a priest who warns him against the evils of literature and how it is a lure for the devil himself. Thus begins a story – the book’s main story – narrated by the priest Cornelius himself, about his time living and working in a small village overflowing with obsessive writers, and how this village was, indeed, visited by the devil.

“I’m talking about the devil-made-man, flesh and blood like you and me.”
“How can that be? I mean, a devil registered in the census, complete with name and surname, driver’s license and health-care card.”

So, we have a story within a story within a story – reminiscent, as I said, of Frankenstein and Wuthering Heights, as well as the stage adaptation of The Woman in Black. A fine start to a promising gothic novel which only gets better from there. The village with the invented name of Dichtersruhe (Poet’s Repose) is an idyllic place, the kind with few outsiders and only a handful of family names. Yet, having once, long ago, been visited by Goethe, it is a place of inspired and hopeful writers. Every family has one – whether it’s the butcher, the cobbler, or the postman. And so, what other form would a visiting devil take than that of a publisher in a three-piece suit?

Speak of the Devil and a Publisher Appears

In an increasingly secular world, a parable about the dangers of sinful practices which tempt the devil to your doorstep is not guaranteed to succeed. What makes it work is its assuredness to take devices, themes, and character types that have existed since Matthew Gregory Lewis penned The Monk in the 18th Century and make them masterfully relevant to the modern day.

With a mere hundred pages to play with, Maurensig provides us with three narrators, injects each of them with personality, and writes a story which manages to grow from an eerie beginning to a frightful and bombastic conclusion. The enigmatic village location – a place frozen in time with no mention of contemporary shopping, coffee, and traffic – paired with personalities and behaviours that are as archaic as the devil himself, inform a story that is literally and metaphorically timeless.

“Was evil transmutable? Was it contagious? What was the use of pursuing good when it could be convulsed by a simple scratch or a trickle of foam at the mouth?”

The central message of the story is one that is hinted at and only grows in presence and volume as the threat of the devil grows: that ignoring one’s family, friends, and responsibilities for the sake of a potential and probably fleeting chance at fame and fortune leads to corruption and collapse. It’s a warning to all the YouTubers, Twitch streamers, and wannabe Instagram influencers of today that the life you have may be better than the toxic life you seek. But rather than tell a story about a bustling city of Instagrammers, Maurensig has made an allegory out of a nowhere town of insatiable writers seeking validation and success. While it may not be an on-the-nose metaphor, it makes for a far more entertaining and gripping gothic novel.

What is at once a dark and foreboding warning about the dangers of chasing success – whatever the cost – also proves to be a captivating, quickly-paced gothic novel that plays on its influences to great success. Maurensig proves, with only a hundred pages, that there is boundless potential left in a literary craft that hasn’t been at the height of popularity for more than a hundred years. Here is a brand new gothic novel that could almost sit proudly amongst history’s finest.

If you like this then you might enjoy City of Ash and Red by Hye Young Pyun.

How to Work from Home Efficiently (11 Tips + Tricks)

4 Ways to Start Learning A New Language from Home

8 Books That Will Make You Fall In Love With Rome