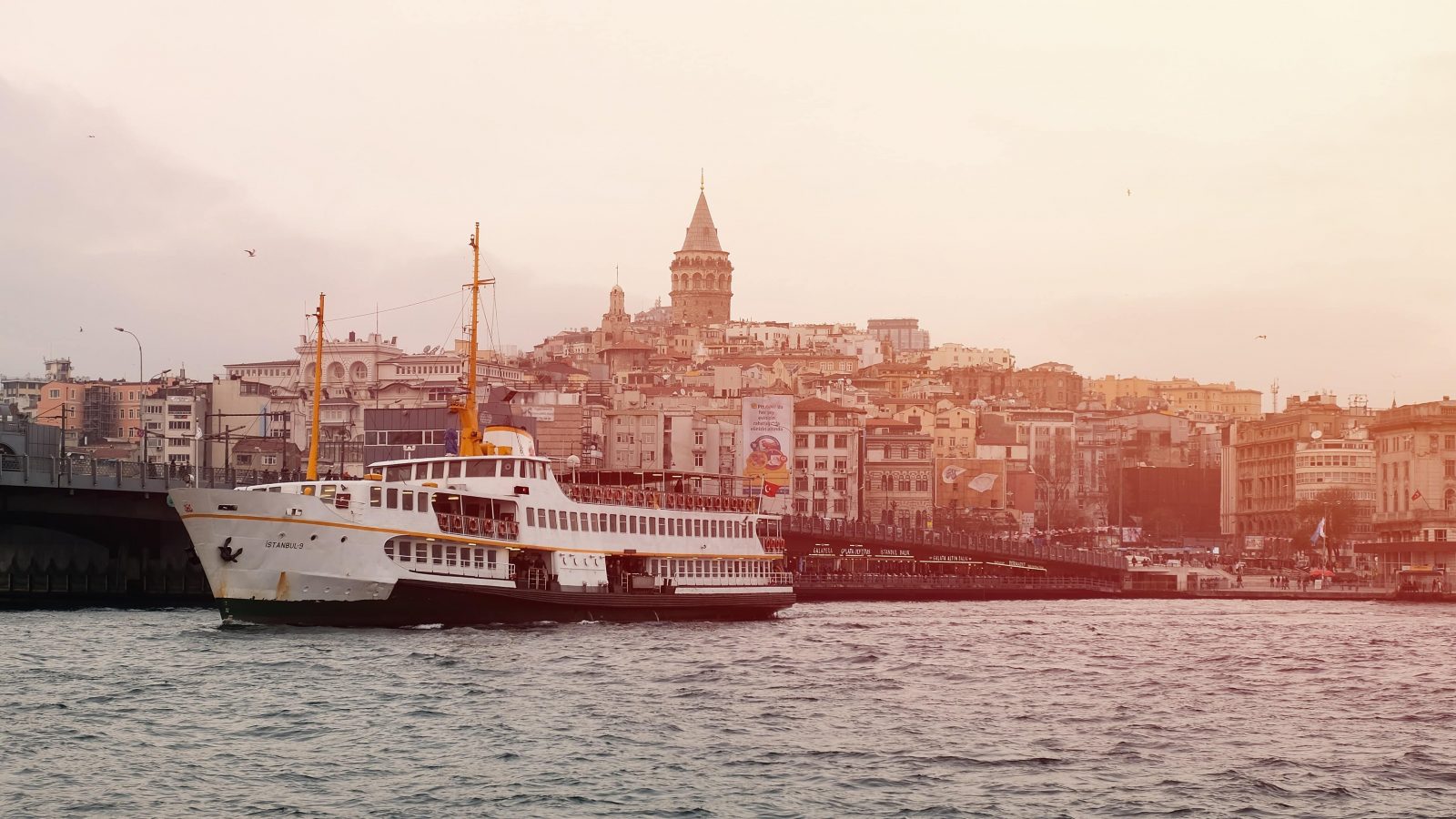 Istanbul and Mexico City are worlds apart. 11,424 km of sprawling land and sea separate two antipodal cultures and culinary histories. In May I flew from one world to the next. By the Bosporus and in Mexico’s colourful alleyways I found in both street life a shared, universal penchant for human connection and food.

On the Asian bank of Istanbul, the neighbourhoods of Kadikoy and Moda are full of buzzing energy and youth. The populous city is flanked by the Bosporus strait connecting the Marmara Sea to the Black Sea, and the Mediterranean Sea is a stone’s throw away. These waters have divided peoples throughout the hiccups of time but have also brought them together. The waterfront of Istanbul becomes an integral part of the scenery and daily life. From business trades to leisurely commutes, the waters are a terrain where business world and the quotidian coexist.

Life brims around the banks as fishing is a common routine and pastime for many. It brings together a small community of amateurs and professionals, curious onlookers and passive passers-by. A catch is always a great spectacle to behold and lures a cheering audience encircling the flopping sea creature. Strolling along the Besiktas coastline towards the handsome and chic Bebek neighbourhood I could sit down for hours on end observing the fishermen’s long and tranquil wait or celebrating in the frenzy of a catch. Across the Bosphorus, taking a walk through the Moda Sahil Park is another beautiful spot where I enjoyed the fishing scenery, and savouring the freshest of fish. It also calls for an inevitable stop at one of the numerous shady tea houses overlooking the sea strip to sip a dark çay (tea) in traditional glass cups.

From the frothy Bosphorus waves to the warm Pacific Ocean, here in Mexico one of my little pleasures was to amble through local fruit markets. Once I stumbled upon an open-air cantina. As I was eyeing the guacamole, and simmering mole sauces a woman grabbed a pink plastic stool, and tapping on the seat motioned to come sit down for a bite. Pointing at various foods I ordered my share in the midst of a wild hubbub. My new eating partners made me taste their chicken tacos drenched with none-descript sauces and topped with chicharron chips (fried pork belly). A detail that intrigued me was the plastic film lacing our plates: a technique, I was told, used to avoid washing every single used plate. No comment.

The cheerful atmosphere, the vibrant colours and smells: everything was incredibly energizing. A quick look around: I could spot a maid, a group of giggling friends, men in business attire, elderly people, children in prams…Be it Istanbul’s fish markets or Mexico City’s local fruit mercados in gridlocked alleys, these nucleus of life and noise are true magnets for all trades and routines. People from all stripes and colours flock to markets to eat, gossip, deal and mingle.

At nightime life seems to surge and people pour out into the streets. By the fish market in Kadikoy a delicious mezze dinner at Yanyali Fehmi Lokantasi restaurant is a must. Menus are ever-changing, but you are in for a treat – trust the chef. Plumb aubergine stuffed with kebap meat, köfte meat balls, and for vegan options stews, broths, sarmas wrapped vine leaves with a filling of rice, onion and spices and the mouth-watering list trails on… After gorging myself with all these Turkish specialties I mechanically head to the docks.

Sunsets are the trigger for passers-by to sit by the docks, peel and nimble hundreds of sunflower seeds, snack on mussels sold on the go, gossip or partake in dances, listen to guitar players basked by the incessant ferries’ to-and-fros and droning engines. Gazing at the glimmering waters is the cherry on the cake when in Istanbul – the sea has this inescapable pull and every meal seems start or finish with an iodine fix. For the sweet-tooth at night you get unfettered access to sweets, loukoums and honey combed, pistachio sprinkled baklavas. Be it in Istiklal Avenue or Kadikoy’s buzzing streets you can find your sugary pick late into the night. Mind you at midnight patisseries are jam-packed.

On the other side of the Atlantic, near Parque Mexico, one highlight of the night is ordering your tacos at Por Siempre Vegana Taqueria. The ultimate snack before a cool mezcal cocktail, festive salsa party or a stroll in the park. Hovering around the brightly lit food van, I joined a handful of people standing or sitting on the pavements munching their dripping tacos and sipping a cool beer or soda.

Bakeries abound in Istanbul’s districts. Coming from the French bread-loving culture, I felt very at home. You catch a whiff of baking dough and follow its lead until you stumble upon the floury hands of a baker cutting slices of pide. I have to admit the best pide bread I tasted was in the historical village of Cavusin in Anatolia, Cappadocia. Lodged at the foothills of the grottoes and troglodyte church this wee café was a gem. Pide is one of many Turkish bread types like lahmacun that can be stuffed with vegetables and meats – my second favourite bread after the simit street bread. I ventured inside the small café and saw my order coming straight out from the oven, steaming hot, peppered with minced meat and golden melted cheese.

From wheat-based baking I found myself in a corn-dominated culture championed by the Mexican staple: tortillas. They call for a whole ritual. A pastime of mine was to stop by a street taquerilla and ogle. Ogle at the droning machines spitting out tortillas in a row, and the baker piling them one by one at lightning speed as them tumbled from the belt. A hypnotizing choreography. A few streets away from the zocalo (main square) in Puebla, a beautiful colonial town a two hours’ drive from Mexico, I sat in a stuffy Pepsi-sponsored street taquerilla where I held my first blue tacos like it was the Holy Grail.

Marie is a  French self-taught filmmaker and photographer with an international background in journalism and advertising. Constantly on the fly she likes to think of herself as being a person that is all eyes and legs. Travelling to scavenge stories that speak to her adventurous spirit.

Read more on how food connects us:

One of our favourite books for connecting food and cultures across borders is You and I Eat the Same: On the Countless Ways Food and Cooking Connect Us to One Another. An informative celebration from MAD Dispatches on the common history behind the food we eat and the similarities and values we share across borders.

Review: The Cat and the City by Nick Bradley