Franz Kafka never knew fame or even real recognition in his lifetime, but his legacy has grown through the decades since his death. It seems that more and more books published this century have been inspired by his themes, his dark comedic tone, his philosophies, and even his bleak characters and settings. This is certainly proof of the state of the working world, and what late-stage capitalism, bureaucracy, and political corruption is doing to our exhausted modern society – soon to be, as Kafka all but predicted, a withered husk. The Factory, by Japanese author Hiroko Oyamada, goes beyond the Kafkaesque and reads more as an ode to Kafka himself. It feels, at times, like it could even be the novel he never wrote. And, in true Kafka fashion, it feels incomplete.

The Factory follows three protagonists who all work at an unspecified factory in Japan. The factory seems to make and distribute all manner of things and consumables, and its mass spans miles and miles. A character remarks how the factory “really has it all, doesn’t it? Apartment complexes, supermarkets, a bowling alley, karaoke … It’s like a real town. It is. Much bigger than your average town, really … We’ve got our own shrine, with a priest and everything. All we’re missing now is a graveyard.” And so, the factory has successfully become an inescapable place where humans live and work. Soon enough, they will die and be buried there. No longer can they separate home from work. No longer can they escape work. Work provides everything for them. The metaphor here is clear; it’s clever, it’s frightening, it’s Kafkaesque. But it also doesn’t really lead anywhere.

It’s clear from almost the beginning that The Factory exists as a Kafkaesque allegory for the inescapability of modern work life, especially in Japan where suicide rates are high and death by overwork (karoshi) is common. And there are many moments dotted across this very short novel which hit like beestings. They’re sharp, harsh, upsetting – they act as wakeup calls to this awful reality of ours. But they’re not consistent, and that’s one of the reasons that this book ultimately comes up short. It’s a book of grand ideas and a vital message about the enveloping, devouring world of ultimately pointless drone work, but it doesn’t seem to have any greater message for us than that. It seems, when The Factory is at its most frail, that it is simply saying: Work is like a prison, isn’t it? Life’s too short to spend all day working! What’s the point of it all? We’re all just robots; slaves to the system! But that’s all; nothing more. And the thing is that we all already know this. We all feel it. But so what? What, exactly, is the larger point here? There doesn’t seem to be one.

All of this is not to say that The Factory isn’t worth reading. In fact, I had a great time reading it. It certainly delivered much of the same bleak humour and societal commentary that Kafka himself invented. But simply emulating Kafka isn’t enough. This book, in sticking so close to its inspiration, devises nothing new to say. Oyamada is not being a Kafka for the 21st Century, which she absolutely could be, but rather someone who wants us all to see how relevant Kafka still is. And that’s true, but we can still read Kafka.

“I couldn’t see the end of the bridge, ahead or behind me. How far had I come? How long had I been walking? Looking over the side, there was nothing but water. Is this the ocean?”

That being said, there is one new spin that Oyamada makes, and it’s through the best of the three protagonists: Furufue. This young man (or, at least, he’s young at the beginning) is a tragicomic character who ends up, quite inexplicably, working at the factory straight out of college – in fact it seems that he is yanked out and volunteered up to the factory. His job is to coat the factory’s rooves in moss, being a bryologist (student of moss) as he is. This greening of the rooves is not supervised. Furufue has no team, no boss, nobody to help him. He stipulates that he is unqualifies and cannot do it alone – we’ve already established that the factory is more a city than a single workplace. And yet, his employer is not bothered. He has a laissez faire attitude about the whole thing, explaining that Furufue does not need to rush, will be paid a very fair monthly salary, and should approach the job as he sees fit. Furufue has no real method, no drive, no endgame except to finish greening the rooves – an impossible solo task.

The metaphor here is obvious and is executed quite flawlessly. Before he knows it, Furufue will be an old man with nothing to show for his career: a career he did not even ask for and does not fully understand. And yet he will have been paid a very good wage for it, thanks to his respectable college degree and the misunderstanding that he is any kind of expert in his field. If this isn’t peak salaryman culture, I don’t know what is.

Aside from Furufue, however, the other two characters are relatively underutilised. Ushiyama is a young woman who has flitted between jobs before arriving at the factory. She is directionless, antsy, and flighty. And yet she is given a job thanks to that same laissez faire attitude that got Furufue to his odd position. The supervisor who deals with both of these protagonists – Goto – is the embodiment of Japan’s poor productivity. Japan is famous for this, in fact. Despite excruciating and maddeningly long work hours that destroy personal and family lives, productivity in Japan is painfully low because nobody has time to sleep, relax, and recharge. Goto and the factory itself demonstrate that. The factory is a flytrap for its workers, and Goto encourages no productivity whatsoever. Ushiyama, however, goes nowhere as a character. Her defining moment is in a monologue that, in many ways, epitomises the themes at play in the book:

“In the morning, I could barely wake up. I wasn’t ready for work … My head wasn’t in it. Even if it wasn’t, so what? My job couldn’t be any simpler … Everything feels so disconnected. Me and my work, me and the factory, me and society … What am I doing here? I’ve been living on this planet for more than twenty years, and I still … can’t do anything that a machine can’t do better.”

The Factory exists as a curious bridge between the Kafkaesque and something new. It pays great homage to Kafka, is largely successful in its efforts, and it almost has something new to say about our current, abominable situation. But not quite. The setting of this book is fantastic. It’s creepy, unsettling, unnerving in all the right ways. But it is populated by characters who are mostly ill-defined, bar one. It might have worked better as a short story with the focus entirely on Furufue. But as it exists here, The Factory feels like a poorly connected book with some fantastic ideas that don’t quite fuse together coherently.

Oyamada certainly understands Kafka, and she certainly has big and bold things to say about the toxicity of Japanese salaryman culture. But it almost feels as though she doesn’t quite find the courage to say everything she wants to say. The Factory may lead to a future magnum opus that exposes the withered heart at the centre of corporate culture but, as a work in its own right, The Factory is a fun read with some wonderful, if only half-baked, ideas.

If you enjoyed this review, you would love Convenience Store Woman by Sayaka Murata (Tr. Ginny Tapley Takemori) 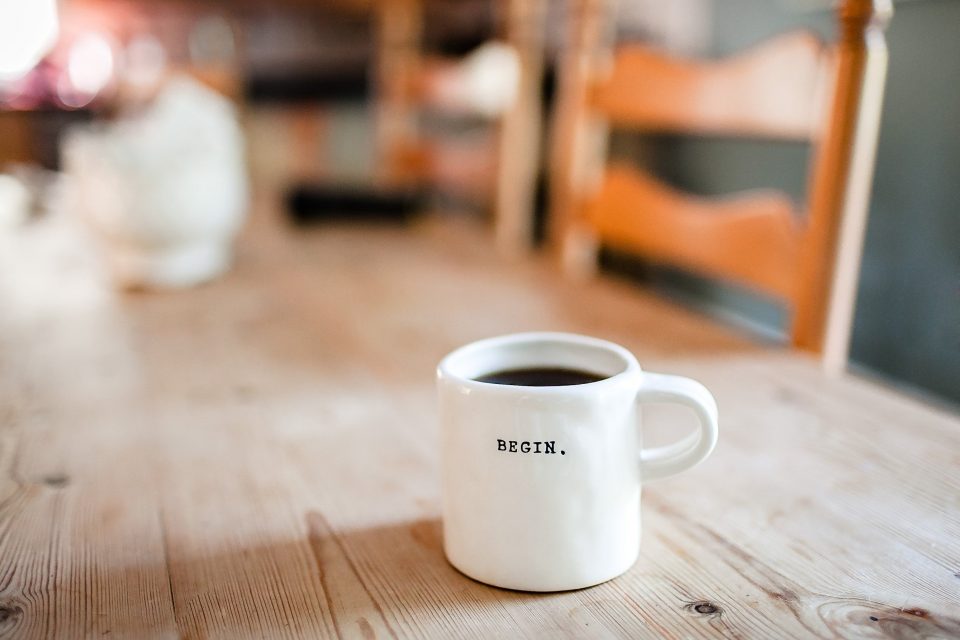 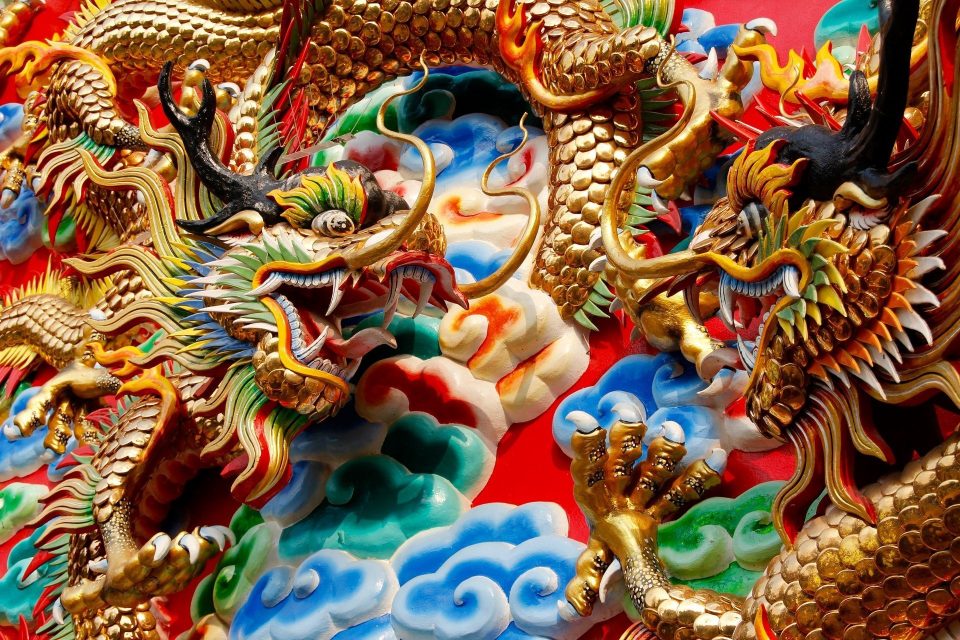 Next
7 Best Bangkok Tattoo Studios & Artists
Click here to cancel reply.
As an Amazon Associate, we earn from qualifying purchases at no extra cost to you. This post may contain affiliate links that earn us a commission.