Review: The Cat and the City by Nick Bradley

Nick Bradley’s Tokyo is an enormous and vivid tapestry, with each thread revealing the life of a person who has lived and worked there, who has shed tears and blood for Tokyo, who struggled through their darkest days and celebrated their greatest victories in Japan’s great metropolis.

The Cat and the City offers us its hand and, if we dare to take it, we are led like Alice through this wonderland of a concrete jungle.

Along the way we will ride in taxis along neon-soaked streets, sit in okonomiyaki joints listening to the ramblings of drunken old men, and sing karaoke with young lovebirds.

Tokyo opens its heart to us in this collection of cleverly interwoven stories, and what we find when we venture inside is so much joy, misery, pain, beauty, everything. Everything.

The Cat and the City

It could be argued that The Cat and the City is a short story collection; to a point, each story can stand alone as a self-isolated tale with a single protagonist and a life event. But the links between these tales strengthen as the pages turn.

Get a few stories deep and you’ll find a minor character from earlier in the book stand centre stage in their own story, and a major protagonist from earlier passing by in a later story like a cold breeze – here for a moment and then gone again.

And while their appearance may be brief, it is vital. This is the book’s greatest strength: Bradley’s ability to choreograph the lives of these seemingly disconnected people in order to make them dance together so beautifully. All in service to a love letter he has written to the city of Tokyo and its people.

That’s what The Cat and the City is: a declaration of love and admiration for the countless individuals who, through doing their jobs, laughing together, and suffering alone, form this captivating and unique city.

In The Cat and the City, Nick Bradley – a debut author – has managed to carefully carve out the lives and personalities of an impressively diverse and large cast of characters.

And while there may be more than a handful to get to know, not only in name but also their job, family, personal relationships, history, and more besides, doing so is almost effortless.

Bradley’s characters are so well defined, so densely packed with character. They stand tall, clearly seen and intimately known, guaranteeing that the reader at no point gets two characters mixed up or forgets that one exists.

They all stay with you from beginning to end, meaning that, when one appears in another’s story, it is impactful and exciting.

You can’t help but wonder how these threads will tangle; how these characters are about to alter one another’s narratives (most of all, the titular calico cat).

You begin to see the city as a complex machine operated by fate. And while fate knows what she’s doing, she is also a trickster. She can be cruel and cocky, and she certainly has a sense of humour.

As for who these characters are, it’s impossible to cover all of them here. But there is one character worth discussing in particular, and he is the only one who never actually takes any shape or form in the book. His name is Nishi Furuni, and in life he was a science fiction writer.

His life and his stories have a direct impact on so many of our characters here. His one son is an early protagonist in the book: a man who found his own success, but who has since fallen on hard times.

His other son is an honest working man whose job allows him to thread himself between so many of these other stories. Meanwhile, Furuni’s sci-fi stories help to create narratives and events for other characters, such as my personal favourite character in The Cat and the City: Flo.

Read more: Books for Lovers of Japan and Cats

Flo, the protagonist of the story Chinese Characters, is an American translator. Flo pops up for a single moment during an earlier story, as a taxi driver (another key character) drops off a Japanese passenger to meet with her American friend from Portland OR.

This passenger sends Flo an email during her story, moments after Flo survives a hilarious face-to-face exchange with her colleague, Kyoko (one of the two protagonists from a sweet short tale earlier in the book, and who also briefly takes a ride in our taxi driver’s cab before then popping up as a supporting character in her little brother’s story near the end).

These individual tales are so wonderfully intertwined, working like stitches to unite, fuse together, and bring to life this Frankenstein’s monster of a city.

What’s even more impressive than how they intertwine is how these characters, as I’ve already mentioned, are so sharply and vividly written that they remain crisp and clear enough in the reader’s mind as to be so easily recalled later in the book, even after we spend only the most fleeting of moments with them in someone else’s story. This happens time and again, and is a truly heartwarming feature of this lovingly written novel.

Bradley has a seriously sharp knack for quick and clear characterisation. After only a few moments spent with someone in The Cat and the City, we know them so intimately; they become eerily but comfortably familiar. We understand their fears and their dreams. These people are relatable and good and bad and wonderful.

The sharpness and variety of Bradley’s writing doesn’t only extend to his characters, however. It is also in his stories. By the time you finish the book, you will have journeyed down so many streets and learned so much of Tokyo’s culture: its food, art, etiquette, traditions; the work culture, the social rules, the thoughts and feelings of people from every background.

The stories of these salarymen, artists, writers, translators, photographers, taxi drivers, and more are so richly detailed and exciting.

There is even one story that exists as a piece of fiction within this fictional world, and another that’s a comic book written by a young and sweet character towards the end of the book. The Cat and the City never stops feeling fresh, never ceases to surprise and impress.

The book’s pacing and tone is not perfect, however. The first story, short, featuring an uncomfortable tattoo artist and an awkwardly edgy teenage girl, works well enough as a kind of framing device but starts the book off on the wrong foot.

This is followed up by the story of a once respected rakugoka who fell hard to drink and is now homeless and obscure. It’s sweet and warm but overly long and poorly paced.

I can’t say if Bradley wrote these stories chronologically but you certainly get the sense that he did, and that he grew more self-assured as he went. It took until the third story for me to click with this book but, once I did, I wasn’t only hooked.

I was entranced, mesmerised; as in love with a book as one can possibly be. And falling even deeper in love with the city of Tokyo than I already was before I began this journey through Bradley’s novel.

It would have been easy for me to write a 1000 word review of any one story found in The Cat and the City, so rich and detailed are these tales and their protagonists.

Tokyo comes to life in this book in a way rarely seen in literature, and it does so through the fully realised and vibrantly coloured characters Bradley has created here.

And yet, even considering just how rich and varied these characters and their stories are, what impresses most is how these tales interweave, how they play and dance with one another.

The city feels alive because of how Bradley brings to life so many of its moving parts, and manages to have them in motion all at once. He creates a dizzying maelstrom of life, and somehow manages to maintain a sense of clarity from start to end. This is a masterpiece of plotting, planning, observation, and creation. 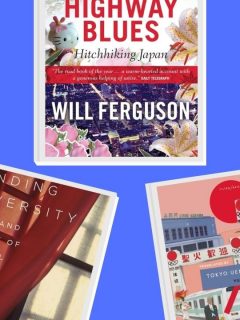 Previous
13 Essential Books to Read Before You Visit Japan 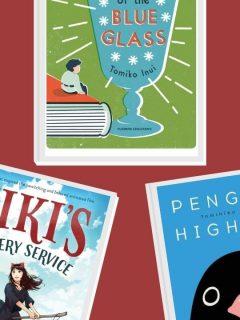 Next
7 Wonderful Japanese Children’s Books in Translation
Click here to cancel reply.
As an Amazon Associate, we earn from qualifying purchases at no extra cost to you. This post may contain affiliate links that earn us a commission.