Review: Tales from the Cafe by Toshikazu Kawaguchi

Toshikazu Kawaguchi’s original Before the Coffee Gets Cold, an adaptation of his own stage play, was one of the best-selling novels of 2019. A sweet, goofy, novel with heart to spare.

We called it “unapologetically awkward and campy, but it is full of soul, presented through clever world building and unfolding of its characters and relationships. A truly memorable and captivating reading experience.”

Now, in 2020, we get Tales from the Cafe, a follow-up to that sweet and sorrowful Japanese novel.

Tales from the Cafe

Before the Coffee Gets Cold was a collection of four interwoven stories, all set in a single Tokyo cafe. In this unassuming cafe there exists an unassuming table and chair, in which sits the not-so-unassuming ghost of a woman.

Once a day, she will leave her seat and visit the bathroom. In that short window, a customer may choose to take her seat and use it to travel back in time; there, they can remain until the coffee gets cold.

Tales from the Cafe follows this exact same conceit, even down to the same four-act structure. The concept of a cafe corner which sends people back in time is a bottomless well of narrative ideas, and Kawaguchi does a wonderful job of continuing to plunge its depths.

Tales from the Cafe is exactly as sweet, as strong, as playful, sorrowful, touching, and awkward as Before the Coffee Gets Cold was.

In this follow-up novel, we return to the cafe and those who work there. We follow closely the life of Kazu, the cafe waitress with the sole power of sending customers back in time as she pours their coffee.

Each story focuses on a customer who is looking for something. They have a sob story, something they’re searching for or an end to an unfinished narrative. But Kazu is always there, and her own story is gently told as the acts flow into one another.

Just as in the first novel, customers visit the cafe now and again, having heard the rumours of the time-travel chair.

The first — and strongest — story in the book follows Gotaro, a man whose best friend died decades back. After his death, Gotaro raised the daughter he left behind.

Now, that daughter is getting married. She has no memory of her real dad and doesn’t even know that Gotaro isn’t her father. Gotaro’s guilt has reached breaking point, and he wants to record a message from his dead friend for her to watch on her wedding day.

This first story, The Best Friend, has all the makings of a real tearjerker, with Gotaro being a sweet, sensitive soul who only wants what he believes to be best for his daughter. And, despite having raised her well, has never felt like he ever was what’s best for her.

In this story, like in the first act of the original novel, we’re being introduced to the cafe’s workers as background noise. But, from here, they become far more central to the story.

So, Tales from the Cafe is more of the same, to a point. It continues to ask the question: what kind of person would want to travel back in time for a handful of minutes, and why?

It’s an engaging premise, and just as delightfully, if awkwardly, executed as it was in the original. But Kawaguchi isn’t content with just telling more mystery-of-the-week tales.

In order to build on his own world, Kawaguchi begins to add layers to Kazu as a character. He also, smartly, shines a light on the ghostly woman who occupies the seat and spends all day reading her novel.

In the first book, we learn that she is cursed to sit there because, when she went back in time to meet her dead husband, she let her coffee get cold.

In Tales from the Cafe, we learn a little more about who she is, or was. I remember initially wondering if she was actually reading her novel. And, if so, what novel is it?

Does she ever get bored of re-reading it? In a very satisfying and sweet way, Kawaguchi addresses that point this time around, while also letting us into the ghost’s world in a way that is just as touching as every other story he has written.

Tales from the Cafe toes a very gentle line, and it does so superbly. It offers us more of what we enjoyed from the first novel, while also building the world of the cafe.

The book even includes a character map at the beginning, to help us remember who is connected to whom and how. Our cast of lovable characters is growing, as is the cafe itself.

In the book’s third story, it is revealed that the chair has the power to send people forward in time, as well as back. But this power is almost never utilised by customers due to the constricting rules of time travel.

This smartly adds a new angle for a self-contained story, while also expanding on the world-building of the cafe. But it doesn’t push the envelope too much as to ruin the delicate tone and atmosphere that Kawaguchi has so carefully crafted across these cafe stories.

What has remained from the first novel is its same twee and awkward setup and atmosphere. The rules for time travel are silly; the ghost woman is absurd (though nicely fleshed-out this time); the awkward story conceits are strained and difficult to digest.

But these novels, quite honestly, wouldn’t be the same without them. This campy, twee, hyperbolic k-drama tone helps to alleviate some of the sorrow that many cafe tales often leave lingering when they’re over.

When I read the original Before the Coffee Gets Cold, I felt that the book was great in spite of its twee and silly rules and conceits.

Now, at last, I feel like this campy awkwardness is what makes these books as engaging as they are. Like a sitcom that blends comedy and tragedy, these books stitch campy strangeness perfectly with bittersweet tales of loss and regret.

Tales from the Cafe is the perfect follow-up to Before the Coffee Gets Cold. It offers us more time-travel stories fuelled by memory and guilt and loss. It builds on the rules and world-building established in the original, without ever stepping on its own toes.

It gives us more of the characters we like, while introducing a few more to keep things interesting.

This book gives us just enough of something new while staying true to what made the original such a roaring success. There is heart and love and sweetness to spare. Kawaguchi is a special kind of storyteller.

Buy a copy of Tales from the Cafe here! 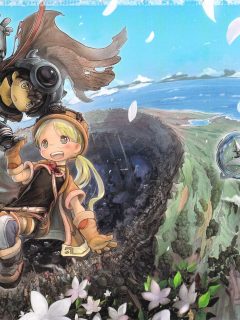 Previous
Is The Made in Abyss Manga Worth Reading? 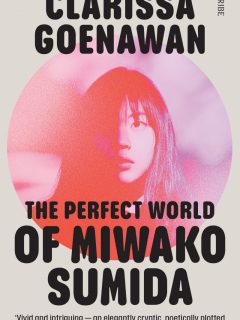 Next
Review: The Perfect World of Miwako Sumida by Clarissa Goenawan
Click here to cancel reply.
As an Amazon Associate, we earn from qualifying purchases at no extra cost to you. This post may contain affiliate links that earn us a commission.