Most established authors become known for their tropes, be they genre, theme, character type, or writing style. For Murakami, his tropes are his events. Read enough of his works (whilst listening to a few old jazz records) and the lines between them start to blur. You may come to ask yourself, which flashback to pre-war Japan happened in this book; was it Manchuria or Nanjing? Or, how many male protagonists have had wives and mothers that have vanished; is it three or four? Talking cats, a strange hole in the ground, prophetic dreams, references to Kafka and Fitzgerald. I could go on, but the point is clear: Murakami has his favourite tropes, and they are all bizarre. 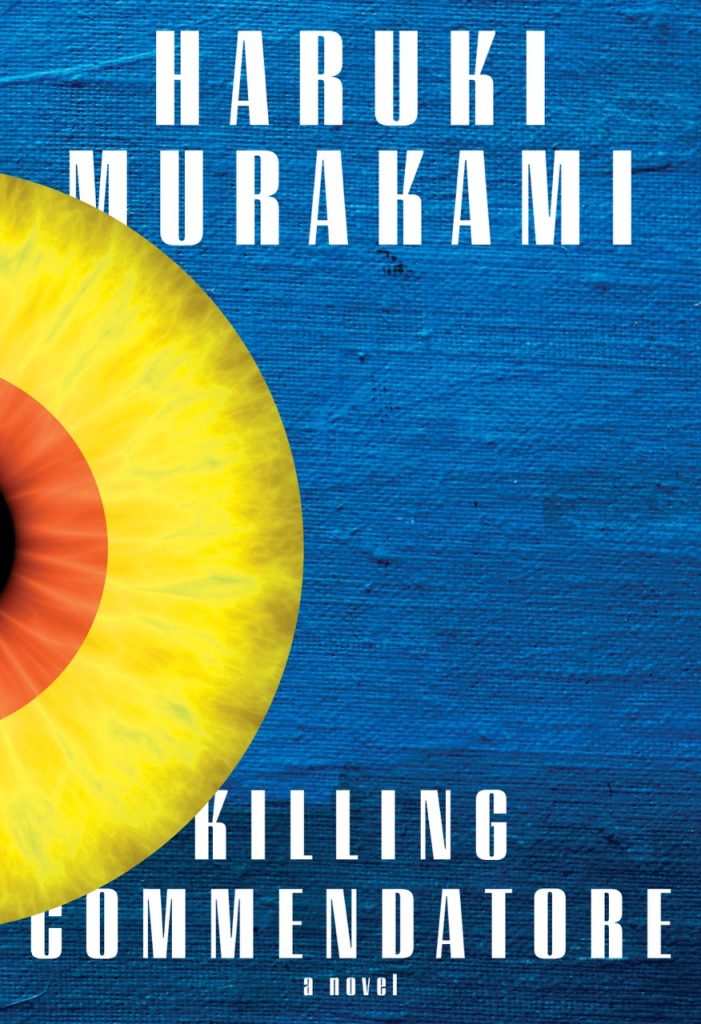 His latest novel, Killing Commendatore, is no exception. Reading as a greatest hits of his finest moments, there is nothing here that will take you by surprise. In fact, it’s all been turned up to eleven: the sparse wilderness settings from A Wild Sheep Chase and Kafka on the Shore are here, but bigger and wilder; the hole in the ground from The Wind-Up Bird Chronicle is here, but more ominous and disturbing. The references to Fitzgerald are here but, rather than being a passing mention in the story as a whole, they are the story.

Check out our review of The Wind-Up Bird Chronicle

Killing Commendatore is Murakami’s greatest ode to the man famous for The Great Gatsby by being a loose retelling of Gatsby itself. Only, in true Murakami fashion, so much stranger.

‘You should have left the place as it was. You should never have opened it up.’

At 36, our protagonist has made his name as a portrait artist, commissioned by wealthy men to immortalise their likeness for a reasonable price. After his wife abruptly leaves him following a prophetic dream she had (Murakami trope #1), he decides to abandon his job and his life in Tokyo and takes a month-long trip which ends at a house in the mountains (Murakami trope #2) owned by a once famous artist (and the father of our protagonist’s art school friend). Much of the mystery that unfolds hereafter surrounds the life and work of this old artist, particular the unsettling titular painting soon discovered in the attic: Killing Commendatore.

The kind of mystery at play here is itself something relatively familiar to fans of Murakami, but far more dense, eerie, and successful than in any previous book, and it unravels in parallel to the Gatsby-inspired narrative: Murakami’s Jay Gatsby is the white-haired and oddly-named (Murakami trope #3) Menshiki – a man of questionable history, impressive wealth, and a charming air who lives across the valley. His green light is a strange hole in the ground (Murakami trope #4) and the role of his Nick is played by our protagonist and narrator.

‘I can’t drink too much. I’ve got to work tomorrow morning.’

‘Tomorrow is tomorrow. Today is all we have right now.’

While I may have had fun poking at the repetitive nature of Murakami’s style, he is one of the greats for a reason and this book is one of my favourites. Its twists, abstract philosophies, and dense conversations are delivered with far more success than in Kafka on the Shore; the focus on sex and desire as a plot device is both far more convincing and more abstract than in The Wind-Up Bird Chronicle; and the novel’s protagonist, while being swept up in all this strangeness and wonder, does so with a greater wit and charm than any other lead character that has come before him.

Killing Commendatore’s greatest strength is in its plotting, pacing, and delivery. Like the most competent thrillers, the novel leads the reader on a knotted, spiralling journey of increasing peculiarity that primarily takes place in a single house and, as a result, bleeds noir in complete triumph.

Not for a moment will the reader stop to wonder if the writer has let this story get away from him; it is tight and refined and, although a hefty tome of a book, a true page-turner. There’s a rhythm to the dialogue; the chapters are perfectly sized; the intrigue and tension is at all times pulled just taught enough so as not to fall lax or to snap. As a result of all of this, Killing Commendatore is certainly one of Murakami’s most finely crafted stories.

Of course, the books strongest aspect is also its biggest disappointment: it’s more Murakami. Finely-tuned, strange, and delightfully eccentric, but no great departure from what has come before it. This will satisfy some and disappoint others. Are you in the camp which says, if it ain’t broke, don’t fix it? Or would you prefer a daring departure, like when JK Rowling suddenly decided to write a mystery novel under a different name? This is an age-old argument, and when I consider how many musicians have received hate and abuse from their fans for daring to break their own mould, I wonder if perhaps Murakami is better off continuing to be the best at what he does. 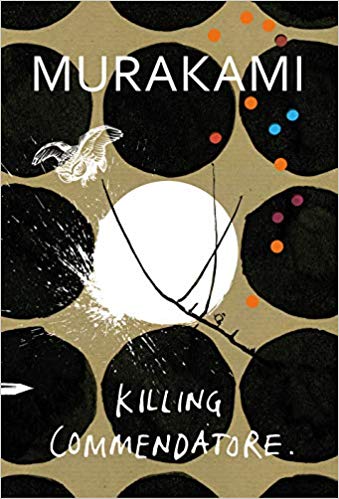