Eight chapbooks, each containing a tale (or tales) of around thirty or forty pages, all by Japanese authors of varying successes that you may not have heard of. If you have, here is more of what you already love. If you have not, these books are a wonderful treat indeed: a glimpse into the styles, themes, and stories that these writers’ minds are bursting with.

Here is the first of two articles summarising and reviewing the stories found in the Keshiki series, brought to you by the incredible people at Strangers Press. 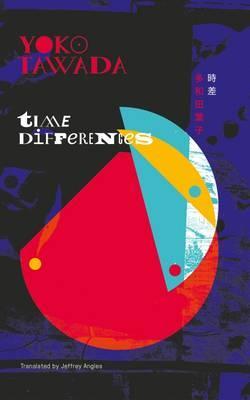 Tawada’s is a name well-established in contemporary Japanese literature (in the West at least). Her novel The Last Children of Tokyo (The Emissary, nominated for this year’s National Book Award in Translated Literature, is one of the most moving stories I’ve ever read. And so who better to begin this series than one so celebrated?

Writing about the worlds she knows so well – Tokyo and Berlin – Tawada here weaves an incredibly seamless tale of three men, whose relationships with one another have inexplicably crossed and tangled. Each one finds himself in the home country of another, and here their affection for each other is explored through simple musings, flashbacks, and daily events.

It’s a simple narrative that effortlessly moves between these three narrators, allowing us to come to understand them all intimately within the space of forty pages. A real feat for any writer. A prominent and successful writer in Japan, Yamazaki has seen little success overseas as yet, but this wonderful little collection of three tiny stories is infinitely delightful. Wildly different in tone – with one only three pages long describing our entire evolutionary journey on Earth with wit and charm; another muses on the power of nostalgia as a young woman reunites briefly with an old flame; and a third ponders what exactly makes us what we are as we search for love.

They all share in common a question of meaning and purpose.

Whether we explore our own physical evolution, pause to examine how we change as individuals over the years, or sit still in the moment to ask ourselves what it is exactly that defines the I/Me that we all are, we might each come out empty-handed, but at least we are all here, now. Yamazaki reminds us of this, with a touching kind of wisdom that could not exist for us without the wonderful translation here by Polly Barton. Separated from the other stories here having been written in English, Yoshida’s story of insomnia is incredibly touching – in almost the literal senses. As the layers are folded over and again, this surreal tale seems to rock and shake the readers mind, building this sense of confusion and unease in a very sensory way.

Reminiscent of the genius Waiting for Godot, this bizarre story of Yuki, a Japanese insomniac searching for a cure, spins itself in circles and manages to get us fully lost by its conclusion. To do so much in under forty pages is bewildering to say the least, and the power of Yoshida’s writing absolutely cannot be ignored as a result. 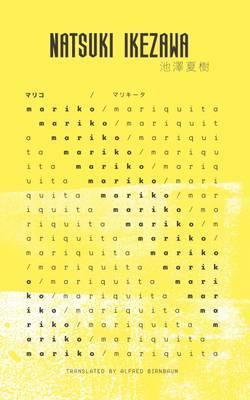 Having spent three years living in Greece and five years in France, it’s easy to see the inspiration which led Ikezawa to create a story about a woman who left her homeland, learned another language, broke through the cultural barrier, and became an entirely other person, with a new name to match. And then there’s the man who falls for her.

Koji, visiting Guam for anthropological research, meets and becomes enamoured with fellow Japanese nomad Mariko (now Mariquita), and in her he sees the person he wishes he could be. With its metaphor worn comfortably on its sleeve, the story embodies Koji’s envy, reservation, fears, and dreams in the form of a girl who has done what he cannot. His love affair with her being a fling with a possible path he will never follow. The affair itself is sweetly written and expertly translated; a simple reminder that we always have choices and our actions are our own.

We’ll be reviewing the remaining books next week. You can buy the whole set from Strangers Press here.