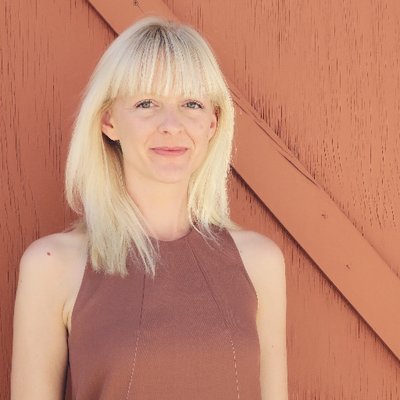 Jennifer Croft is the recipient of Cullman, Fulbright, PEN, MacDowell, and NEA grants and fellowships, as well as the inaugural Michael Henry Heim Prize for Translation, the 2018 Found in Translation Award, and the 2018 Man Booker International Prize (for her astonishing translation of Flights by Olga Tokarczuk).

She also received the Tin House Scholarship for her novel Homesick, originally written in Spanish, forthcoming in English from Unnamed Press in September, and in Spanish from Entropía in 2020. She holds a PhD in Comparative Literary Studies from Northwestern University and an MFA in Literary Translation from the University of Iowa.

I got started as a translator in college, at the University of Tulsa. Growing up in Tulsa, I was always interested in exploring other cultures, and because language had fascinated me since early childhood, the way I was able to do that before I was able to actually travel was through foreign language study. I majored in Russian and English and minored in Creative Writing, and when I graduated, it seemed like the best way for me to combine those interests/skill sets was to try my hand at translation, so I enrolled in the MFA program in Literary Translation at the University of Iowa.

There is a unique relationship that gets forged in translation that has also proved really significant for me over time. I have a memoir coming out in September with Unnamed Press (entitled Homesick) that tries to get at this aspect a bit more. It’s a very dynamic form of empathy—of understanding the other—while also retaining my own voice.

Do you find any unique challenges with translating the Polish language?

Polish grammar permits it to be more compact than English; this is the case for most of the Slavic languages. I try to be mindful of that and be as succinct as possible, without altering the author’s style.

Right now I’m translating a short story collection by Argentine writer Federico Falco called A Perfect Cemetery, which is one of the most brilliant and beautiful things I’ve ever read, and I have a project at the Cullman Center at the New York Public Library to translate Olga Tokarczuk’s most recent novel, The Books of Jacob, a magnificent, thousand-page historical epic about the leader of a Jewish heretical sect. That’s pretty great, too.

As for my own projects, I’m working on a novel called Fidelity and a personal history of guns in the U.S.

Aside from Polish, Russian and Spanish, I’ve studied Croatian, French, German, Italian, Turkish and Ukrainian, but it’s hard—if not impossible—to maintain languages without coming into regular contact with them. I like to read in French and am hoping to do more with German soon.

I’m full of advice I may or may not follow myself. I think it’s important to live in the country you want to translate from. There are lots of little things you can’t get from afar. I think it’s important to read widely in your source language as well as your target language. I think, as with anything, there is never enough time to do as much due diligence as you would ideally do.

Lastly, I think it’s hard—but maybe not impossible—to earn a living in the United States as a freelance literary translator. I rely on grants and fellowships and have been extremely lucky in the past year to also win some prize money; in the past I have had to borrow money from friends at various stages just to scrape by, and I suspect in the future I will have to get a “real” job.

I just started Madhuri Vijay’s The Far Field, from Grove Atlantic. Pretty excited about it so far.

Read more from our Meet the Translator series.

Let us interview you! We’re planning on interviewing translators for the foreseeable future; we’re really excited to share the stories of the wonderful people who give us the opportunity to enjoy stories from other cultures. If you’re a translator (literary or otherwise) and would like to be interviewed, get in touch with us!