Snow, Dog, Foot is an absolute delight. Let’s start there. This book is Cormac McCarthy with a sense of humour. It’s a novel that traverses the entire landscape of human emotion with a talking dog in tow. It demands a little excited imagination from you and, in return, offers a strange and endearing tale that concerns, in great detail, snow, a dog, and a foot.

A roaring and celebrated success in its native Italy, Claudio Morandini’s Snow, Dog, Foot has been lovingly translated by J Ockenden and the book deserves to find as much success now in the English-speaking world.

Adelmo Farandola, almost always referred to by his full name, is a voluntary loner; a man of the alps; a hermit who lives his life alone in a cabin, a strained and difficult climb away from the nearest village.

In the winter, he gets snowed in. In the summer, he climbs even higher and spends the warm months as close to the sky as possible. He doesn’t wash, doesn’t talk to people, and he might be going mad. All of this makes for one of the most humorously and sweetly endearing protagonists I’ve enjoyed in some time.

As the novel begins, Adelmo Farandola is heading for a rare trip into the village at the base of the mountain, in order to restock on supplies that will see him through the quickly encroaching winter. That’s the snow of Snow, Dog, Foot. In the village, he is met with surprise and confusion from villagers who insist he was only there last week doing the same thing. Adelmo Farandola doesn’t recall. Is he going mad?

Soon after, a dog follows Adelmo Farandola home, and he quickly forms an intense partnership with the dog (of Snow, Dog, Foot). It’s not a relationship fraught with fear and danger like that of I Am Legend (the book), but rather one full of humour and banter. That is, once the dog starts to talk and the two fall into deep arguments. Is he really going mad?

Winter soon sets in and the snow falls hard. Adelmo Farandola and the dog are snowed in. As their supplies dwindle, Adelmo Farandola repeatedly threatens (jokes?) to eat the dog if he has to. Once the snow begins to melt, however, they discover a human foot poking out of the snow (and so, our title is complete).

With each day that passes Adelmo Farandola asks the dog what they should do with the foot, to which the dog reminds him that they’ve already had this conversation. They have it every day. He must be going mad.

At around 120 pages, Snow, Dog, Foot is exactly as long as it needs to be. It’s a book with, as Ockenden explains in the translator’s notes, three protagonists: the man, the dog, and the mountain. The landscape of this novel lives and breathes. It rises up as a challenger to the man’s life. It antagonises and brutalises and loves and embraces. It’s a harsh but fair guardian.

And across these 120 pages, Snow, Dog, Foot manages to fully explore this man’s relationship to the mountain. It’s this relationship that carries a narrative of such isolation. Without making the mountain such a defined character in its own right, the novel would fall apart.

As such, this is a novel not only about man’s relationship to nature, but nature’s relationship to man. As well as the mountain challenging and embracing Adelmo Farandola, we also have the nameless dog offering doggy witticisms and observations.

So lively and savvy is this dog, far more so than Adelmo Farandola himself, that we begin to think that, surely, he must really be talking. There’s no way that a dull-brained man like Adelmo Farandola, mad or not, could invent such a cheeky and charming personality for his dog as what we have here. Then, are we the ones going mad?

This copacetic relationship between man and nature is even counterbalanced by our man’s one other human interaction: with a ranger who roams the mountain and does his best to show concern for, and a kind of camaraderie with, Adelmo Farandola.

The ranger is sweet, kind, a little cowardly, but genuinely caring. What he gets from Adelmo Farandola in return is befuddlement and impatient frustration, which, in itself, is marvellously entertaining.

Following the journey and watching the unfolding madness of this mountain hermit never, for a single page, becomes tiresome. Snow, Dog, Foot does not lack agency or direction. Neither is it a book overflowing with engaging themes that will have you changed by the end of your reading. What it is instead is a finely tuned, elegantly crafted short novel that entertains, confuses, tickles, and misleads its readers in equal measure.

To call Adelmo Farandola an unreliable narrator might be stretching the term a little. He’s more a confused protagonist, since he isn’t, and would certainly not qualify to be, a narrator. His memory is unreliable, and he lives his life in wobbly, poorly constructed loops.

Some days he does not remember the dog, and a life of isolation has pulled at the threads of his mind until it is all but unravelled. There’s more than a little sadness to this, but thanks to the banter he has with the dog, it never becomes a depressing tale. It always sits at the edge of comedy, while also teasing us with just enough bleakness and sorrow.

There is so much charm to this novel. Snow, Dog, Foot is a book that deftly brings its setting to life as a character in its own right; one with agency and power. It’s a book that toes a thin line between comedy and tragedy. It takes a grumpy, confused old hermit and injects him with humour and a little sorrow, hands him a dog and has him spend a harsh winter, one which he barely survives, arguing with it. Only then does it toss us a death that may or may not ever be solved.

It’s impossible not to be utterly charmed by the man, the dog, and the mountain. Snow, Dog, Foot is thoroughly infectious in its dialogue, romantic in its depiction of the snow-covered mountain, and gripping in its narrative. I had so much fun with this novel, and I’m already looking forward to reading it again. 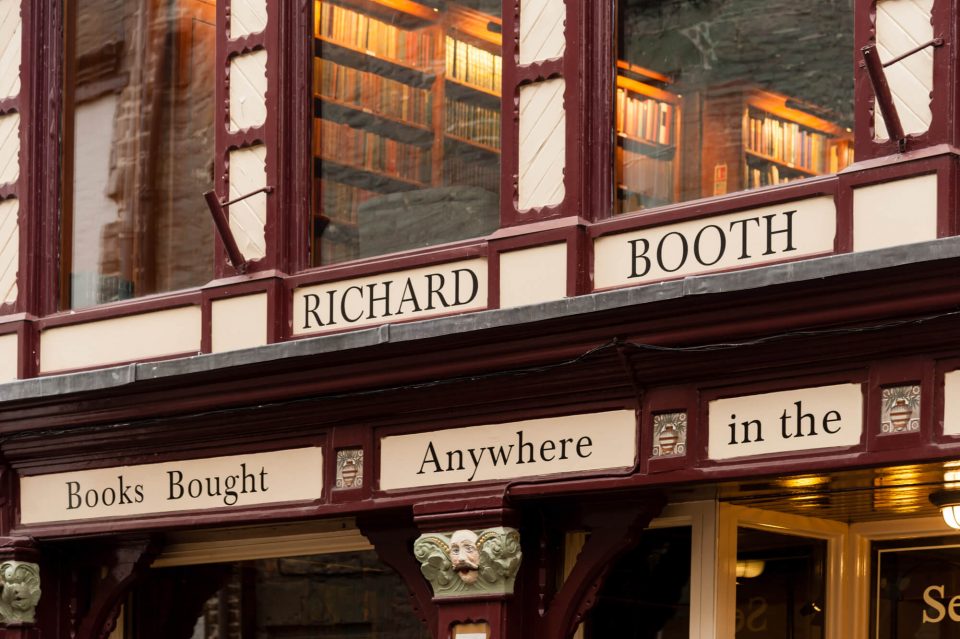 Next
Visit Hay-on-Wye: Britain's Beautiful Booktown
Click here to cancel reply.
As an Amazon Associate, we earn from qualifying purchases at no extra cost to you. This post may contain affiliate links that earn us a commission.