10 Books to Read Before You Visit Denmark

Denmark is often celebrated as the happiest place on Earth today, and in our experience, that is honestly true. What makes Denmark so exciting as a country is the contrast between its happy, positive, and friendly modern world and the thrilling history of seafaring Vikings the land was once known for a thousand years ago. And, of course, we mustn’t forget Hans Christian Andersen, the godfather of fairy tales.

Born in the town of Odense, Andersen travelled extensively but spent most of his adult life in Copenhagen. And he’s not the only great author to come out of Denmark, classic or modern. If there’s one person to read before your Denmark vacation, it’s him. But there is also so much more to discover about the arts and history of Denmark.

So, if you want to truly understand what makes Denmark such a happy place today, as well as dig into its exciting war and Viking history before your Denmark vacation, read on! And, of course, the best way to the heart of a nation is through its writers, so here you can also discover the best writers from Denmark today.

Wonderful Books to Read Before your Denmark Vacation

There are many editions and collections of Andersen’s Fairy Tales, but our favourite is the Penguin edition with translations of 30 fairy tales by Tiina Nunnally. The translations are sharp and the collection itself is beautiful in that Penguin classic way.

If you want the definitive collection of Hans Christian Andersen’s Fairy Tales to enjoy before your Denmark vacation, this is it – in a stylish and beautiful copy, illustrated by Anders Nilsen.

The Little Book of Hygge by Meik Wiking

Hygge (pronounced hugh-guh), became a global sensation of a philosophy a few years back, and with good reason. It is often touted as the secret to Denmark’s happiness as a nation (though that might be actually down to its fantastic socialist policies and school system, but who are we to say).

The Little Book of Hygge aims to teach readers how to enjoy the calmer, simpler joys in life – how to admire and be grateful for the small comforts you can feel in the quieter moments of your daily life. But more than that, it’s also a peek behind the curtain of Danish living. It allows us to see what it is that makes Denmark such a uniquely pleasant and welcoming place to be.

This brand new novel, translated into English by Martin Aitken, is a raw and intimate exploration of the ways in which young and vulnerable people can feel emotionally stretched thin. It tells the semi-autobiographical story of Bjørn, a teenager who begins to cut himself as a means of finding relief from his own fear of his blossoming sexuality, as well as the stresses caused by his depressed mother.

The overly lengthy and uncomfortably scientific nature of the book’s title gives a sense of the discomfort and unsettling emotional pain which is experienced by the protagonist and witnessed, voyeuristically, by the reader. It’s not an easy book, but one that is emotionally gratifying as we begin to feel our sympathies grow and shift. A wonderful new Danish novel.

We, The Drowned by Carsten Jensen

Translated by Charlotte Barslund, this modern Danish classic is an epic novel in every sense of the word. We are uncomfortably aware that, to be considered an epic, a novel often has to be long and set at sea, and that We, The Drowned covers both of those requirements. But there is something so undeniably epic about a journey across the open seas, especially one which covers a hundred years and spans two wars, beginning back in 1848.

This is a powerful novel which does justice to Denmark’s rich and legendary seafaring history.

The Fall of the King by Johannes V. Jensen

Translated by Alan G. Bower, The Fall of the King is regarded by Danish readers as the most important Danish novel of the twentieth century. And if that’s not enough to convince you, it’s also, quite simply, a riveting tale of historical fiction which has more in common with the best Western fantasy novels of today (reminiscent of the epic fantasy novels of Robin Hobb and Patrick Rothfuss).

Set in the 16th century, The Fall of the King tells the tale of a lazy student turned royal mercenary who travels to Stockholm, Sweden from Denmark as the Swedish nobility are falling under execution. It’s an exciting tale that grants insight into the story of Scandinavian history, from Denmark and beyond. It also won the Nobel Prize in Literature, which is one more feather in this book’s impressive cap.

Isak Dinesen’s true name was Karen Blixen. Baroness Karen Blixen. She was most famously the author of Out of Africa, the biographical story of her time running a coffee plantation in Kenya. But before moving to Africa, and under the pen name of Isak Dinesen, Blixen penned this incredible book of gothic stories.

Truly dark tales laced with love, treachery, betrayal, paranoia, and corruption. These are romantic and poetic tales, true to the long legacy of gothic fiction, and some of the finest stories to come out of Denmark. A fantastic companion collection to Andersen’s fairy tales.

Translated by Lotte Shankland and gathered by editor Helen Constantine, this collection of 17 short stories about the place and people of Copenhagen perhaps does more than any other book on this list to encapsulate and represent the true modern lives of people in Denmark’s magical capital city.

The stories in Copenhagen Tales not only epitomise the modern world of Denmark, but also represent Denmark’s literary landscape, having been written by some of the best writers and authors from Denmark today. If you want to see the beauty of Copenhagen through the eyes of its writers before or during your Denmark vacation, this book will allow you that pleasure.

Danish food is fantastic. It’s both healthy and decadent; something you’ll really adore during your Denmark vacation.

She teaches us the culinary history of Denmark’s capital, guides us through this beautiful city by the hand, and offers us 70 of the finest traditional Danish recipes to cook at home. This is the ultimate culinary, culture, travel, a cookbook of Denmark, all rolled into one fantastic and engrossing narrative.

Real talk: if a novel has been recently published by NYRB, you can assume it’s a valuable classic that was once lost to time and is absolutely worthy of yours. And Havoc, translated by Carl Malmberg, is a perfect example of this.

Havoc is a riveting and tantalising story of one man’s intentional journey into self-destruction. Our protagonist, Ole Jastrau, is a critic working for a newspaper whose ethics he doesn’t agree with. He has no love for his wife or any paternal instincts. He plays around with the church but doesn’t care enough. He considers communism but isn’t committed enough. And so he packs it all in and turns to drink. This is a wildly strange yet oddly comforting story of the temptations of self-destruction.

Countrymen: The Untold Story of How Denmark’s Jews Escaped the Nazis

Knowing the modern history of Denmark before your Denmark vacation isn’t a bad idea. And this fantastic book, Countrymen, written by Danish historian Bo Lidegaard and translated into English by Robert Maass, is an engaging and revealing history book which covers an aspect of World War II history that we’re simply not taught about in the UK and the US.

It’s too easy to overlook how WWII affected countries other than Britain, the Netherlands, Poland, Austria, and France, and so this book serves as a goldmine of fascinating information and incredible stories for those of us who perhaps don’t know our war history as well as we like to think. Countrymen is a valuable and worthwhile read, to say the least.

If you’re considering writing your own stories and becoming an author, take this writing class from author Yiyun Li or any other Skillshare class and get a 30-day free trial for 30,000+ classes from Skillshare. 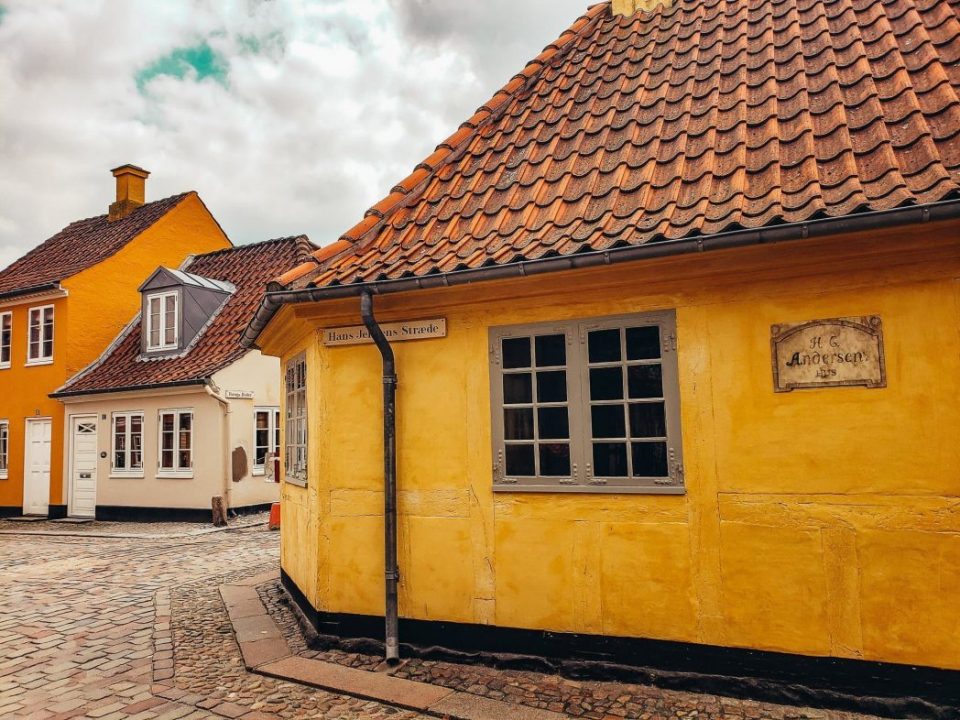 Previous
How to Spend a Perfect Day in Odense, Denmark 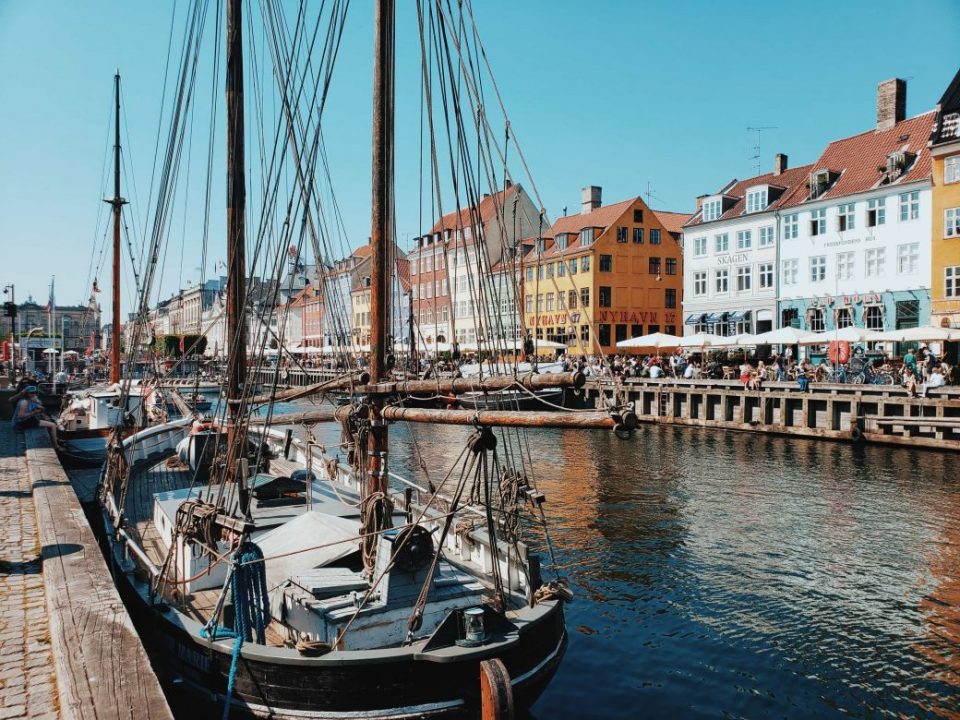 Next
Copenhagen Itinerary: 3 Days in Denmark
Click here to cancel reply.
As an Amazon Associate, we earn from qualifying purchases at no extra cost to you. This post may contain affiliate links that earn us a commission.